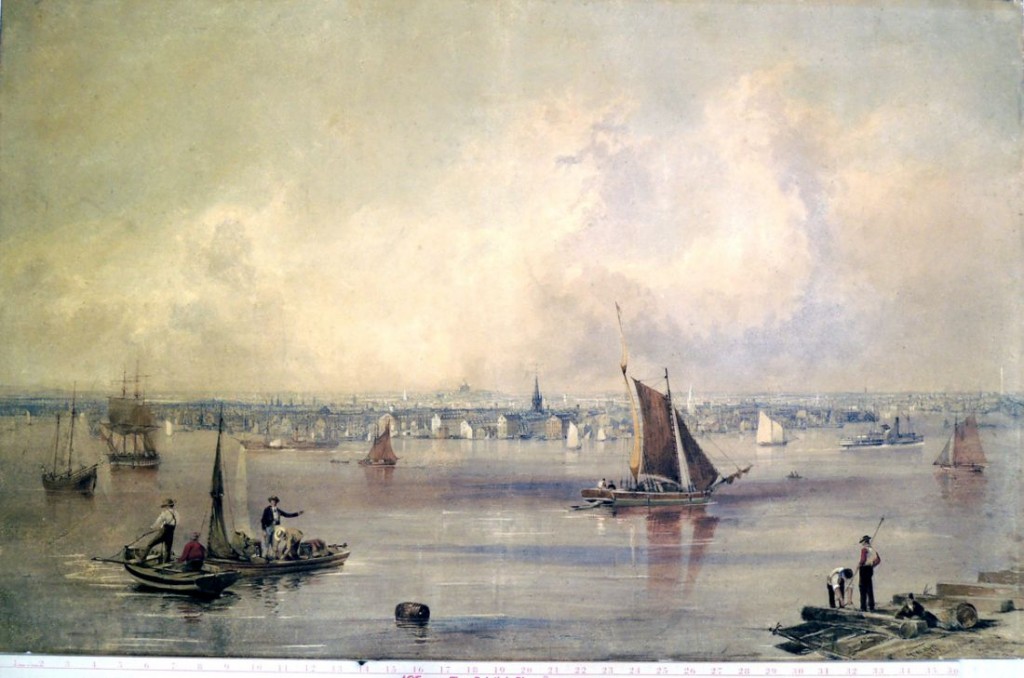 In 2002, Leonard L. Millberg, Class of 1953, donated a group of drawings and watercolors to the Princeton University Art Museum and to the Graphic Arts Collection in Firestone Library. Among the twenty-three works were a pair by the American artist John William Hill (1812-1879), the son of the British aquatintist John Hill (1799–1836). Thanks to Mr. Milberg, the Graphic Arts Collection has a number of J.W. Hill’s most important birds-eye view cityscapes, several of which have already been posted.

The first work [seen above] is a finished watercolor on a grand scale and the other [seen below], the steel engraving after that painting. Within the view of Boston and its harbor, we see the statehouse dome rising in the center background and the Bunker Hill Monument at far right. 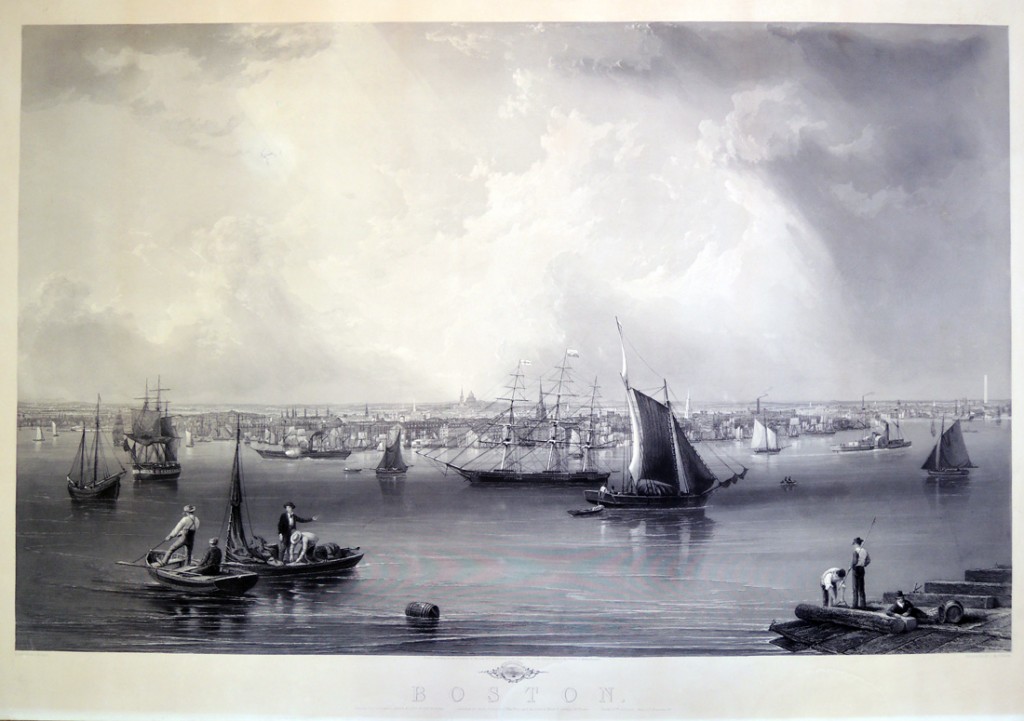 Although Hill painted Boston in 1853, it took four years before the engraving by Charles Mottram was published jointly between Paul & Dominic Colnaghi & Company in London, Smith Brothers & Company in New York, and F. Delarue by in Paris. Due to the enormous popularity of the print, at least one other impression was published by the firm of McQueen.

For our students, this set offers the rare opportunity to study how a painting is translated into an ink print and the amazing ability of the engraver to capture details. Even the clouds in the sky are rendered with accuracy and depth. 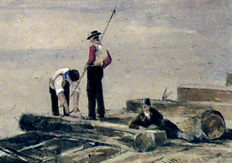 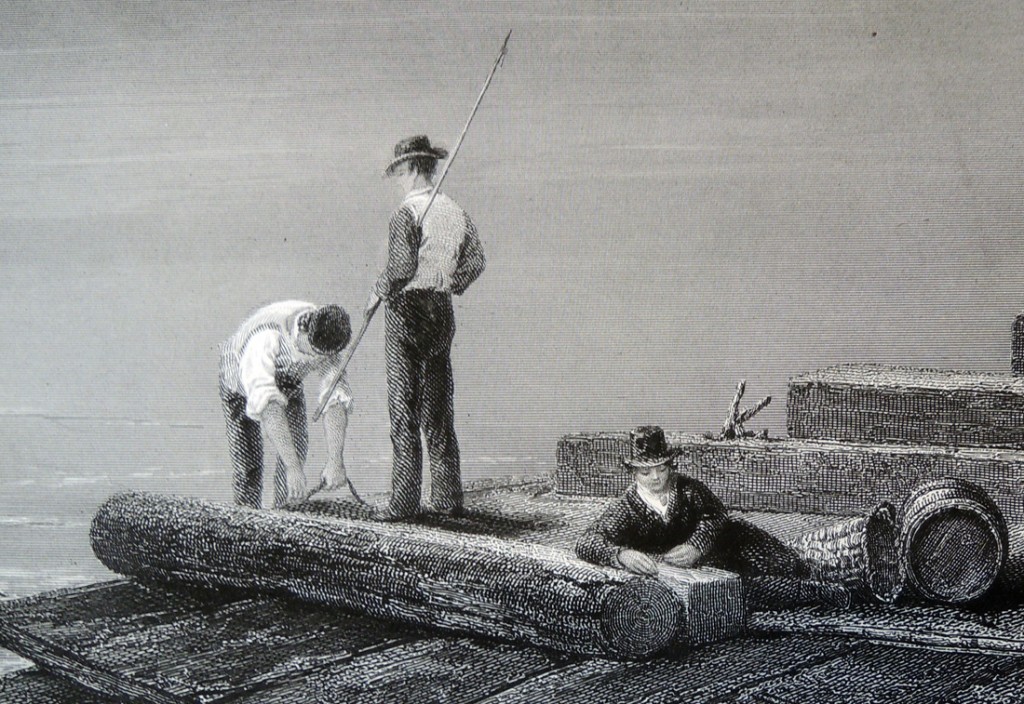