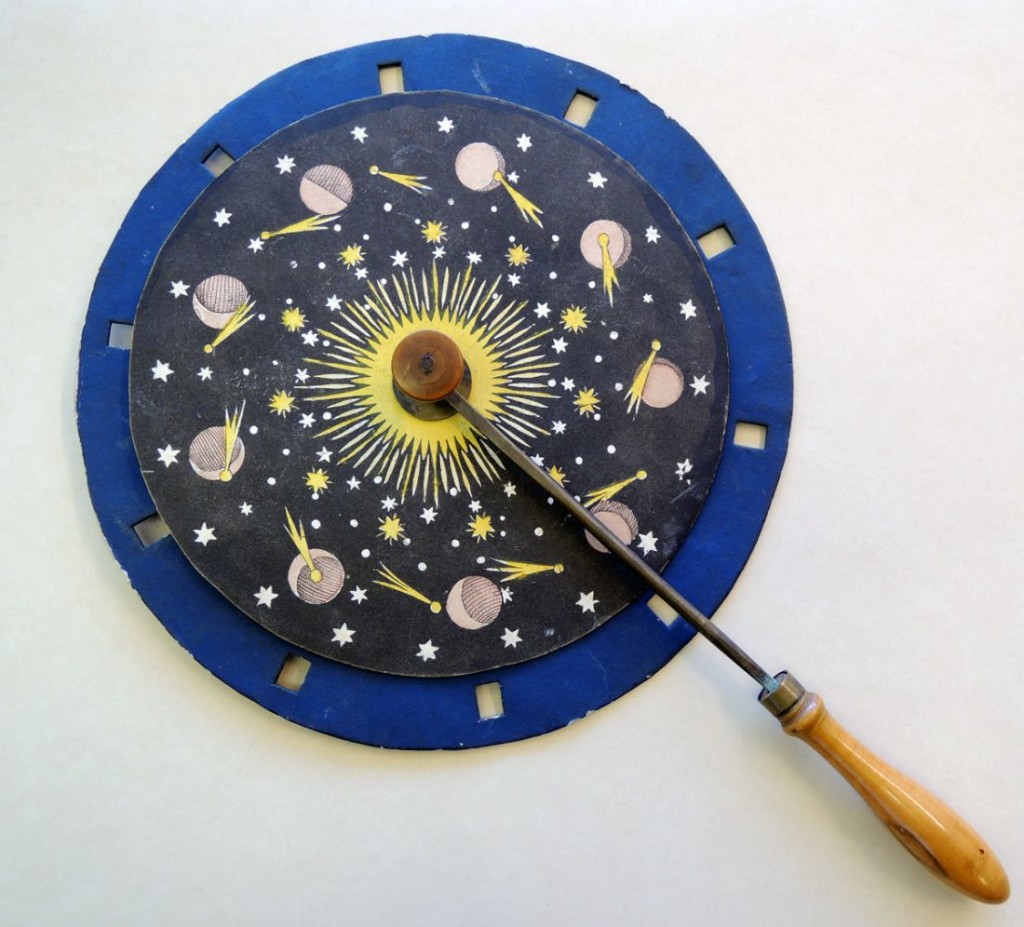 A trade card for the Amsterdam microscope salesman Abraham van Emden (1794-1860) described him as a physical, mathematical, and optical instrument maker. He also handled thermometers, barometers, lenses, compasses, and other scientific devices.

In the 1830s, van Emden manufactured Toover-schijf [magic or enchanted disks], an early hand-held variation of the phenakistoscope. The Graphic Arts Collection recently acquired one of his marbled boxes of toover-schijf, which includes 9 lithographic disks with sequential images, one guide disc with viewing slots, and a wood handle. Standing in front of a mirror, the user spins the disk while looking through the moving slots and sees a moving image. 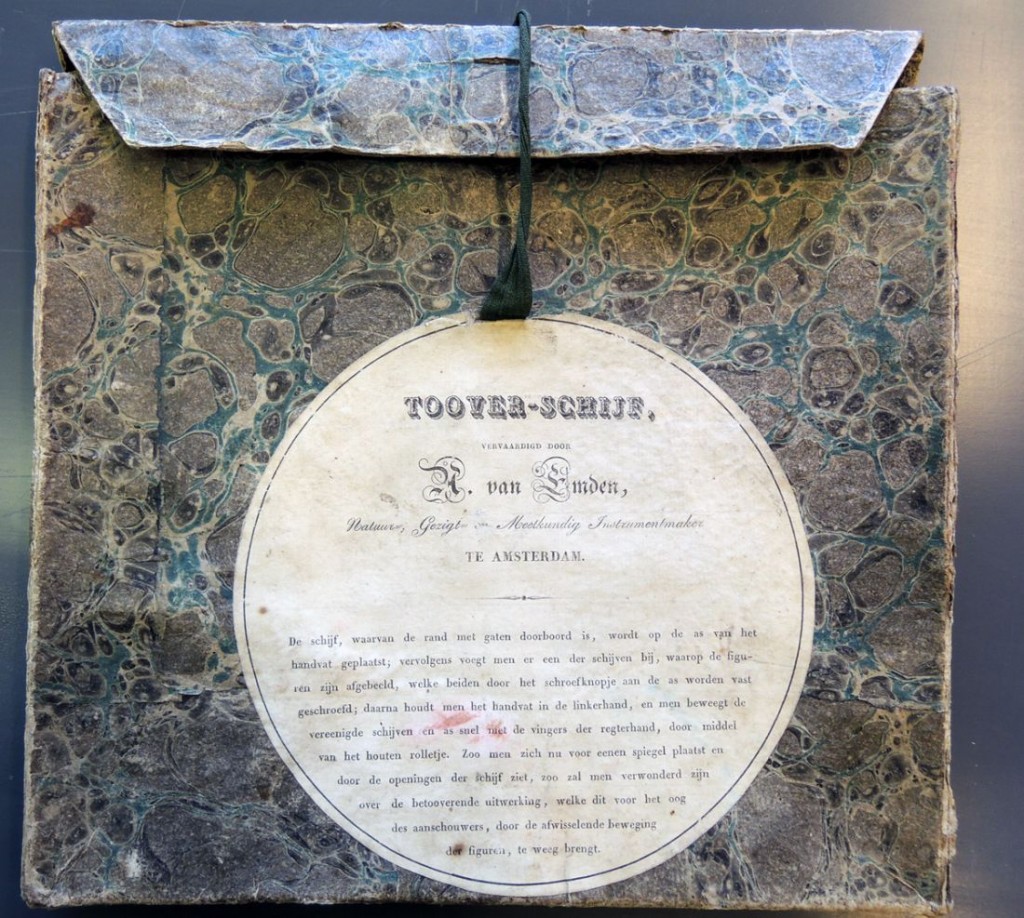 According to van Emden, “one will be surprised by the floating enchantment, bringing to the eye of the beholders, the alternating movement of the figures.” On most, there are figurative images on one side and geometric on the other, with a separate sequence around the center hole.

The invention of the fantascope or phenakistoscope is usually credited to Joseph Plateau (1801-1883), taking the name from the Greek word phenakizein, meaning to deceive or cheat. The eye of the viewer is deceived into thinking it sees a moving image. The Costen Children’s Library has one of Plateau’s devices: Joseph Antoine Ferdinand Plateau (1801-1883), Fantascope invented by Prof. Plateau (London: Ackermann, [1833]). CTSN Opticals 2282. 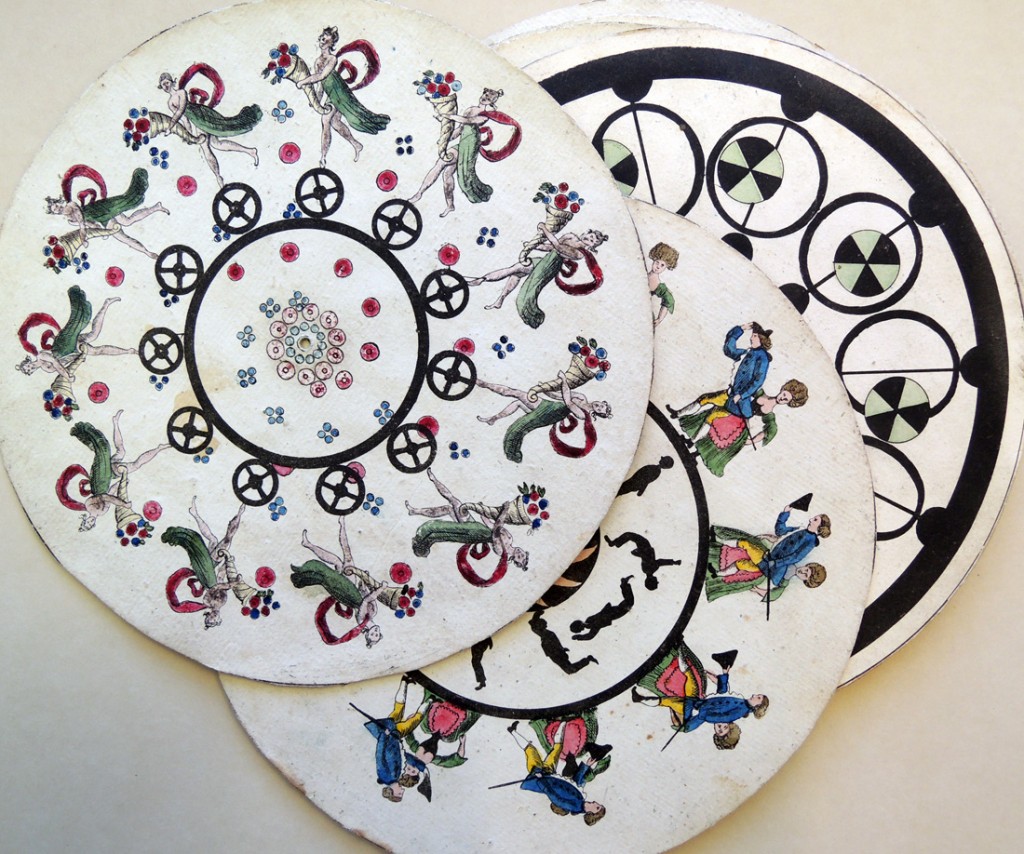