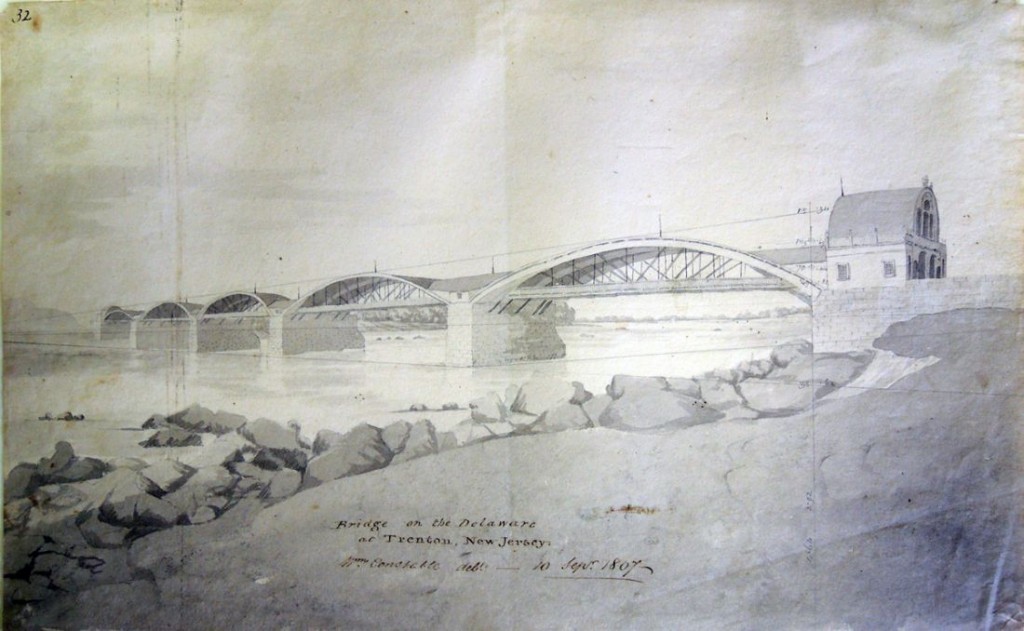 Twenty-three year old William Constable (1783-1861) arrived in the United States at the end of June 1806 and spent the summer sketching the waterfalls of New Jersey and New York. For the next two years, he and his brother Daniel traveled across the United States with a dog named Benjamin Franklin.

Constable kept a series of sketchbooks, recording the exact date and location that he painted. Thanks to this, we know he circled back to New Jersey the second year to create this view of the Trenton bridge, only in its second year of operation. The innovative structure was the first bridge across the Delaware and of particular interest to Constable, who returned to England to become a civil engineer and surveyor.

His career took a turn in 1841, when Constable taught himself to make daguerreotypes and opened the first photographic portrait studio in Brighton. To read more about his years in the United States, see Early topographical views of North America by William Constable (1783-1861) (New York, N.Y.: Wunderlich, 1984). Graphic Arts Collection (GA) 2004-0712N

Constable also created the view below of the Mill at Parkman Town, on the Head Water of Grand River in 1806. 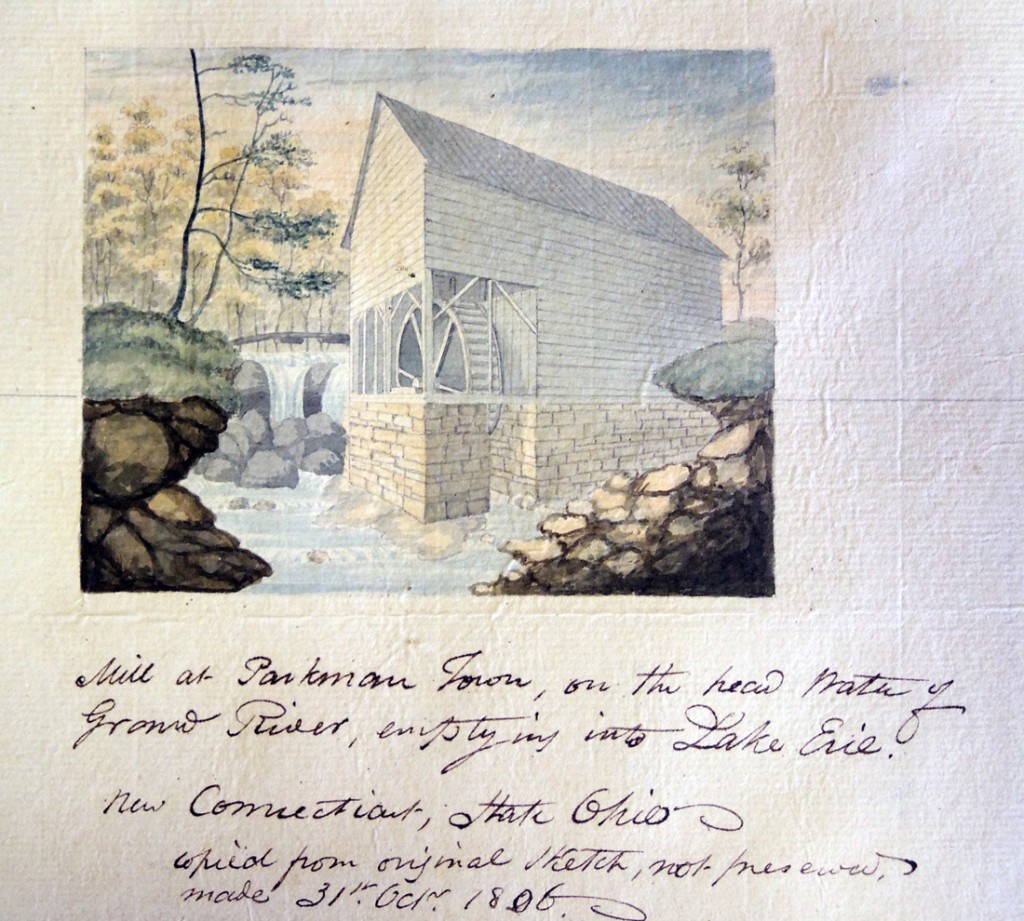