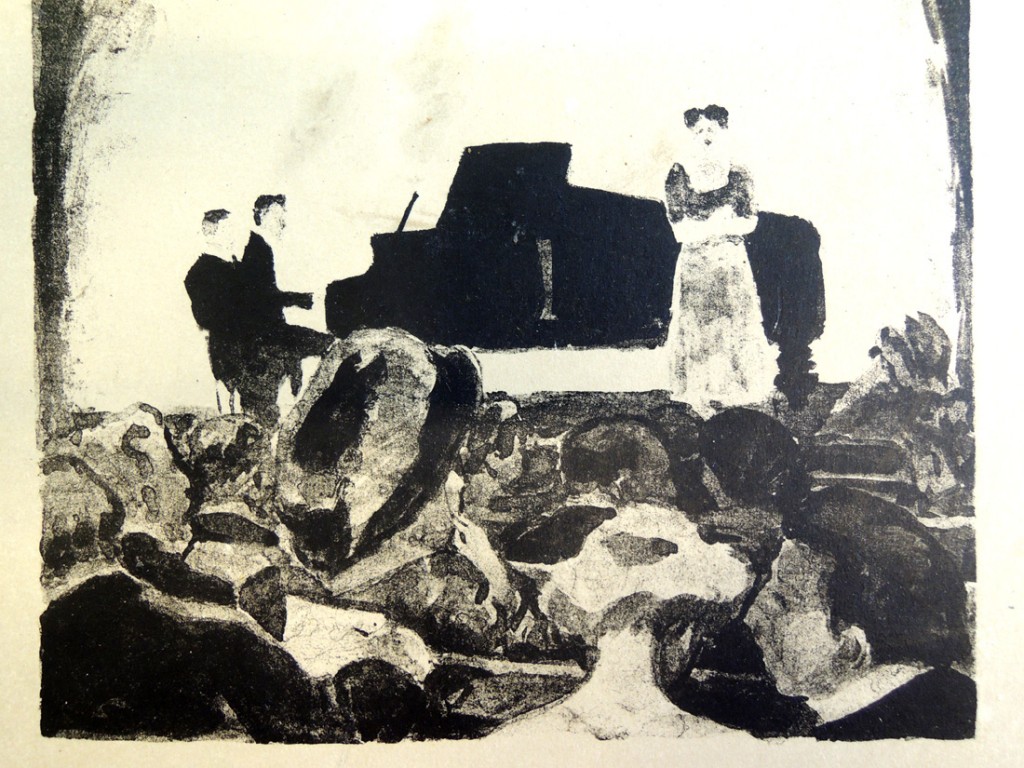 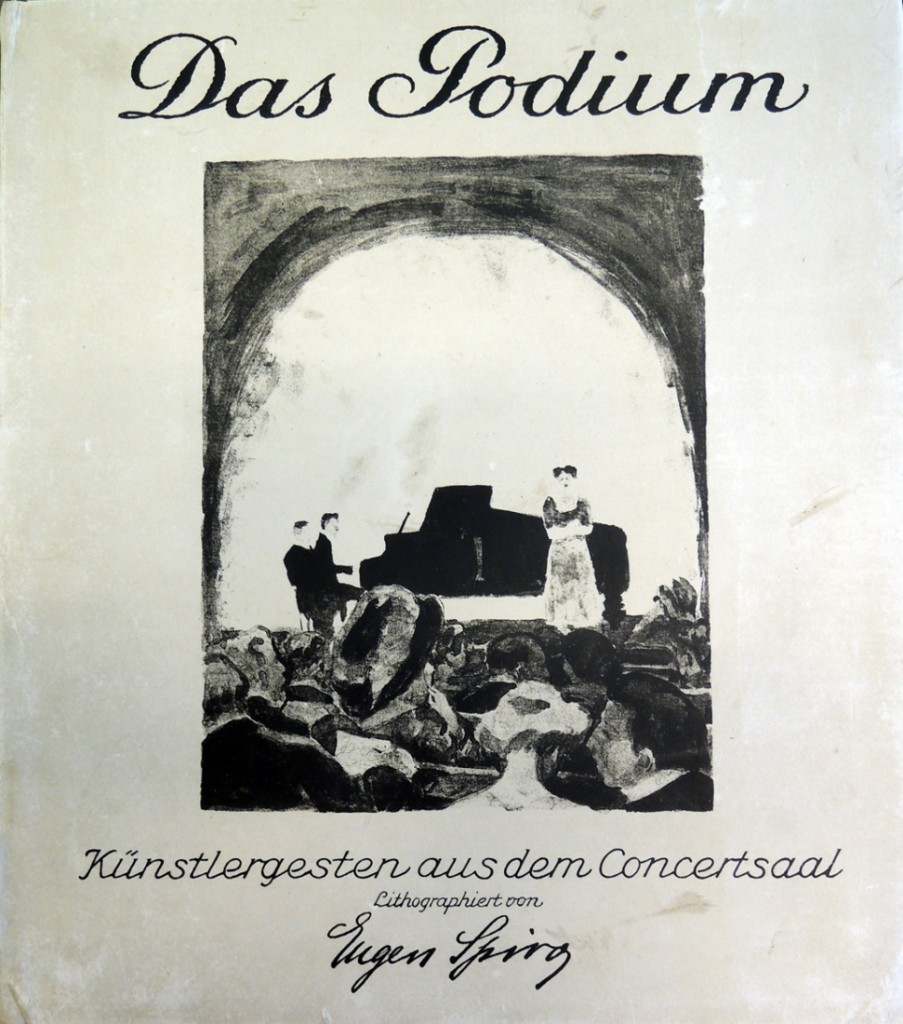 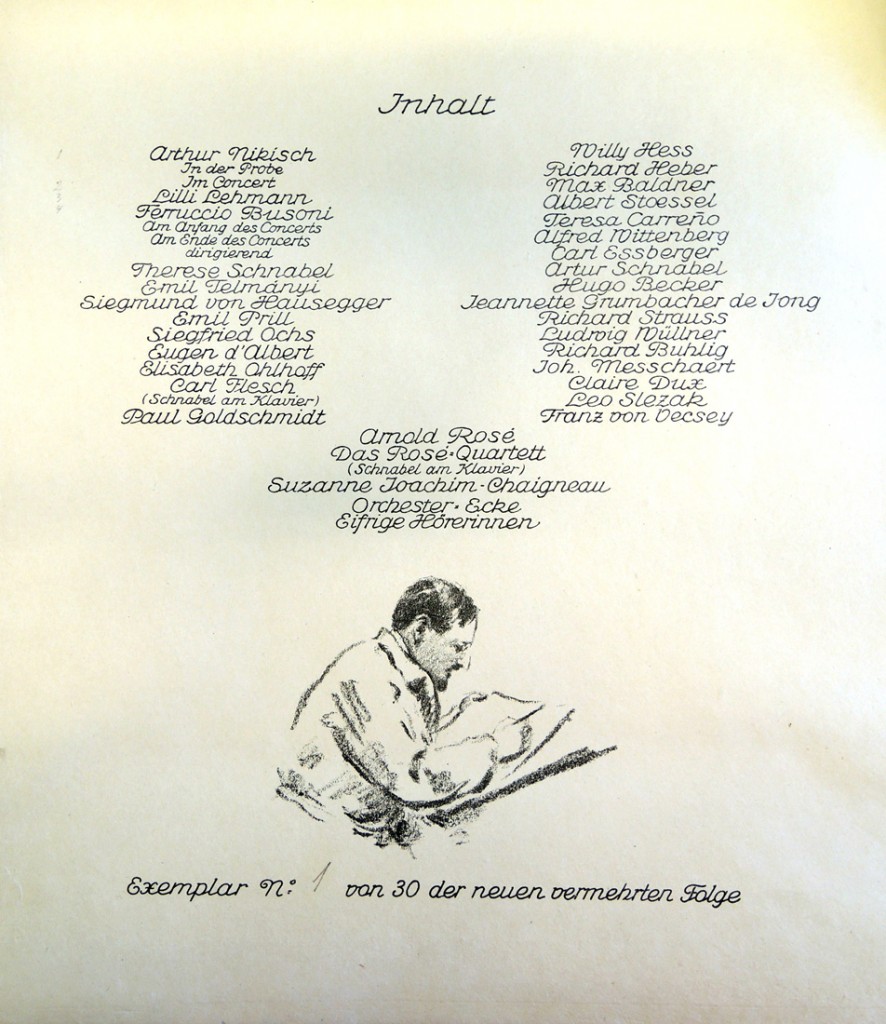 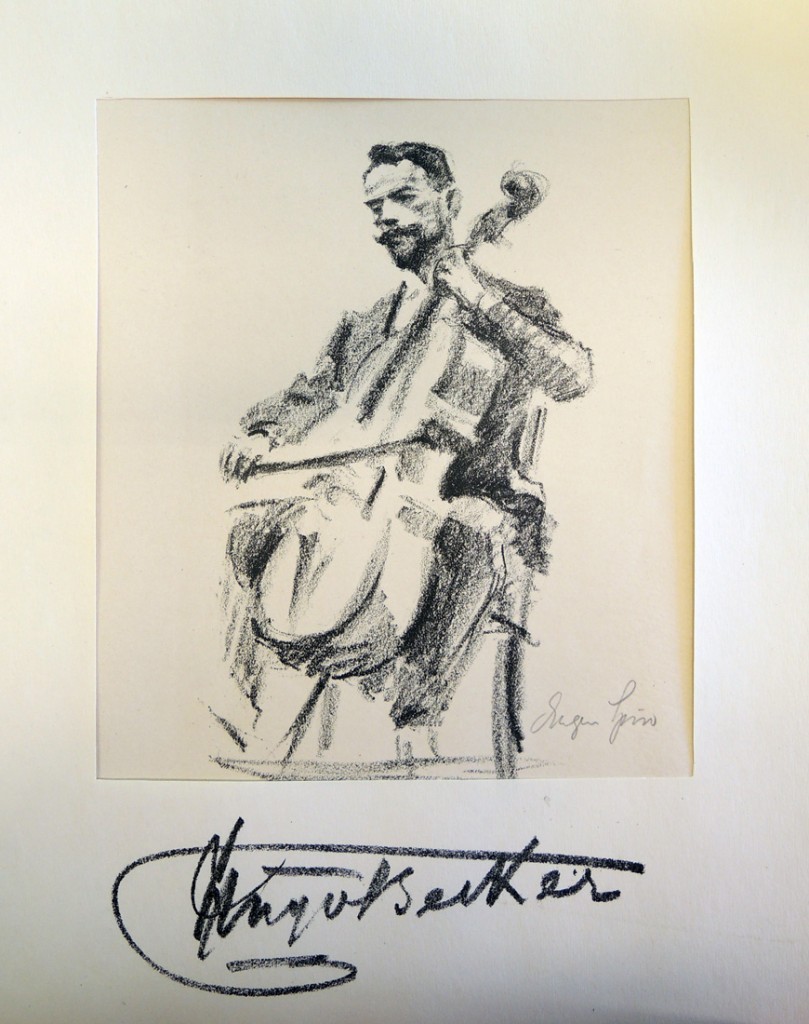 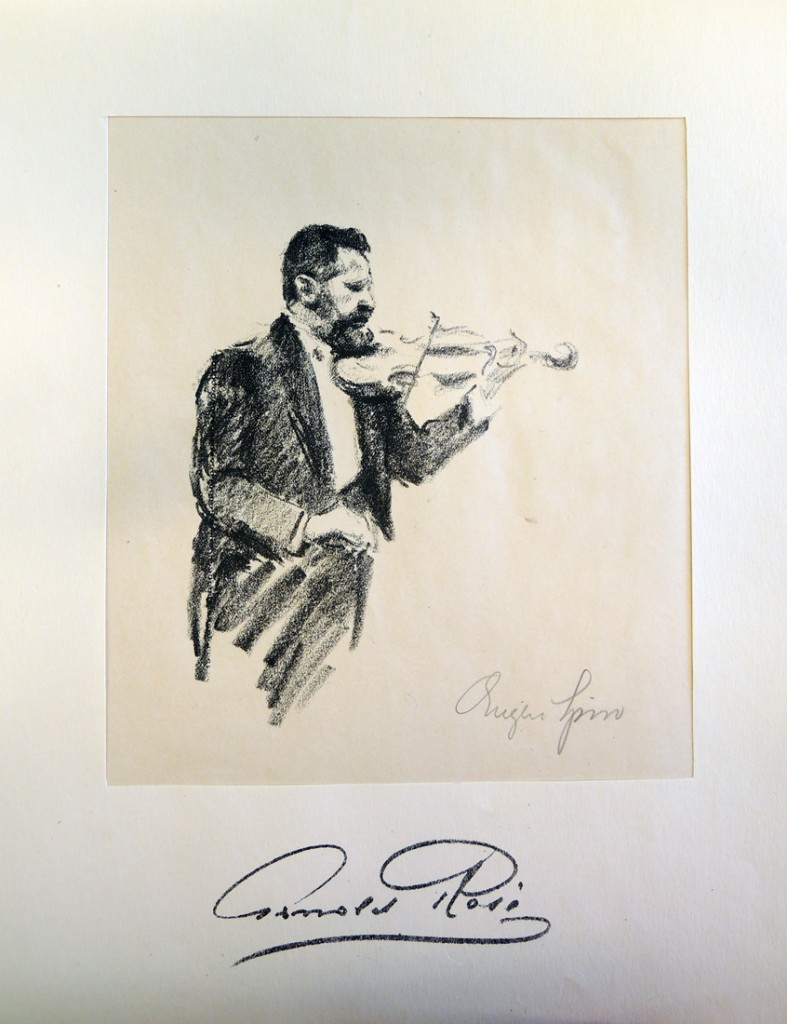 In 1904, the German-American portrait painter Eugen Spiro (1874-1972) moved to Berlin and joined the Berliner Sezession, publishing in the Jugendstil journal Jugend (Cotsen CTSN Press Q 19871). When his marriage ended, Spiro planned a trip to Paris but not before overseeing the publication of his lithographic portraits of musicians, Das Podium. Künstlergesten aus dem Concertsaal (The Podium. Sketches from the Concert Hall). The edition of 30 copies includes 37 plates, each in a paper mat.

After thirty years teaching and exhibiting, Spiro was prohibited from working by the rising Hitler government. He resigned his honorary posts and in 1936, resigned his German citizenship, immigrating to the United States. For more about his fascinating life, see Eugen Spiro: 1874 Breslau-1972 New York: Spiegel seines Jahrhunderts (Alsbach: Drachen, 1990). Marquand Library (SA) ND588.S644 A232 1990