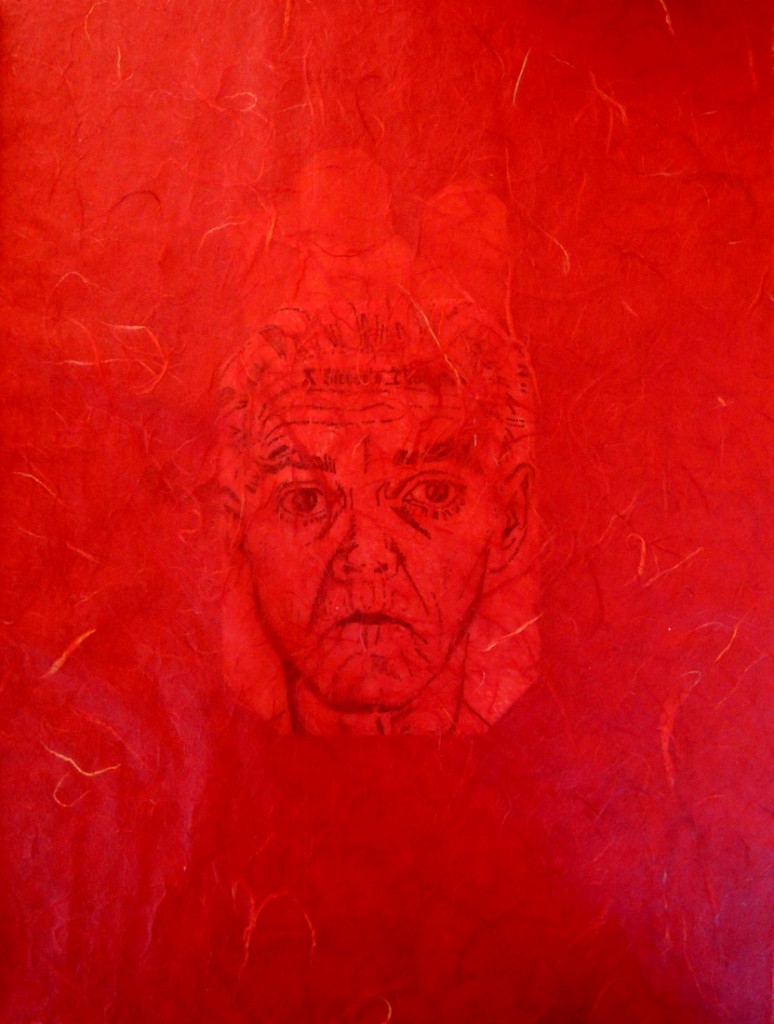 Inside back cover, image under Japanese paper

Next month on May 18, portrait artist Don Bachardy will celebrate his eightieth birthday. Thanks to the generosity of Peter Putnam, Class of 1942 (1927-1987) and the Mildred Andrews fund (named for his mother), the Graphic Arts Collection holds 27 portrait drawings by this talented California artist. In addition, Putnam donated several books of Bachardy’s portraits, including October (1981) and Don Bachardy: 100 Drawings (1983). . 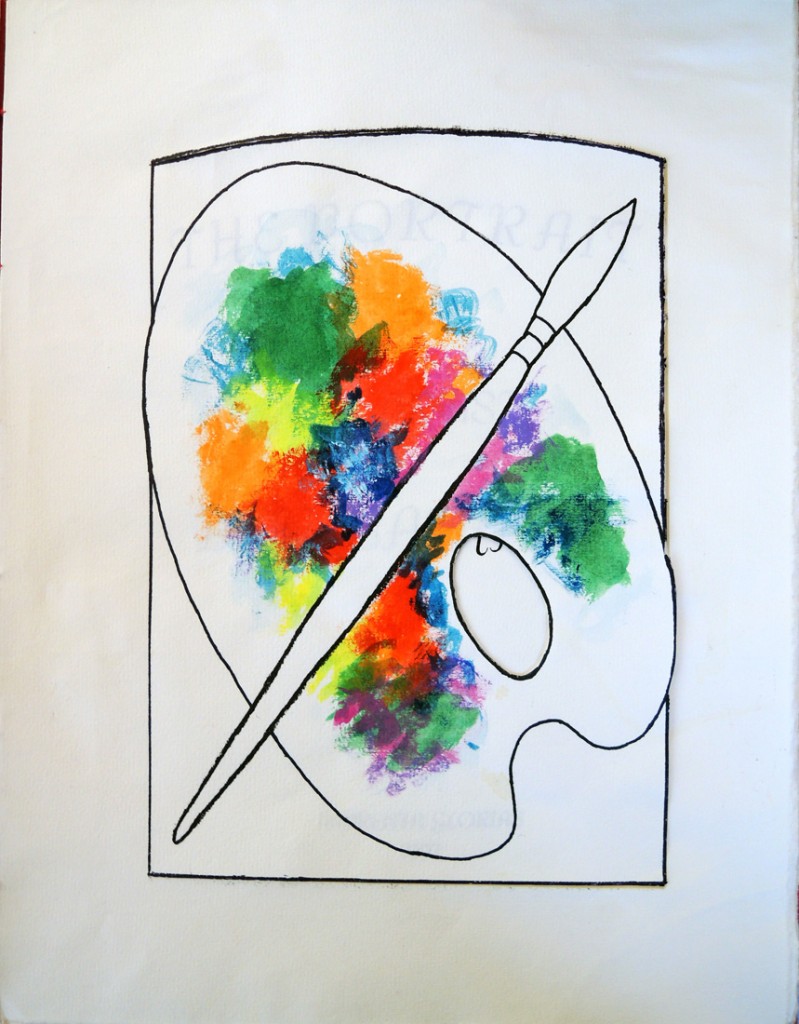 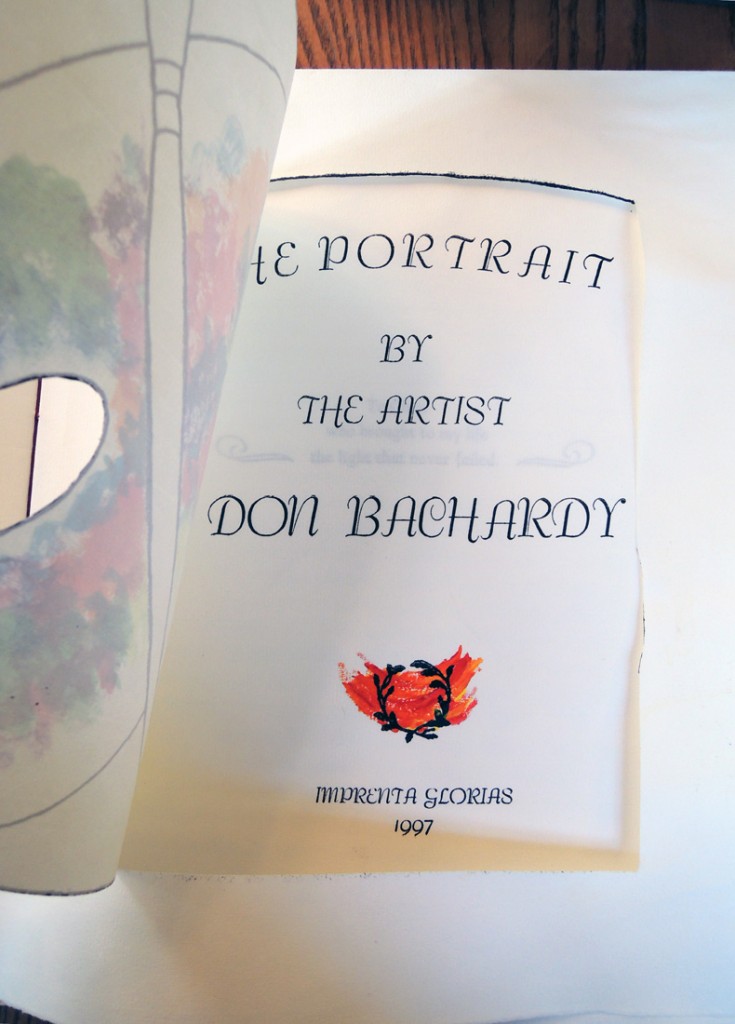 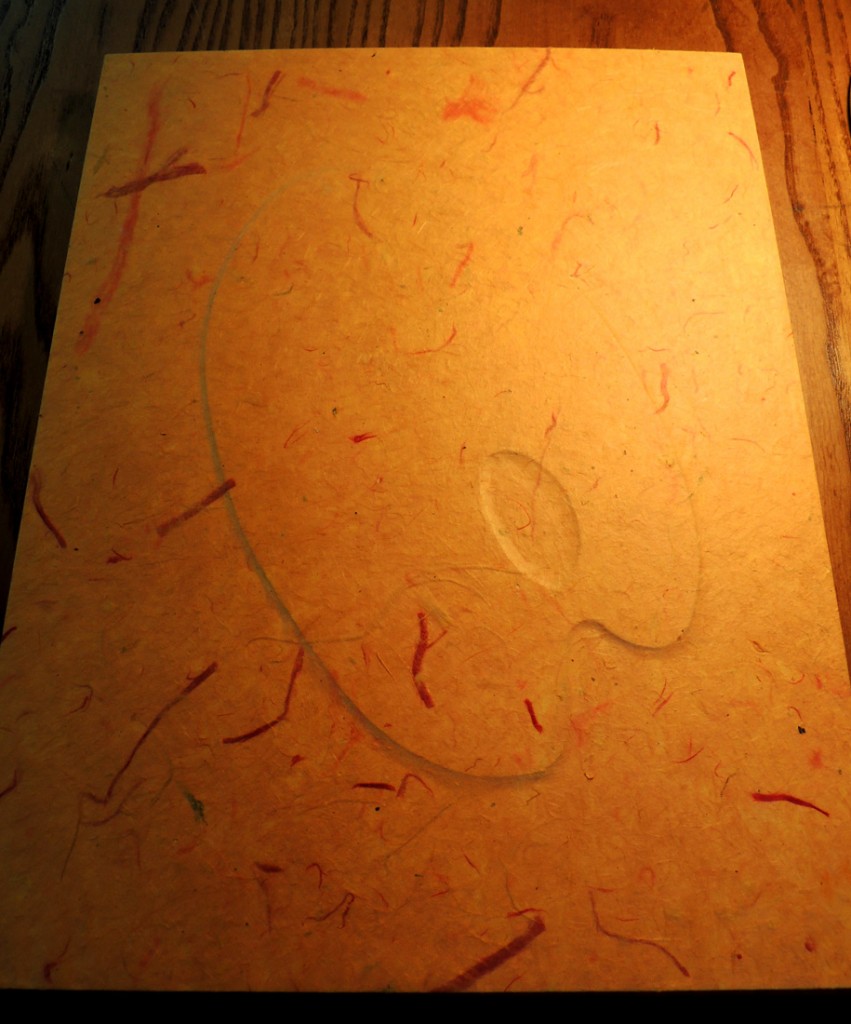 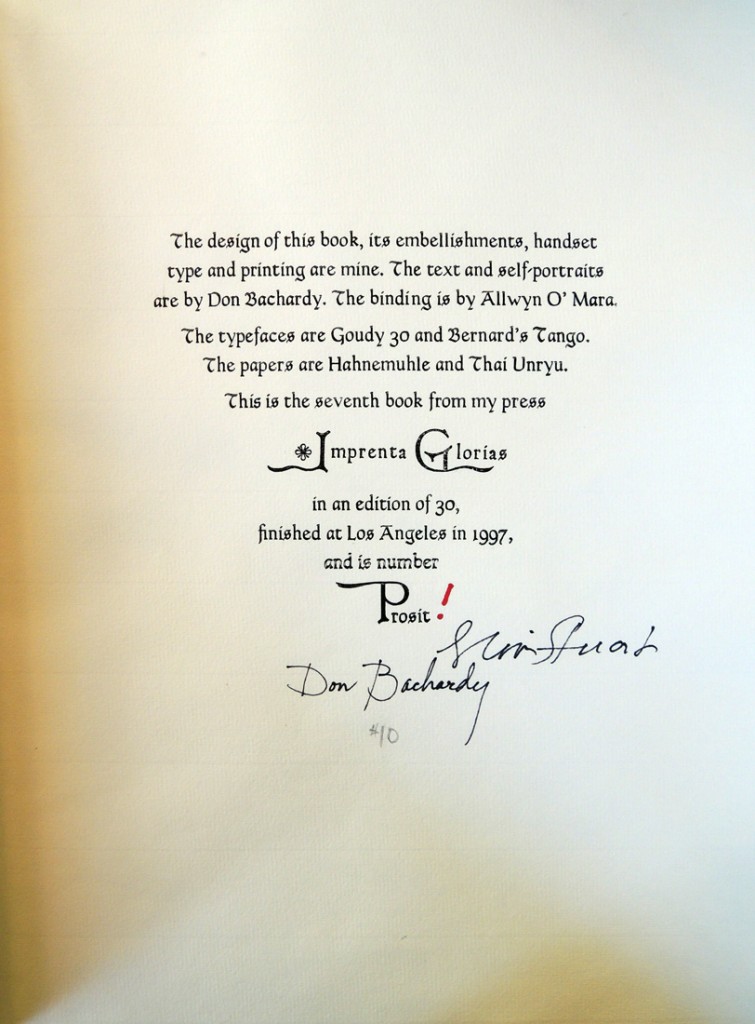 To these gifts, we added the collaboration between Bachardy and the actress/printer Gloria Stuart (1910-2010), published through her private press Imprenta Glorias. The design of the book, embellishments, handset type, and printing were all accomplished Stuart, while the images and text are by Bachardy. All 30 copies were bound by Allwyn O’Mara. 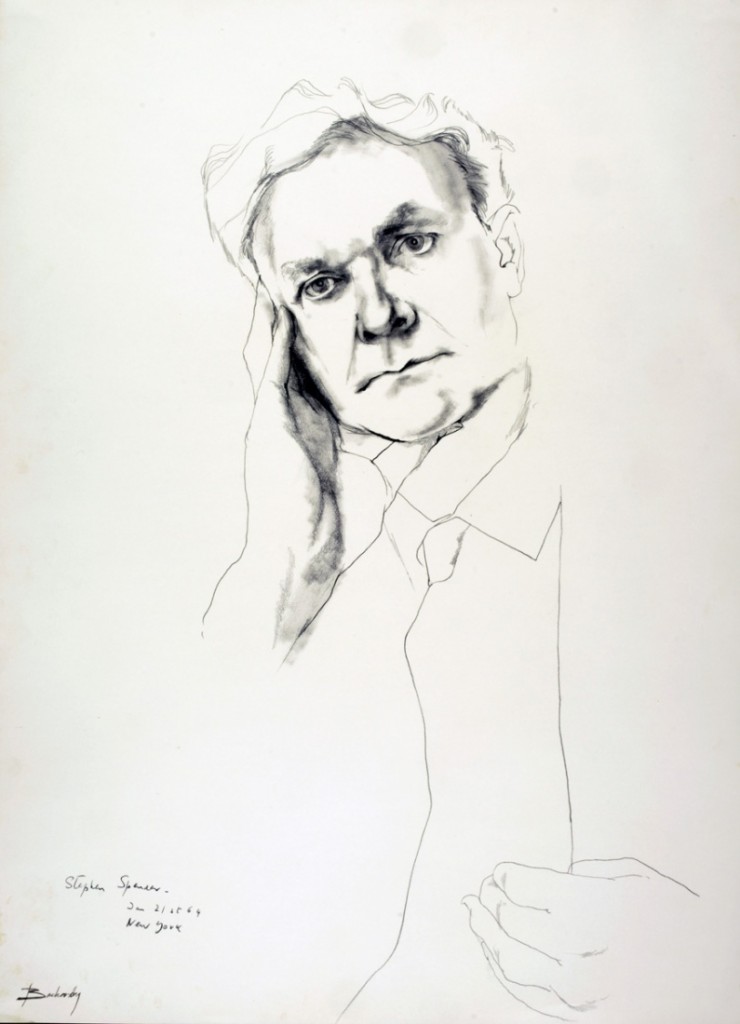 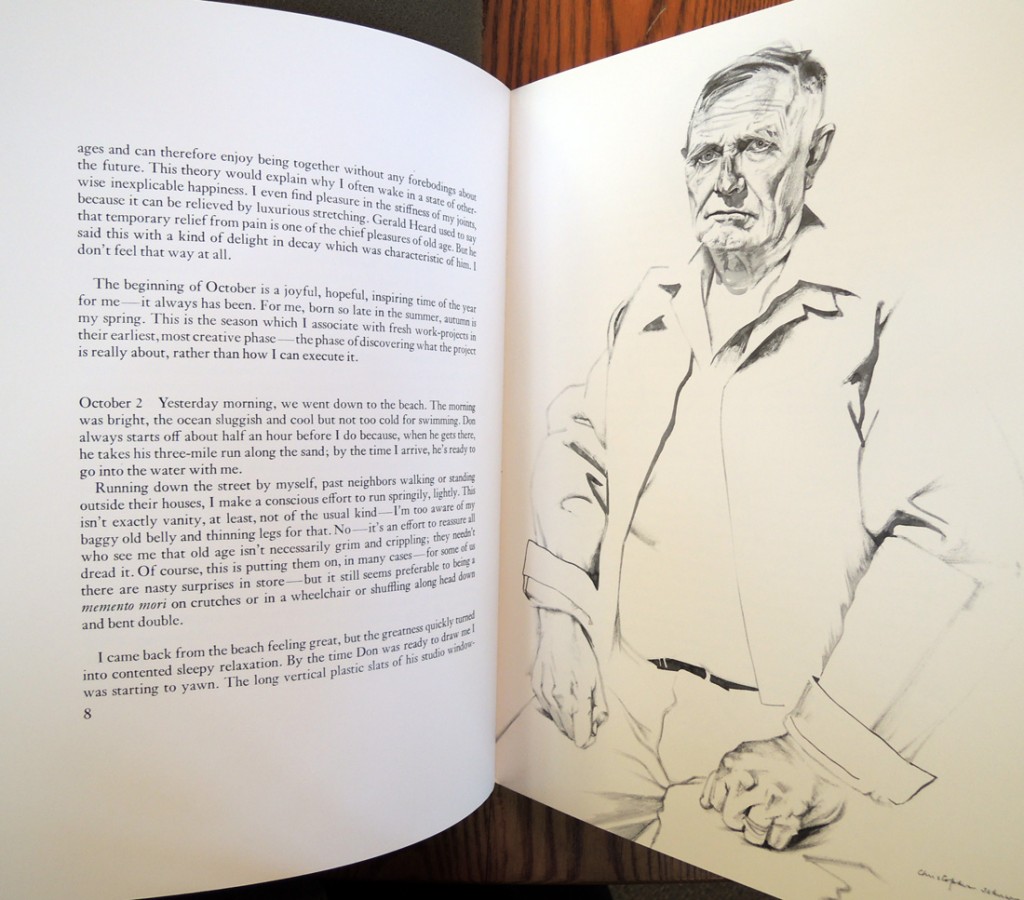