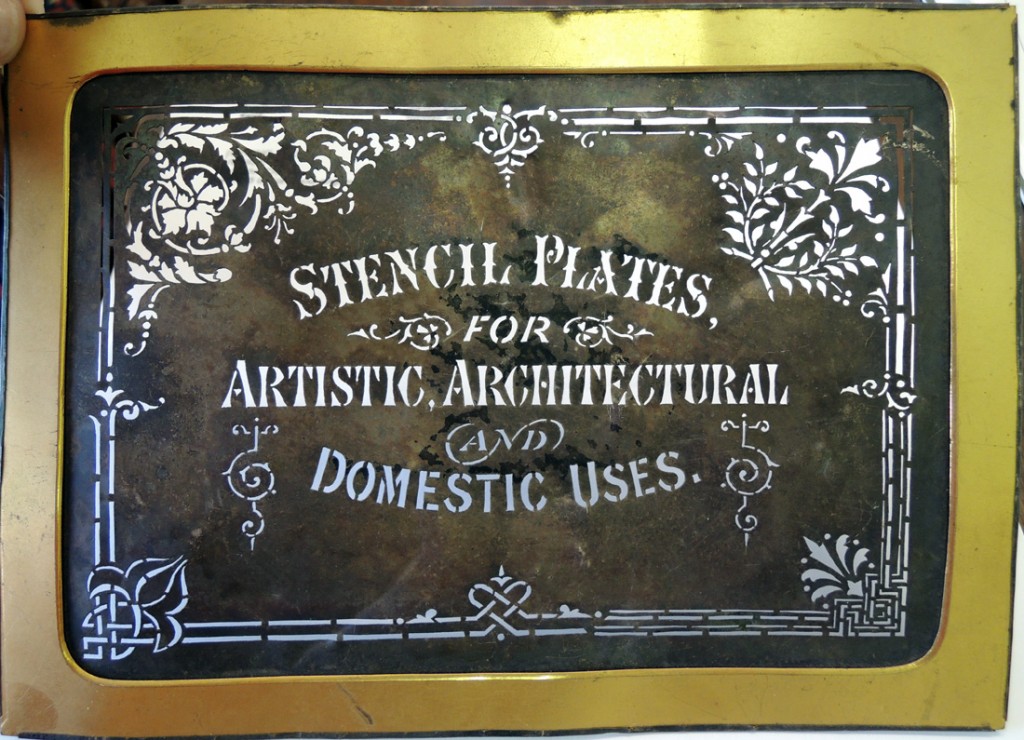 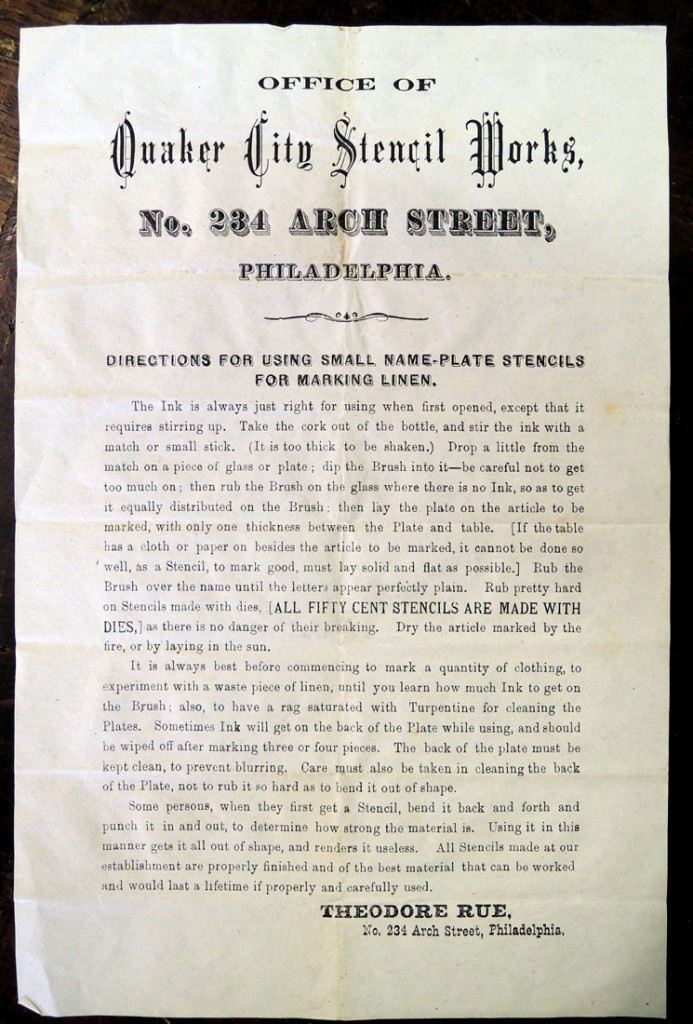 James Mosley wrote, “Stencils were used in the 17th and 18th centuries in France and Germany to make the texts of big liturgical books. They were also used for marking playing cards.

The first description of how the stencils themselves were made was written in the 1690s for the Description des Arts et Métiers – the account of all trades that was prepared by a little group of specialists for the Academy of Sciences in Paris but most of which was not published at the time, leaving Diderot to carry out the idea in his Encyclopédie.

In the 18th century you could buy your own alphabets, in plain but elegant roman letters or elaborate fancy script, or get labels or visiting cards cut to order. Some that Benjamin Franklin bought from a supplier called Bery in Paris are among his surviving possessions in Philadelphia.” — http://typefoundry.blogspot.com/2010_03_01_archive.html

In the 19th century, Philadelphia became a center for stencil artists, such as Theodore Rue seen here. With these advertisements, he promotes the pochoir labeling of linen, which could have been for commercial packaging or personal decoration. The Graphic Arts Collection is fortunate to have acquired one of his original metal stencils, seen above. 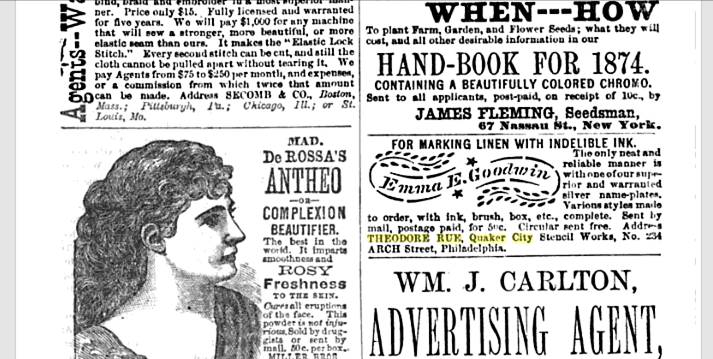