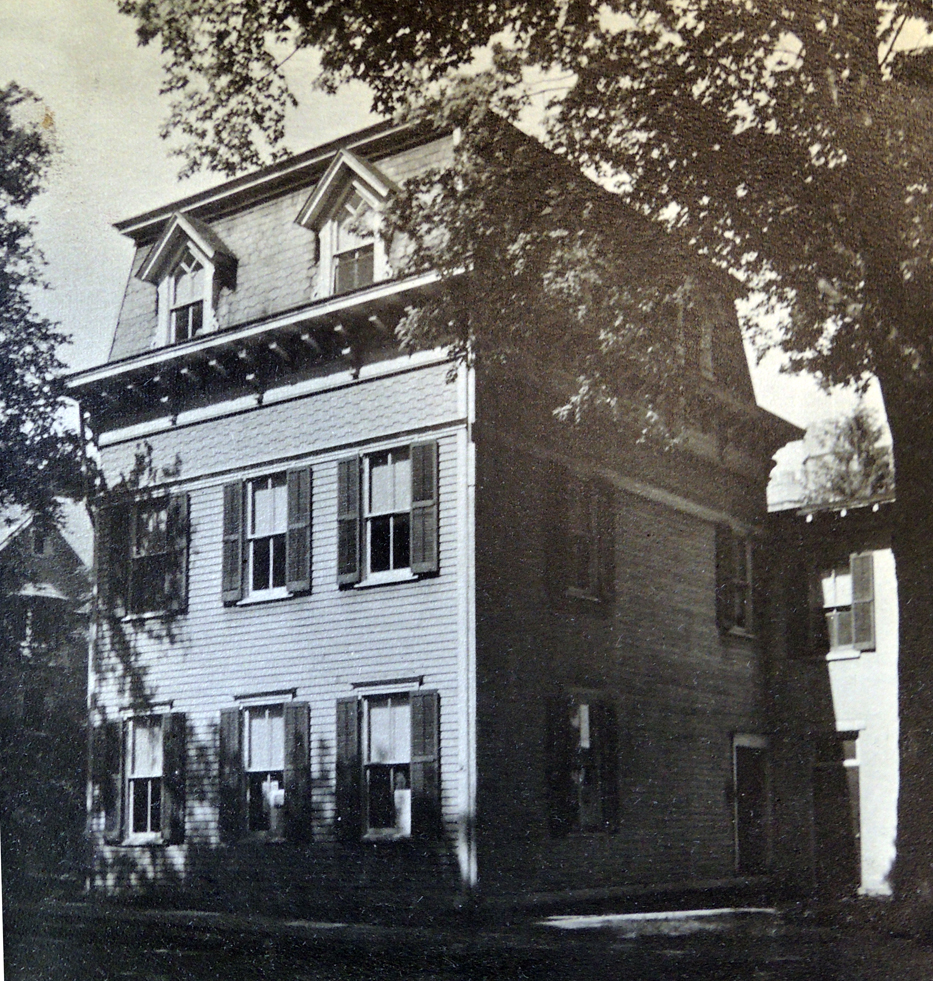 In the spring of 1952, the headline “Tragedy on University Place” ran in the Daily Princetonian (Vol. 75, No. 55, March 29, 1951). 36 University Place had been the home of the Graphic Arts Collection, five galleries, a reference library, meeting rooms, and living space for the curator of Graphic Arts, Elmer Adler. In 1948, the Harvey S. Firestone Memorial Library opened its doors and by 1952, space on the second floor was completed to house the Graphic Arts Division. Not everyone was happy about this. As we are in the midst of yet another renovation, it is instructive to read the comments of an earlier generation. The author “w.e.b.” wrote:

“The [Julian] Boyd Economy Plan brings to mind several of the grievous errors that exist in the Firestone Library— some which have occurred, and one of far more significant implications which is yet to come. We are not speaking of the “Crime of ’48,” its bastard Gothic design. Far abler voices from points as far distant as our own Architecture Department have long been heard on this touchy subject. … 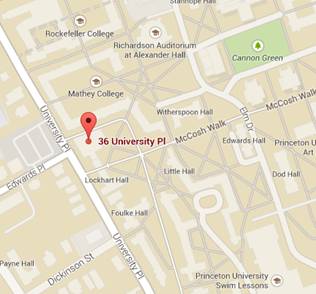 The Graphic Arts Room can be seen as another example in this “perfectly planned” library. The Graphic Arts is primarily concerned with prints and the showing of them to students. Therefore a first consideration ought to be to its wall space. And thus where did they locate the Room in the new library? In some interior section unsuitable for regular office space for that very reason? No, sir, they gave it a corner site on one of the upper floors; we, right here in Princeton, probably have the Graphic Arts room with the most window space in the whole world. And this little distinction cannot be attributed to oversight or accident. Mr. Elmer Adler, the first and current Curator of Graphic Arts here, remarked on the fact of these windows, but it was pointed out to him by a responsible official that one could get a marvelous view of Nassau Street from the location. Mr. Adler had to remark that if he managed to get up the stairs to the room, it was his job, and that of the room, to show them prints, not selected landscapes.

Our Way of Life Threatened

But what is done is done; about these mistakes we can only laugh and perhaps wonder. Not so, however, is the case of the outcome of the whole Graphic Arts Program here at Princeton. Another mistake, of far deeper significance, is scheduled to occur at the end of next year. The story is simply this: We are privileged at present to have here at our college the outstanding authority in the field of Graphic Arts, in the person of Elmer Adler. At the moment, he, together with his magnificent book and print collects, is located on University Place in that yellow bit of wandering architecture known as “36.” 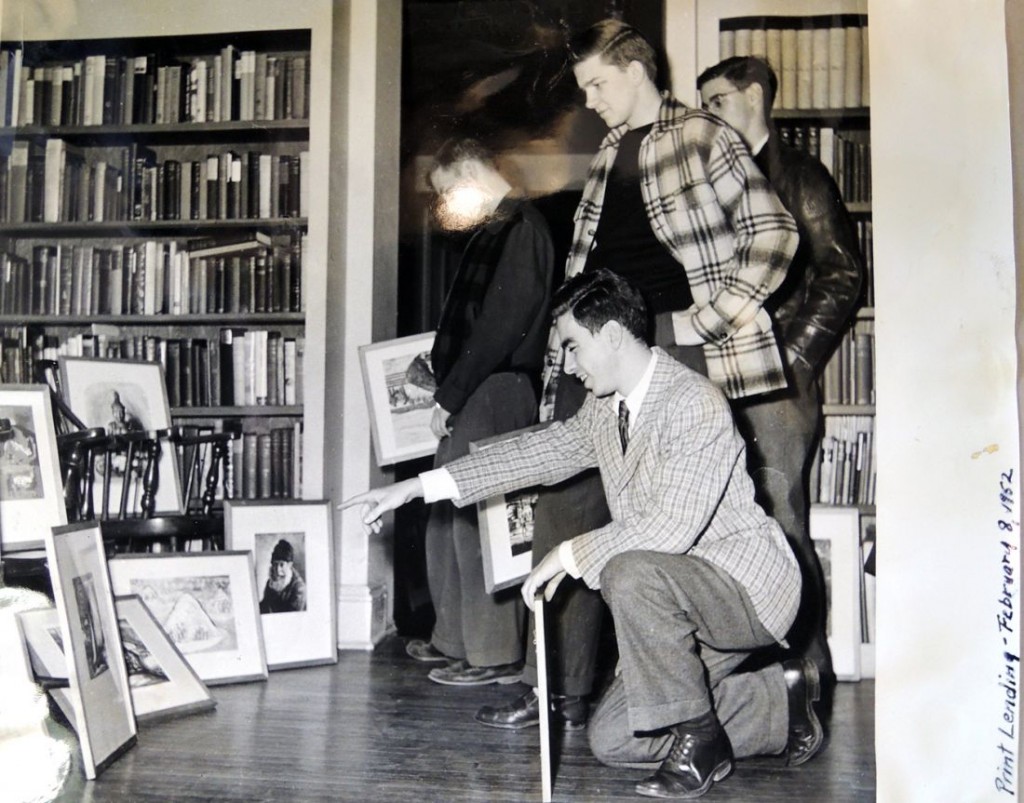 Here he runs his Print Club, his Graphic Arts seminars, his Book-Collecting Contests, his many exhibits and guest lectures. But to enter 36 University Place is to do more: it is to enter a world apart from the rest of the campus.

The house is old and badly planned; the walls creak with the weight of the pictures hung there. But the pace is slow, the tempo quiet and the human touch has not been replaced by the grim efficiency of a Firestone carrel patrol. Small groups — from the University and from the town — gather there, and as its doors are always open to all, interesting people with interesting things to say somehow seem to gather. It is perhaps a backwash in the great tide of efficient administration, but it is the type of thing that gives one meaning to spending four years in the New Jersey damp. But like the dink and the old-fashioned cane-spree, it too is to pass.

Mr. Adler retires next year; he will have a successor, but his collections will be removed to their bright cases in some slot high in Firestone, where only a grad student may come across it looking for Beowulf in the original. 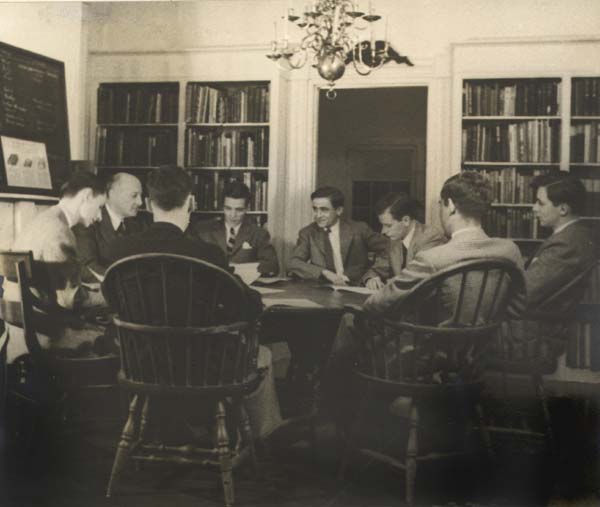 36 University Place will be straightened out and made quite efficient; some say as a new “Prince” office, others as administration space. But it doesn’t really matter; the old ways, the old high teas, the old conversations will be gone. We noticed in the paper that in the first three months of 1951, Harvard already has been given almost three million dollars, while we are still straining with the five-year-old Third Century Fund. When we are alumni and are asked to support Princeton, let’s be sure that there is enough of Princeton left to support. If we are to give our money to chrome and tinsel, I suggest the Johnson & Johnson Plants on Route 1; it fits there.” —w.e.b.