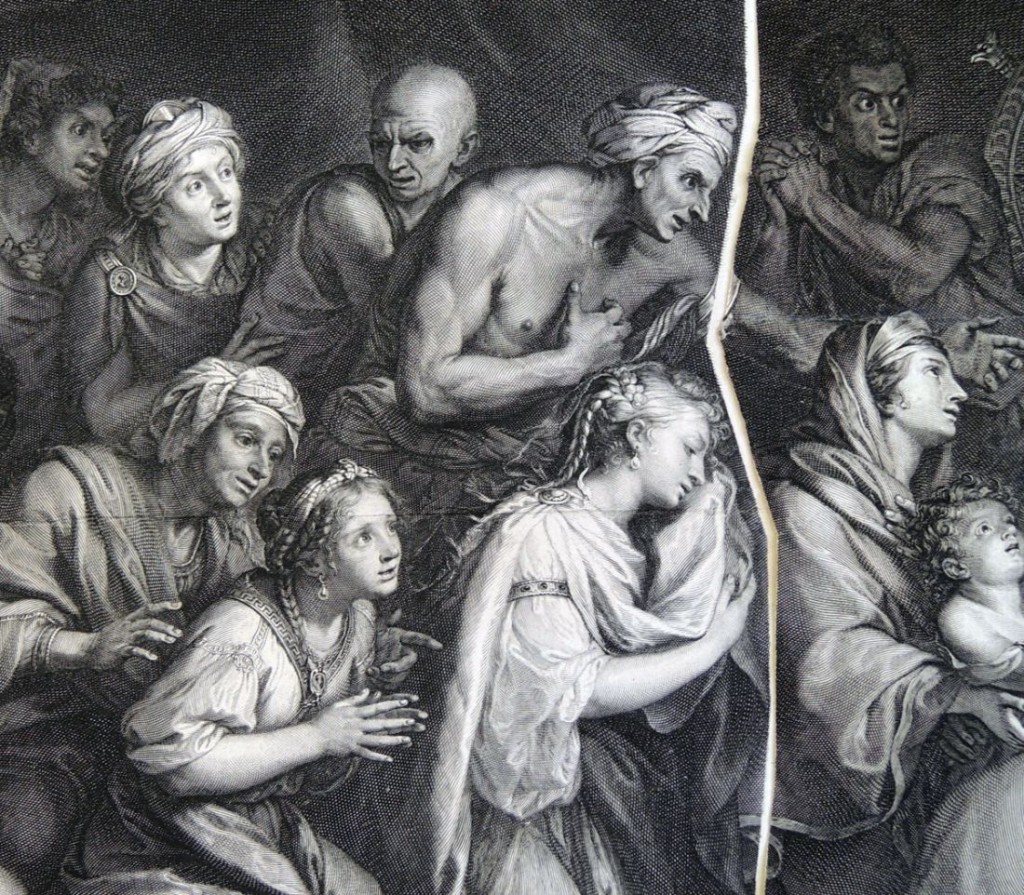 Gérard Edelinck (1640–1707) after Charles le Brun (1619-1690), Alexander and Hephaistion Visit the Family of Darius in their Tent after the Battle of Issus, 1661. Diptych engraving. Graphic Arts Collection GA Flemish prints. *The date indicates the year le Brun finished his painting for Louis XIV, now in the Musée du Château, Versailles. 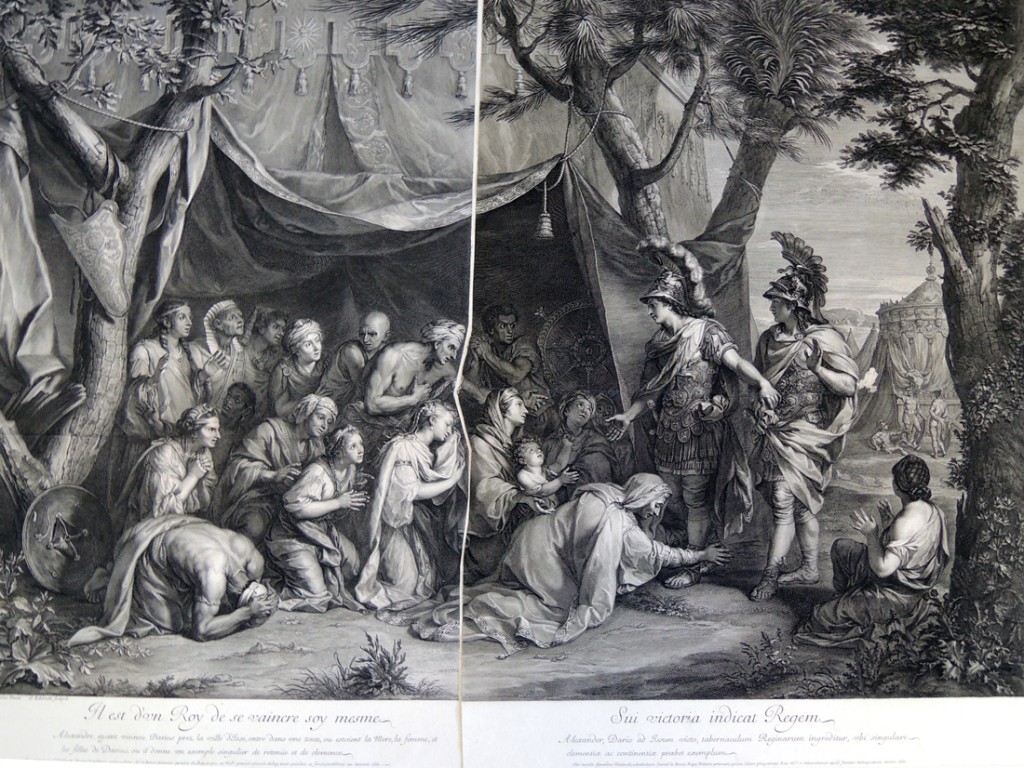 In 333 BC Alexander defeated Darius III, the last king of the Achaemenid Empire, at the Battle of Issus. Darius escaped capture, but his wife Statira, his mother, Sisgambis, and his daughters Statira and Drypetis were taken by Alexander.

“The picture tells a famous story of Alexander’s generosity. After the flight of the defeated Persian king Darius, Alexander visited his wife, mother and the other women of the family. As he entered the tent, Darius’s mother mistakenly prostrated herself before Alexander’s companion Hephaestion; but instead of flying into the sort of murderous rage that might be expected of a slighted oriental despot, Alexander dismissed this error as of no importance and extended his protection to the royal family. All the figures in the composition were carefully devised by Le Brun to respond to this event with a range of expressions from fear or wonder to admiration.”–Christopher Allen The Australian January 19, 2013

Edelinck engraved le Brun’s painting in two prints, printed with an irregular dividing line so that the break will disappear when they are framed together. We have left a slight space between the two sheets in this image.