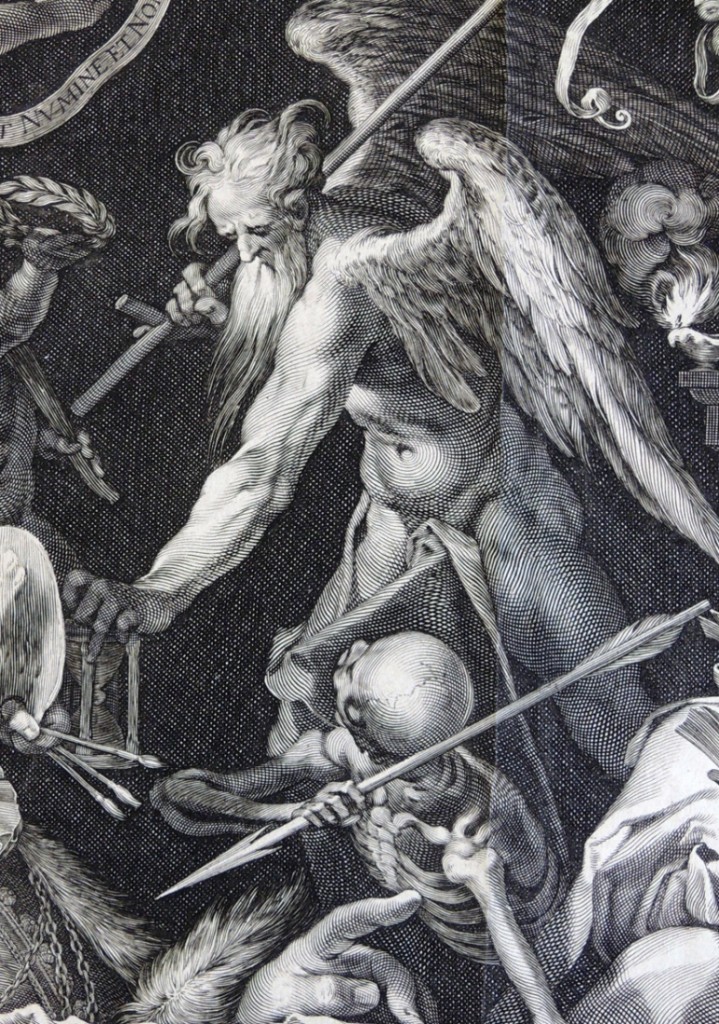 Christina Müller was the beloved wife of the Mannerist painter Bartholomeus Spranger. When she died, he painted an allegory in her memory and had it engraved by his friend and colleague Aegidius Sadeler. The elaborate print shows Spranger, surrounded by the personifications of the visual arts. He is pointing to his wife on the right, who is also admired by a putto holding a scull, with one foot on an overturned hourglass. Spranger is ready to follow her but just as Death is about to spear him, Time steps forward to show that the painter’s hourglass is not yet empty. 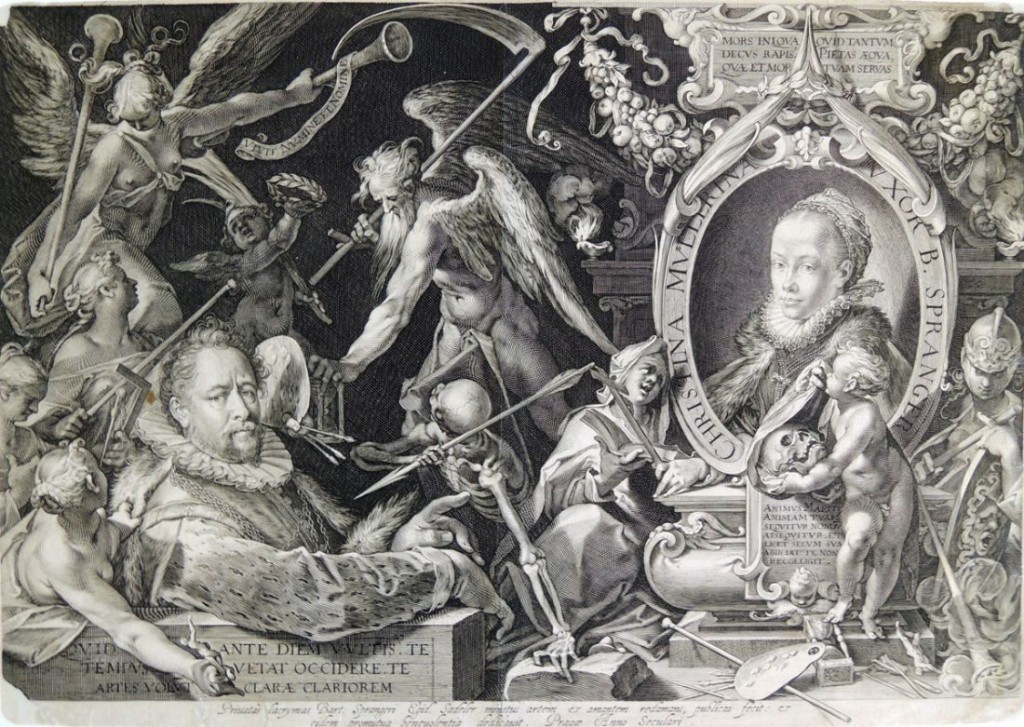