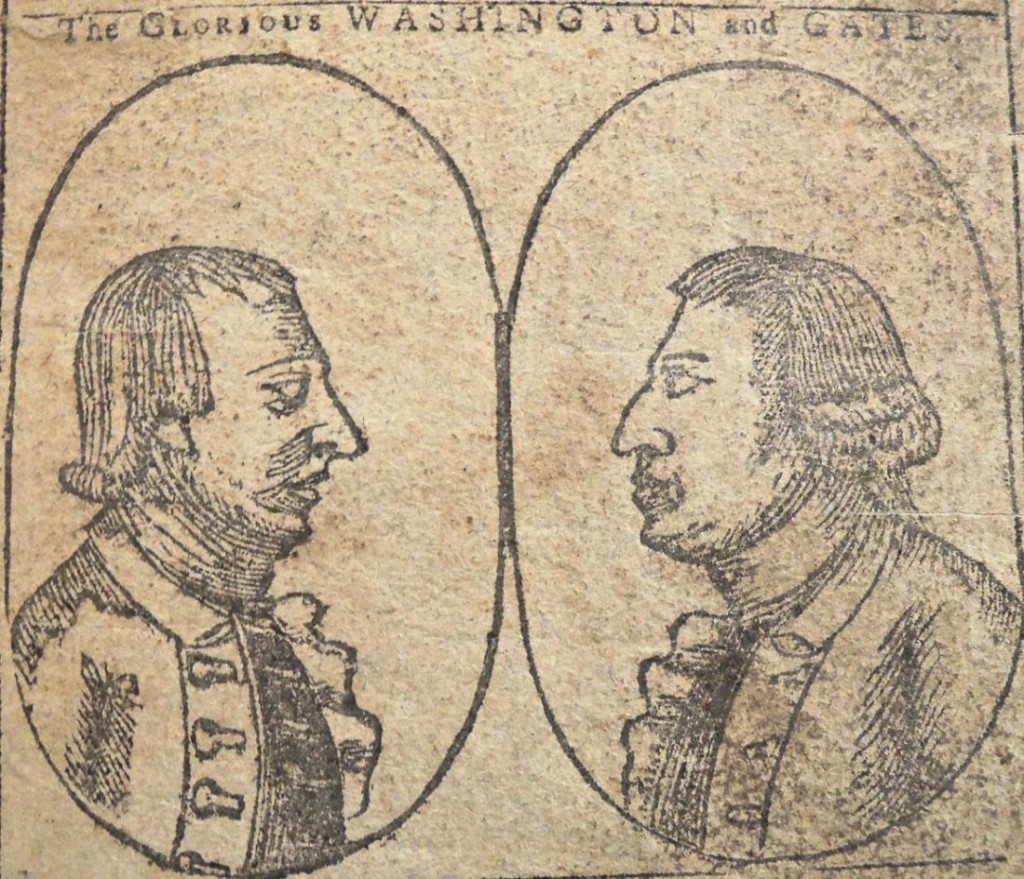 This woodcut portrait of George Washington (1732-1799) was published on the cover of Bickerstaff’s 1778 Boston almanack (said to be the second time the block was used). The caption reads “The Glorious Washington and Gate” referring to British-born Horatio Gate (1727-1806) who fought with Washington during the American revolutionary war. Not, perhaps, Washington’s best moment although it turns up again 13 years later on another almanack.

The block was printed by Ezekiel Russell (1743-1796) who worked in Boston, Salem, and from 1777 out of a shop in Danvers, Massachusetts. The subtitle states “being the second year of American Independence and the second after Leap-year, calculated for the meredian of Boston, Lat. 425 25 [degrees] N, containing besides what is necessary in an almanac, a variety of useful and interesting pieces.” 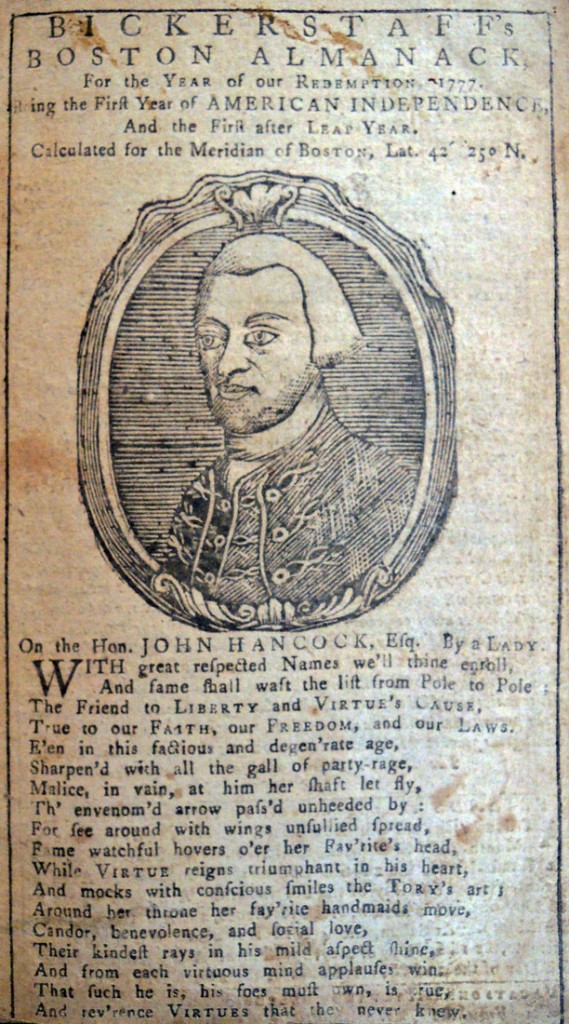 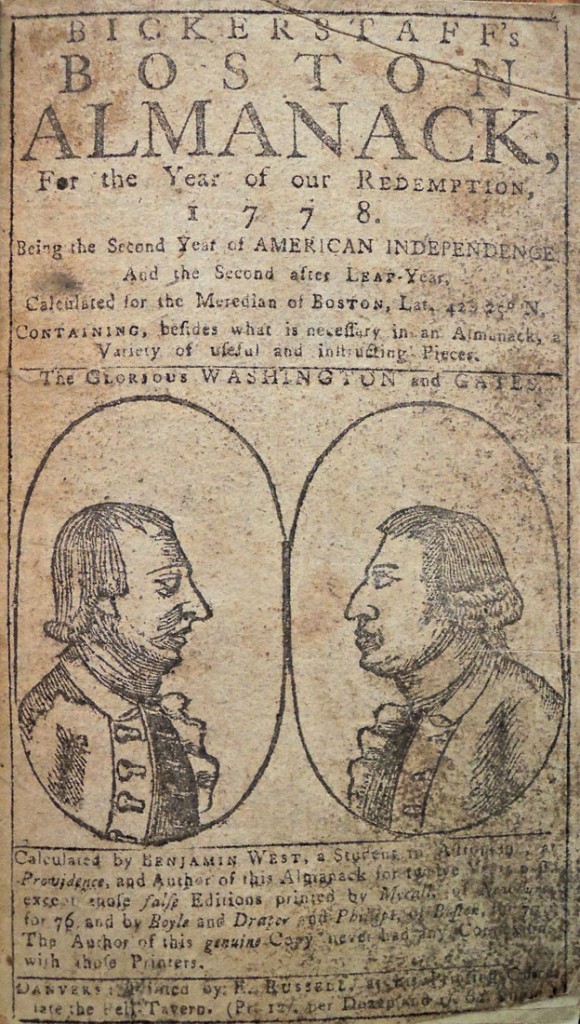 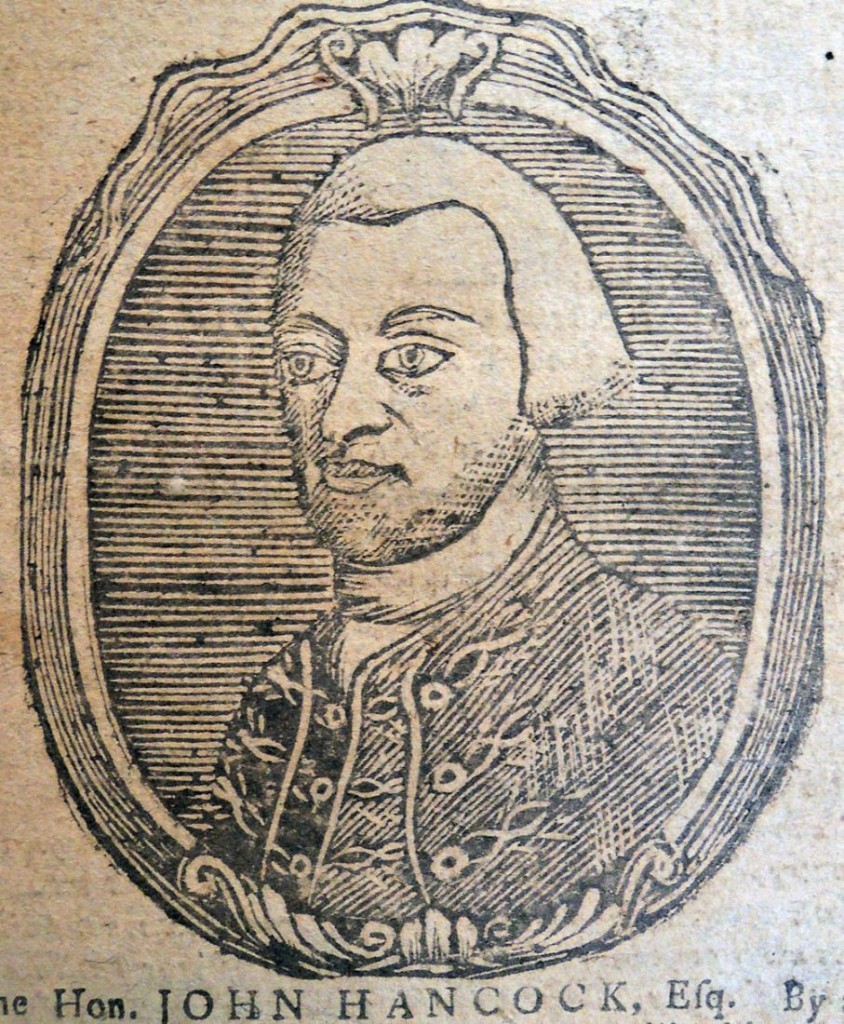 One year earlier, John Hancock made the cover of the almanack, described as “the anatomical man” meaning done from life, not imagined. The portrait was done “by a lady.”

Bickerstaff’s Boston Almanack, for the year of our redemption, 1778. Being the second year of American Independence…. (Danvers, Ma.: Printed by E. Russell, [1777]). Graphic Arts Collection Hamilton 82.