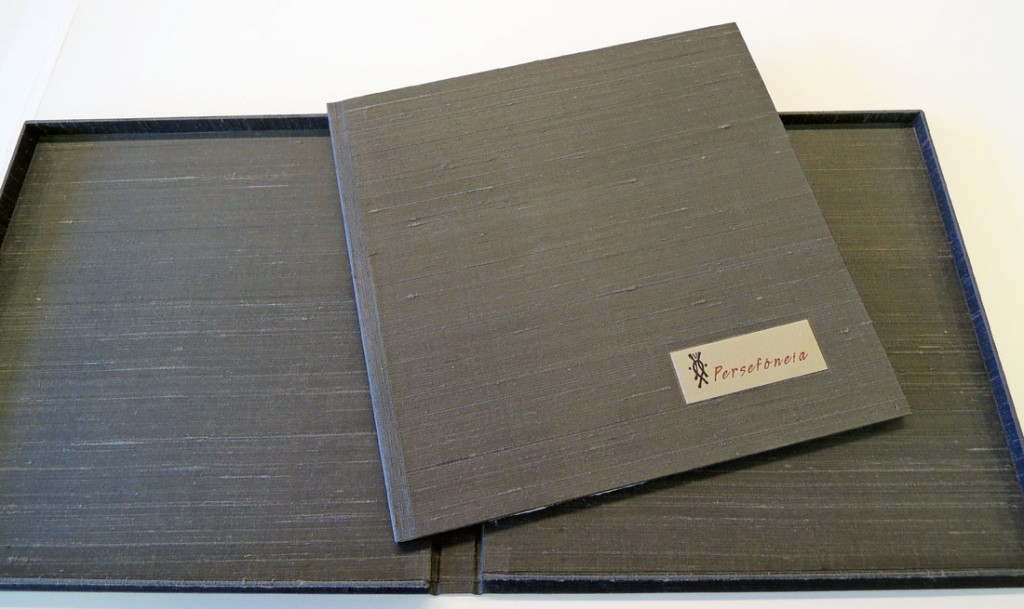 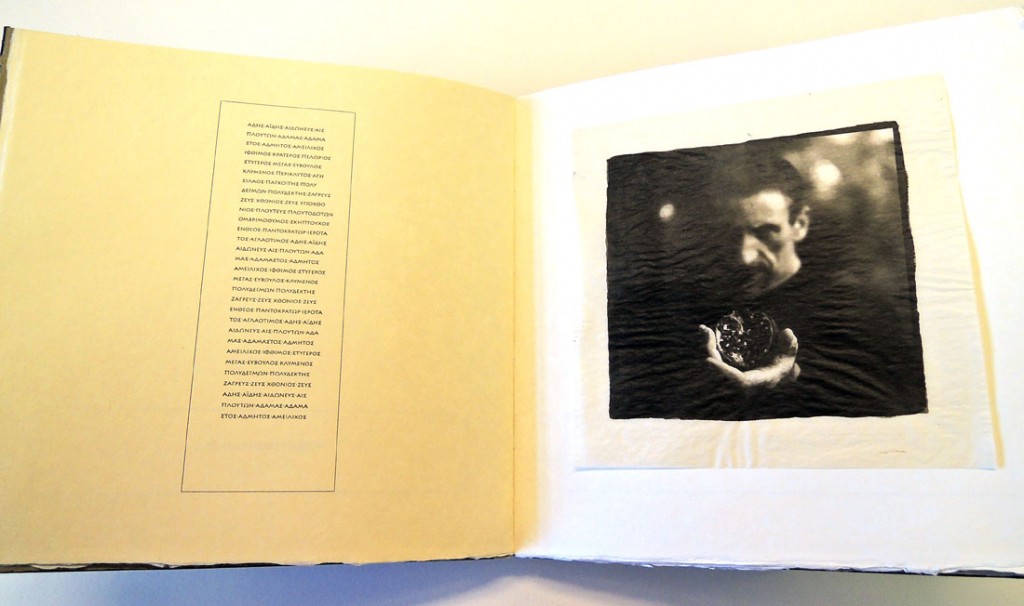 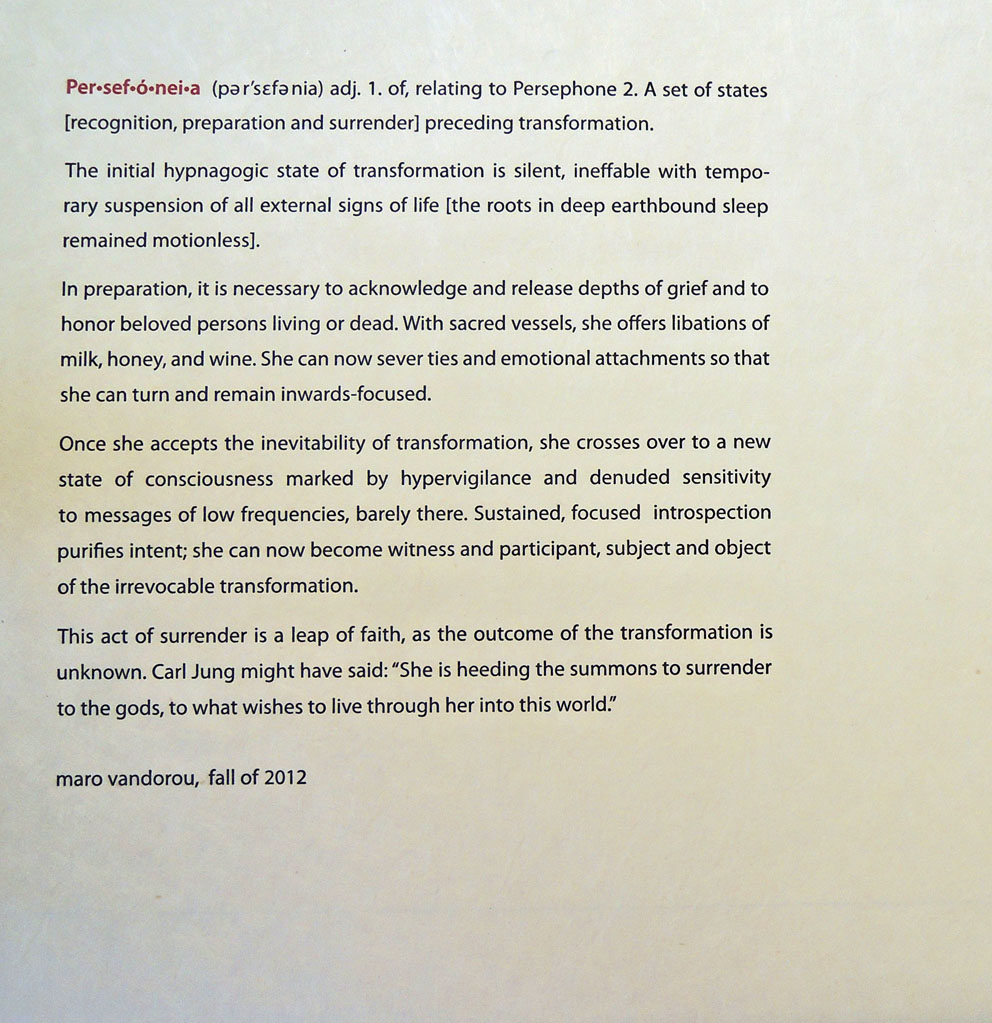 Persefóneia is a limited edition book of original artwork in platinotypes and poems. The conceptual focus is on transformation and the intriguing shift of roles held in balance by Persephone’s archetypes: maiden-wife, queen of the underworld, daughter, and co-initiator to the Eleusinian mysteries. The second part of a trilogy, following Vertical Time, an installation of platinum prints and a film of images and echoes, Persefóneia deepens and completes the study and visual exploration of transformation.

The video component of Persefόneia involves images projected on silk within echoes of the spoken words of poems. The artist writes “The images and poems reference an irrevocable process of transformation. Photographic material from the Oracle of the Dead, an archeological site 500 miles from Athens. Greece. Mythologically, the site is known as the ruling seat of Hades and Persephone of the Underworld.”