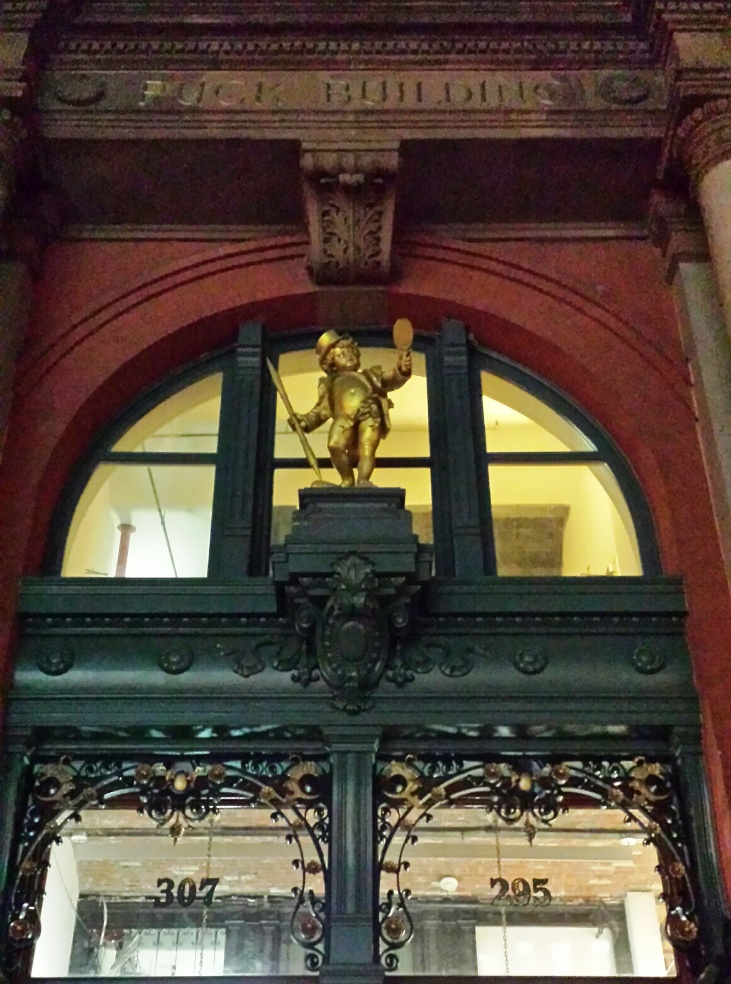 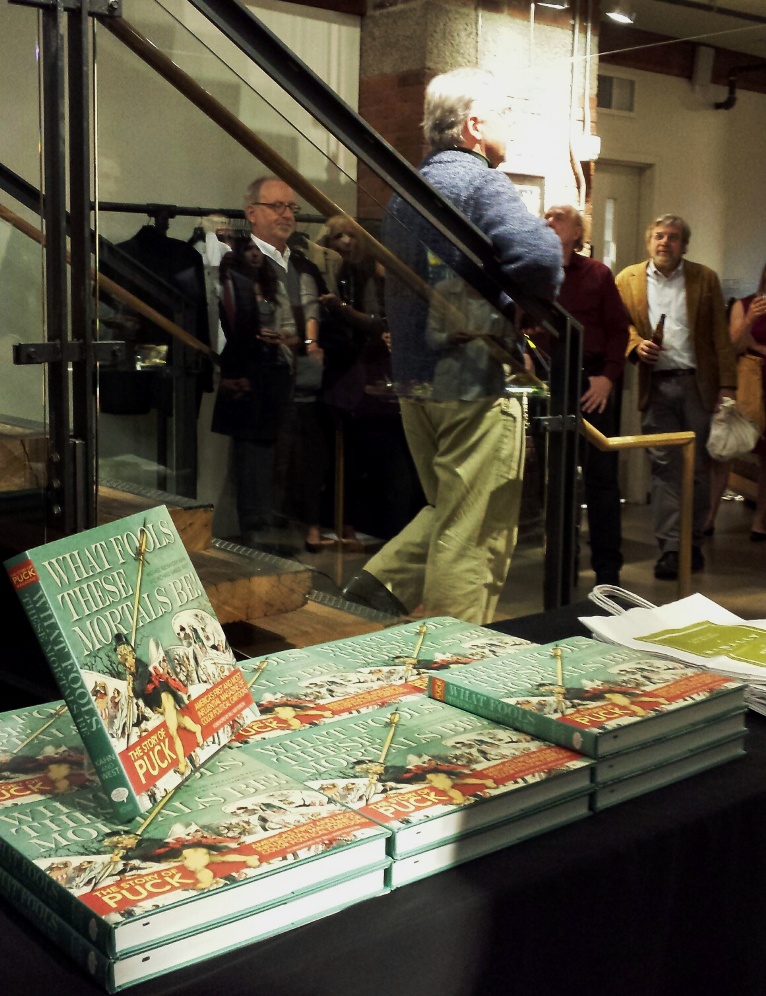 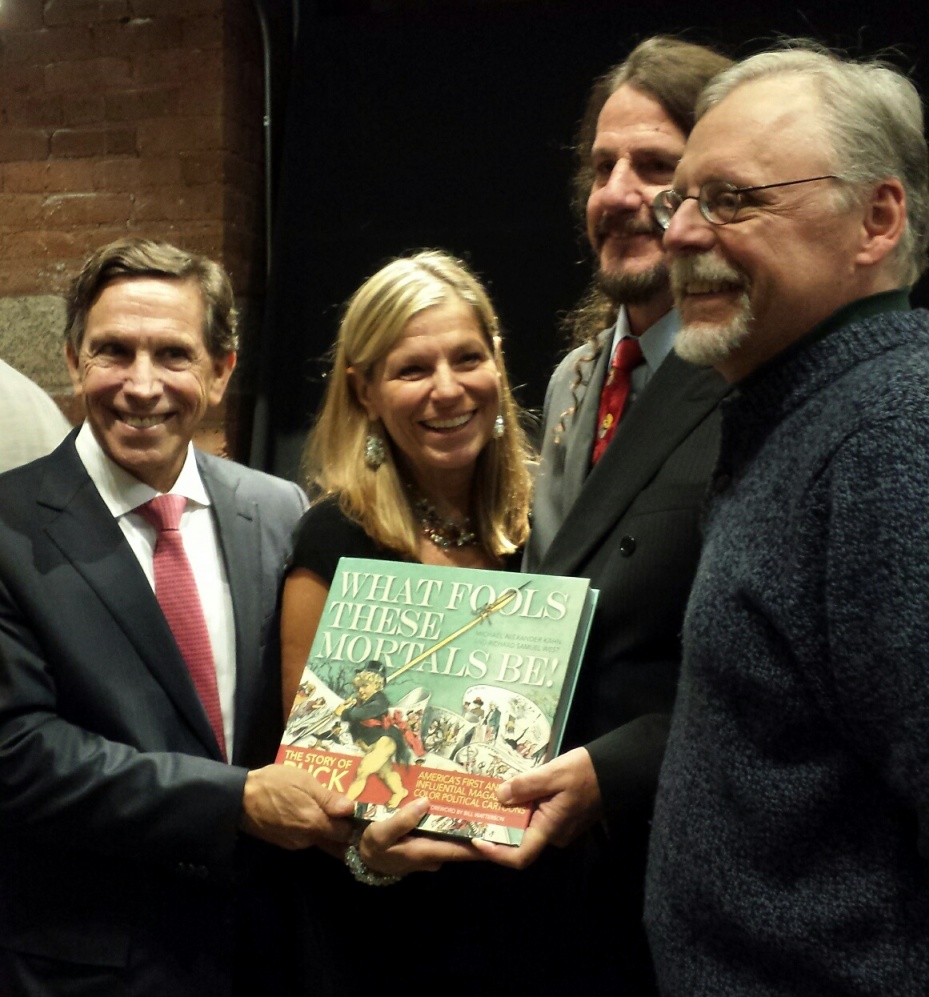 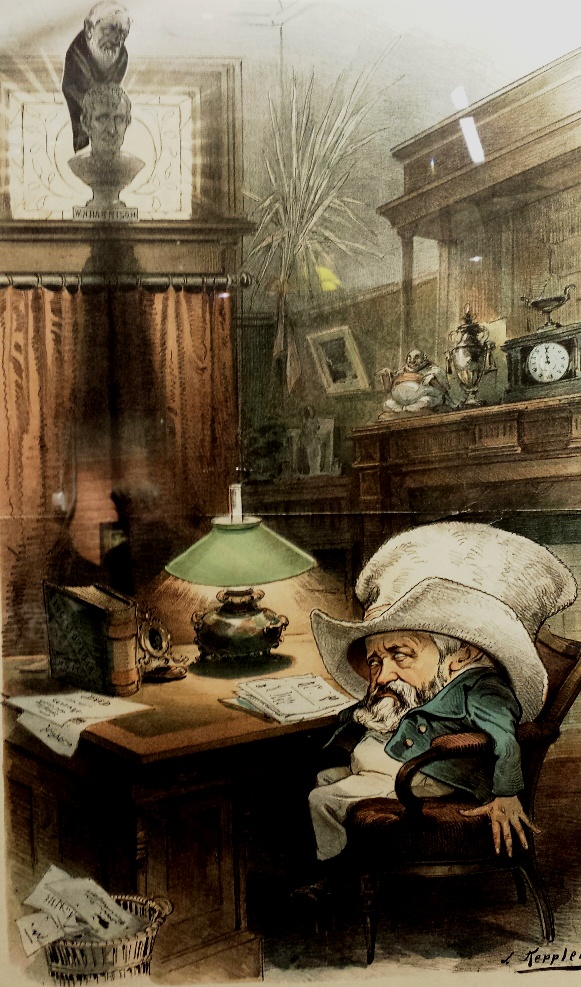 From 1877 to 1918, Puck magazine was one of the leading sources of American political satire. A beautifully printed history of the magazine has just been published and will soon be on Princeton’s shelves: Michael Alexander Kahn and Richard Samuel West, What Fools These Mortals Be!: The Story of Puck: America’s First and Most Influential Magazine of Color Political Cartoons (IDW Publishing, 2014)

The expert lithographic printing of Puck’s color illustrations was perfected by Jacob Ottmann, along with his partners Vincent Mayer and August Merkel, from their small offices at 21-25 Warren Street. The success of the magazine led Ottman to join with Joseph Keppler and Adolph Schwarzmann, the publishers of Puck, to commission a new building on the corner of Lafayette and Houston Street.

Within a year, the Puck Building, as it became known, housed one of the largest lithographic publishing firms in the United States. Besides Puck, Ottmann printed enormous circus and theater posters, along with color illustrated books and trade cards. One of their most notable artists was William Sommer, whose work has been featured here in an earlier post.

Today, the landmark building houses the outdoor clothing and camping equipment store REI. In renovating the space, the company did a beautiful job in retaining elements of the Ottmann company, including much of the original wood and brick building material. Don’t missing the wall on the first floor where the original lithographic limestones are mounted. 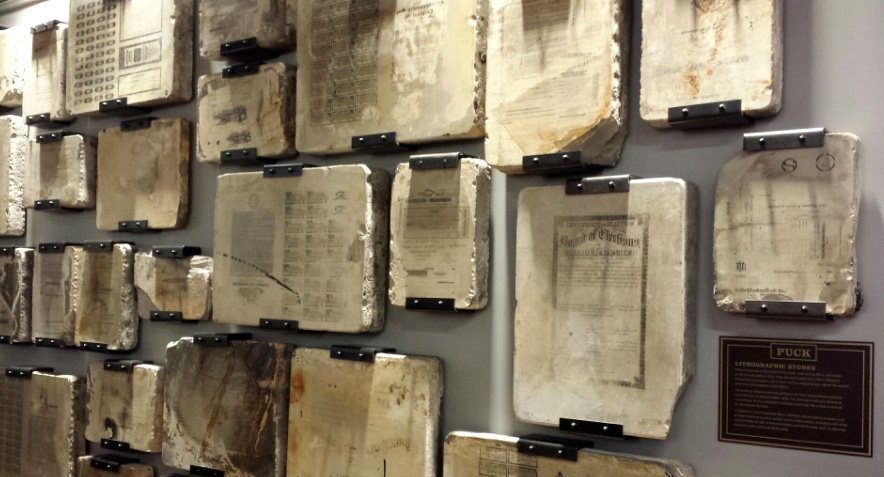 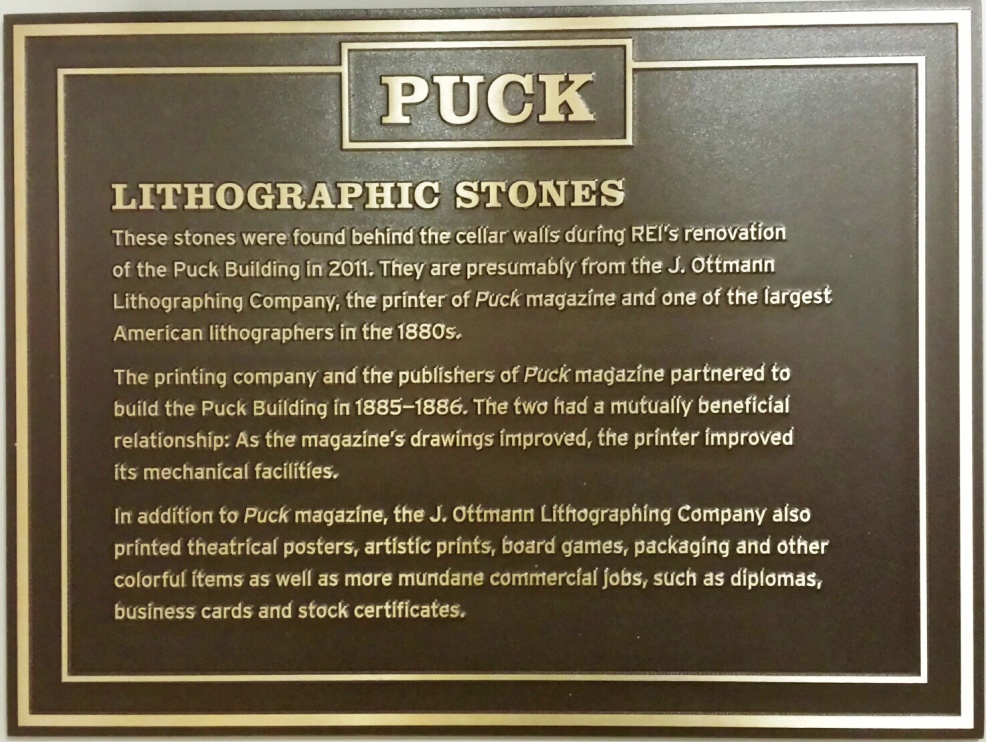