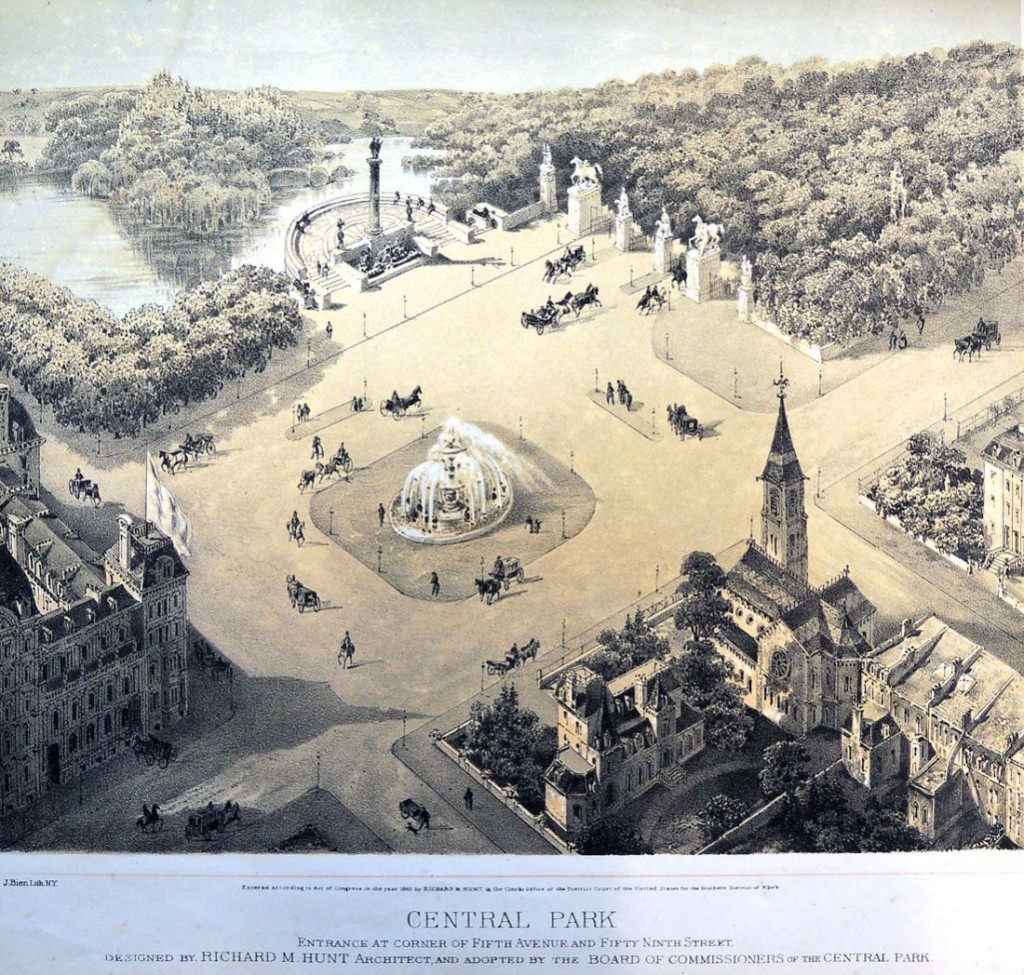 New York’s Central Park will be the focus of tomorrow’s interdisciplinary studies class: Revisiting Nature’s Nation – An Ecocritical History of American Art. The Graphic Arts Collection is fortunate to offer the group: Richard Morris Hunt (1828-1895), Designs for the Gateways of the Southern Entrances to the Central Park … with a Description of the Designs, and a Letter in Relation to Them, Addressed to the Commissioners of the Park (New York: D. Van Nostrand, 1866). Plates and plans lithographed by Julius Bien (1826-1909). Graphic Arts Collection (GAX) Oversize 2006-0281Q 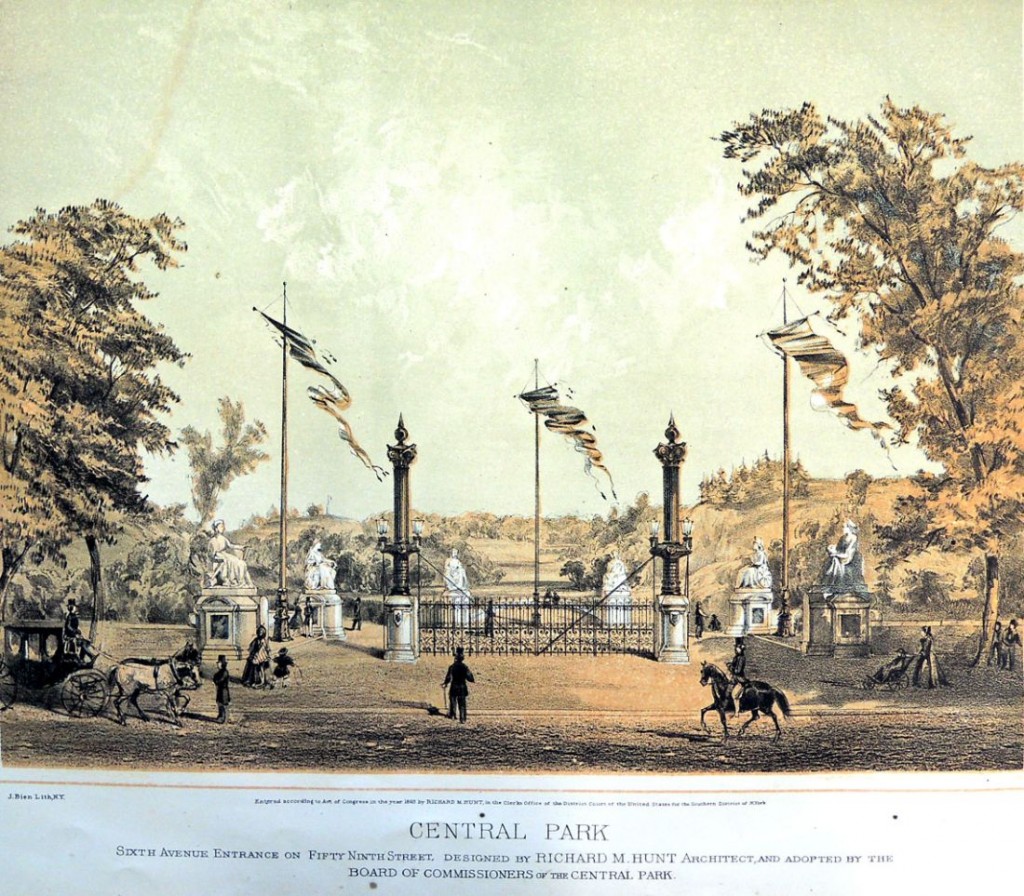 In the introduction, the Parks Commissioner writes, “Mr. Hunt’s idea, which by adoption has become the idea of the Park Commissioners, is, on the contrary, that it is impossible to fully carry out this plan of rusticity. While conceding the importance of interfering with nature as little as possible, it is to be remembered that the most faithful endeavors in this direction will still, of necessity, leave the Park, what indeed it already is, and a formal city pleasure-ground.”

“We must, it needs be , so trim and restrain the wildness of nature that it can be called ‘rural’ in no absolute sense, but only by contrast with the bricks and stone surrounding it. And, when we have to provide for a population of some two millions or more, it will be impossible to preserve those narrow and winding walks at the entrance ways which form part of the plan for rural effect. It is folly, the Commissioners think, to attempt rural entrances for a park in the heart of a great city, surrounded by magnificent edifices of fashion, as our Central Park will soon be.”

“Their idea, then, is that the entrances should be in keeping with the future external surroundings of the Park, and establish the connection between the street architecture without and cultivated nature within.” 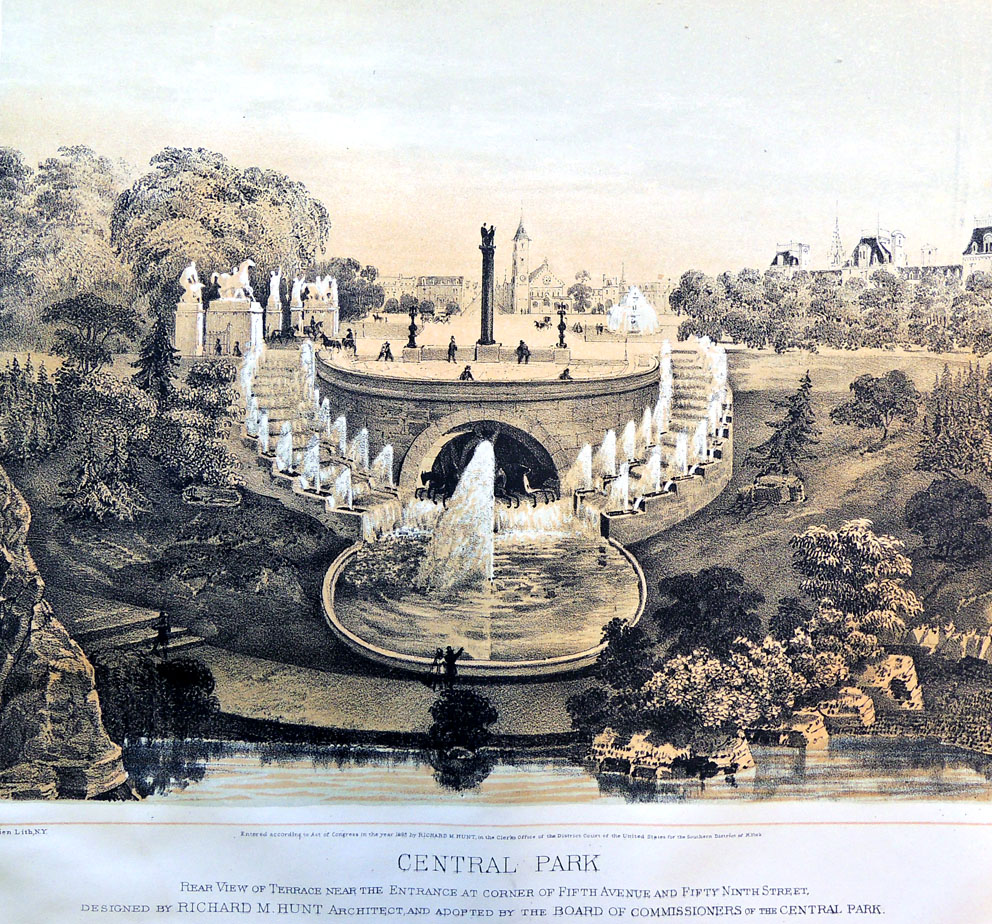 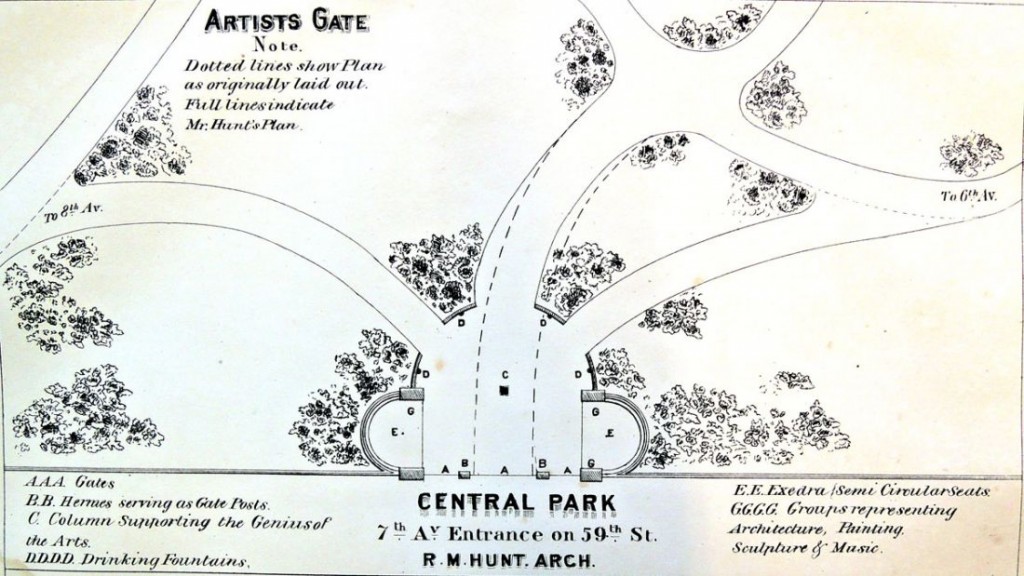 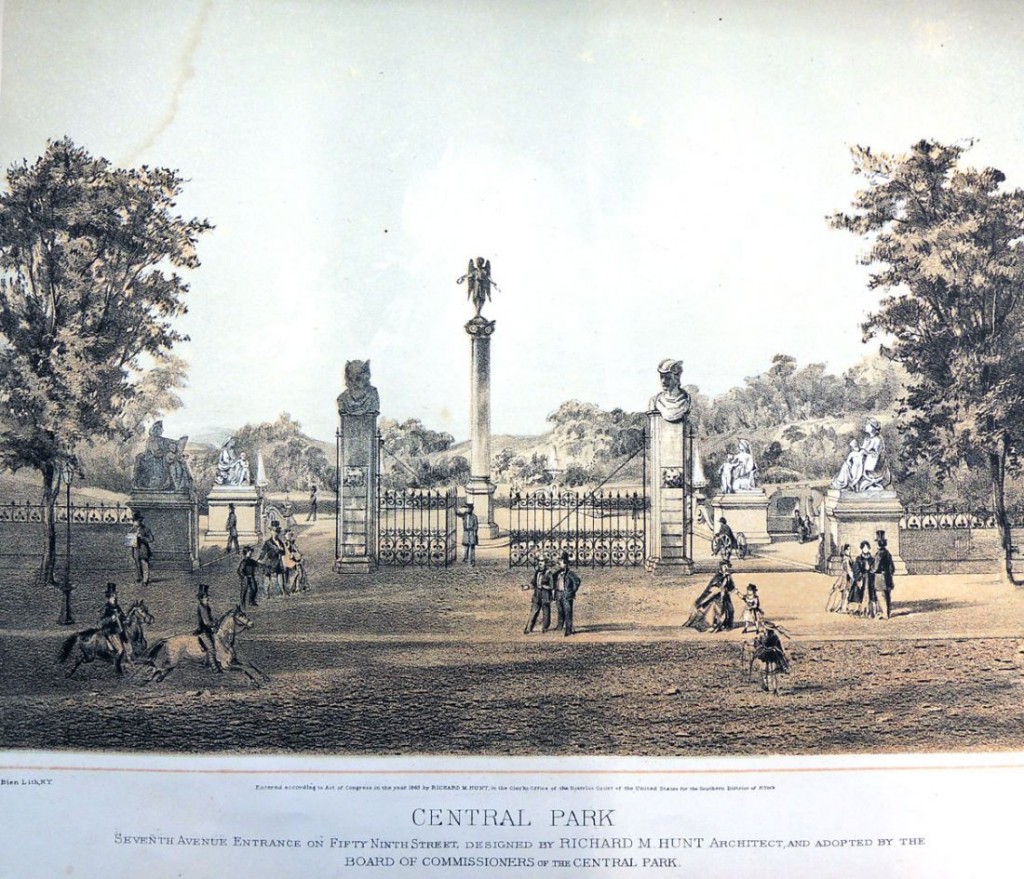