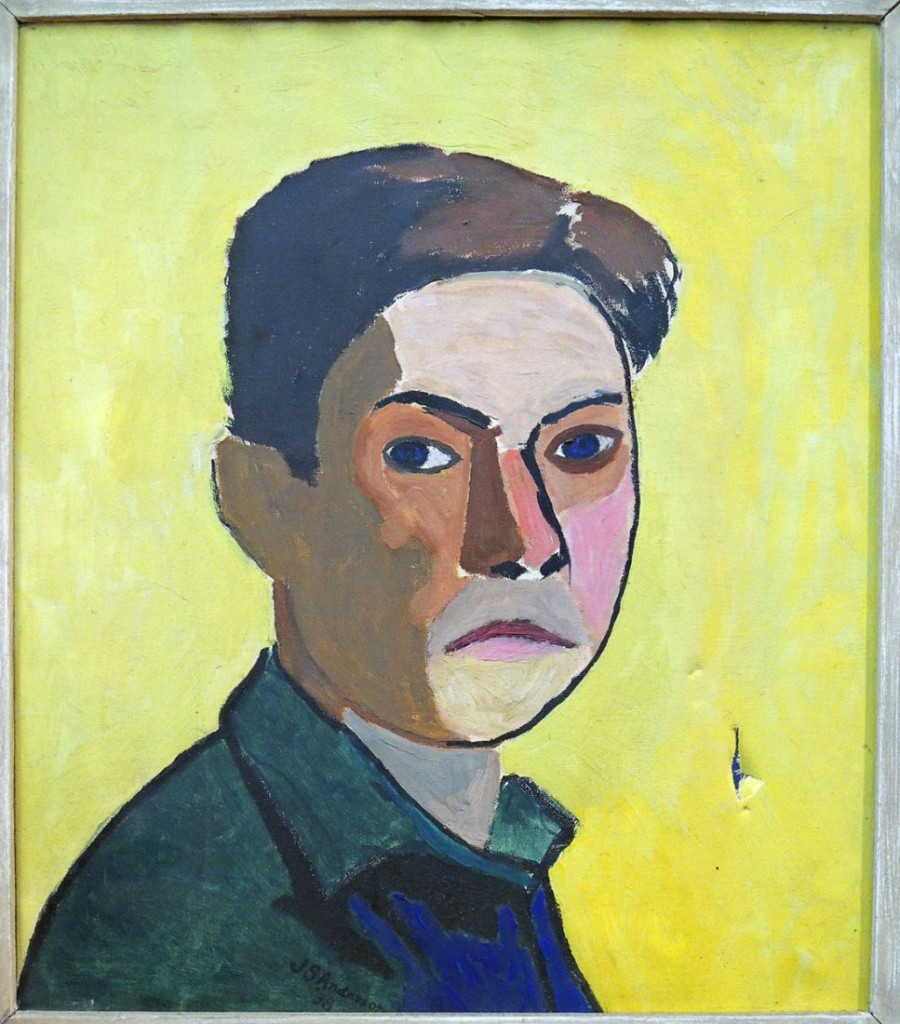 In December 1926, writer Sherwood Anderson (1876-1941) and his wife Elizabeth took two of their three children, John (1908–1995), and Marion (aka Mimi, 1911–1996), to Paris. “Within a few days . . . Elizabeth entered Mimi in a private French girls school, and Sherwood placed John in a pension to pick up French and, at Gertrude Stein’s suggestion, in the Académie Julian to study painting. The Andersons joyfully attended the Christmas party Gertrude had invited them to . . . .” While both parents left Paris soon after, it was arranged that Mimi was to stay on at her school until June 1, John at the Académie until September 1.

“John . . . who had expected to find Stein someone ‘arty with a long cigarette holder,’ had seen her several times and was much impressed by her ‘horse sense.’ After the older Andersons had left, John called on her frequently and became one of her favorites. She noted that upon his parents’ leaving he at once changed from ‘an awkward shy boy’ to an assured, handsome young man; decades later he would think of his whole stay in Paris as a young art student as ‘a golden time.’” (Walter B. Rideout, Sherwood Anderson: a Writer in America, v.1 (Madison: University of Wisconsin Press, 2006.)

Sherwood married his fourth wife Eleanor Copenhaver in 1933. The couple lived, on and off, at the exclusive the home of Mary Emmett (Mrs. Burton Emmett) at 54 Washington Mews in Greenwich Village. This painting was purchased by E.A. (presumably Elmer Adler) during the period they were at this address. In 1939, the writer came to Princeton to deliver a Spencer Trask Lecture entitled “Man and His Imagination.” He is quoted as saying, “The use of the imagination on a grand scale can lead to disastrous results. Every good storyteller is a born inventor, but when he lets his invention run away with him he destroys his story.” Daily Princetonian 64, no. 124 (20 October 1939). Elmer Adler brought Anderson’s painting to Princeton the next fall.