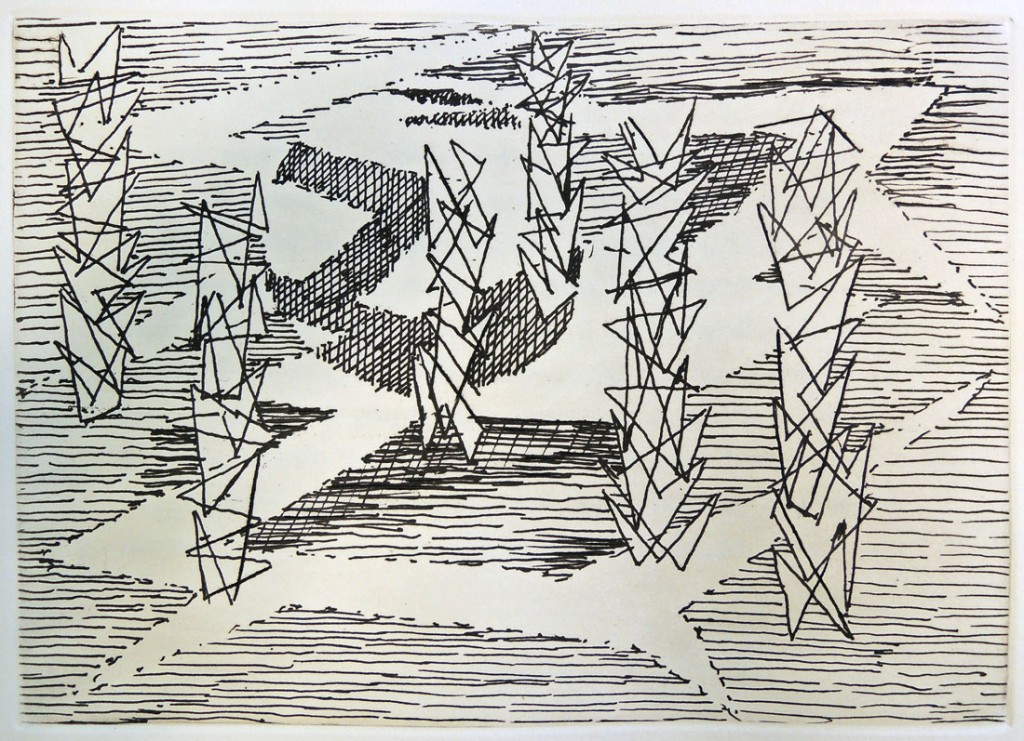 Before Samuel Beckett (1906-1989) published Le Dépeupleur in 1970 (translated by the author as The Lost Ones in 1971), he gave the opening paragraph to the French artist Jean Deyrolle (1911-1967), to make a fine press artists’ book. Deyrolle completed 32 drawings before his unfortunate death in 1967, leaving the project unfinished.

Beckett selected five of the drawings, which were etched by Louis Maccard and published in a small, unbound volume joining the images with the text. This is number 48 of 150 numbered copies on grand vélin paper signed by Beckett (with the facsimile signature of Deyrolle). 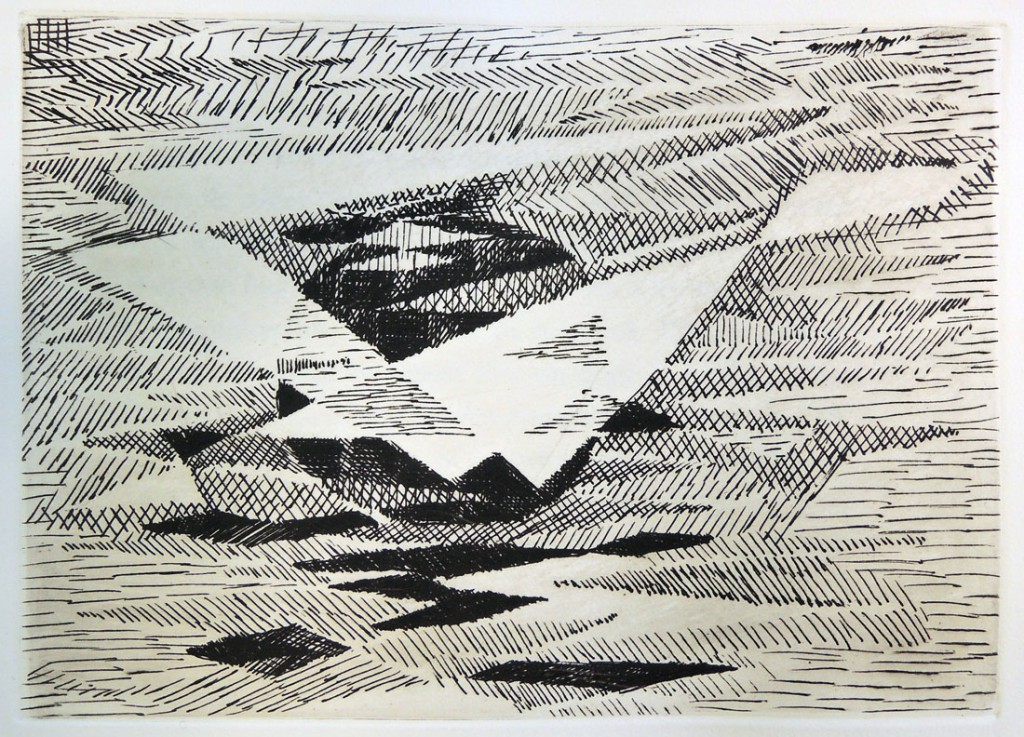 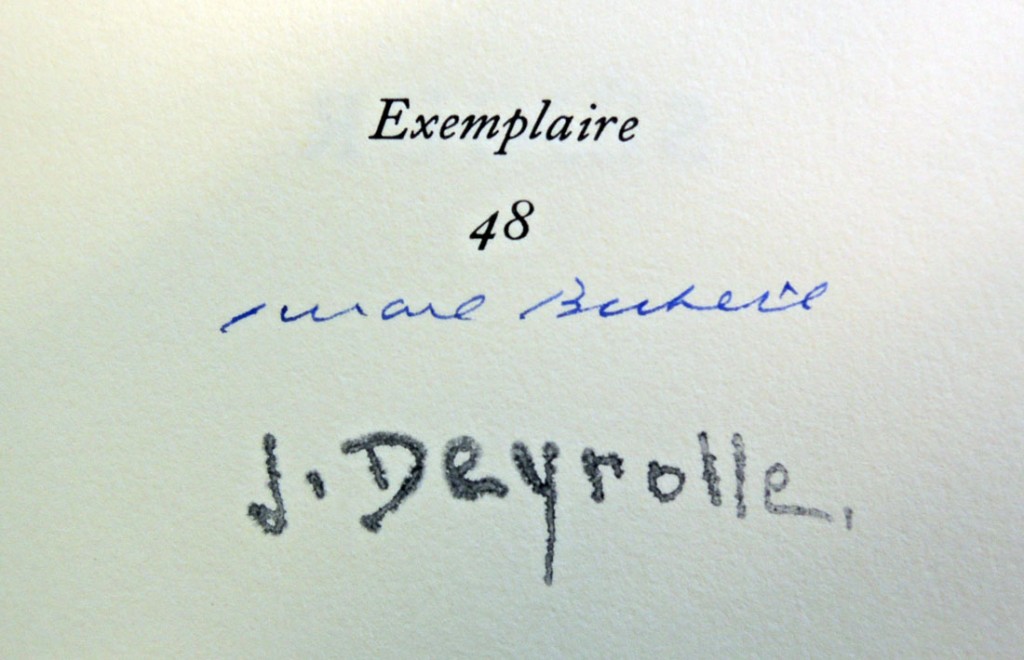