“A poem which did not win any prize so far as the writer knows, but which ought to be entered in any future competitions, is Galway M. Kinnell’s remarkable ‘Conversation at Tea at Twenty,’” wrote Carlos H. Baker, Woodrow Wilson Professor of Literature in the Daily Princetonian, November 14, 1947. He continued, 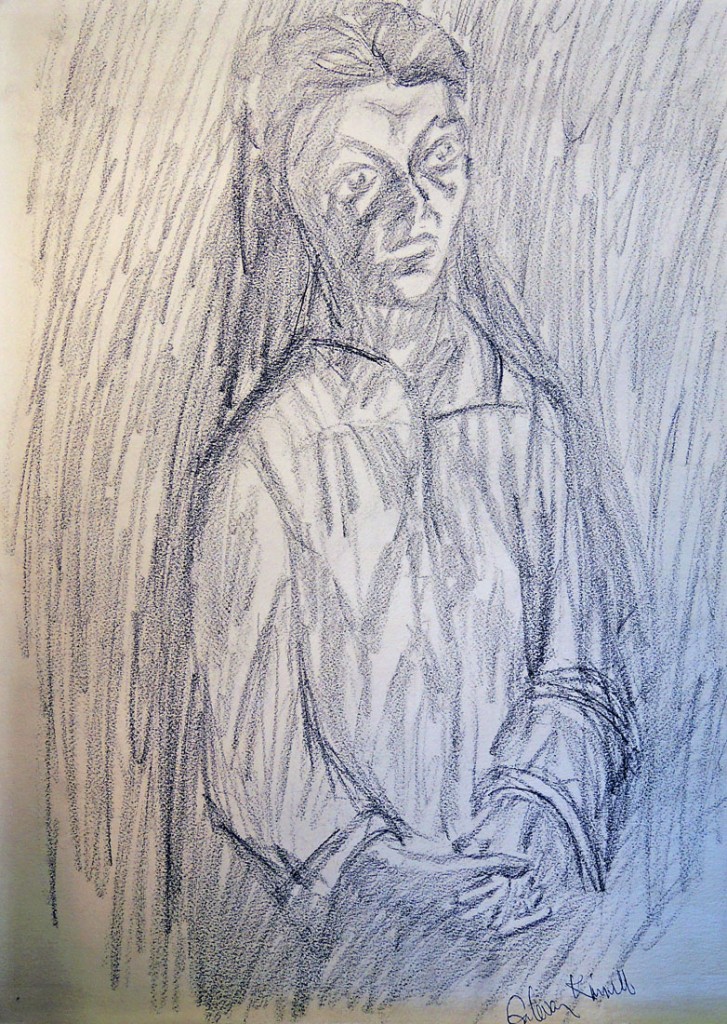 “—a poem which combines a high specific gravity with a deep ironic risibility, and unlike most of the other poems in this issue is about something pretty important: one man’s declaration of war against the world until the time, and he, are ripe enough to write the necessary peace. Mr. Kinnell is not afraid to leave his verse rough at the edges; but a strong-thewed giant is emergent from that rock, and there may come a time when Kinnell can set him free—with courage, patience, and determination.”

Four weeks later, The Daily Princetonian announced “Kinnell ’48 Scores as Poet. The National Poetry Association has announced that “Summer,” a poem written by Galway M. Kinnell ’48 has been selected for publication in the Annual Anthology of College Poetry. The book is composed of the best poems written by college students throughout the country.”

Conversation at Tea at Twenty

I have been waiting here too long.
Imbibing
Tea, while the souls I love, wan
Troilus, old King
Lear, fool-guided through the world,
The noble
Prince, and Bergerac, O more to tell
Too endless–Gib, Chris, and all—
Hold hell’s
Hot breath back, and muster me to
Battle.

But now I must nurse my courage in
A sling,
For all the ancient skies are ripening:
Soon golden fruit will form like
Summer clouds,
And ask for poet-men to sing like lords
Of giant gods that pace
The mountain-tops. There will I write
My peace.