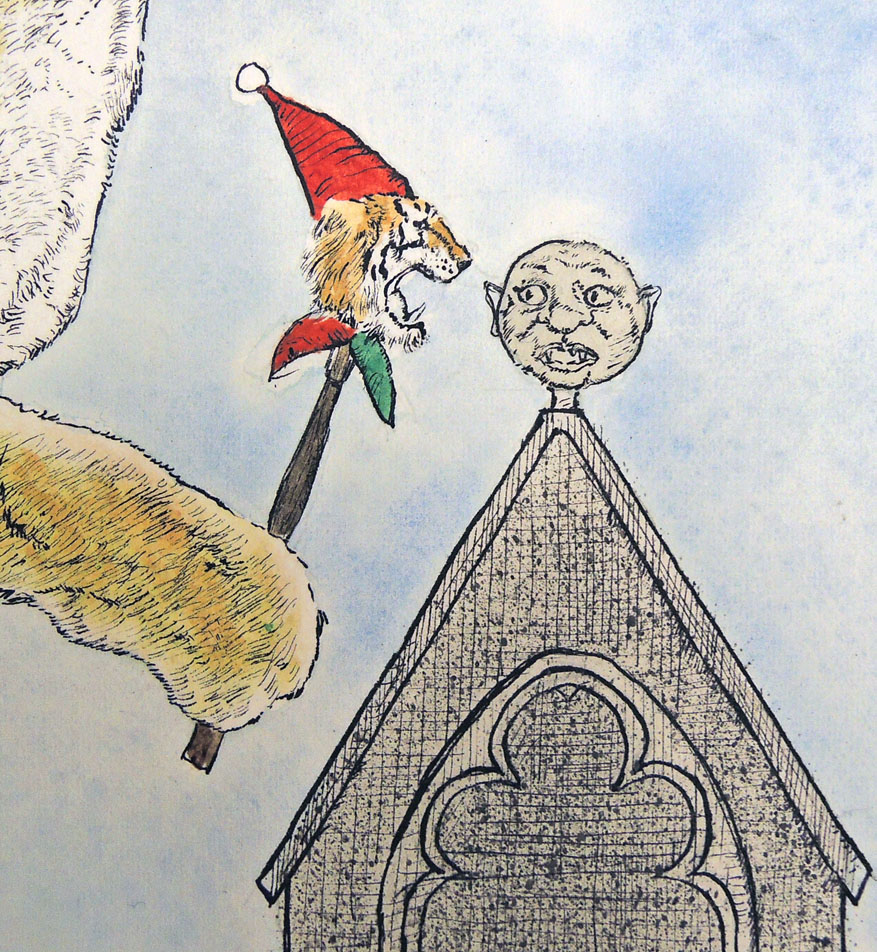 On March 7, 1882, volume one, number one of The Princeton Tiger made its first appearance on campus, with the title page stating “Here we are.” To celebrate the Tiger‘s centennial, a wonderful book was published in 1983 entitled, Roaring at One Hundred: The Princeton Tiger Magazine Centennial Album, with a book jacket designed by Jonathan Bumas, Class of 1978.

Thanks to the generous donation of W. Allen Scheuch II, Class of 1976, the Graphic Arts Collection recently acquired the artist’s original watercolor for the front and back of the jacket. It is inscribed on the verso with the following note: 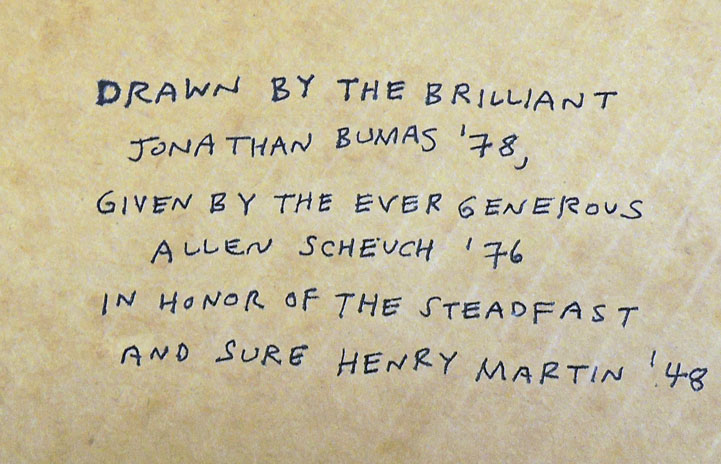 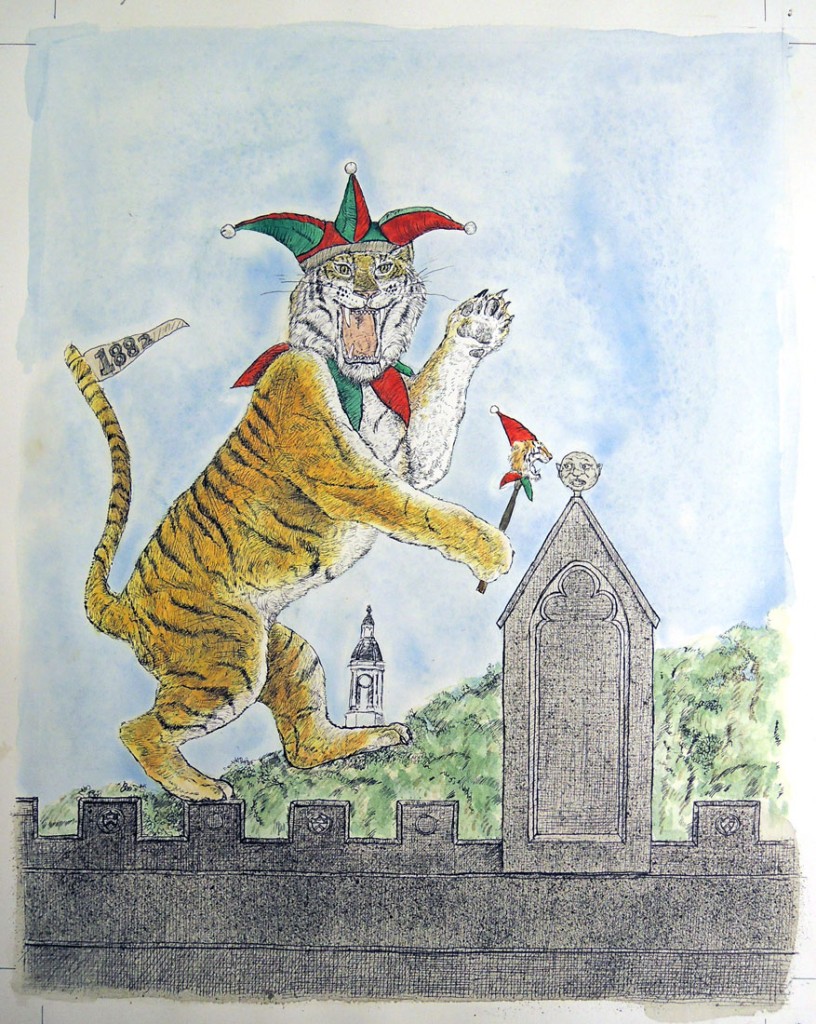 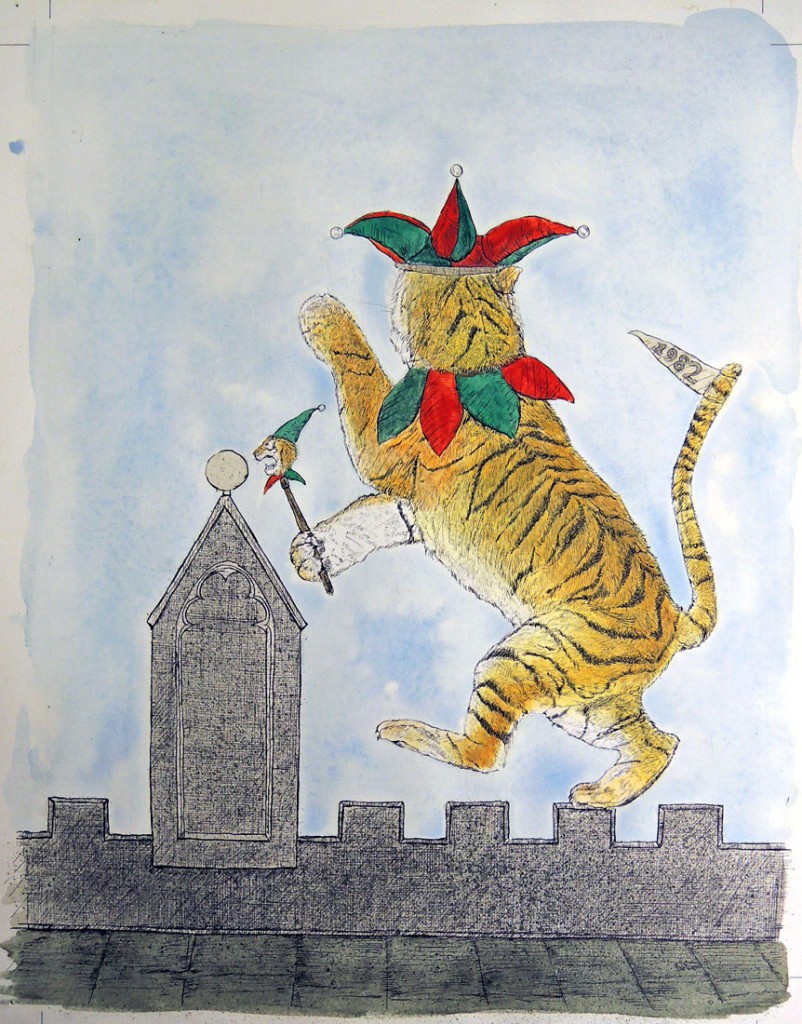 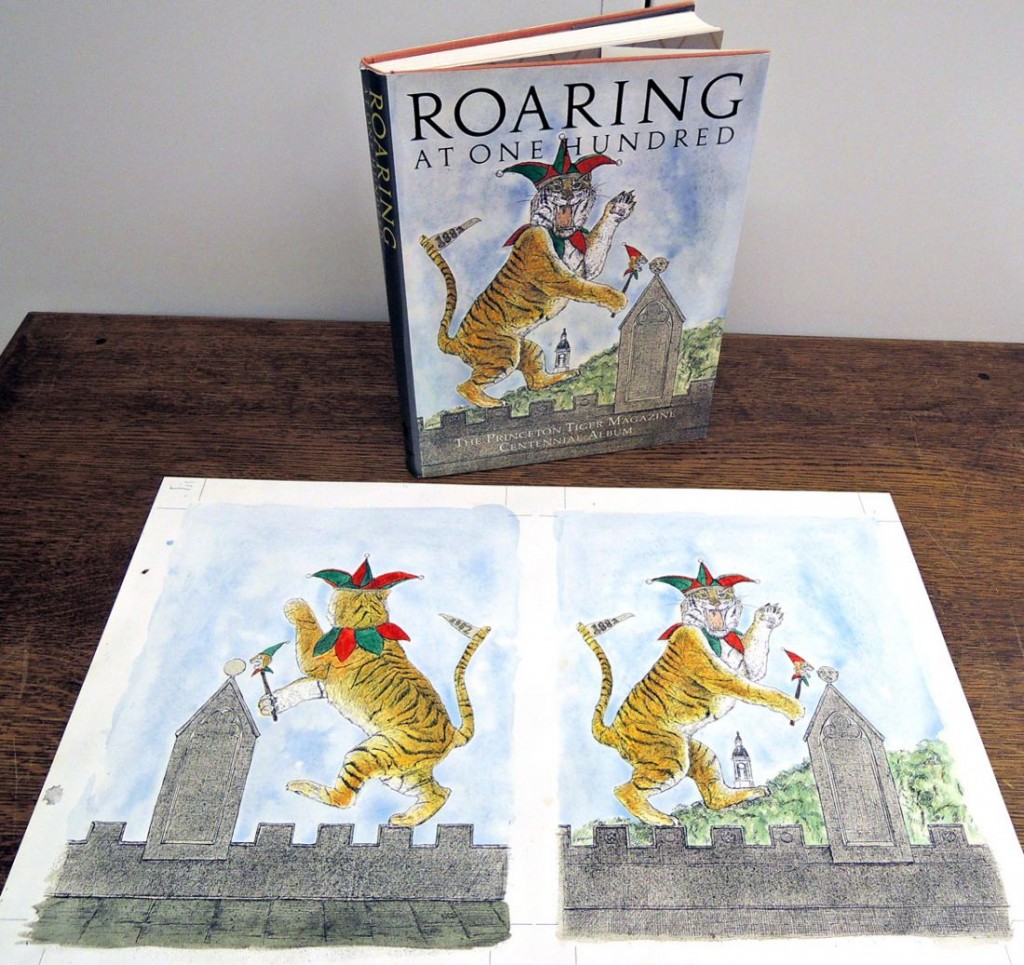 The book’s introduction begins, “In our frequent wanderings on the planet, we have inadvertently crossed paths with people whose natures seem rooted in rushing through life. We have, on occasion, observed such desperate souls nervously gulping down meals, madly sprinting to the library, or dashing somewhere to prepare for jogging or some equally inspired activity. We are not of that ilk. Rather, we prefer to pause and savor the passing show; to delight in its endless ironies, quandaries, and contradictions, and to laugh at them. The Tiger taught us that; to relish the moment; to take a long drag on the pipe and recreate Da Vinci’s Madonna of the Rocks in smoke rings; to sip the julep by Andy’s Puddle in May with a fine eye for the crabs of their shells and the crisp catches of ours; to sit hearthside in the warmth of a winter’s blaze midst lively company long after the last crumb of cake has reached our gullets, strengthening friendship’s bond with good humor, bad puns, and curious potions; to know the poets not by their call numbers but by their muses.”–Jose W. Pincay-Delgado and W. Allen Scheuch II