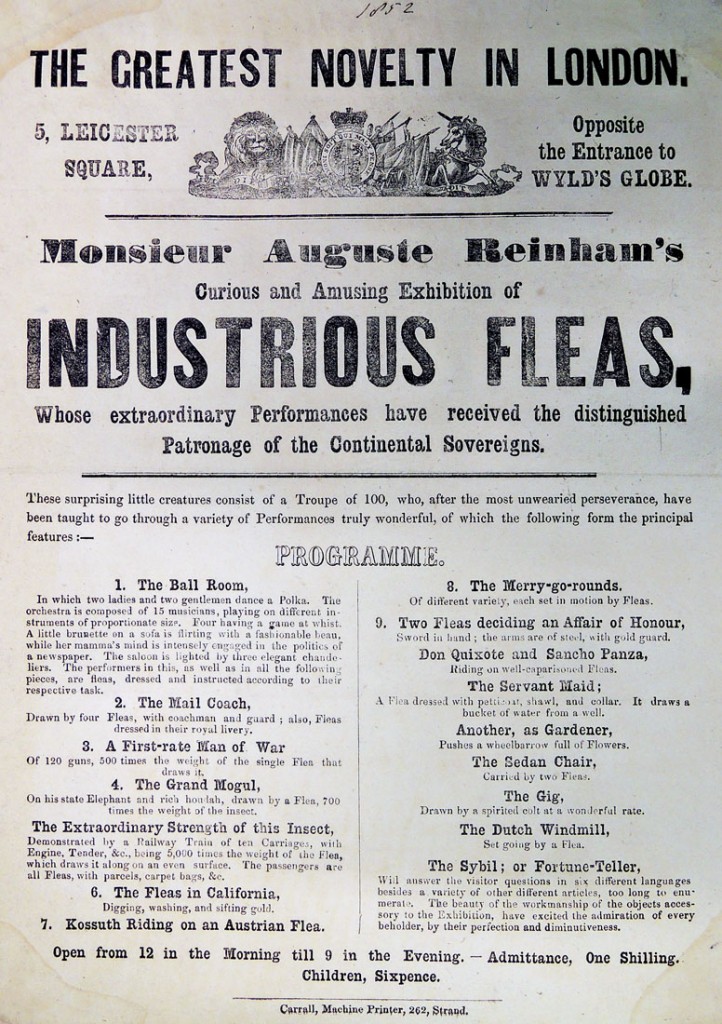 Reinham’s flea circus on Leicester Square was one of many such entertainments in the mid-19th century. This rare broadside announces a troop of 100 fleas, which have been “taught to go through a variety of Performances truly wonderful…”

The program featured two fleas enacting a duel with swords “deciding an affair of honour”; a sybil or fortune-teller flea who promised to answer the visitor’s questions in six different languages; and California fleas digging, washing, and sifting for gold. A railway train of ten carriages (along with flea passengers and their luggage) was pulled by a single flea weighing 5000 times less than the train. Unfortunately, there are no pictures of the acts.

Here is a video of a 1950 flea circus from Birmingham: http://www.britishpathe.com/video/flea-circus 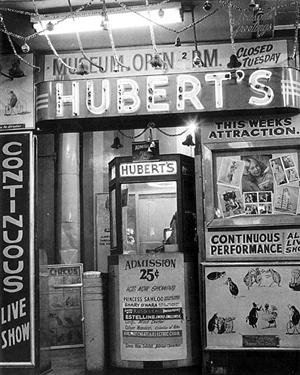 In the United States, Professor Roy Heckler was the sole trainer, keeper, and curator of Hubert’s Museum on 42nd Street where he ran a flea circus from 1925 to 1956. After that, he packed the circus into one suitcase and moved to Sarasota, Florida.