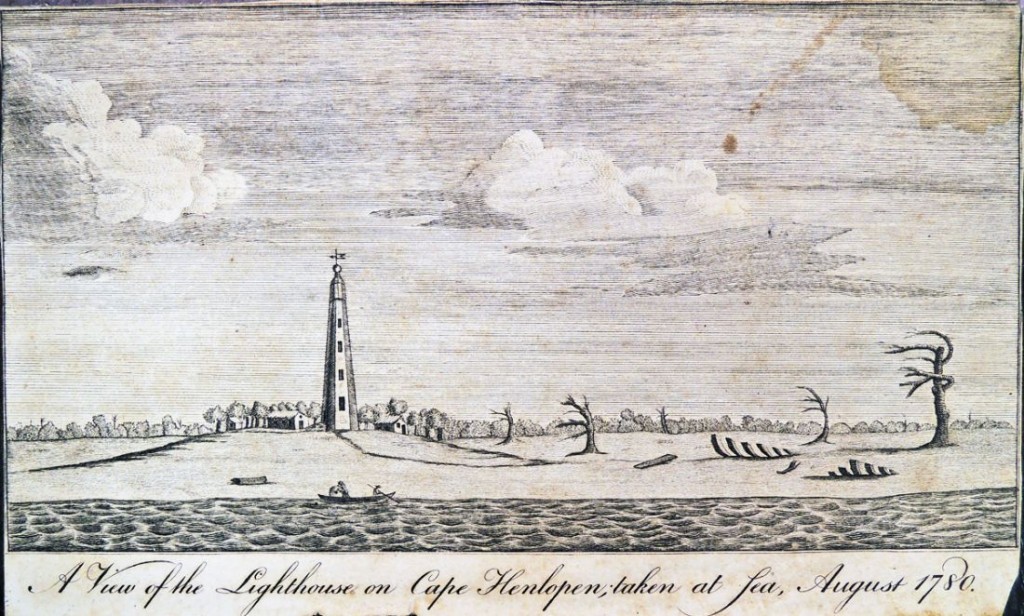 This 18th century engraving only recently turned up in a folder. Created by an unidentified artist, the view documents the Cape Henlopen lighthouse only 13 years after it was built in 1767. The print was published in the February 1788 Columbian Magazine or Monthly Miscellany, opposite page 108, although it may well have been used as an illustration earlier. 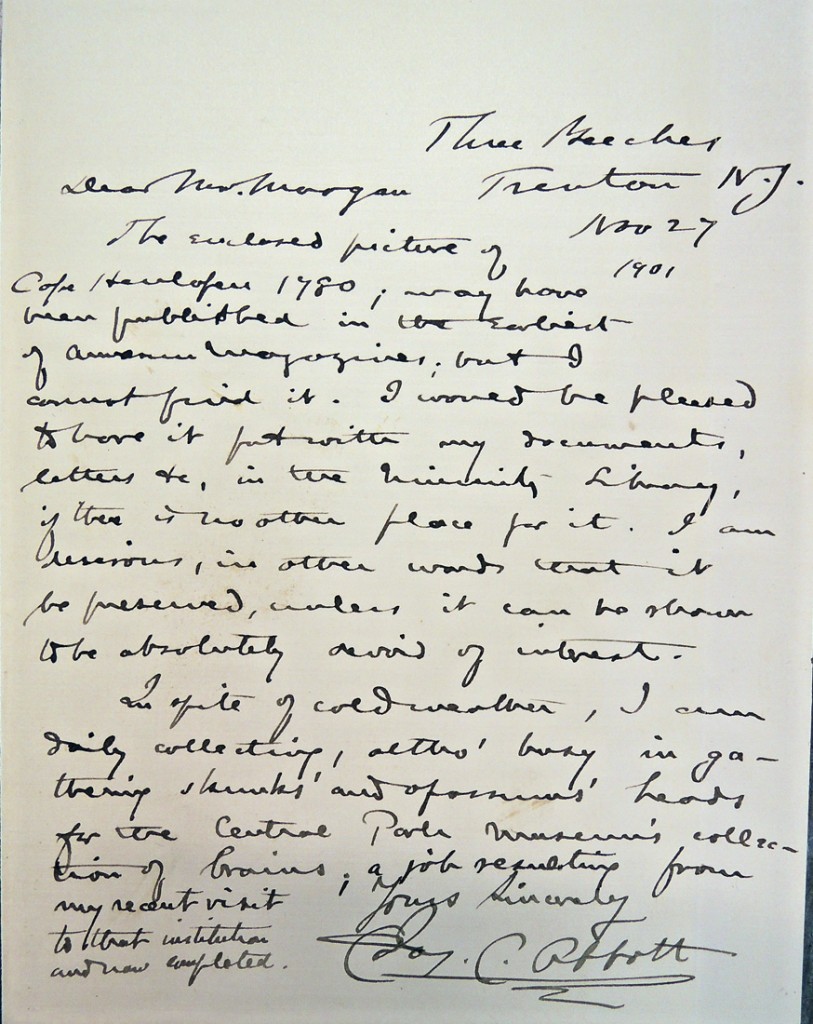 Here is a brief history of the lighthouse by Eric A. Pearson Jr. “Bits and Pieces on Fabulous Cape Henlopen”:

“Before collapsing in April 1926, the Cape Henlopen Lighthouse guided vessels from the Atlantic Ocean into the Delaware Bay for more than 150 years. Built in 1767 with money raised from a series of lotteries in Philadelphia, the lighthouse was made of stone brought down from the Brandywine River north of Wilmington, Del., near the Pennsylvania border. The tower was 26 feet in diameter, 6 feet thick at the base, 69 feet, 3 inches tall, and 17 feet, 6 inches in diameter and 3 feet thick at the top. It was built on the north side of the Great Dune, 46 feet above sea level, to obtain additional height. Because the dune moved 3 to 5 feet a year, it eventually claimed the lighthouse.”