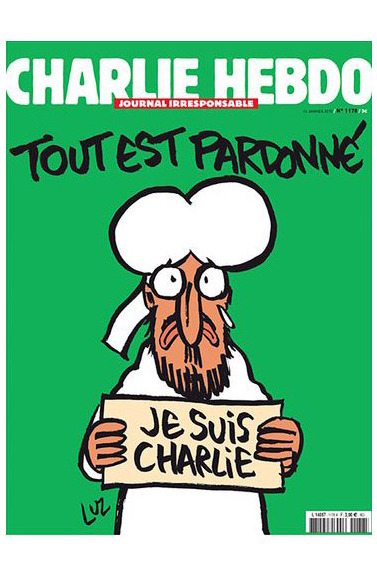 The latest issue of Charlie Hebdo went to press last night, with an anticipated print run of three million. A spokesperson for the satirical weekly said, “We have requests for 300,000 copies throughout the world – and demand keeps rising by the hour. [One] million will go. As of Thursday, the decision will probably be taken to print extra copies… So we’ll have one million, plus two if necessary.”

The cover was drawn by the staff cartoonist known as Luz (Rénald Luzier), who was born on January 7, 1972. Because of his birthday, the artist was 30 minutes late in arriving to the editorial meeting at the Charlie Hebdo office last week and escaped the terrorist attack.