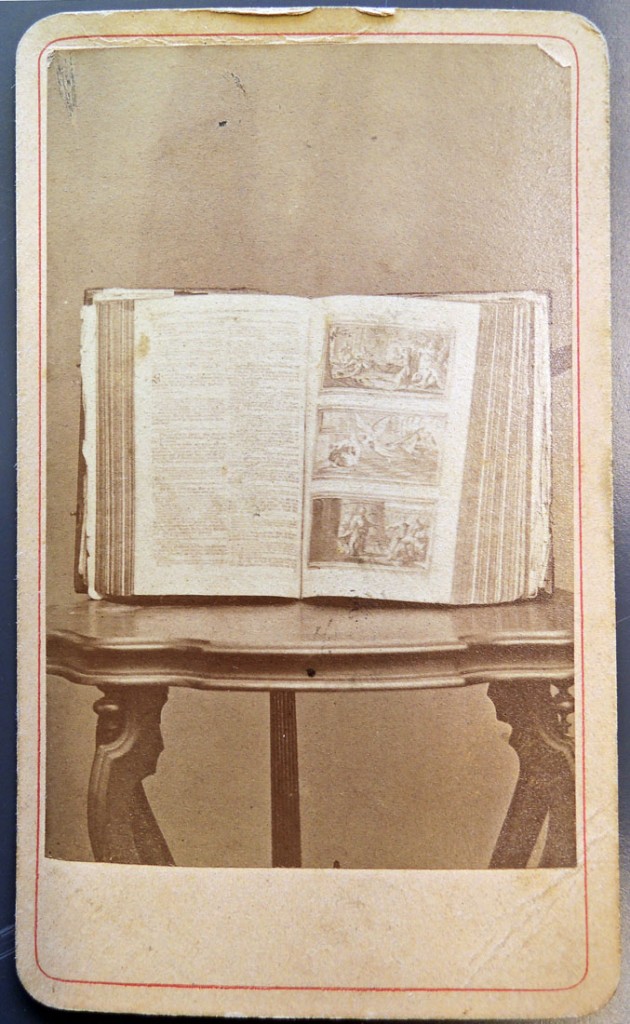 Nineteenth-century cartes-de-viste were most often portraits of celebrated figures who posed at the commercial studios of local photographers. They sat or stood holding various books or other personal effects to indicate their occupations and interests. Seldom do we see the objects of affection on their own, such as with these three CDVs of a large Bible taken at the People’s Popular Photograph Rooms, in Bridgeport Connecticut, ca. 1860-1870. 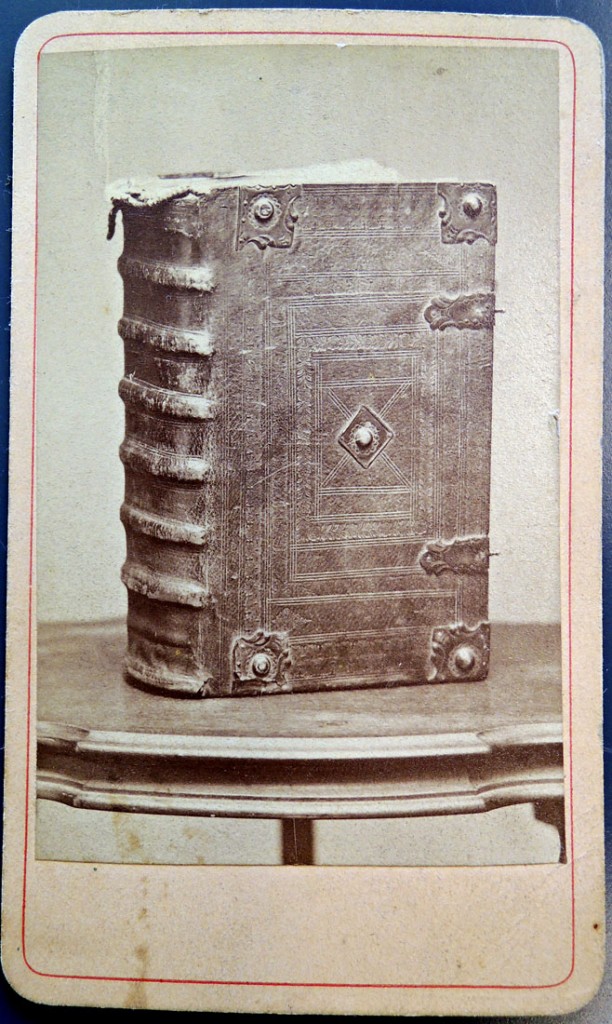 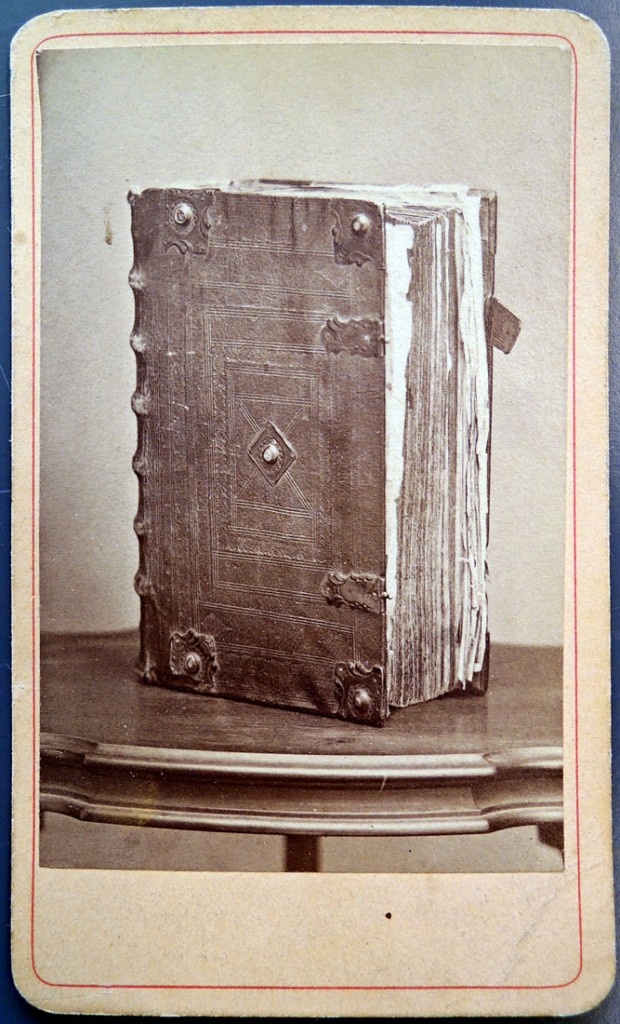 In trying to identify the book in the photographs, Steve Ferguson had the good suggestion to look at the first edition of Luther’s German translation of the Bible posted by the Special Collection Division of the University at St. Andrews Library. 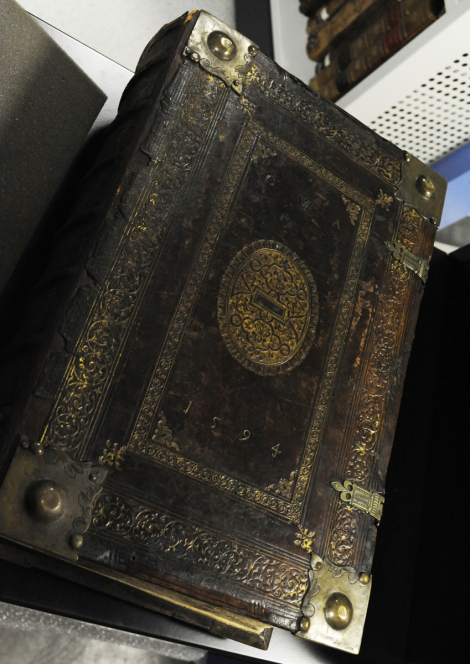 Created in the early 16th century, the binding is similar, as are the illustrations by Jost Amman and his workshop. I have yet to find a collector in Connecticut who might have owned such a bible in the 19th century.

If you have other suggestions, we would be grateful to hear them.