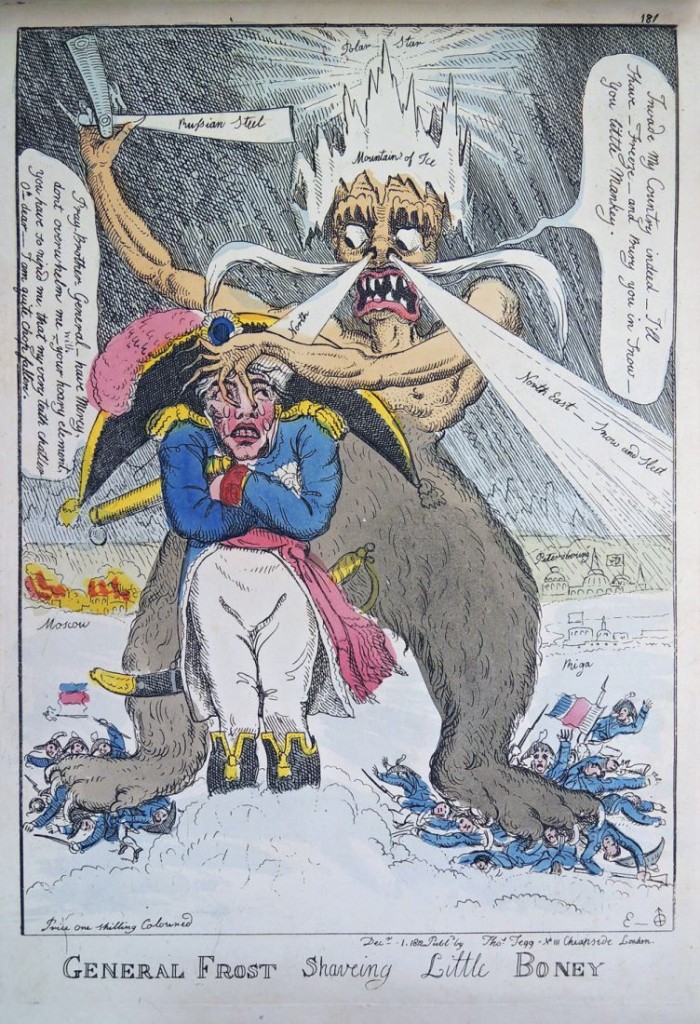 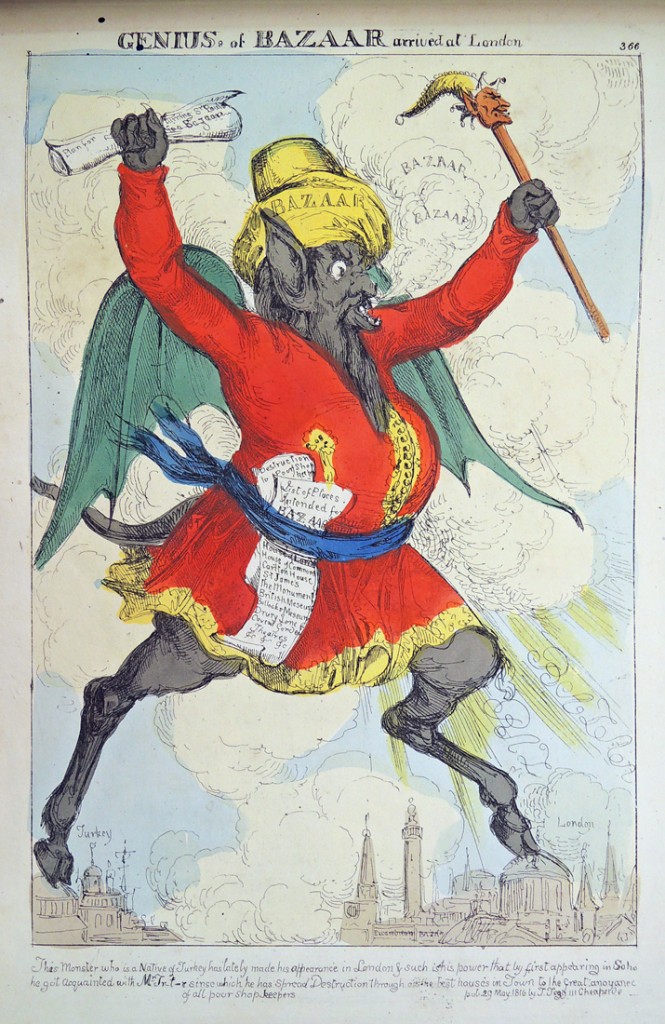 “This Monster who is a Native of Turkey has lately made his appearance in London & such is his power that by first appearing in Soho he got Acquainted with Mr Tr-t-r sinse which he has Spread Destruction through all the best houses in Town to the Great anoyance of all poor Shop-keepers.” 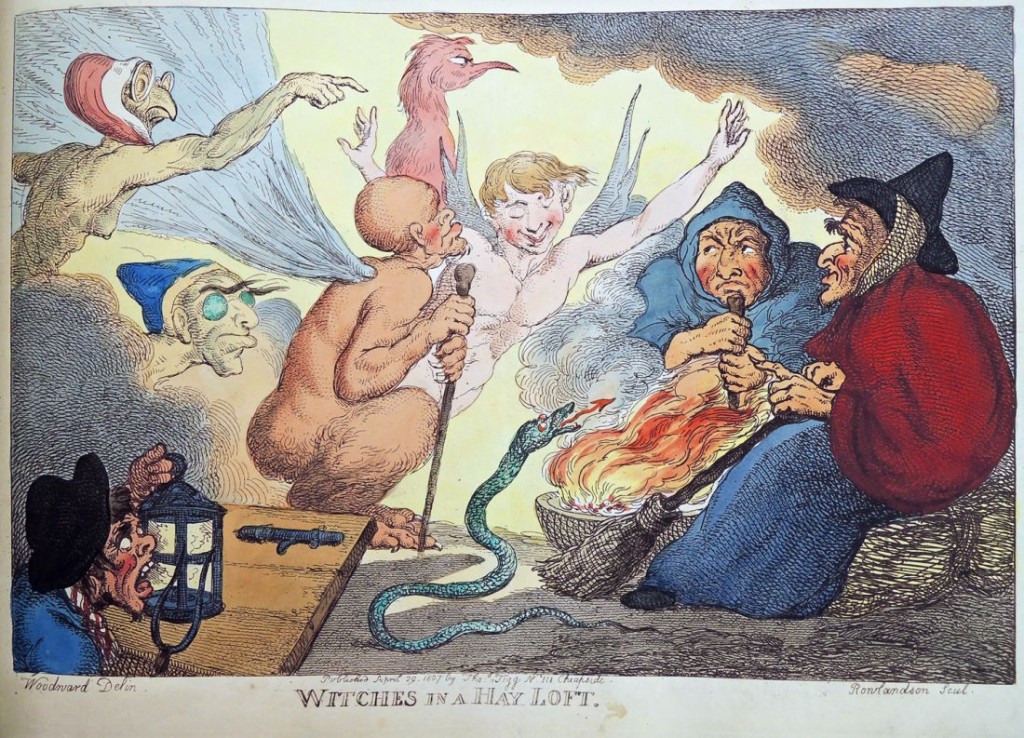 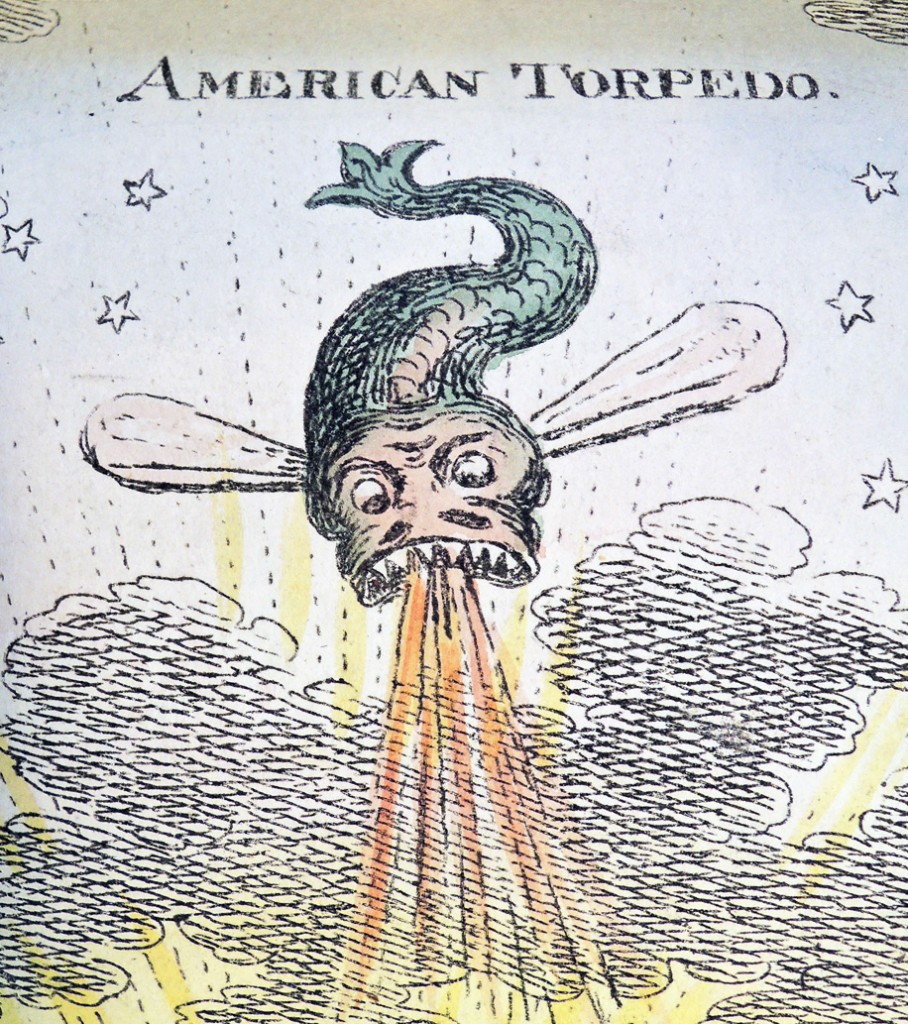 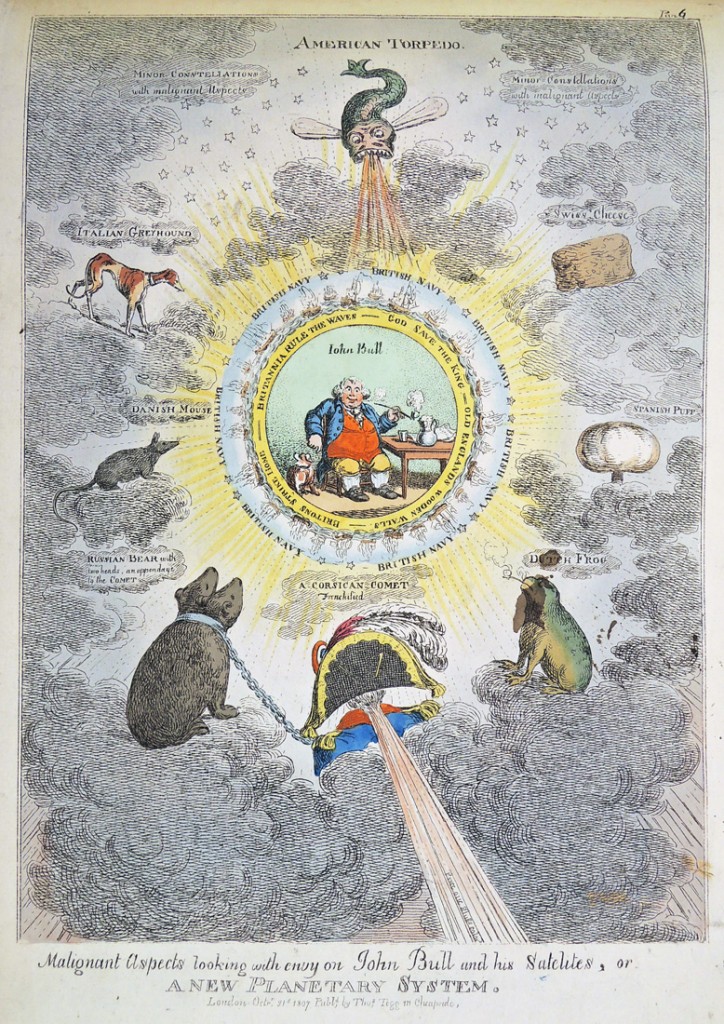 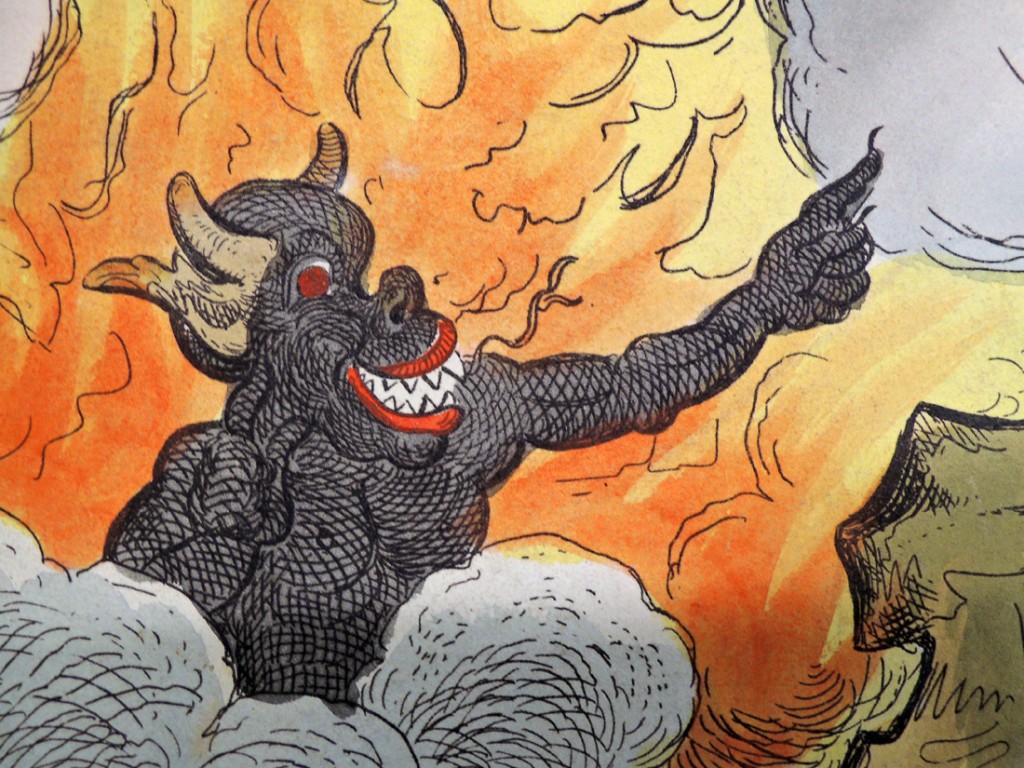 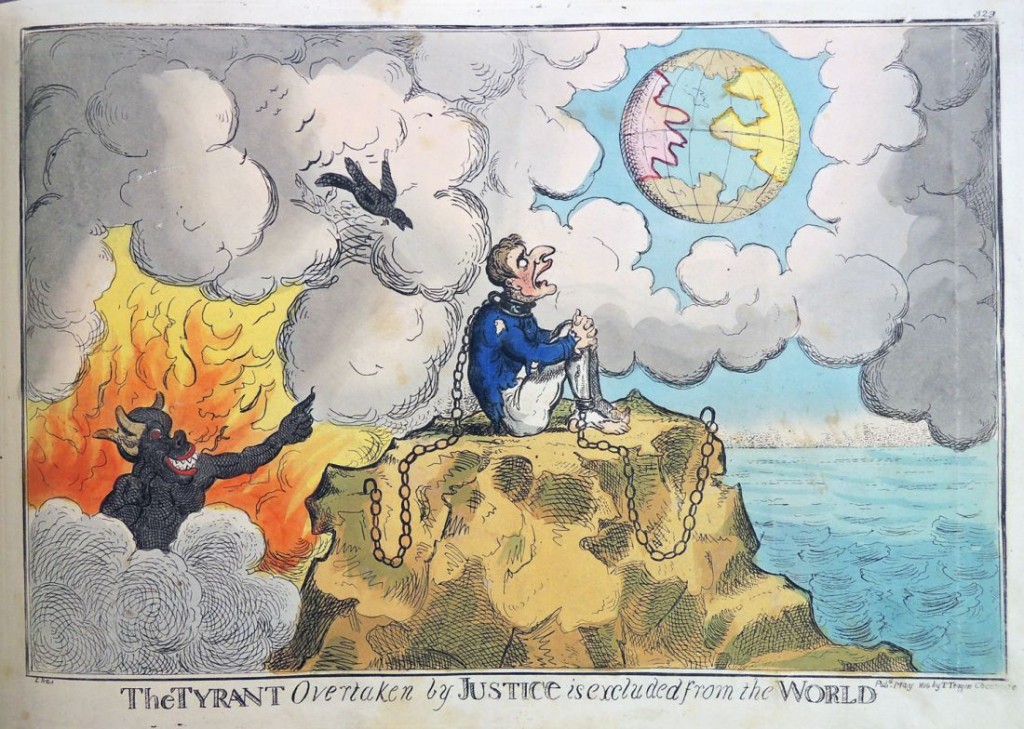 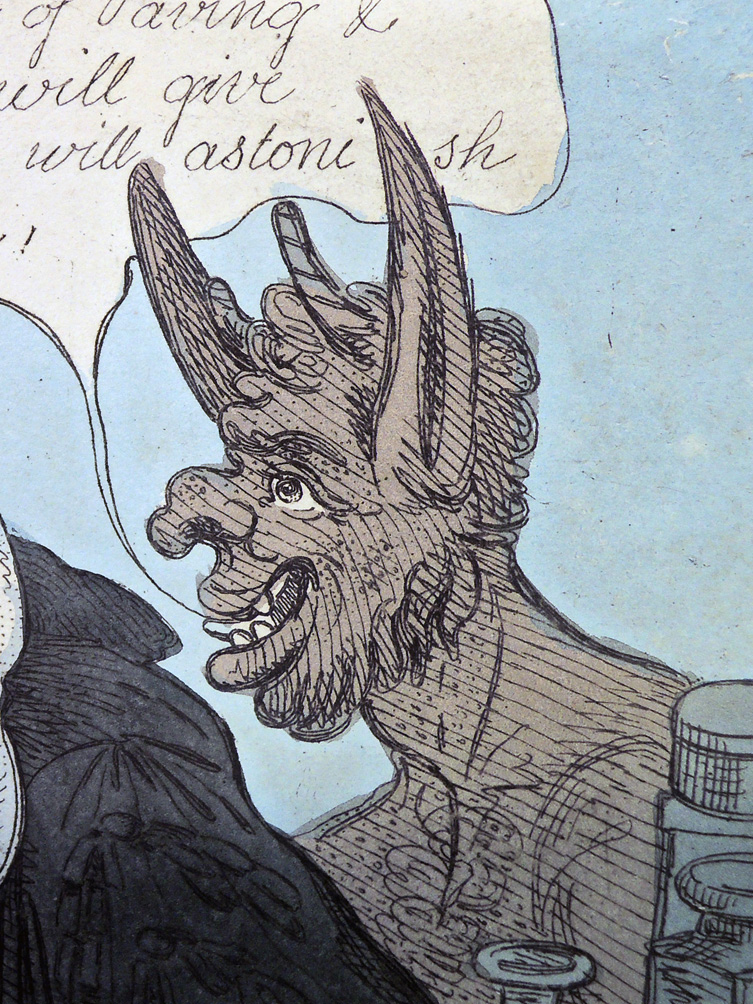 Unidentified artist, The Devil and Doctor Fostus or a finishing dose for poor Hibernia, no date [1809?]. Hand-colored etching.

“Doctor Fostus’s invaluable remedy for Bankruptcies, poverty, distress, Nakedness, loss of trade, starvation, and all other Calamities incident to a long oppress’d and suffering people—the Doctor ever anxious to promote the Welfare of Ireland now offers his anti gallic Quintessence to the scrutinising eye of an enlightened populice [sic], with the trifleing advance of 50. pr cent, occasioned by the highly beneficial useful & necessary war, and happy success of our late & present glorious Expeditions— this Noble Medecine is composed of all the Doctors former & present happy compositions—a single Dose of which acts so powerfully on the Nervous System as to rid the patient of all his Earthly Infirmities—” 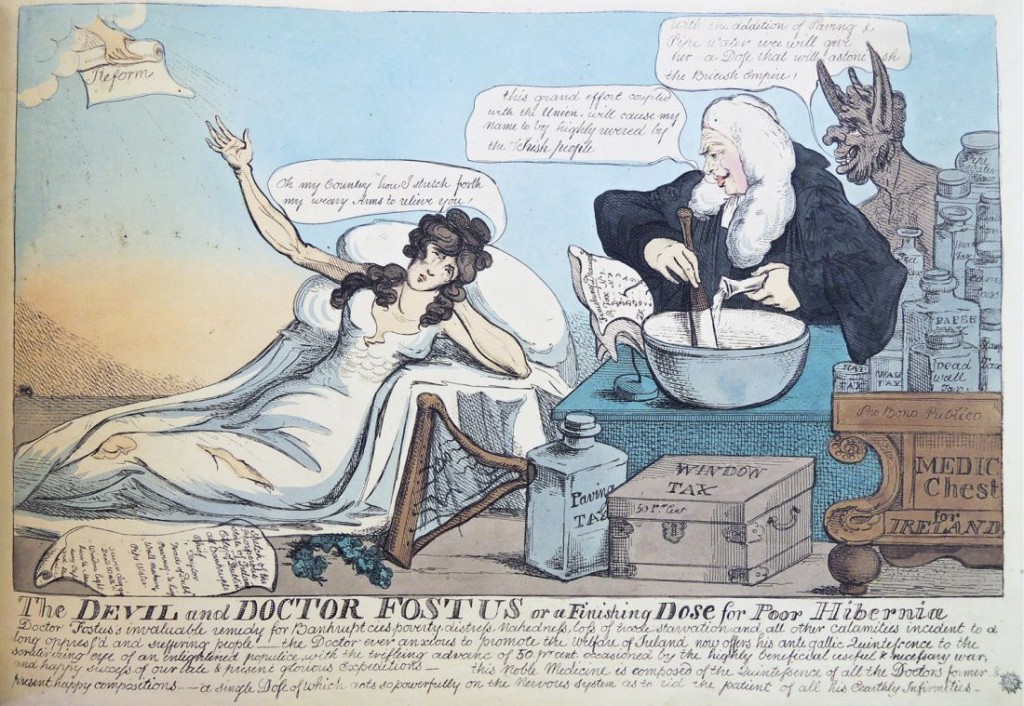 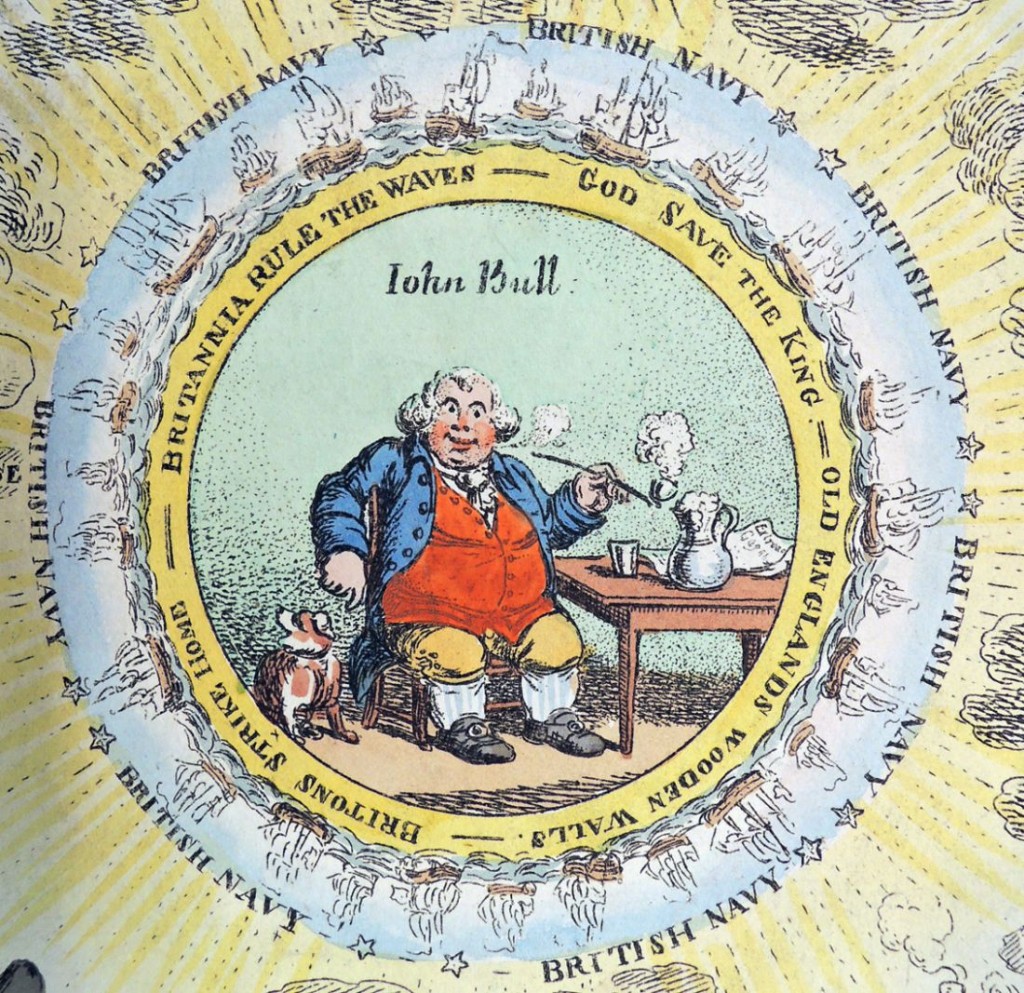