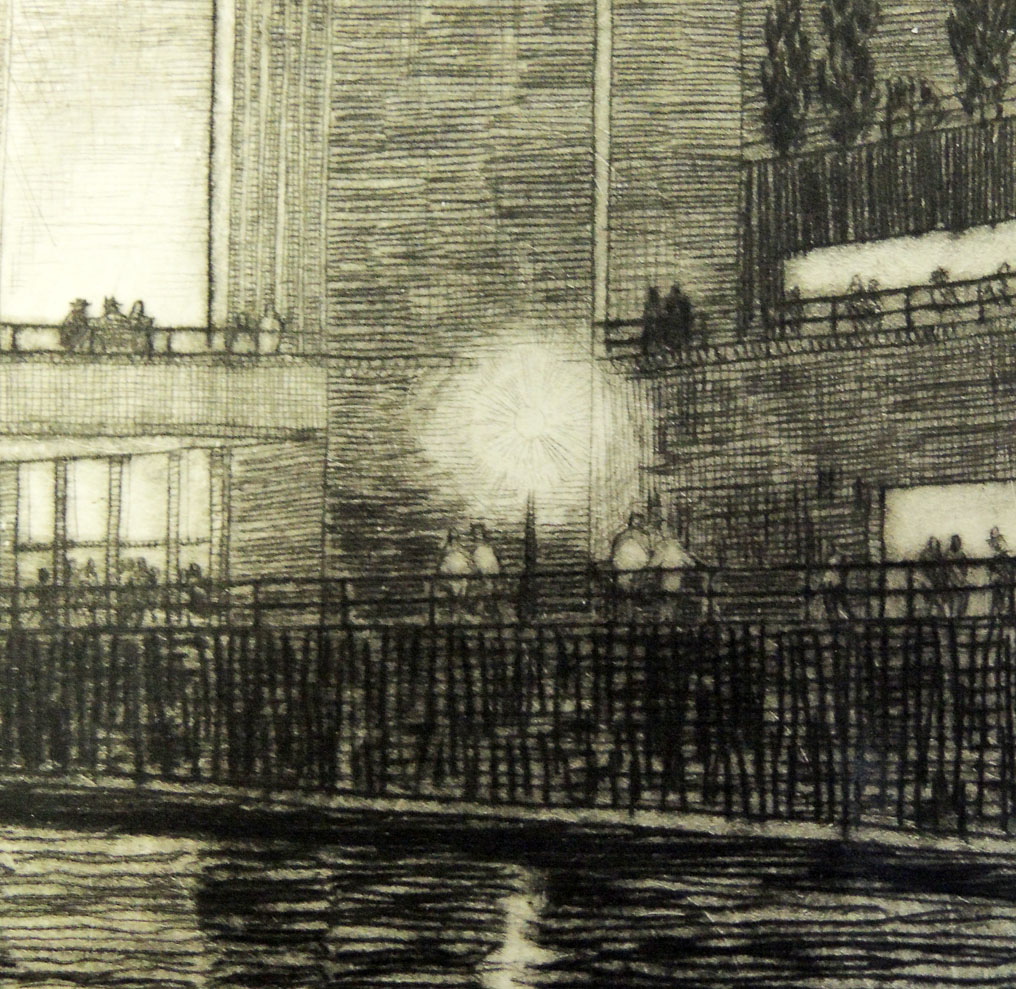 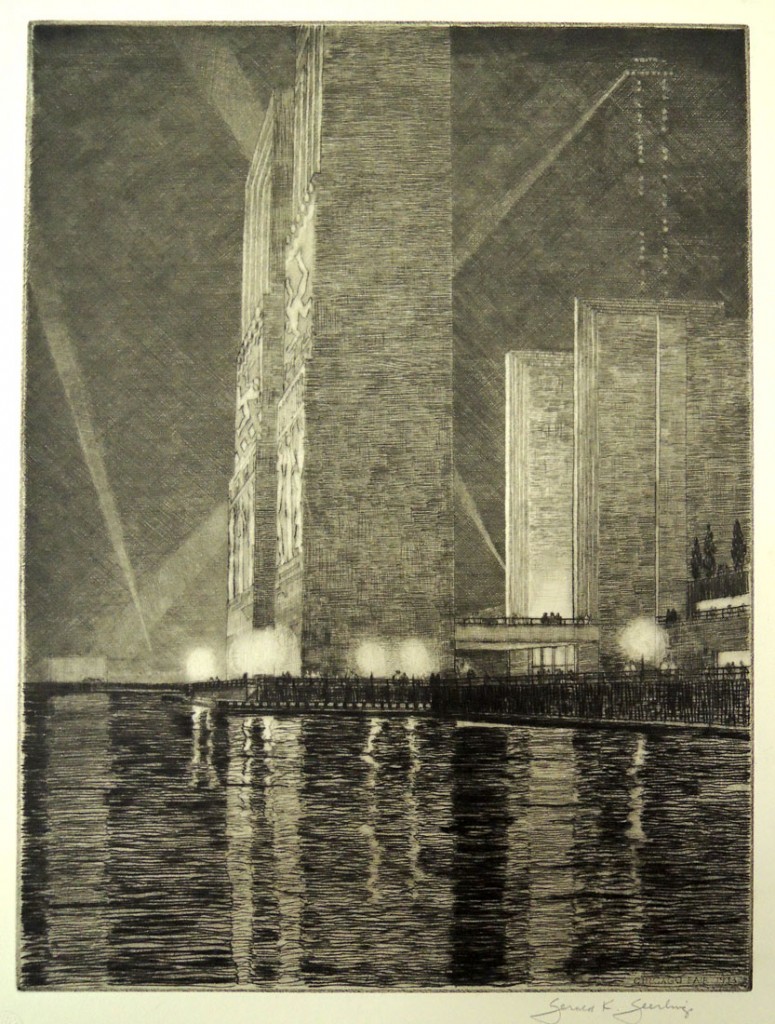 The American artist Gerald Geerlings was awarded first prize for the best etching at the 1933 “Century of Progress,” Chicago World’s Fair. Click here to view a large photographic panorama of century of progress from the Library of Congress collection.

“[Shepard] Vogelgesang collaborated with J. L. McConnell, the director of electrical effects, to get an idea of how to effectively merge color and light at night. Illumination in 1934 was reported to be about fifty per cent greater than in 1933. Two scintillators shot variegated patterns of colored light into the sky. The most spectacular new feature of the 1934 fair was the huge new fountain which was illuminated and colored by submarine flood lights extending the length of the fountain. The ever changing lights could be controlled either automatically or by hand.” [Century of Progress website http://www.cityclicker.net/chicfair/index.html] 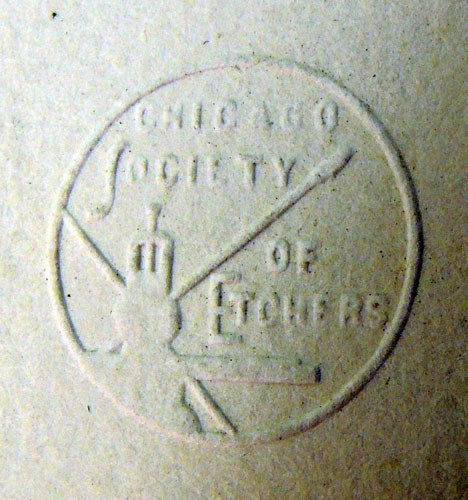