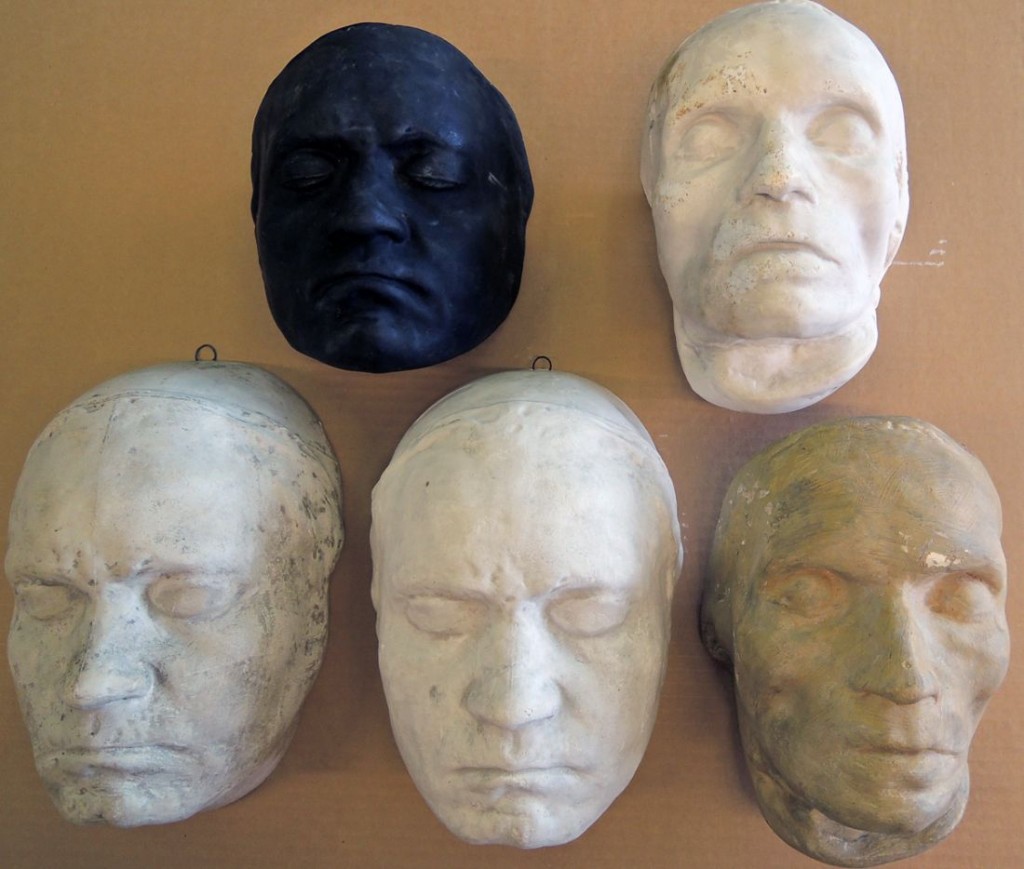 Within the Laurence Hutton collection of life and death masks, the largest number of a single person are of Ludwig van Beethoven (baptized 17 December 1770–26 March 1827). There are two from the cast taken during his lifetime and two from the cast taken a few days after the composer’s death. A fifth was made in bronze from life.

“There are two masks of Beethoven over which I was much perplexed. One came from Berlin and was official; the other was discovered in Stockholm—in a back street and in a cellar—and it had no history behind it. They are both clearly from nature, they are both unquestionably Beethoven, and they are not entirely alike.

I discovered after a long search that one mask was made by [Franz] Klein from life in 1812 when Beethoven was in his forty-second year. This the experts consider the better of the two. Klein’s bust of Beethoven, taken from it, is a familiar object in the music-halls and music-shops and in the homes of music-lovers the world over.

The second mask was made from death in 1827 by [Josef] Dannhauer. The eyes, to protect the lashes, were covered with small squares of cloth. In comparing the two, one is struck by the absence of consciousness in the cast from death, and by the decidedly conscious look in the other, as if the original knew he was sitting for his picture and was trying very hard ‘to look pleasant.’” 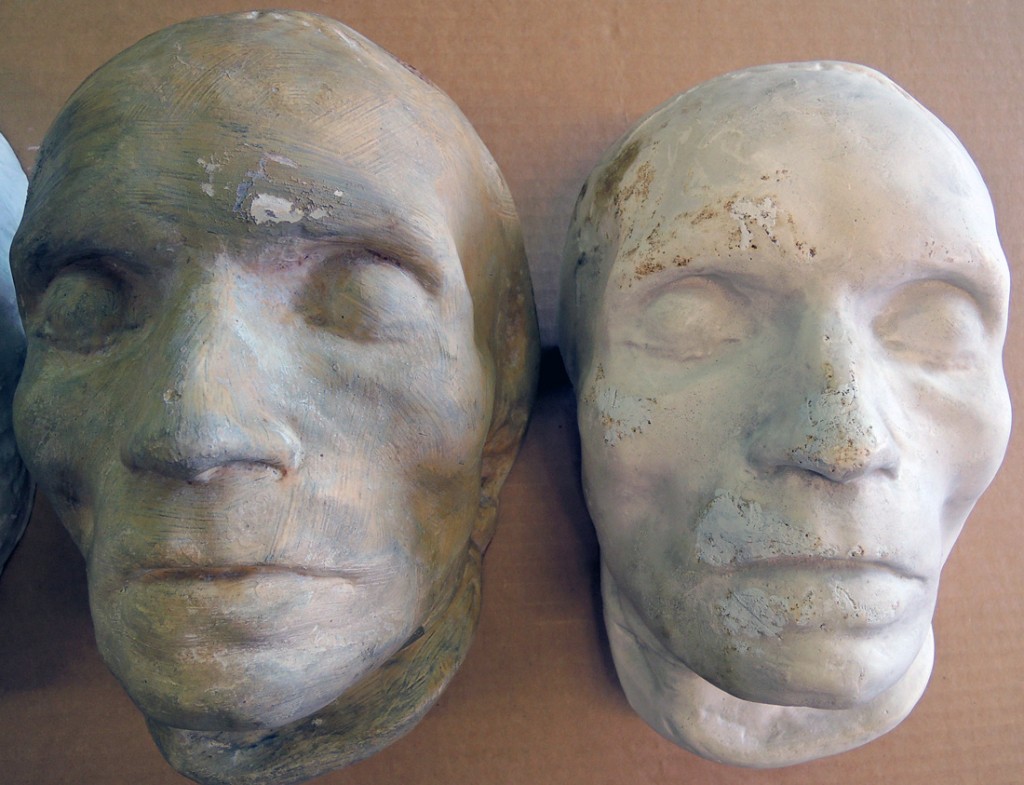 Two plaster masks after the death mask by Josef Dannhauer in 1827. 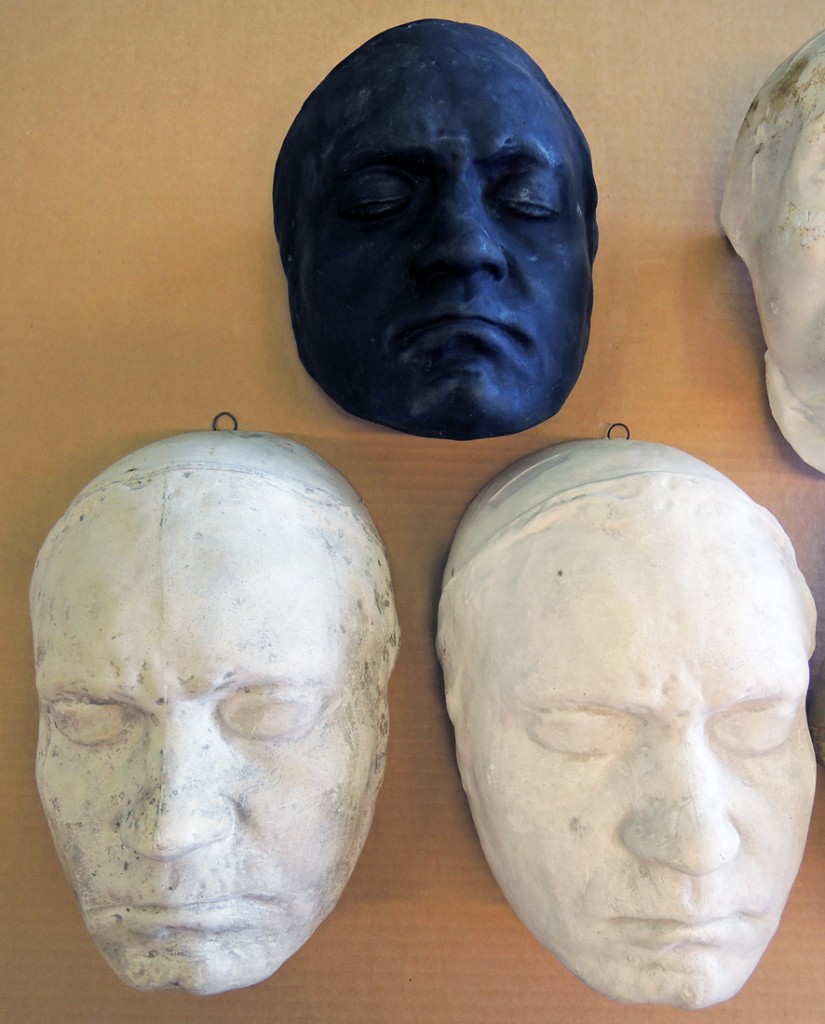 Three masks after the life mask by Franz Klein in 1812. 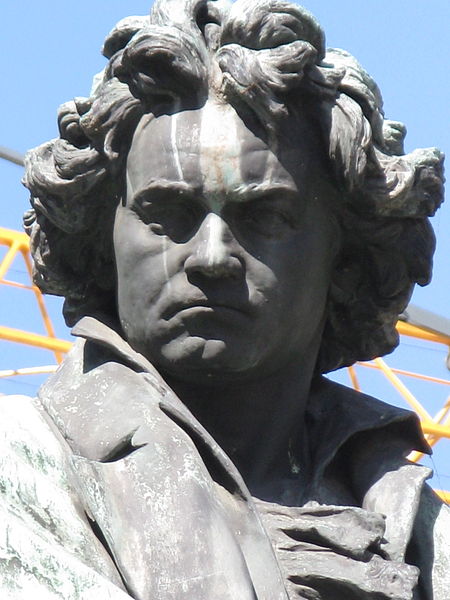