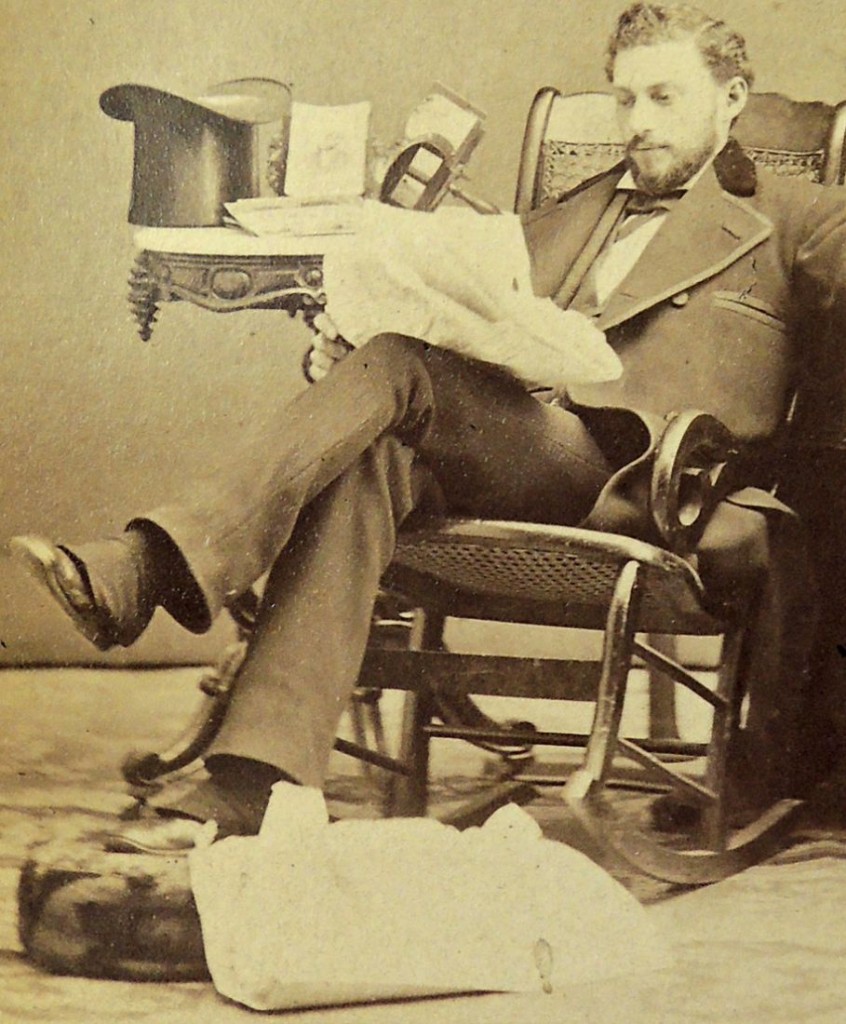 What has this collector brought to the Honesdale, Pennsylvania, Photography Studio of Joseph Bodie, to be included while having his portrait taken? Most of the objects in this cabinet card where already in Bodie’s studio but Mr. Chambers (seen here) has clearly chosen to include something else. Is it a new purchase or just today’s newspaper? Let us know your ideas. 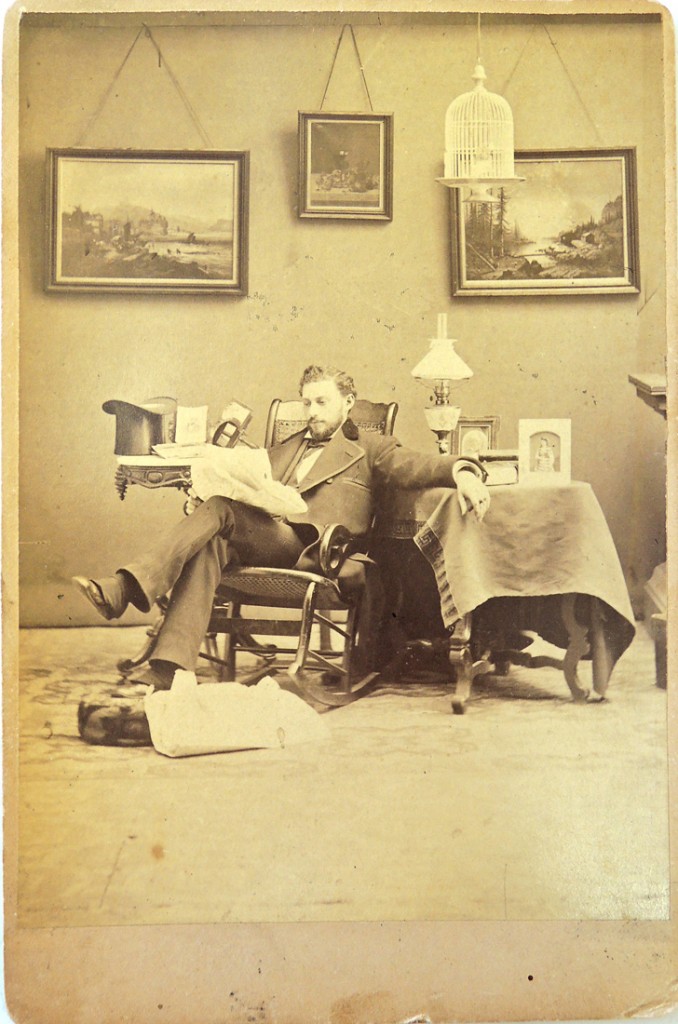 A sad note was included in the Bulletin of Photography in 1912, concerning the Bodie Studio:

This season of the year seems to be pretty well marked with a remarkable number of fires. Not a week has gone by, since the middle of January that we have not had our attention called to at least four or five, which have resulted in serious loss to the photographers. Just the other day W. F. Bell, of I.ulkin, Tex., suffered a loss of $850, with $500 insurance; the Lambert Studio, of Bridgeport, Conn., was damaged to the extent of $75; fire gutted the Charles M. Savage Studio, of Warren, Pa., resulting in $1000 damages; the Notman Photo Studio, of Boston, had a $300 fire; the J. A. Bodie Studio, at Honesdale, Pa., was totally destroyed, the loss of $2600 being only partially covered by insurance; Abel Christensen, of Kent, Ohio, lost $600, when the France Thompson Block burned, on the twelfth; a mysterious blaze in Redlands, Cal., damaged the Burnett Photo Shop, to the extent of $800; a fire starting in the Atlas Photograph Studio, 1719 South Halsted Street, Chicago, Ill., caused a $10,000 fire, as it not only burned the studio, but also two large feather goods stores…

F.V. Chambers, Bulletin of Photography: The Weekly Magazine for the Professional Photographer, Vol. 10, 1912