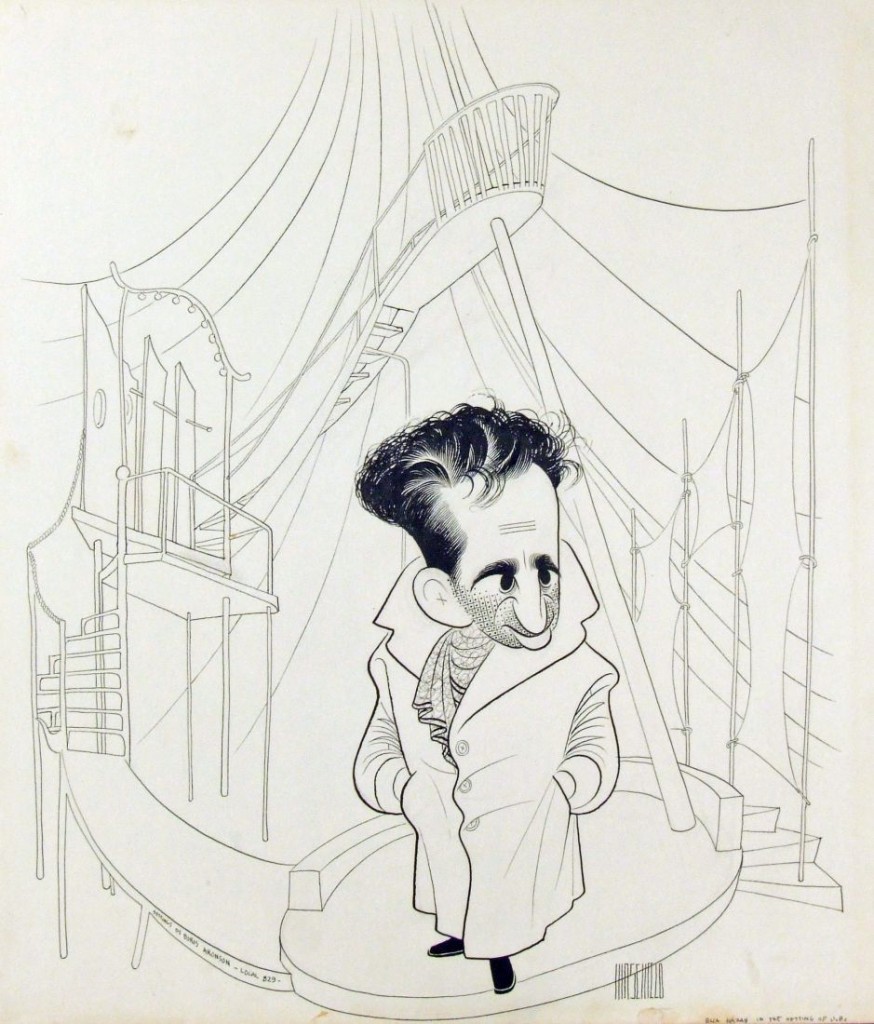 Our Al Hirschfeld drawing of Elia Kazan will be traveling soon to the exhibition: The Hirschfeld Century: The Art of Al Hirschfeld, at the New-York Historical Society from May 22 to October 12, 2015. Their website gives an introduction to the show:

Al Hirschfeld (1903-2003) brought a set of visual conventions to the task of performance portraiture when he made his debut in 1926. His signature work, defined by a linear calligraphic style made his name a verb to be “Hirschfelded” was a sign that one has arrived. Now for the first time, nine decades of his art are collected in The Hirschfeld Century: The Art of Al Hirschfeld documenting Hirschfeld’s life and career and, to a great extent, the history of the performing arts in the twentieth century and beyond.

The Hirschfeld Century examines his influences, his iconography, and his techniques, from his earliest works to his last drawings. Visitors will have the opportunity to trace this unique artist’s evolution by viewing his own body of work, including drawings, paintings, selections from sketchbooks, ephemera, and video.

This caricature is for the play J.B., which was performed at the ANTA Playhouse from December 11, 1958 to October 24, 1959. The two-act play was set in a traveling circus that had been on the road for a long time. It was produced by Alfred De Liagre, Jr.; Associate Producer: Joseph I. Levine; written by Archibald MacLeish; music by David Amram; directed by Elia Kazan; production designed by Boris Aronson; costume design by Lucinda Ballard; and lighting design by Tharon Musser. The cast included Raymond Massey as Mr. Zuss; Christopher Plummer as Nickles; Nan Martinas Sarah; Lane Bradbury as Jolly; Bert Conway as Bildad; and others.