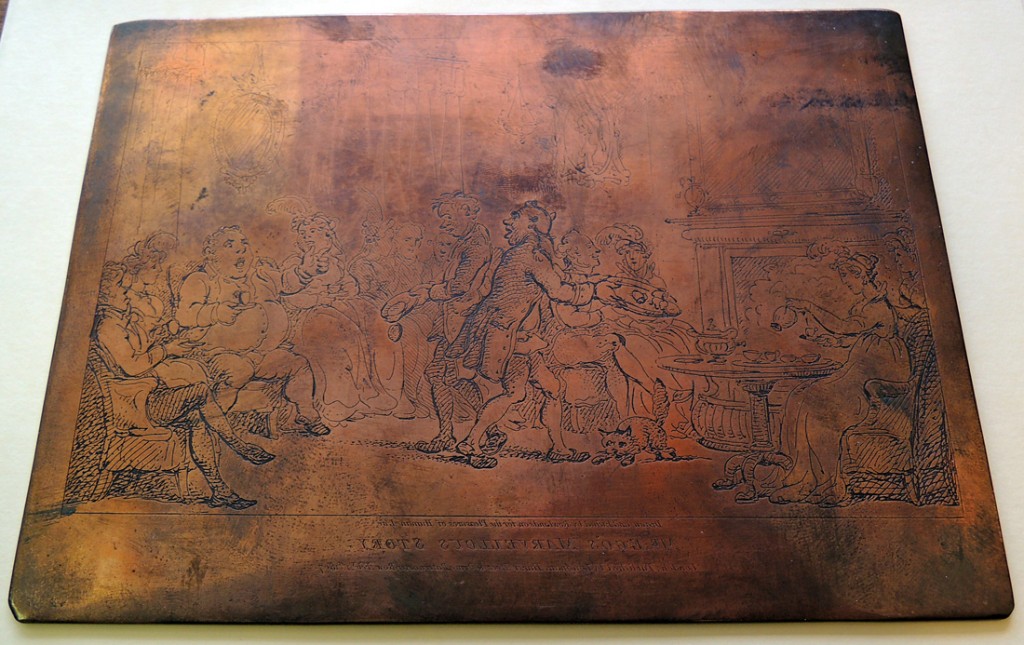 Within the Graphic Arts Collection’s extensive blocks & plates collection GC 148 is this etched copper plate by Thomas Rowlandson (ca.1756-1827) for the illustration entitled “Mr. Ego’s Marvellous Story,” opposite page 40 in The Pleasures of Human Life by Hilari Benevolus & Co. (pseud. of John Britton, 1771-1857).

We also have one sheet pulled from the plate (Graphic Arts Collection GA 2014.00381) and several copies of the published book with hand colored plates. 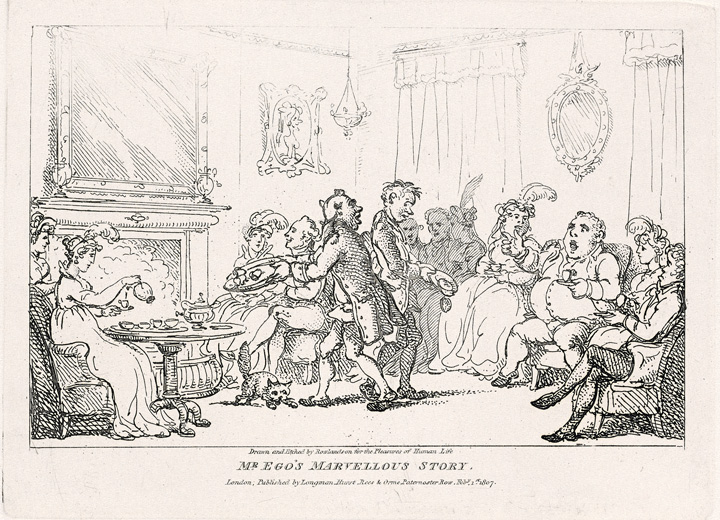 “Such is the character of Mr. Placid: how different is that of Mr. Ego! Both are attached to literature, and both may be said to be learned; but, whilst the former reads solely for self-satisfaction and mental instruction, the latter Hunts after knowledge merely to sport it in company.

His only pleasure is derived from an ostentatious display of learning; and there is no music so harmonious to his ear, as the sweet voice of praise, in being flattered on his deep researches and profound reading. Should others neglect to tickle him in this susceptible part, he absolutely contrives to tickle himself; and this is not a very common case. Even the Miss Livelys and Miss Sensibles cannot provoke laughter with their own fingers, either applied to the arm-pits, knees, or feet; nor even in the most susceptible part, just under the fifth rib on the left side, near the heart.

Mr. Ego’s vanity, in this respect, affords him only an occasional pleasure, and not one that he can command at all times. It depends on company, and requires that company to be good-naturedly civil; for unless the hinges of his tongue are kept in easy play by the oil of encomium, he soon grows dull, and sulkily stupid. Tempt him to talk, and. you will surely be amused, if not instructed; for, if the truths of learning fail to effect this, his flexible fancy can soon create; and he will embellish his narratives with the most dazzling and effulgent colours of fancy.” 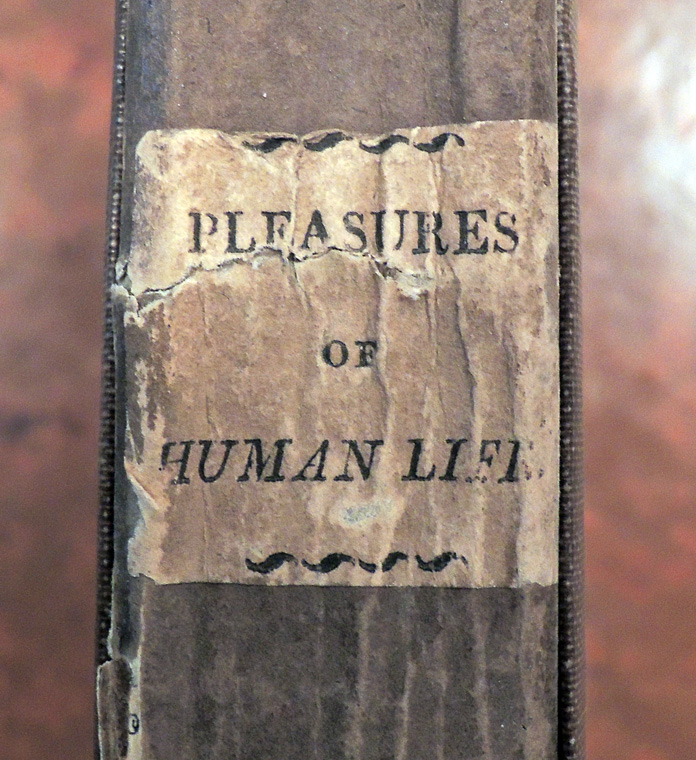 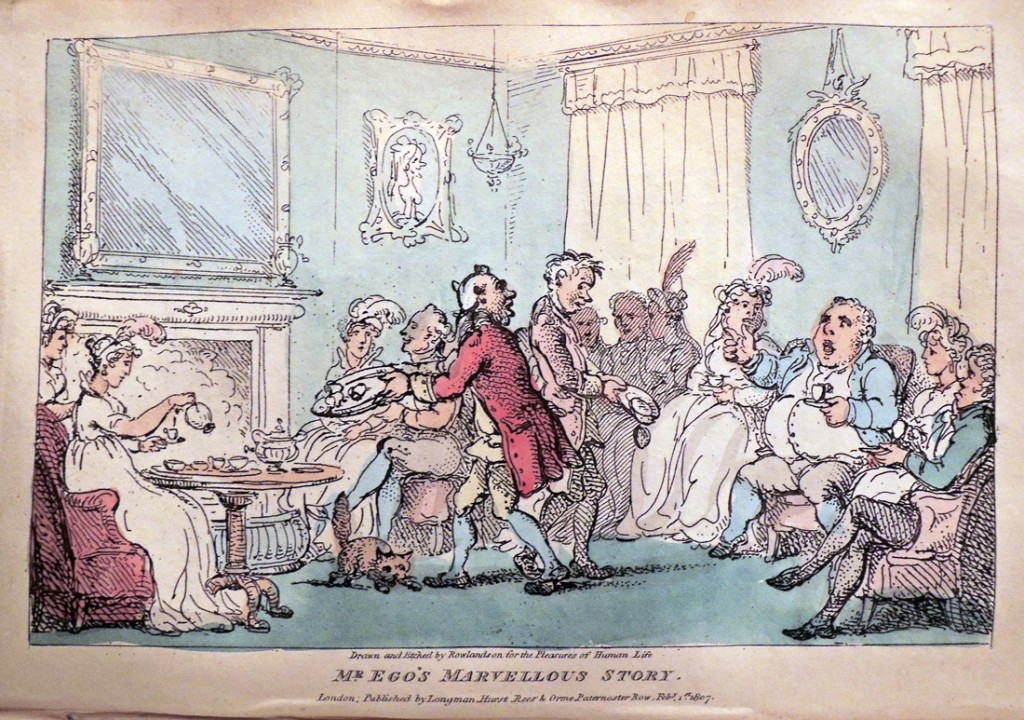