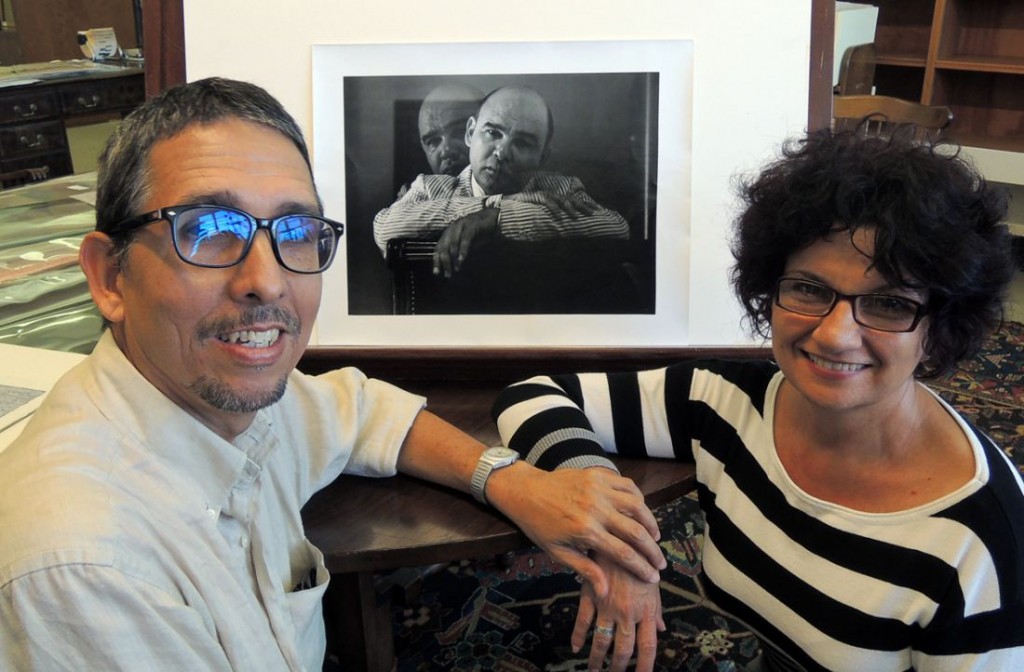 Gustavo Pérez and Oneyda González, 2015 Princeton University Library research grant recipients, are preparing a documentary on the Cuban artist, writer, and critic Severo Sarduy (1937-1993). They have come from Camaguey, Cuba, to see our collection of paintings and drawings by Sarduy, among other resources.

The project began over ten years ago, with Oneyda González’s publication, Severo Sarduy: escrito sobre un rostro (Camagüey: Editorial Ácana, 2003). Then, thanks to a grant from Cinergia, she was able to develope the initial script for a documentary entitled Severo Secreto (Secret Severo). In 2007 filmmaker Gustavo Pérez joined the project and they began compiling interviews including Antón Arrufat, Pablo Armando Fernández, Luis Marre, Gustavo Guerrero, Rafael Rojas, Juan Goytisolo and François Wahl, among other intellectuals of Sarduy’s generation.

A trailer for their documentary has been posted on YouTube and can be accessed here:

Thanks to the Program in Latin American Studes (PLAS) for help with the funding of these research grants. For more information about our collection of Sarduy’s art, see: https://blogs.princeton.edu/graphicarts/2011/11/severo_sarduy.html