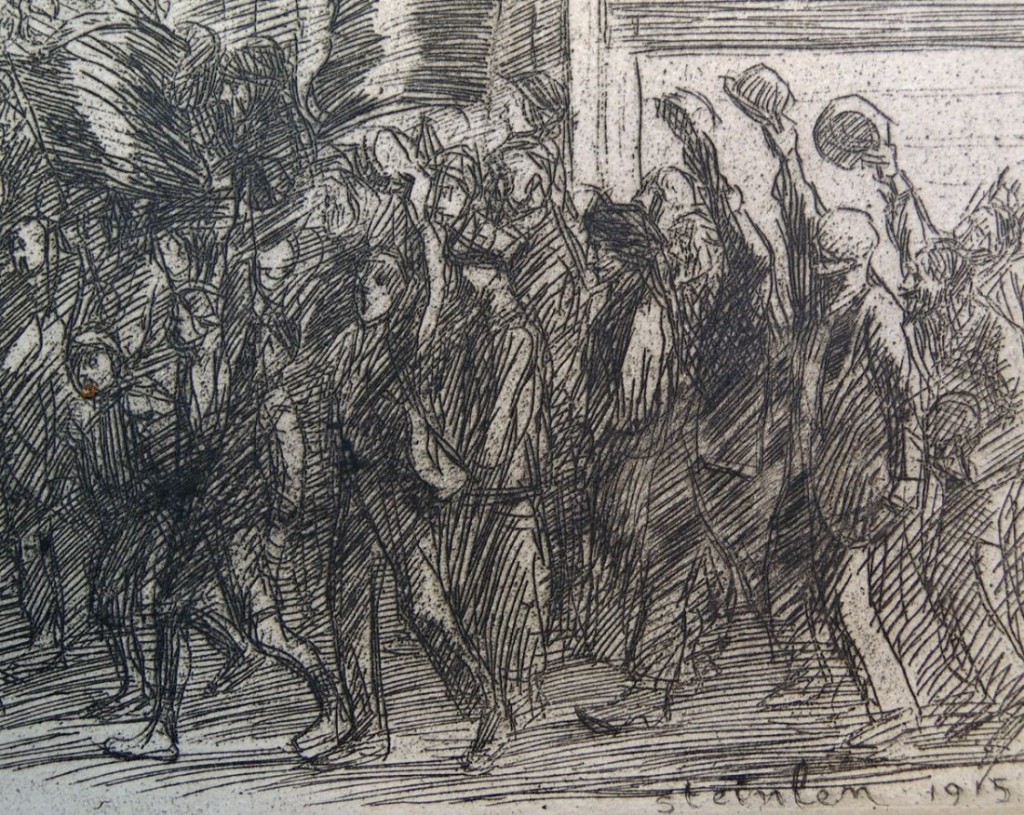 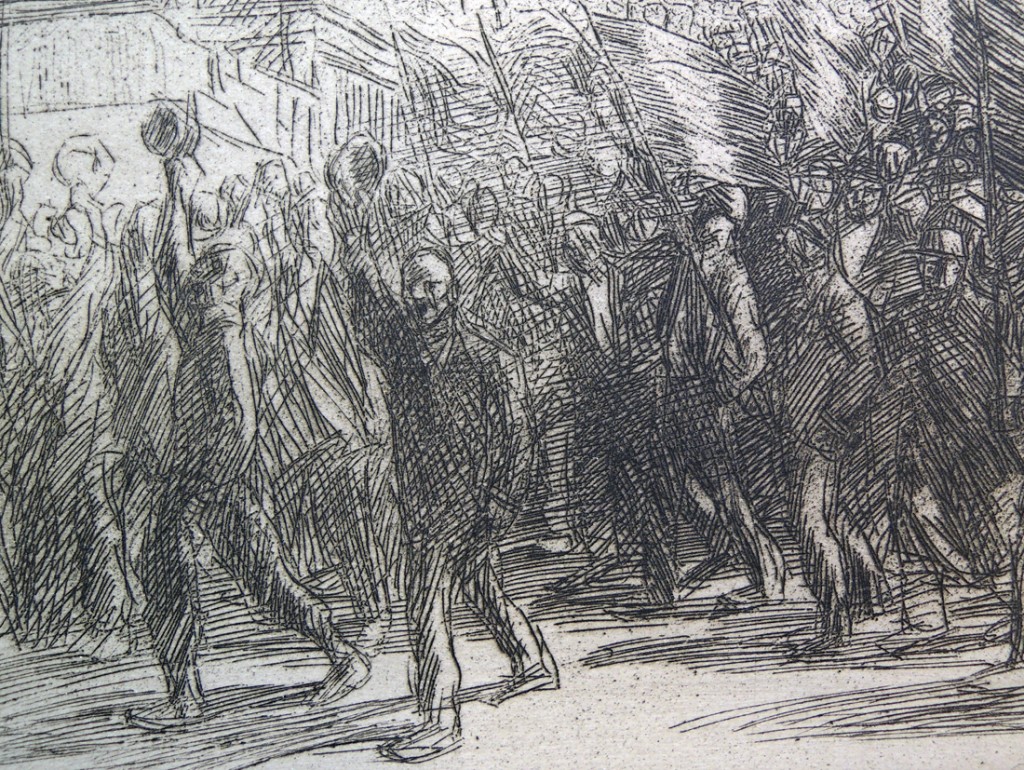 France mobilized their troops for World War I in August of 1914 but it was not until the following year that Théophile Steinlen printed this patriotic etching. The Swiss artist had arrived in Paris at the age of 19 and settled in Montmartre, a regular at the Chat Noir nightclub.

Around 1880, he began drawing for humorous magazines. Steinlen worked in succession on the Chat Noir, Gil Blas Illustré, for which he did 703 drawings for 503 issues between 28 June 1891 and 1897, Mirliton, Chambard, Rire and L’Assiette au Beurre. In 1911, he was one of the 13 founders of the short-lived journal Les Humoristes, along with Forain, Willette, Léandre, J. Veber and others. 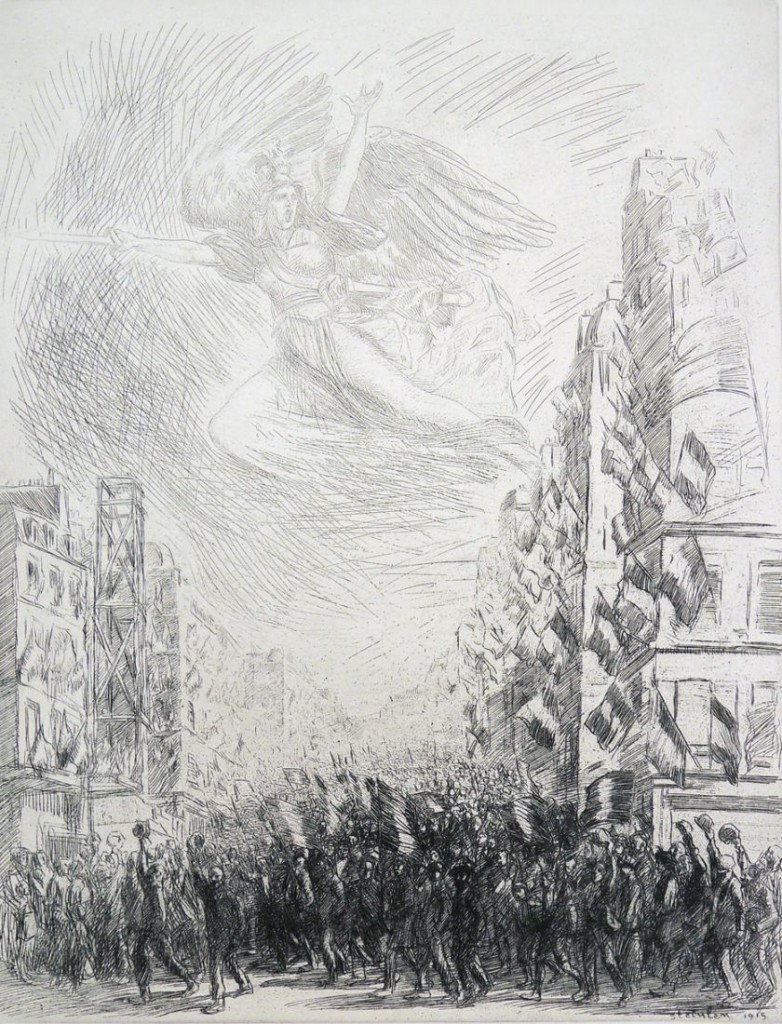 Dennis Cate writes, “While Steinlen is best known for his bold, highly stylized black and red poster for the Chat Noir (1896), his greatest contribution to the poster art of the 1890s was his production of realistic colour lithographic images such as Mothu et Doria (1893), Lait pur sterilisé de la vingeanne (1894), the massive, life-size La Rue (1896) and the politically poignant Petit sou (1900), which indirectly advertised products by conveying human sympathies and ideals. Between 1898 and 1902 he also executed over 30 colour etchings which are more personal and intimate. In these delicate etchings of nudes and landscapes, produced in very small editions, Steinlen experimented with the media of softground and aquatint. During World War I he designed patriotic prints, for example his lithograph The Republic Calls Us and his etching of The Mobilization (both 1915).”