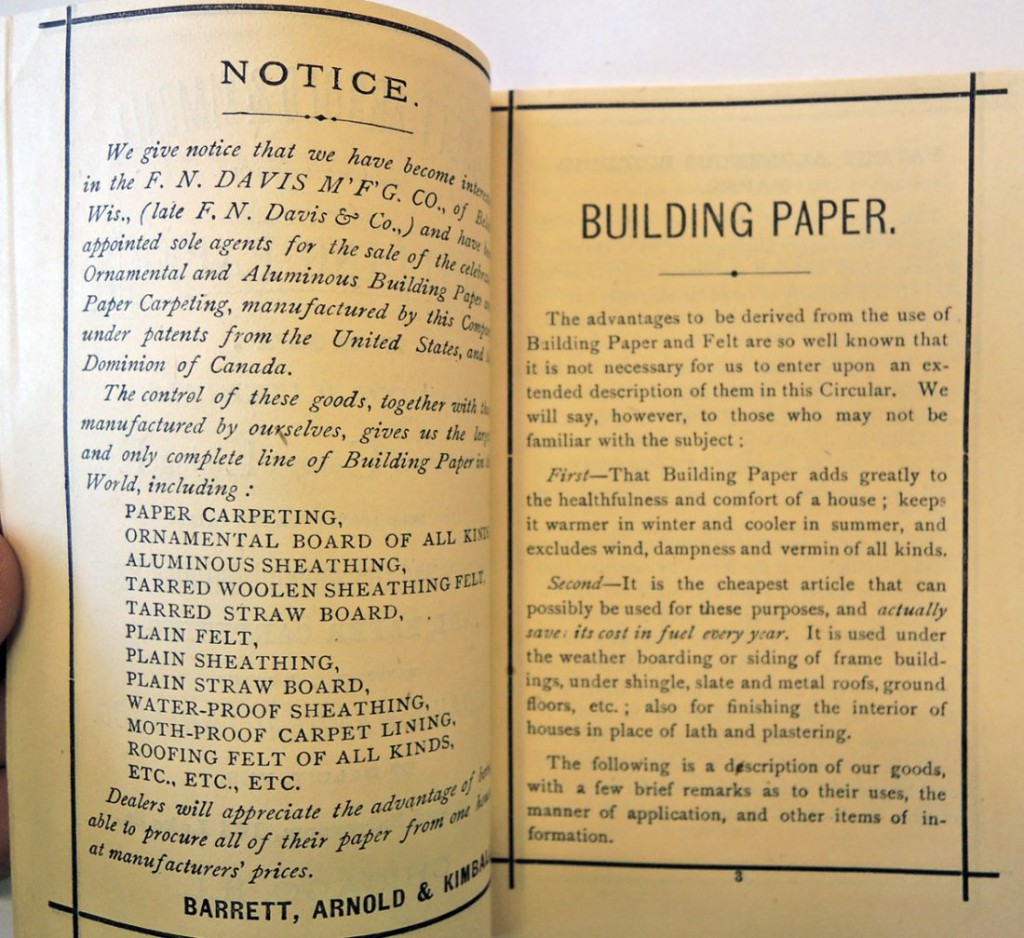 In the 1860s, paper manufacturing was on the rise in the United States. One area in which paper was making inroads was housing. Innovations were of such interest that the Chicago Tribune reposted the New York Tribune with the following story:

“A man in Des Moines, Iowa, has erected a dwelling house for himself built mostly of paper. The weather-boarding, inside walls, and shingling are of that material known in the West as the “Rock River Company’s Building Paper.” The cost is about two-thirds that of the ordinary materials, and the house, it is said, is much warmer than where plaster and wood are used.” New York Tribune. The building paper referred to in the above article from the New York Tribune is that manufactured by the Rock River Paper Company of this city, and we understand that it is creating a complete revolution in the construction of frame buildings wherever it has been introduced.” Chicago Tribune (1860-1872) [Chicago, Ill] 09 Mar 1869 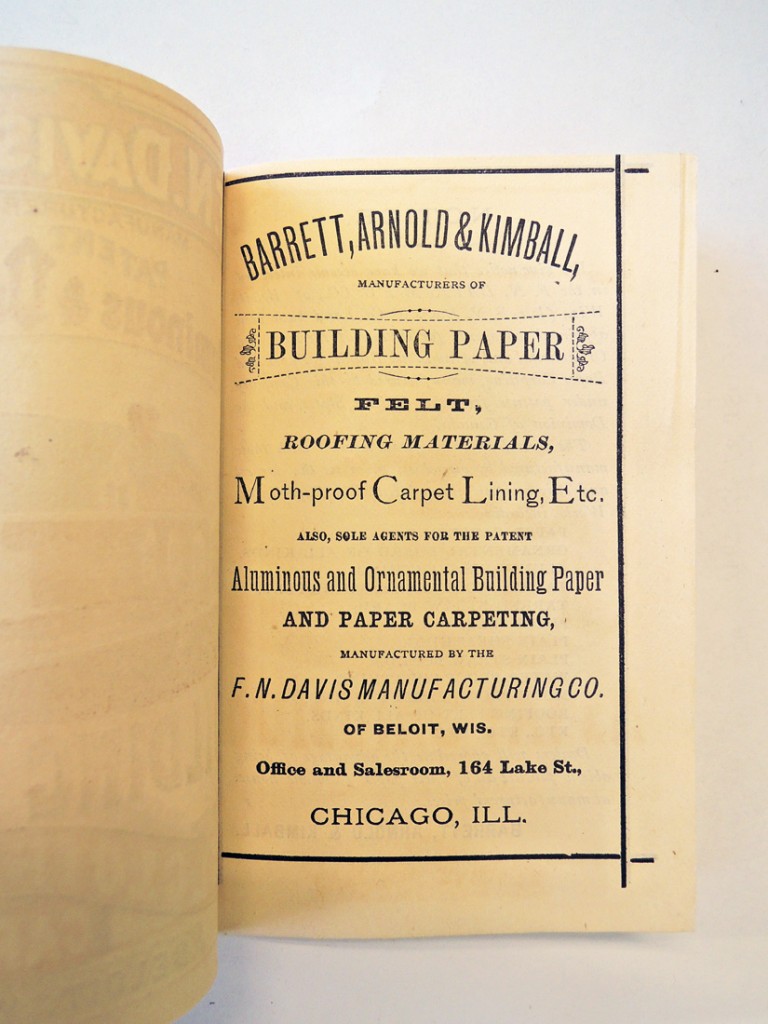 Orson E. Merrill and his partner George Houston ran an iron foundry in Beloit, Wisconsin. His brother, Sereno T. Merrill, ran the Rock River Paper Mill Company and in 1860, convinced Orson to make parts for his paper machine. According to the Beloit Historical Scoiety, “by 1862 Merrill and Houston was producing complete paper machines, building four in that year and several years thereafter, along with water wheels and other iron products.” 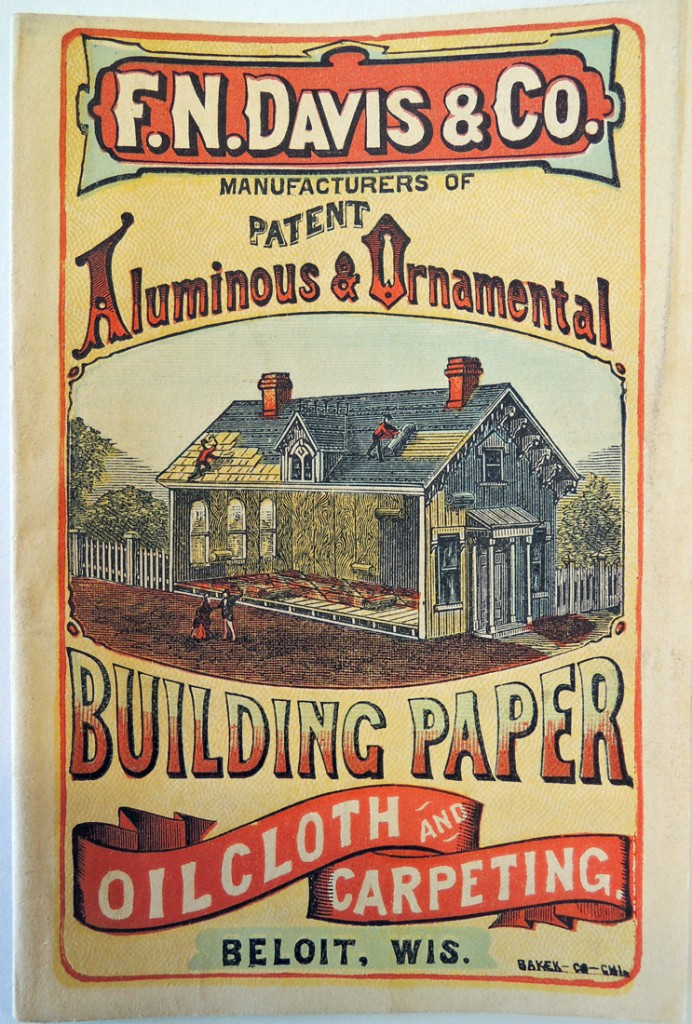