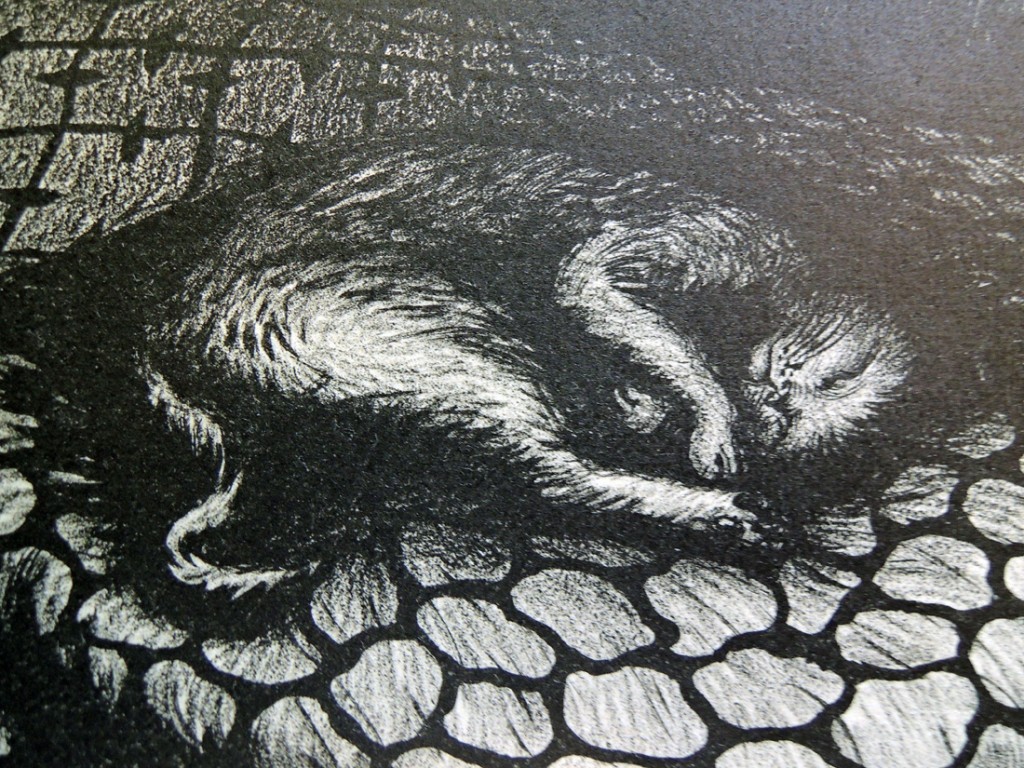 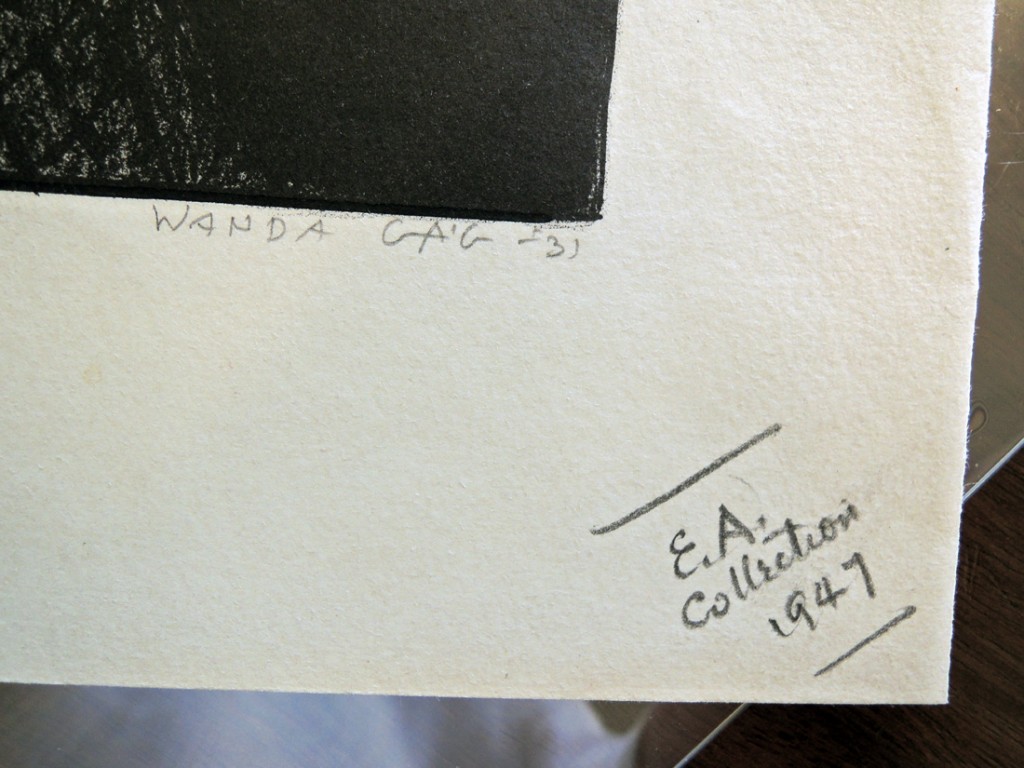 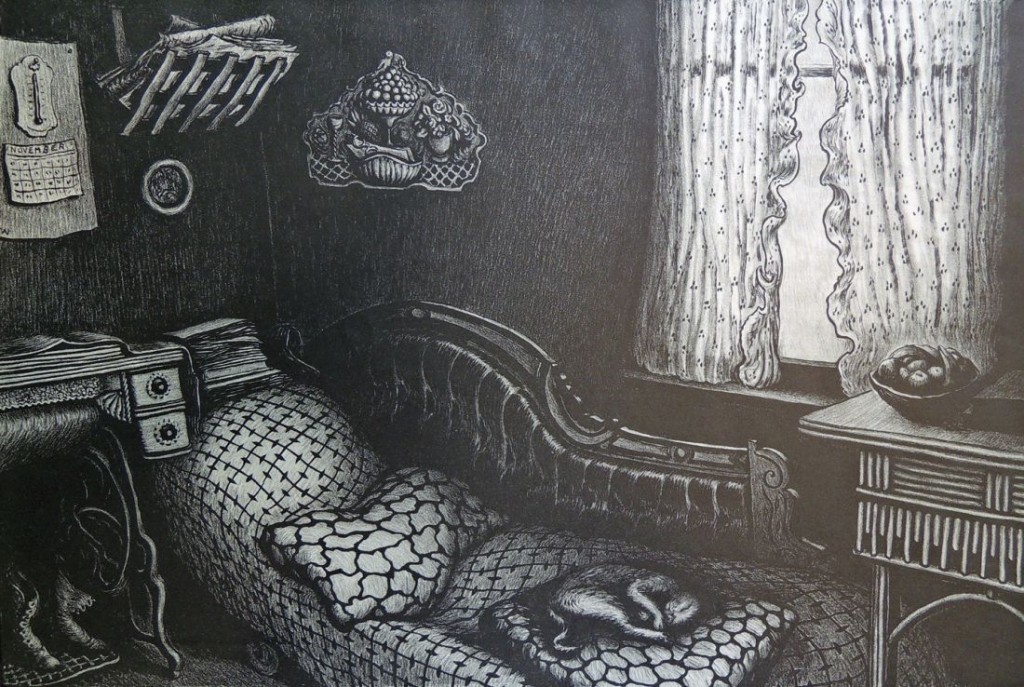 Minnesota-born Wanda Gág was a struggling young artist when Carl Zigrosser gave her a one-woman-show in his Weyhe Gallery in 1926. The Greenwich Village feminist was also outspoken about women’s rights and published an article stating her views in Nation magazine on June 22, 1927. “These Modern Women: A Hotbed of Feminists” began with an editorial note, “We print herewith the seventeenth and last of a series of anonymous articles giving the personal backgrounds of a group of distinguished women with a modern point of view.”

Ernestine Evans at Coward-McCann Books saw the article and liked both her politics and her art. She offered Gág the possibility of doing a children’s book with their firm and Gág delivered Millions of Cats in 1928 (which is still in print today). The book won a Newbery honor award the following year and led to a series of lithographs, loosely based on the premise. One of them made its way into Elmer Adler’s collection and was circulated at Princeton University as part of our Princeton Print Club exchange in the 1940s. 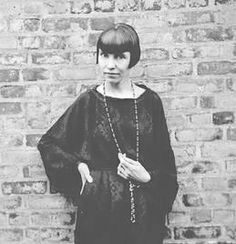