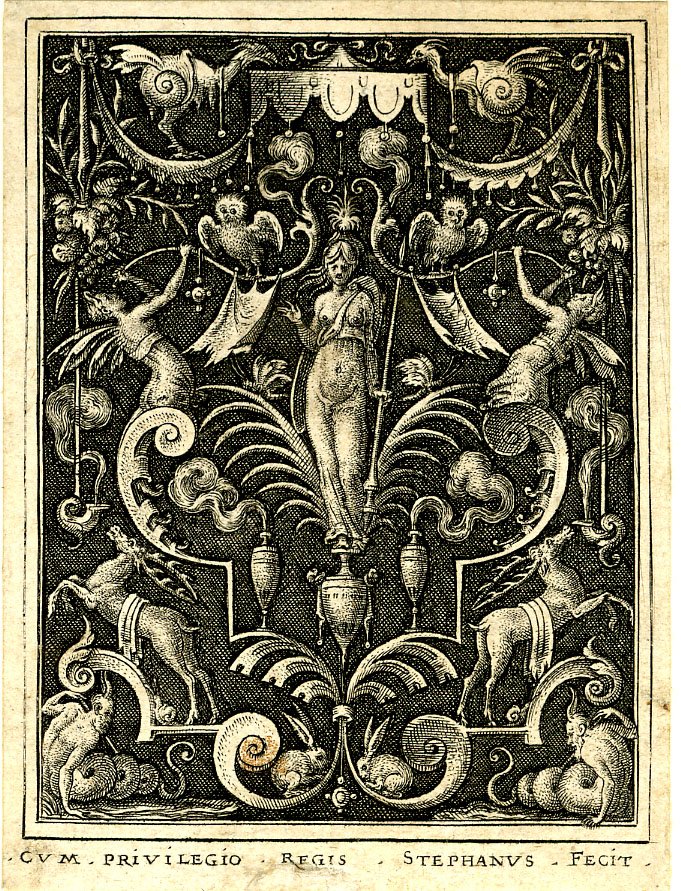 This ornamental grotesque with Diana holding a spear and moon crescent is plate 2 from a set of six works representing Roman deities. Stephanvs was a name used by the Milan-born goldsmith and medallion engraver Étienne Delaune (ca. 1519-1583). The British Museum speculates that the set was engraved before Delaune’s departure from France around 1572 or 1573.

The Graphic Arts Collection has only one print from the set, with Diana, accompanied by two dogs, standing in the middle of a decorative structure inhabited by various creatures and trophies. Others from the series are reproduced below thanks to the British Museum. 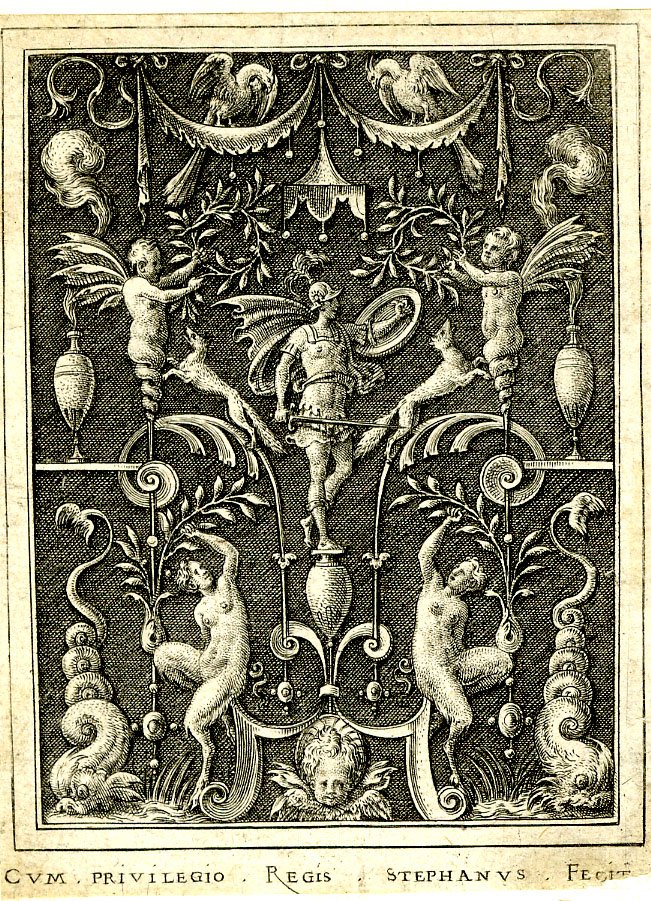 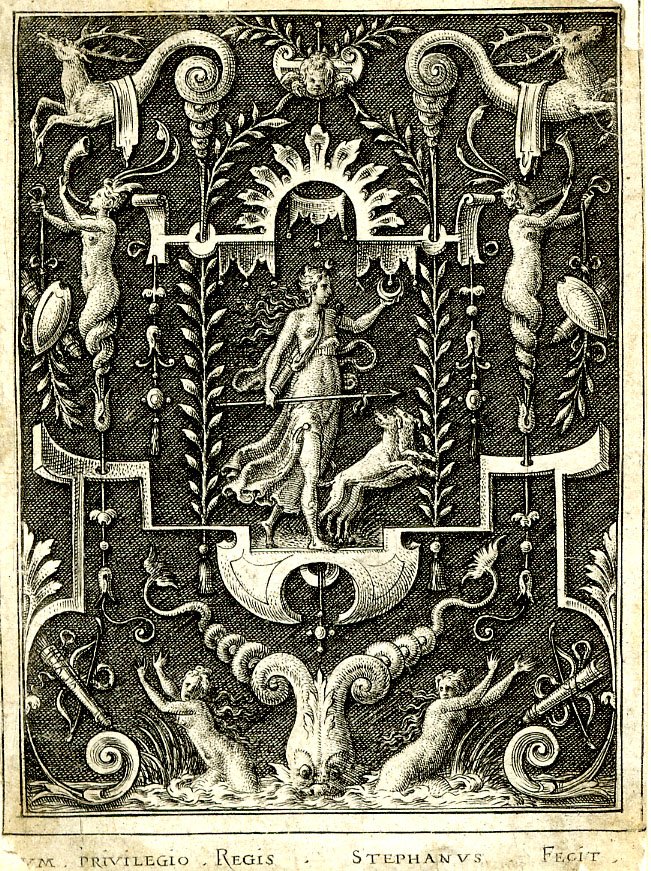 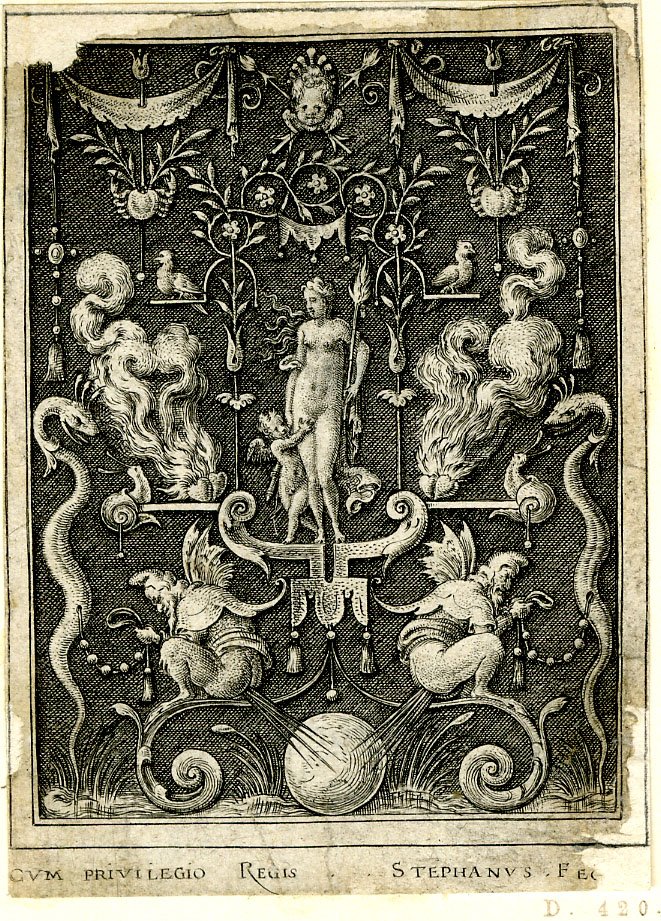 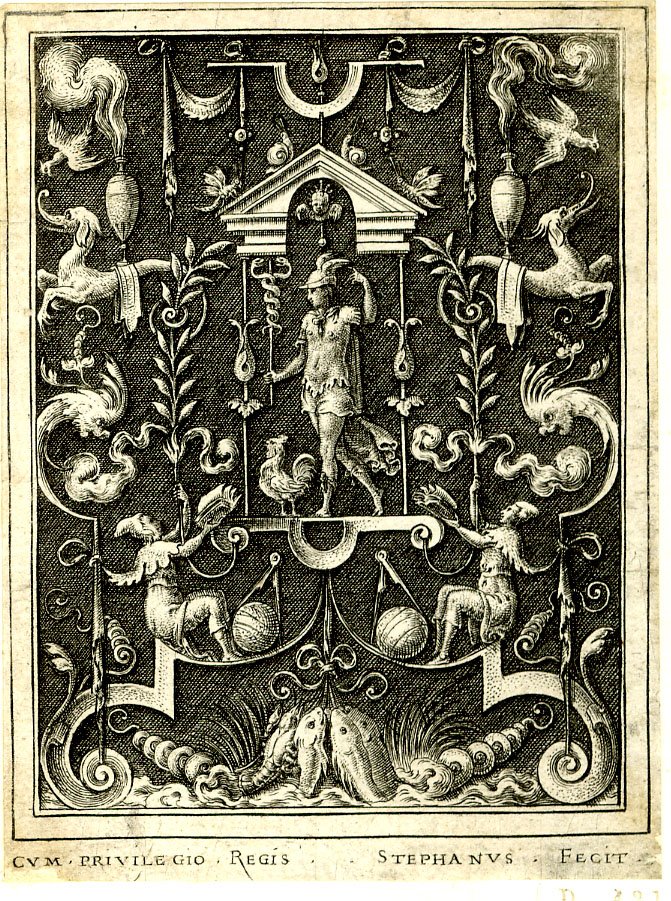 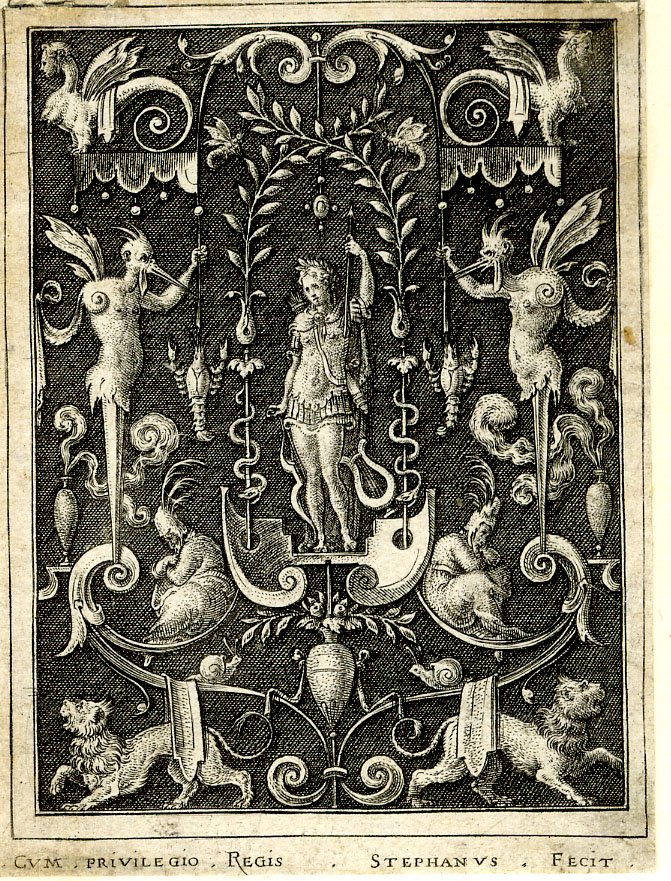 Grotesque is a French term derived from the Italian grottesco. In art the term is often used to describe a type of ornamental print, designed around a central axis with various motifs, including scrollwork, architectural elements, whimsical human figures and fantastic beasts. The closer you look, the more objects you will uncover.