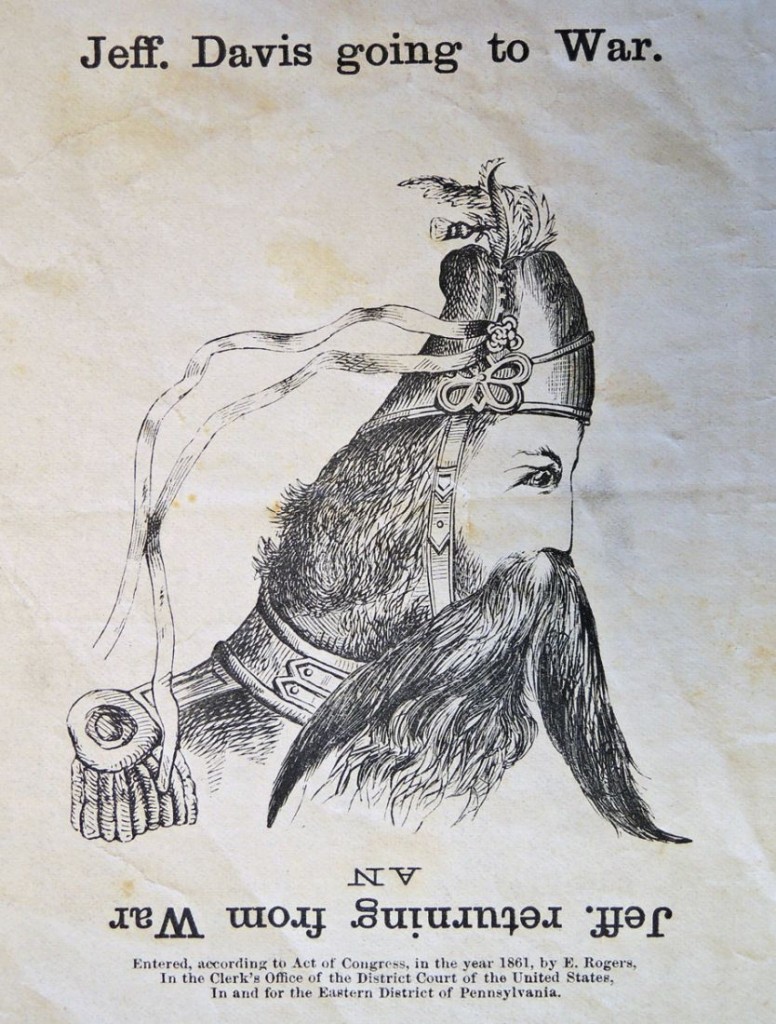 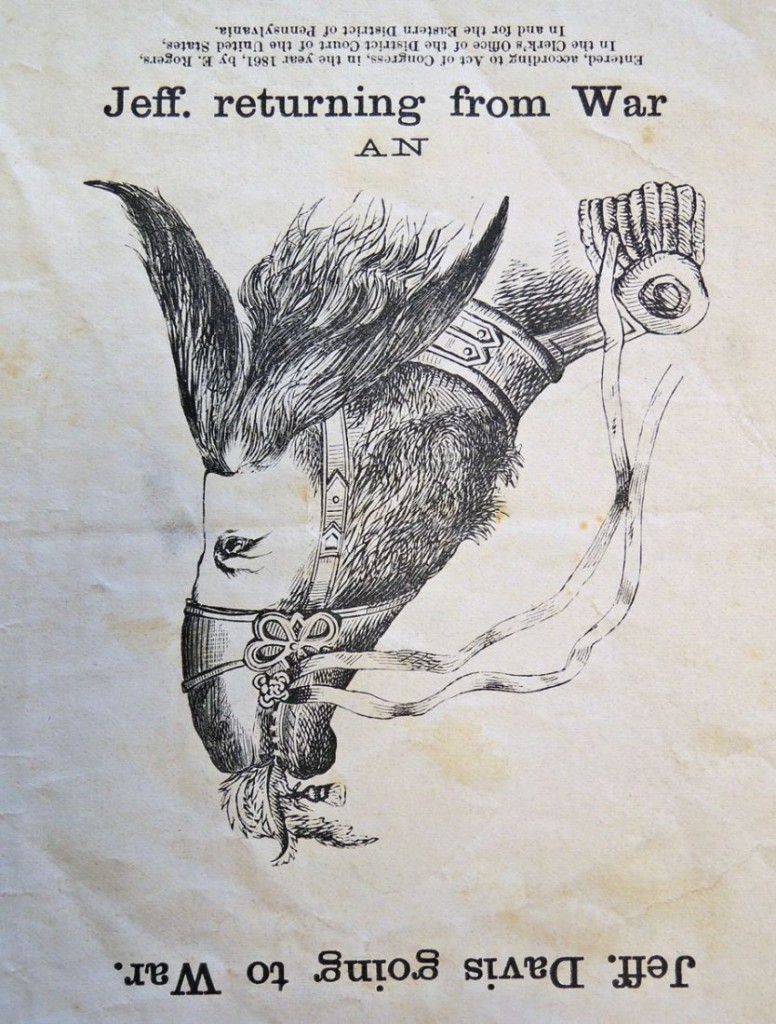 An “upside down” or “topsy-turvy” is a picture that can be seen differently from a different direction. When it is only words, an upside down is usually called an ambigram or inversion.

A good example of a topsy-turvy is this lampoon of Jefferson Davis (1808-1889), the first and only president of the Southern Confederacy. When Davis is going to war, he is seen as a forward leaning soldier but when he is flipped, he is returning from war as a jackass. During the American Civil War a number of these topsy-turvys were produced to make fun of politicians and military generals, among others.

The wood engraving was created by E. Rogers who sold the copyright to the popular print publisher Samuel Upham, whose shop was located on Chestnut Street in Philadelphia. It was Upham who successfully marketed the piece.

In the study Confederate States Paper Money: Civil War Currency from the South by Arlie R. Slabaugh (2008), the relationship between the two men is described:

Samuel Upham was one of these entrepreneurs who was already operating a combination drugstore, perfumery and stationery shop when the war began. Not an originator, he was quick to grasp the sales potential of items introduced by others. . . From one of the [nearby] engravers, E. Rogers (132 S. 3rd St.), Upham purchased rights to a card which showed the head of a jackass transformed into the head of Jefferson Davis. Heads up, Davis is going to war, while reversed it shows his drooping, later appearance. Subsequently, Upham used the design on stationery which he advertised on a large business card as the “Jeff. Davis letter sheet” June 30, 1861. Upham’s letter sheets were priced at $1 for 100, $8 per 1,000. His business card stated that “Should you wish to engage in the sale of them, which I advise you to do, as I know by experience that they will sell rapidly, please address all orders to S.C. Upham.”
(Firestone Library HG526 .C65 2008)