On July 7, 1713, approximately 4,000 children—girls on the left and boys on the right—filled the bleachers along the Strand to watch the procession for Thanksgiving Day for the Peace of Utrecht. This was one of several celebrations to mark the Treaty of Utrecht, which ended the War of Spanish Succession.The three-hour procession was led by Queen Anne from Parliament House to St. Paul’s. 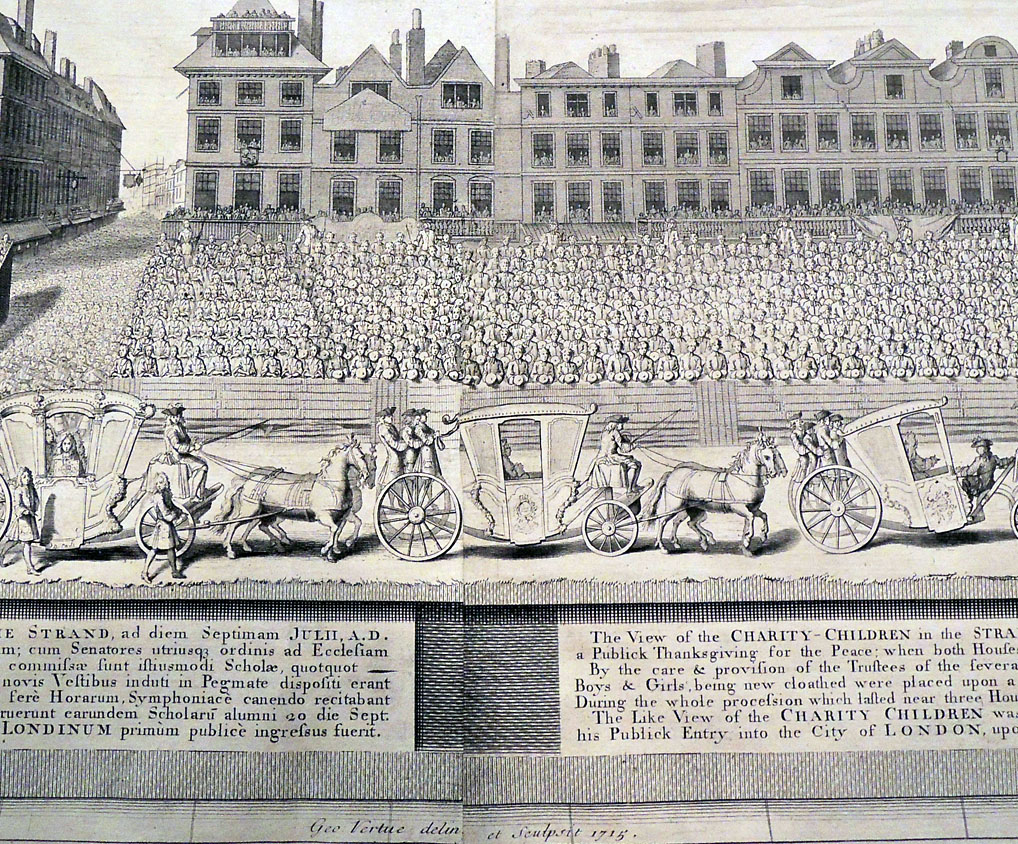 According to the British Museum’s research, Vertue’s engraving was commissioned by Sir Richard Hoare (1709-1754), who was Lord Mayor at that time. Panoramic in scale, the two joined sheets measure 37.2 x 127.4 cm (just over 4 feet).

The inscription at the bottom continues: “when both Houses of Parliament made a Solemn procession to the Cathedral of St Paul. / By the care & provision of the Trustees of the several Charity-Schools in & about London & Westminster near IV thousand Charity Children Boys & Girls, being new cloathed were placed upon a Machine extended in length 620 feet, which had in breadth eight ranges of feats one above another: During the whole procession which lasted near three Hours, they sung & repeated the Hymns, which were prepared upon the expectation of her Majesty’s Royal Presence. The Like View of the Charity Children was presented to his Majesty King George, on the south side of St Pauls, when he made his Publick Entry into the City of London, upon the XX of September, MDCCXIV.” 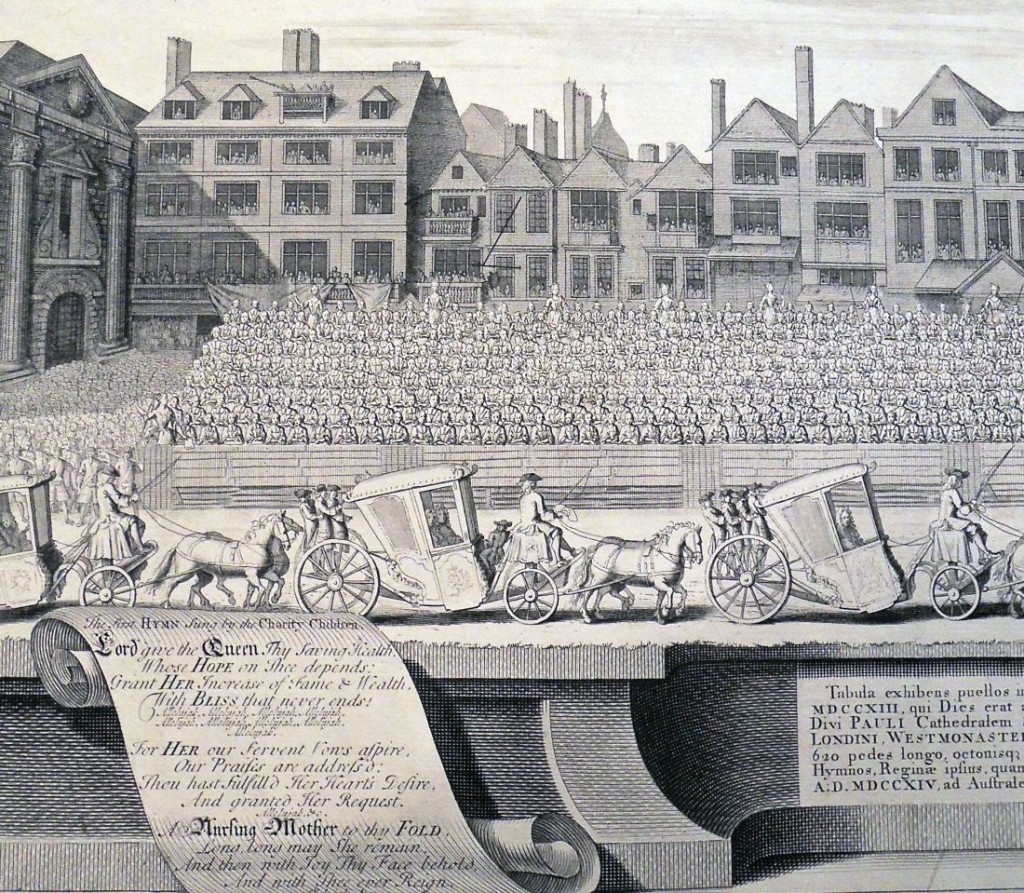 “At the public thanksgiving for peace in 1713, the charity children were placed in rising rows of seats in the Strand to see the procession pass, and the Queen go to St. Paul’s to return thanks—and bitter must have been the disappointment of the little ones at the Queen’s absence, on account of illness.”–John Ashton, Social life in the Reign of Queen Anne, Taken from Original Sources… with eighty-four illustrations by the author from contemporary prints (London: Chatto & Windus, 1882) Firestone Library (F) DA495 .A82 1882