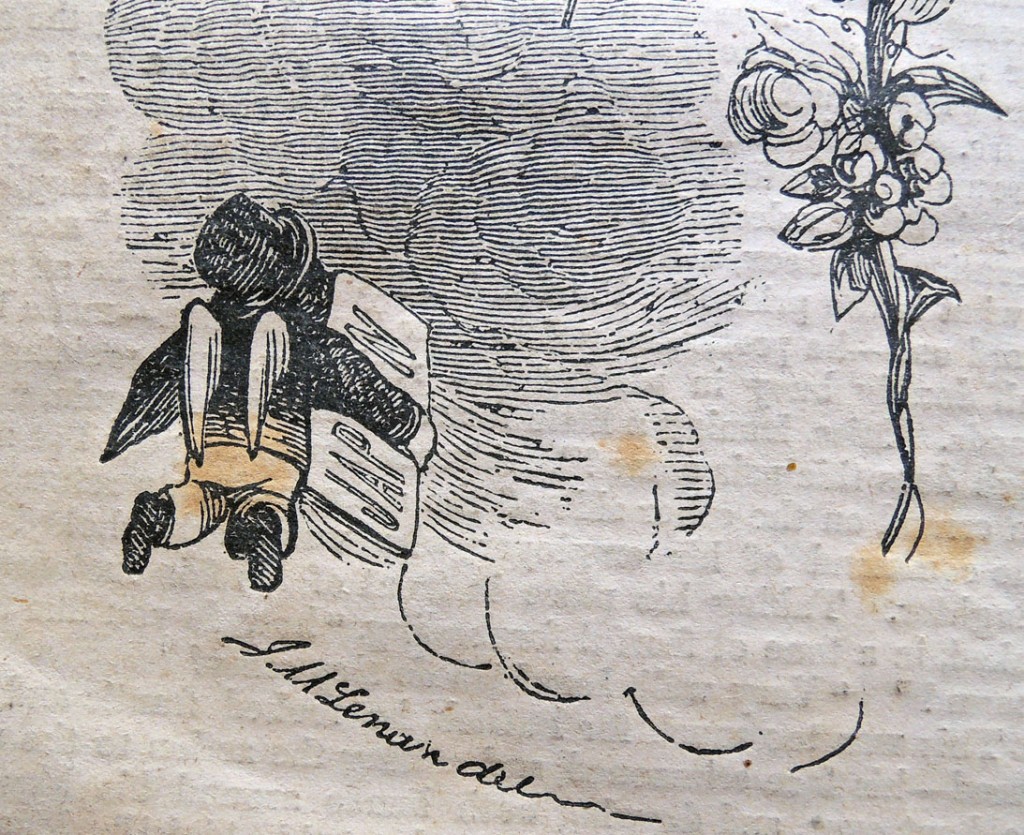 The American illustrator John McLenan (1825-1865) moved to New York City in 1851 and within a year sold drawings to illustrate Baynard Rush Hall’s Frank Freeman’s Barber Shop; Sarah Josepha Buell Hale’s, Northwood, or, Life North and South; The Mother’s Pictorial Primer; and An Old Fogies Advice to a Young’un or the Politicians Guide to Office, published by Thomas W. Strong (1817-1892). When Strong began a new humor magazine in 1852 titled Yankee Notions, he hired McLenan to draw most of the caricatures. The journal lasted over fifteen years with a circulation of 47,000 at its height. In 1853 Strong added Young America to his publication list, again employing McLenan as the artist. 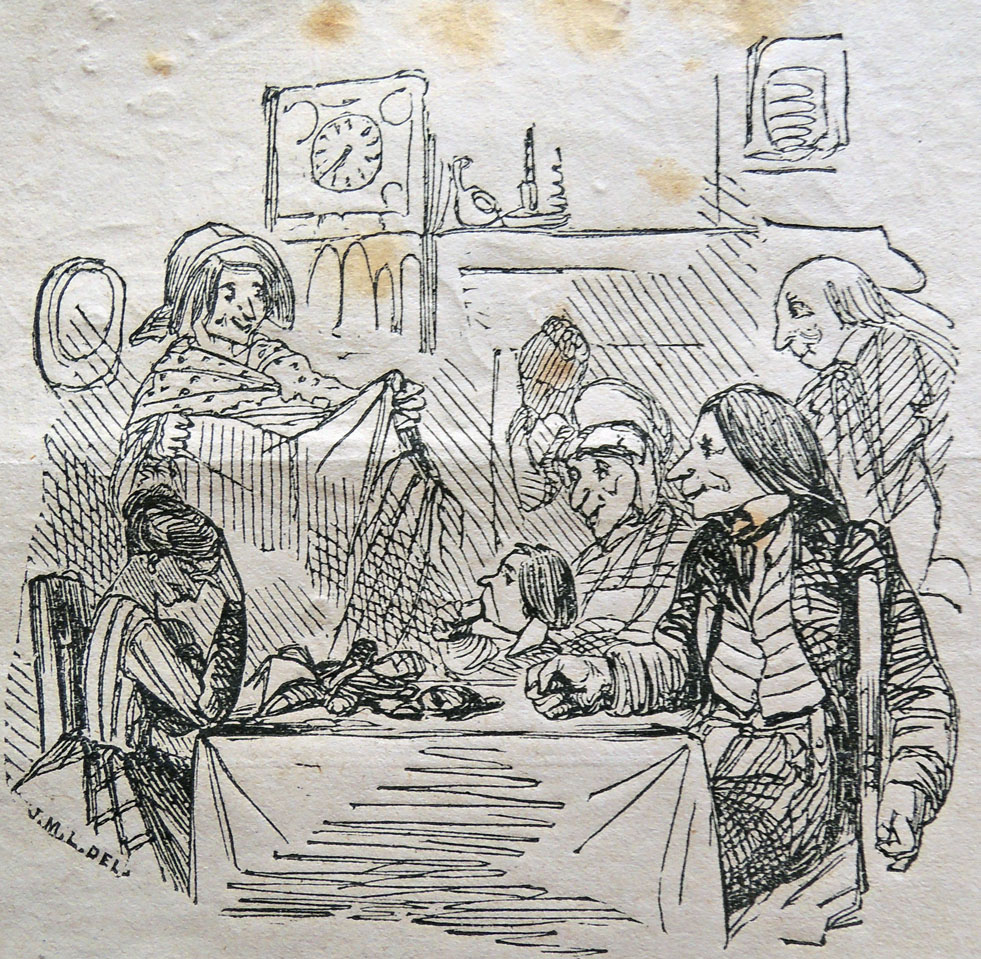 Throughout 1852 and all these publications, the young artist experimented with his artistic style and his public persona. For Freeman’s Barber Shop he used a pseudonym, Rush B. Hall, and for each of the caricatures in Yankee Notions, he signed his name with a different signature. See five versions here. 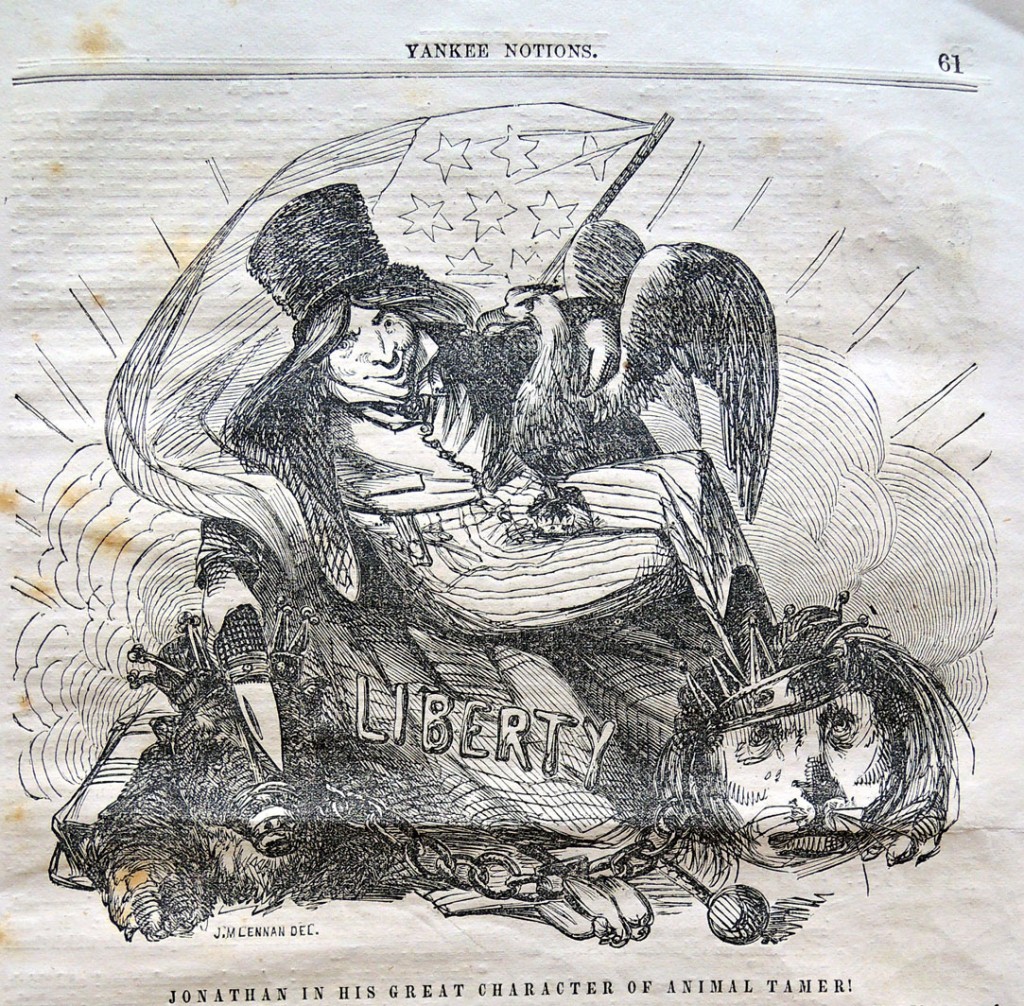 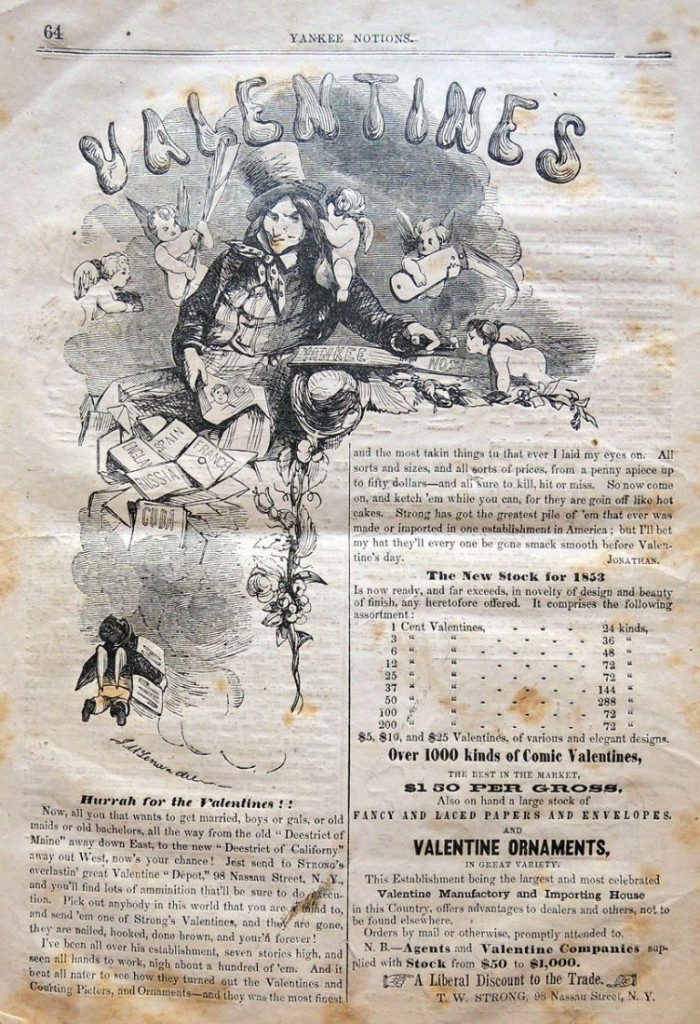 When McLenan died at the young age of 39, Strong praised his friend and colleague in Yankee Notions:

“When an unpretending man of genius passes away, simple and earnest words best befit his memory. Since our last issue, John McLenan, one of the best draughtsmen America has ever produced, has been numbered with the dead. . . . 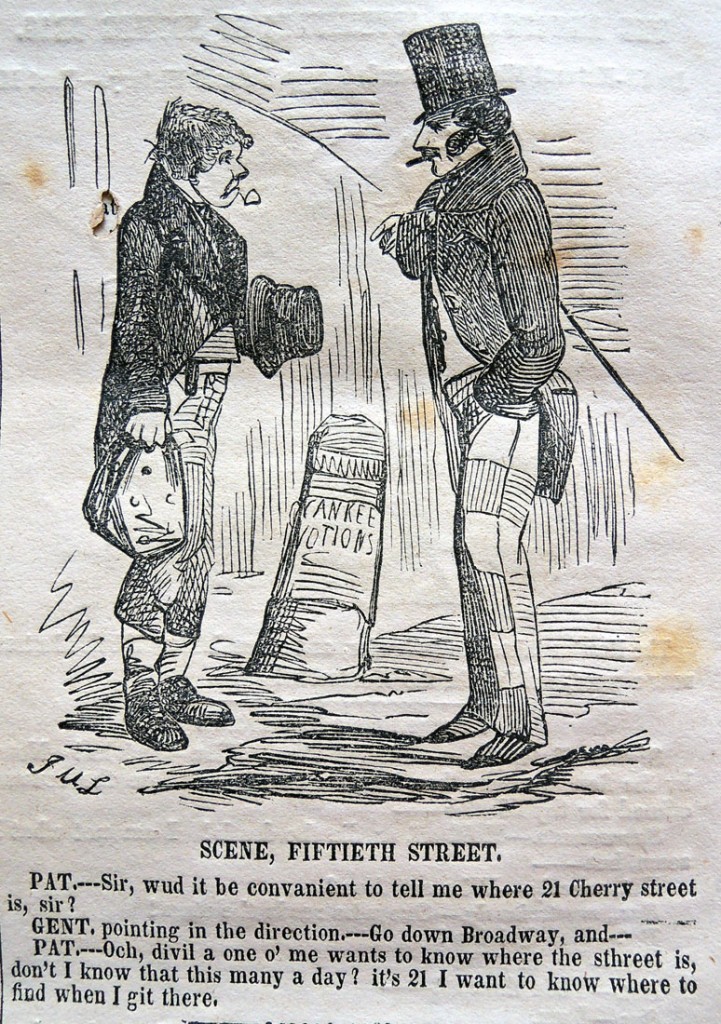 We call the skillful artist and estimable citizen who has thus suddenly been snatched away, our friend, for the intimacy that existed between us was almost brotherly. . . .Genius rarely remains long unrecognized in this city, and soon after John McLenan took up his abode among us, shrewd publishers and a tasteful public discovered that he was no ordinary draughtsman. Equally at home in caricature and in sketches from the life, with a quick perception of the ridiculous and a fine appreciation of the picturesque, he soon took his place among the illustrators of our current literature, second to none. The Harpers employed him on their Magazine and Weekly, and also in the embellishment of their more permanent works, and his services were in request among other leading publishing houses.

Thus placed on the high road to distinction, the young artist would soon have found it the road to fortune, had not feeble health interfered with the exercise of his professional abilities.

…We miss his frank and hearty daily greeting, his manly candid face, his straightforward simplicity of heart, his trustful confidence in our advice and friendship. True friends are few and far between. They are rarer even than great artists, and John McLenan, in the genuine sense of that much abused word, was our FRIEND.” –IN MEMORIAM, Yankee Notions, May 1, 1865 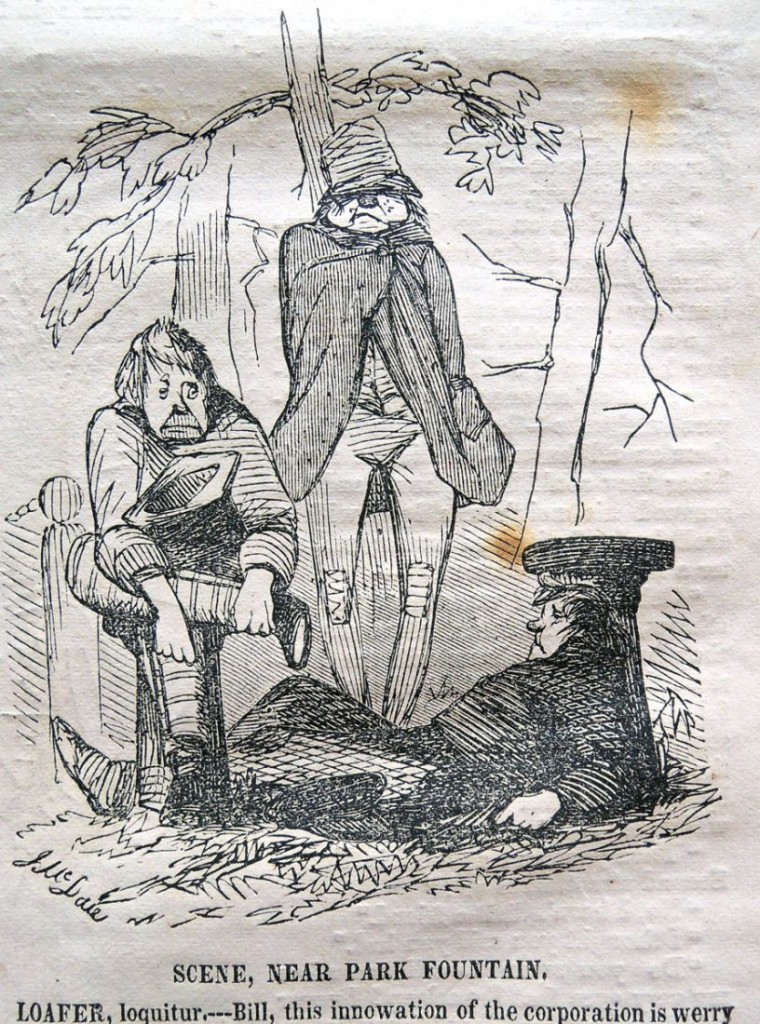 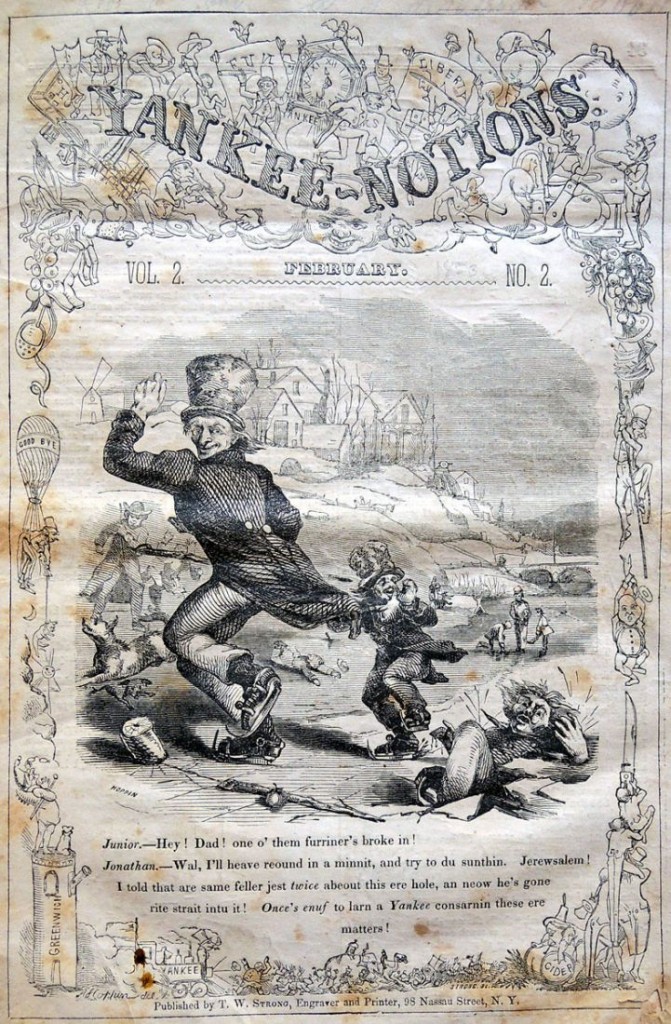