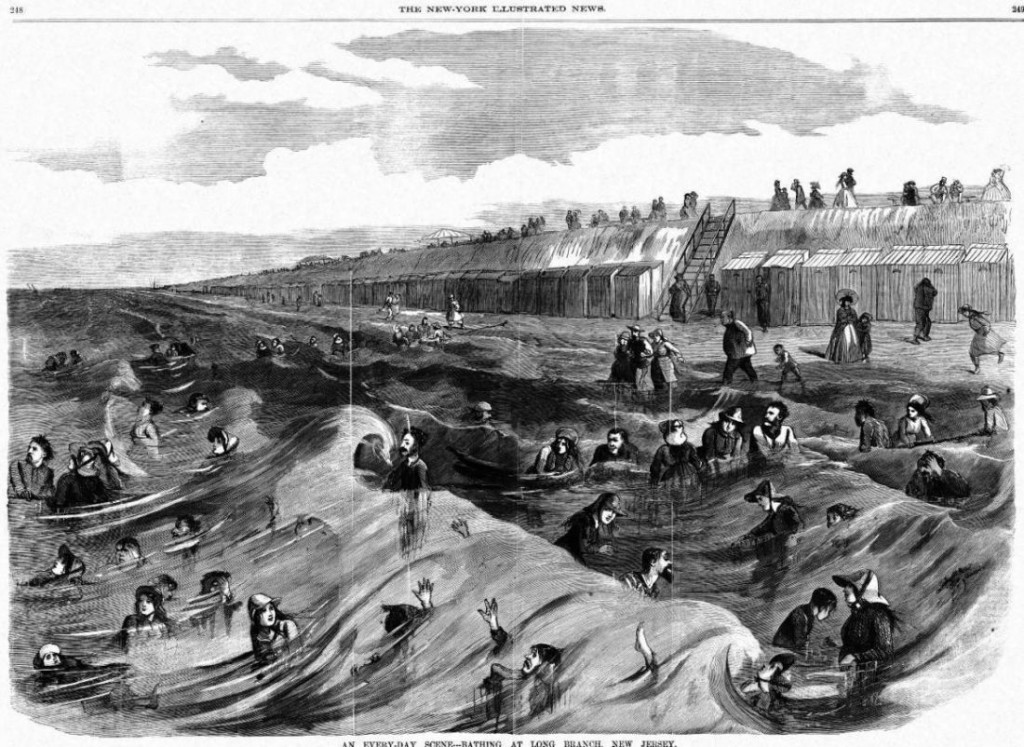 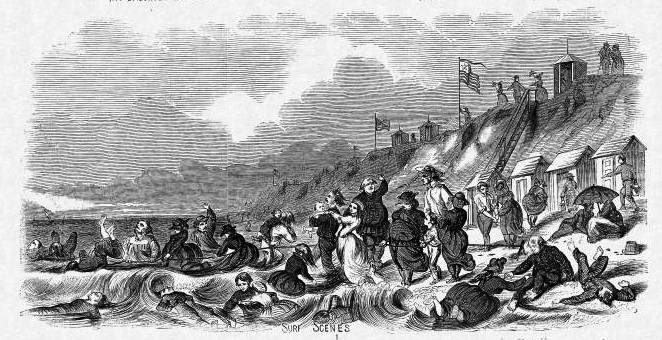 “Long Branch has this year centered all the lovers of surf-bathing and all who gather around the fair lovers of the salt water. Cape May being no longer accessible, except by way of Philadelphia, does not compete with it, while at Long Branch every house was crowded to its utmost excess. Fashions change even in the matter of bathing and enjoying the sea air. Our clever artist gives Life at Long Branch as it appears A. D. 1863. The incidents, our readers will admit, are happy and happily treated. The introduction amid the roaring billows, the crab-catching, the lolling in the sand, and especially the bathing scene, all look so refreshingly cool, and bear such an impress of the dolce far niente, that they quite prevent our describing them in a hot city with sufficient appreciation. Imagination must supply our deficiency.” 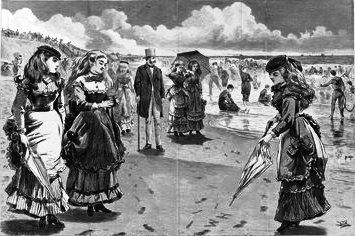 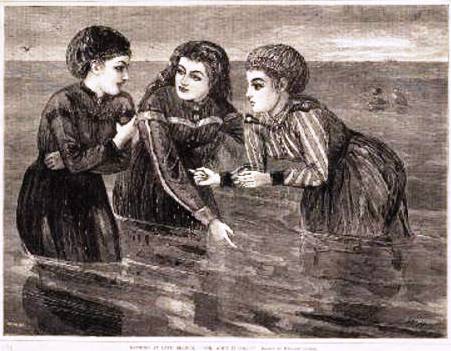 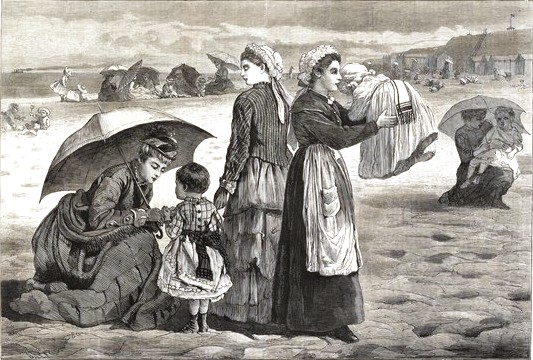 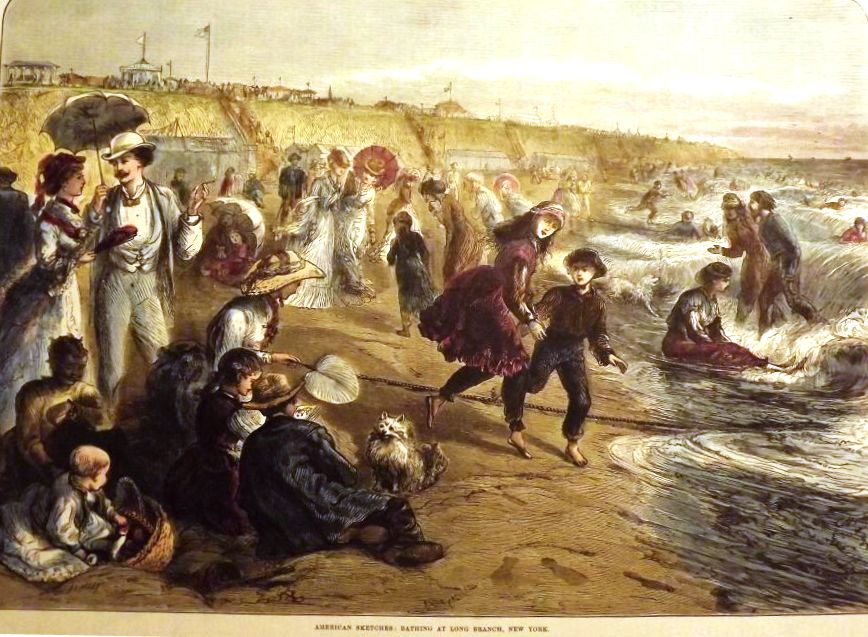