For the July 4, 1854, Jubilee Edition of Brother Jonathan, Charles Parsons (1821-1910) drew a bird’s-eye-view of Manhattan nearly 3 feet tall by 4 feet across. Two years later, he drew a somewhat smaller version of the same view and lithographed it for Nathaniel Currier, which is the print in most institutional collections.

Frank Leslie (1821-1880) was given the task of engraving Parsons’s extraordinarily large scene for the newspaper’s double page spread. Using his newly perfected method of dividing a scene into many small blocks and reassembling them once they are engraved, Leslie was able to accomplish this assignment to perfection. The success of this and other oversize plates gave him the confidence, and the professional following, to establish Frank Leslie’s Illustrated Newspaper in December of the following year. 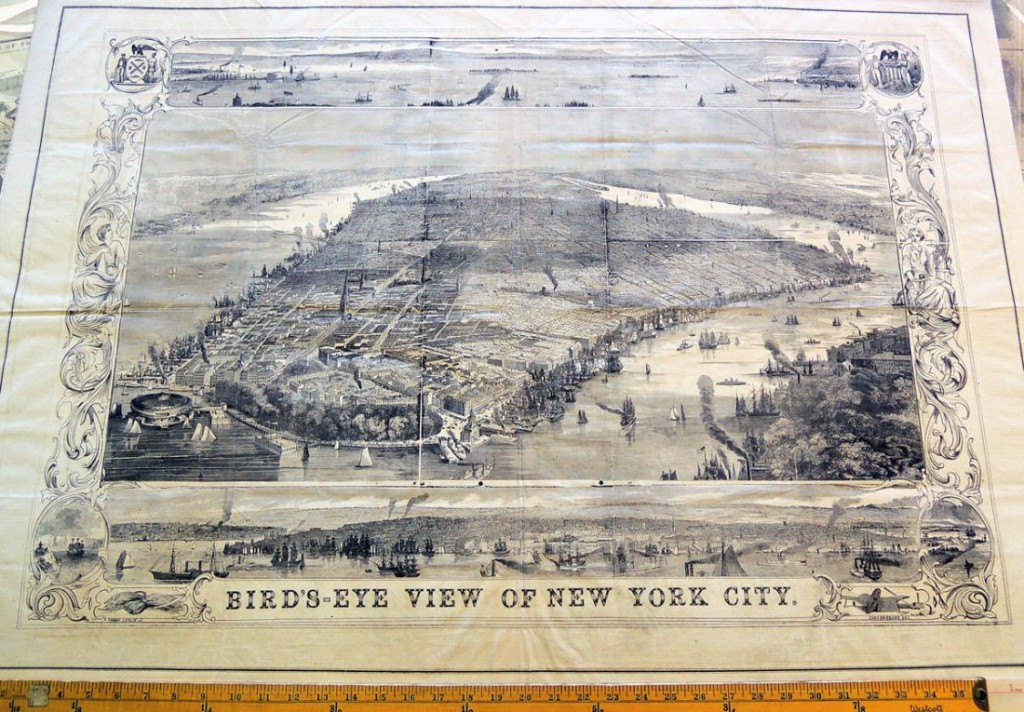 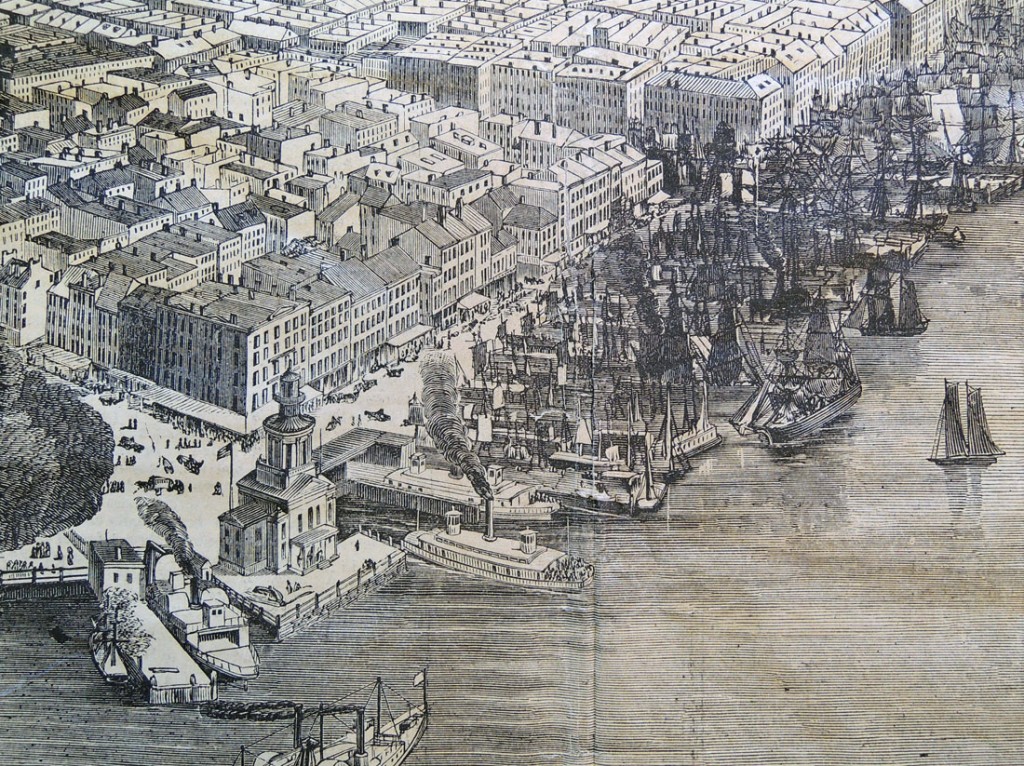 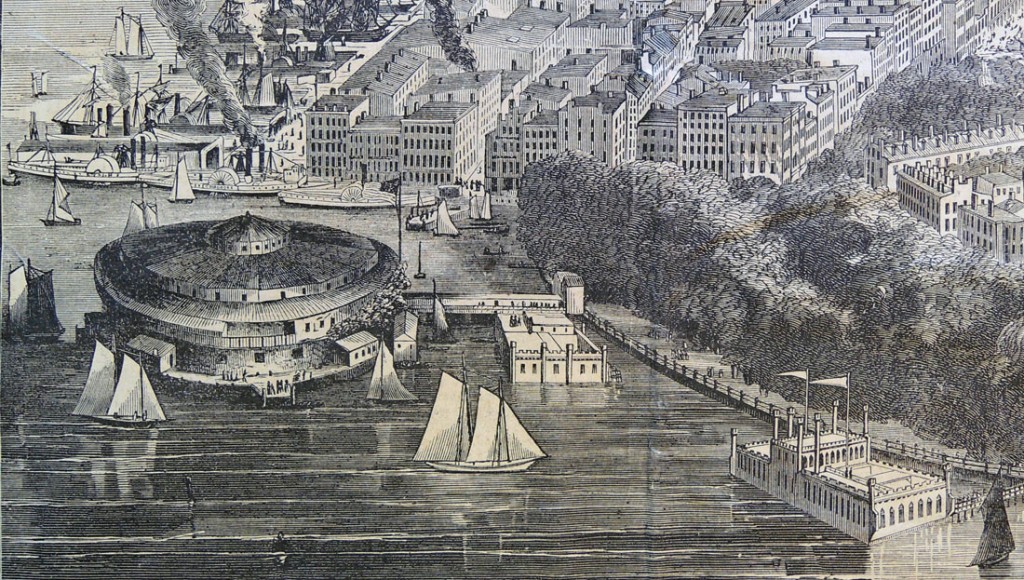 Castle Clinton and the west side boat basin 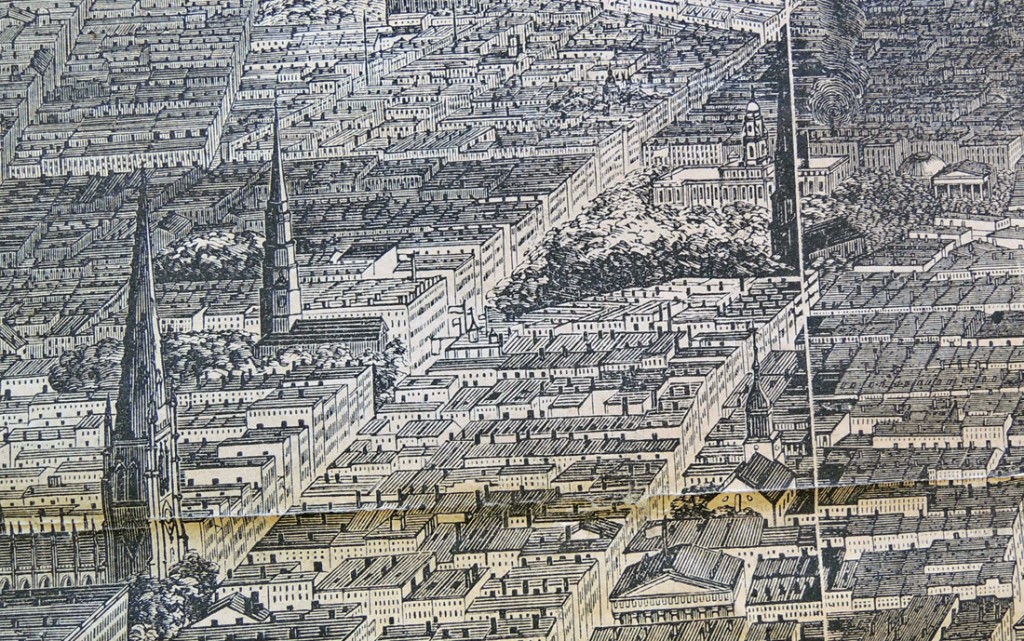 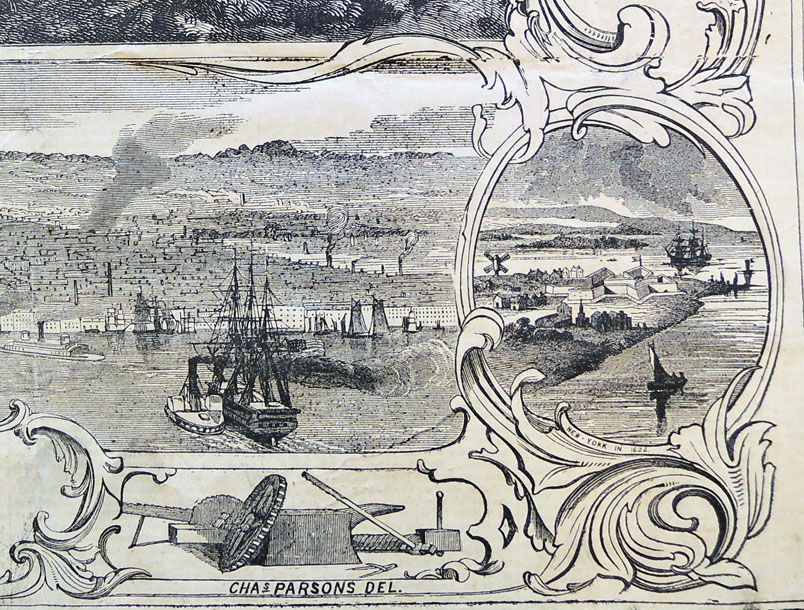