An uncatalogued box of Japanese prints was requested recently and we found two dozen sensō-e or war pictures. The majority are triptychs or diptychs from the Sino-Japanese War (August 1894 to April 1895) between the Qing Empire of China and the Empire of Japan, primarily over control of Korea.

A number were designed by Mizuno Toshikata (1866-1908, born Mizuno Kumejiro). In the late 1890s, the war stimulated a short-lived revival of ukiyo printmaking and hundreds of designs were made and quickly sold. Toshikata was among the best of the artists who sold their designs during this short time period.

“Artists and publishers also benefited from the repeal of Japan’s strict censorship laws in 1872. With these laws no longer in place, prints could be more lavish than ever before, and artists were free to depict current events—a practice that had been forbidden under censorship legislation.” Pain’s Pyrotechnic Spectacle, Mead Art Museum.

The prints are from the collection of Marius Berthus Jansen (Class of 1944, 1922-2000), a world-renown scholar and Emeritus Professor of Japanese History at Princeton University. “At Princeton, where he received the Howard Behrman Award for excellence in teaching in the humanities, Jansen was a devoted member of the history department, as well as the director of the Program in East Asian Studies (1962-68), and the first chairman of the newly formed Department of East Asian Studies (1969-72). He was a stimulating undergraduate teacher and a demanding, incisive advisor for generations of graduate students in East Asian history. Upon his retirement from Princeton University in 1992, Jansen was named Emeritus Professor of Japanese History.” 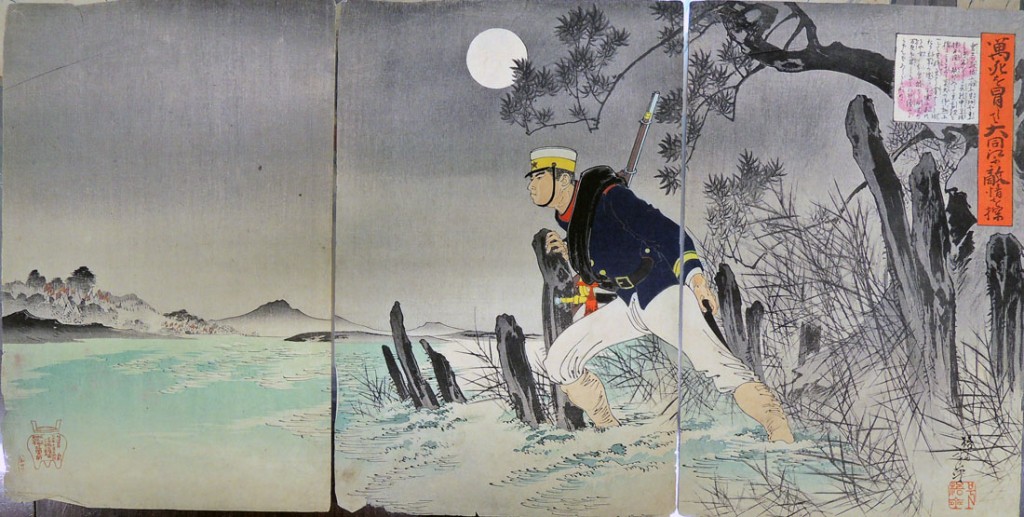