Congratulations to Princeton University Professor of Visual Arts Su Friedrich, whose 1990 documentary “Sink or Swim” has been added to the National Film Registry by the Librarian of Congress. The autobiographical story about the schism between a daughter and her father can be viewed here: http://www.aspresolver.com/aspresolver.asp?GLTV;2180783 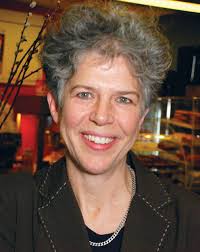 “Acting Librarian of Congress David Mao announced today the annual selection of 25 motion pictures to be named to the National Film Registry of the Library of Congress. These films, which epitomize the diversity and richness of the nation’s cinematic heritage, have been identified as motion pictures that deserve to be preserved because of their cultural, historic or aesthetic importance.

‘Selecting a film for the National Film Registry recognizes its importance to cinema and America’s cultural and artistic history,’ said Mao. ‘The registry is an invaluable way to advance public awareness of the richness, creativity and variety of our nation’s film heritage.’”

From the registry:
Sink or Swim (1990). In this autobiographical tale told in voice-over by a teenage girl (Jessica Lynn), Su Friedrich relates a series of 26 short vignettes that reveal a subtext of a father preoccupied by his career and of a daughter emotionally scarred by his behavior. Black-and-white film clips of ordinary daily activities illustrate Friedrich’s poetically powerful text to create a complex and intense film. Of this work, which garnered numerous festival awards, Friedrich wrote, “The issue for me is to be more direct, or honest, about my experiences, but also to be analytical. ‘Sink or Swim’ is personal, but it’s also very analytical, or rigorously formal.”

Friedrich’s films and videos have been featured in retrospectives at major museums and festivals, and she has received both Guggenheim and Rockefeller Foundation Fellowships. Michael Zyrd wrote in Senses of Cinema: “The textures, cinematic and emotional, of Friedrich’s work are both private and highly mediated, embodying an aesthetic style and range of concerns that make her one of the most innovative and accessible artists currently working in the dynamic tradition of the modernist American Avant-Garde.”