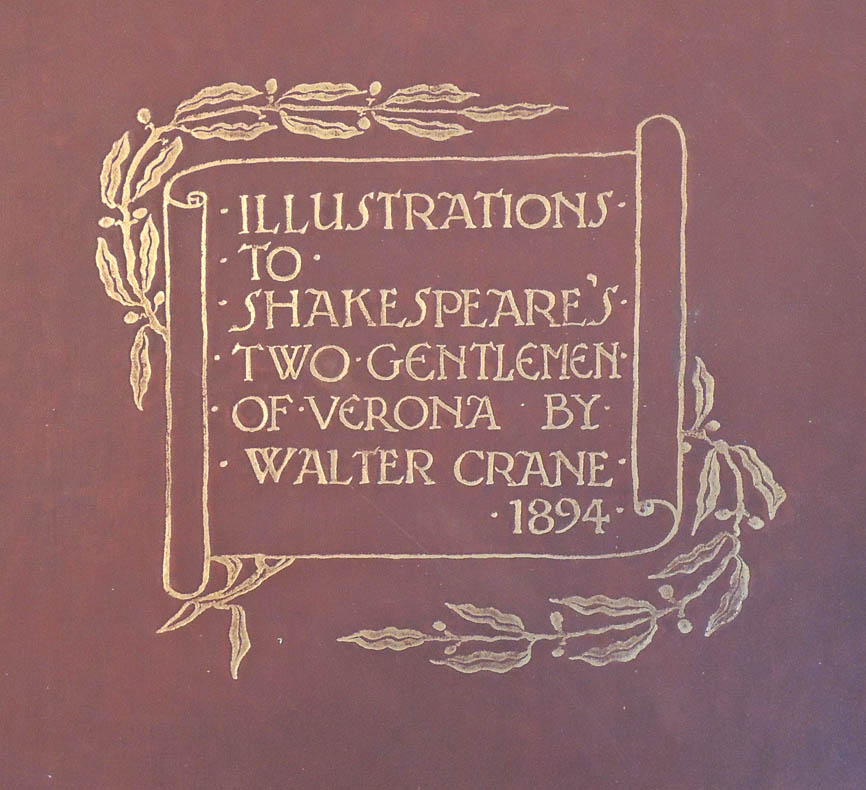 “Although one of the earliest processes for the production of a printing block by means of photography,” begins an advertisement in the August 27, 1897 issue of The Photographic News, “one but rarely nowadays hears the name of ‘Dallastype’ mentioned in connection with photo-process work, and yet the results achieved by it are remarkably fine, and in the early days of mechanics engraving were much admired.” 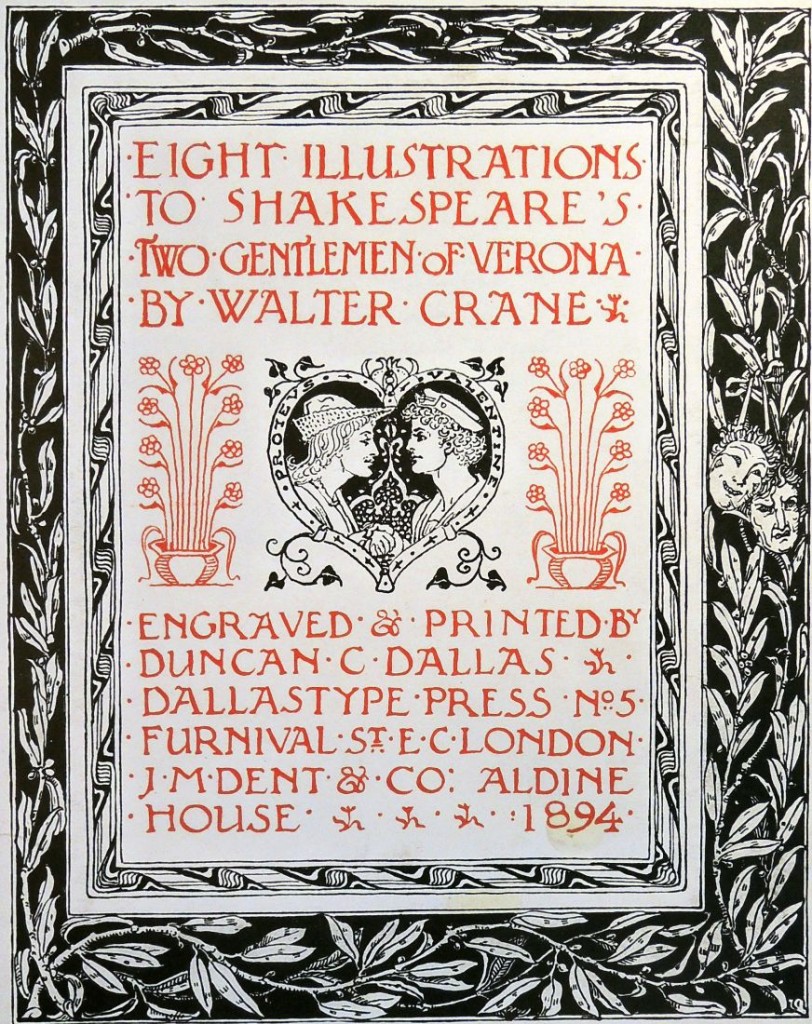 The piece continues “Mr. Dallas has been quietly working at his process for many years, and improving and developing its capabilities, and has now decided to make it public, for which purpose he intends to open the ‘Dallastype and Dallastint School of Photographic Engraving,’ were he will give [instruction] to students in the art of producing pictures by his methods, which are free from the messy and cumbrous operations that characterise the zinco process. . . . Prospectus, with all particulars as to terms, &c., will be posted on application by letter to Mr. Duncan C. Dallas, 5, Furnival Street, Holborn, E.C.”

Duncan Campbell Dallas (ca. 1830-ca. 1890) had indeed been perfecting and publishing images with his Dallastype process for at least forty years. Depending on which history you read, he was either a crook or an unheralded talent. 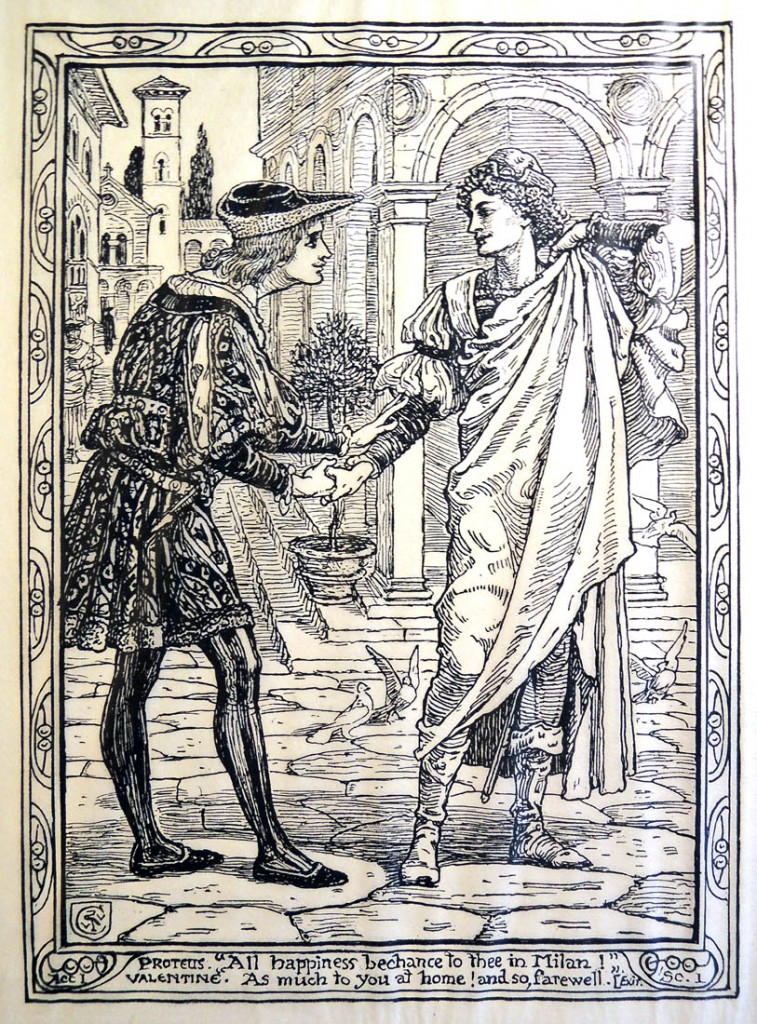 In 1854, Paul Pretsch (1808-1873) patented photogalvanography (sometimes called photoelectrotype) and together with Roger Fenton (1819-1869) went on to establish the Photogalvanographic Company. Dallas was hired as the company manager.

To their surprise, Dallas was granted provisional protection for his own patent in June of 1856 on “Improvements in chemical preparations applicable to the photographic and photogalvanographic processes.” Pretsch and Fenton asked him to leave the company and many years of litigation followed.

In the September 11, 1863 issue of The Photographic News, Dallas published the abstract “Photo-Electric Engraving and Observations Upon Sundry Processes of Photographic Engraving.” Although the paper was submitted to the British Association for the Advancement of Science, it was ultimately deemed inadmissible by the Chairman and never presented to the organization. http://tinyurl.com/gsomauj 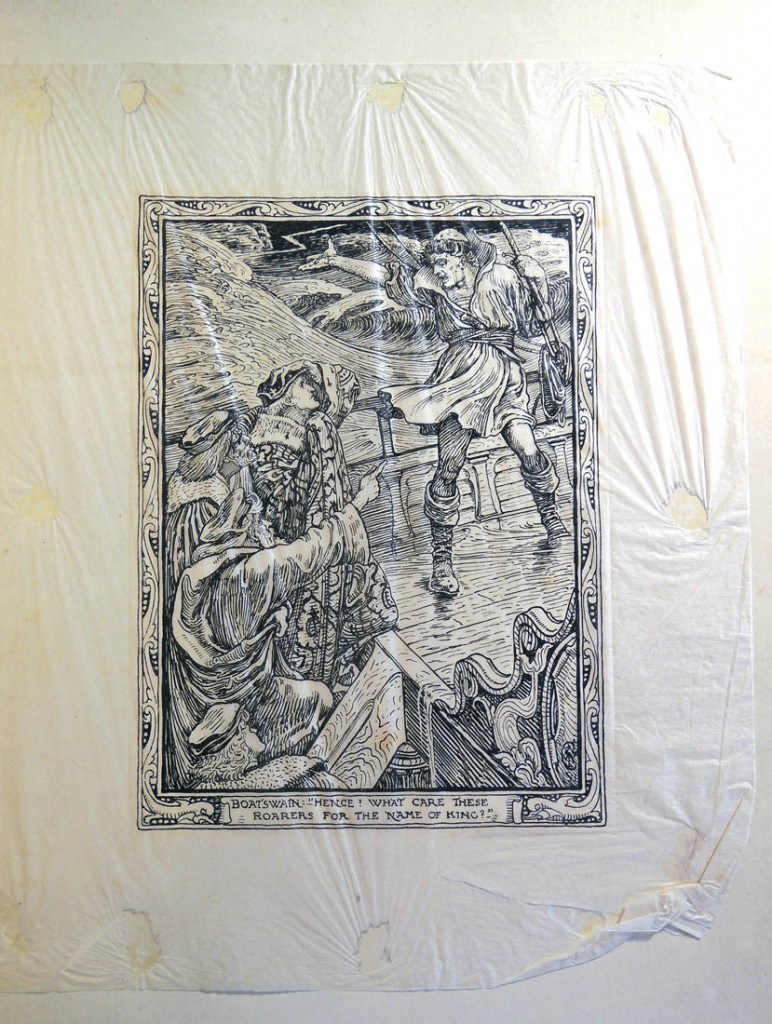 Dallas filed for another patent in May of 1866 and was again refused but moved ahead with his own company, advertising the Dallastype and Dallastint as ”cheap first class engraving, one shilling per square inch. A reliable substitute for wood engraving, faithfully reproducing in any size the artist’s or other original specimens for six stamps.”

Dallas wrote a letter to the British Journal of Photography, published in the March 5, 1875 issue, to protest Pretsch’s claim of developing the photogalvanography. “I had been the founder and organiser of the Photogalvanographic Company,” he claimed, “and had been robbed— I used the word deliberately—of the fruits of ray brain and hand labour by Mr. Paul Pretsch.” 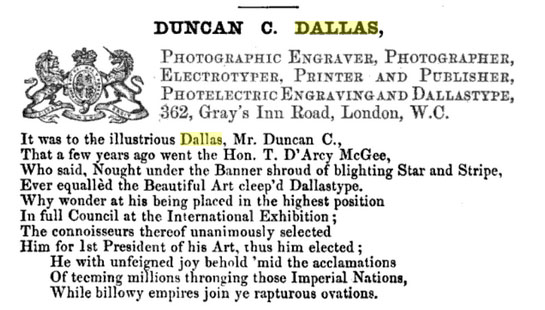 Duncan C. Dallas, The … Londoniad: giving a full description [in verse] of the principal establishments, together with the most honourable and substantial business men, in the capital. The new, or twentieth Londoniad, 1876. p. 66-68

Later that year, in need of money, he tried to sell the process, publishing Proposal for Divulging the Dallastype Process of Photographic Engraving to Five Hundred Subscribers, or more, at £20 each ([London]: Duncan Campbell Dallas, 1875).

Dallas went on to publish a facsimile of the 1623 Shakespeare First Folio and then, several portfolios of Walter Crane’s illustrations for individual plays. Princeton University Library holds three of these volumes, illustrated with Dallastypes. 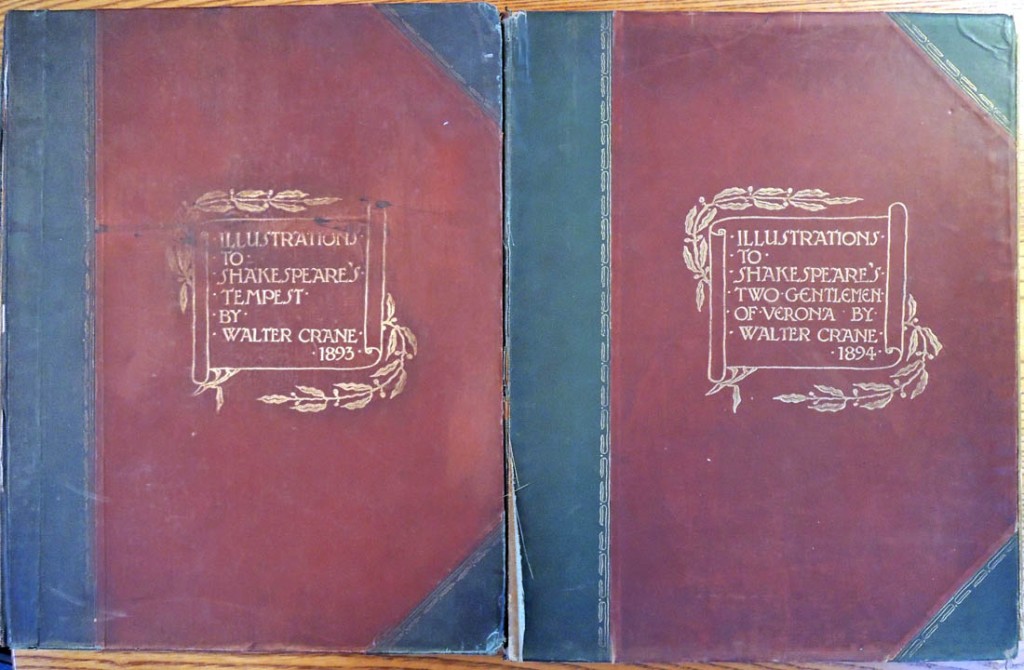 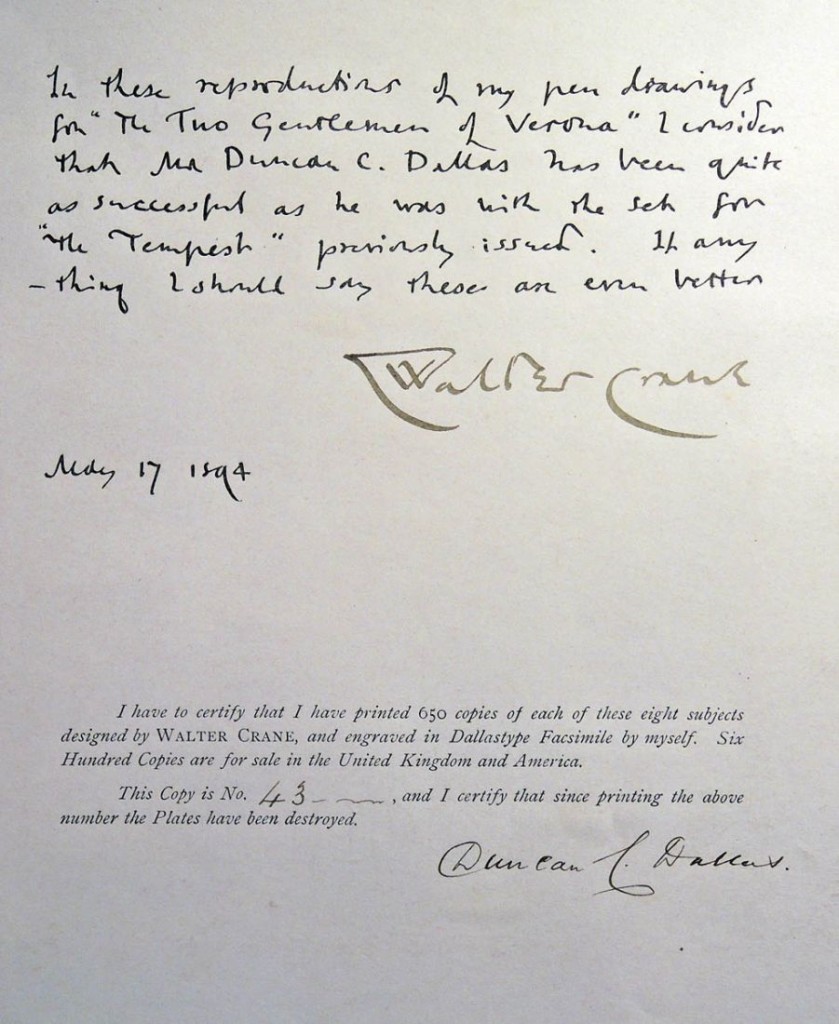