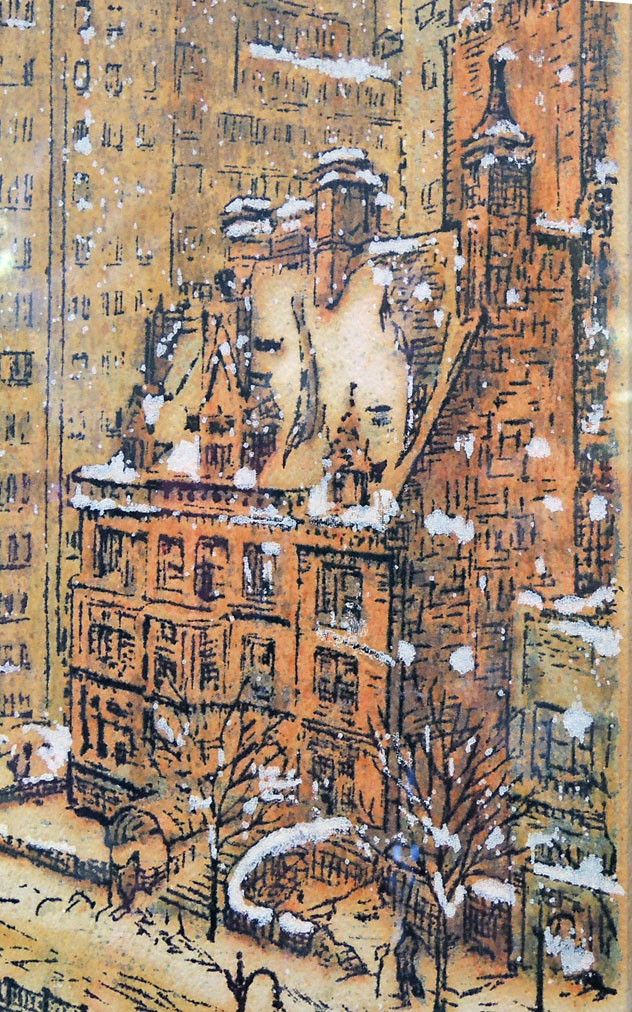 In 1961, The Daily Princetonian announced that the Princeton Club had broken ground for a new home at 15-21 West 43rd Street [where it remains today]. “Ever since a small group from the Class of 1895 leased the third floor of a building on West 24th Street, shortly after graduation, the dream of a Princeton Club, fully equipped and housed in its own building, has been in the minds of alumni,” wrote Robert Lanza.

“Since that date, the club has been a floating institution. Expiration of the lease in 1897 caused the club to be abandoned in fact, but not in thought.

After two years of planning, on December 7, 1899, the Princeton Club of New York was incorporated. And less than four months later, in March 1900, the members entered their new Club House in the old Vanderbilt home on the corner of 34th Street and Park Avenue, where the Vanderbilt Hotel stands today. By 1908, the lease had run out, and the 1400 residents and nonresidents, requiring more room, decided not to renew.

Instead, they moved to larger quarters at Gramercy Park North and Lexington Avenue, into the former residence ‘of the noted architect, Stanford White. There the club stayed for 10 years. Pressures caused by the war years resulted, in 1918, in a decision to accept an invitation by the Yale Club to share its quarters at 44th Street and Vanderbilt Avenue. The decision proved an advantage to both.

In 1922 the Princeton Club was able to purchase the residence on the corner of 39th Street and Park Avenue, where the club has remained for 39 years. In 1929 the adjoining residence of the late Austin G. Fox was added to the club property. Financial difficulties brought on by the depression made it mutually practical for the Brown Club to share the Princeton Club facilities, starting in March 1933. Later, similar arrangements were made with the Dartmouth College Club, which moved into the former Fox residence on April 1, 1942. Thus, the present facilities at 39th Street and Park Avenue accommodate 3200 members of the Princeton Club, over half of whom are non-resident, 1200 members of the Dartmouth College Club and 800 members of the Brown Club.” 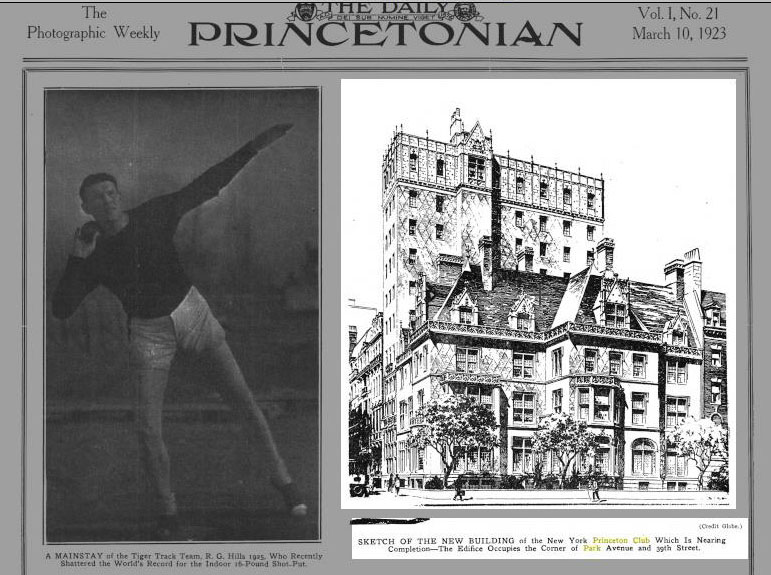