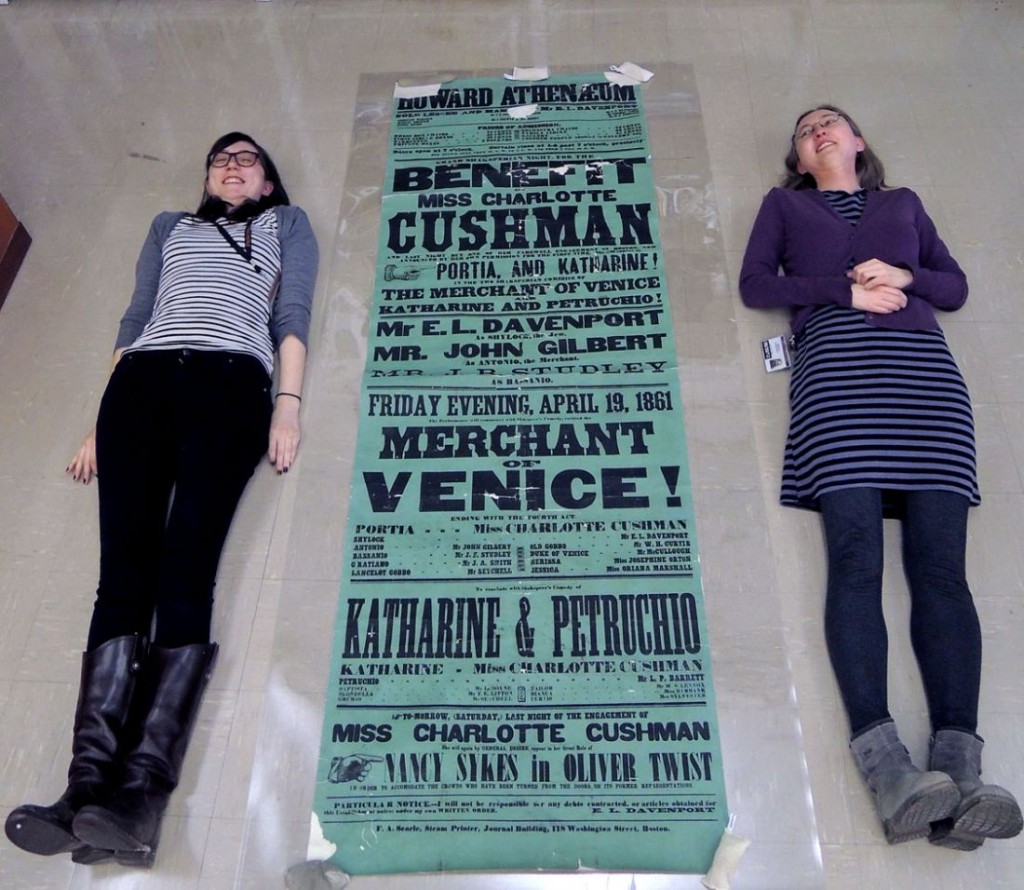 Special thanks to Special Collections Assistants Allison Hughes and Miriam Jankiewicz for adding a little perspective to this post.

From 2008 to 2014, we cleared material out of a storage space known locally as the “iconography vault.” Over 100 posters were crumbled up on top of the cabinetry, which have slowly been flattened and conserved by our staff. Yesterday, we discovered we had this treasure from 1861.

The broadside is for a special performance at the Howard Athenæum, also known as Old Howard Theatre, in Boston, Massachusetts. For over 100 years, from 1845 to 1953, the Howard was one of the most famous theaters in Boston history. This single performance featured and benefited the American stage actress Charlotte Saunders Cushman (1816-1876) who was known for playing both male and female parts (including a celebrated Hamlet). 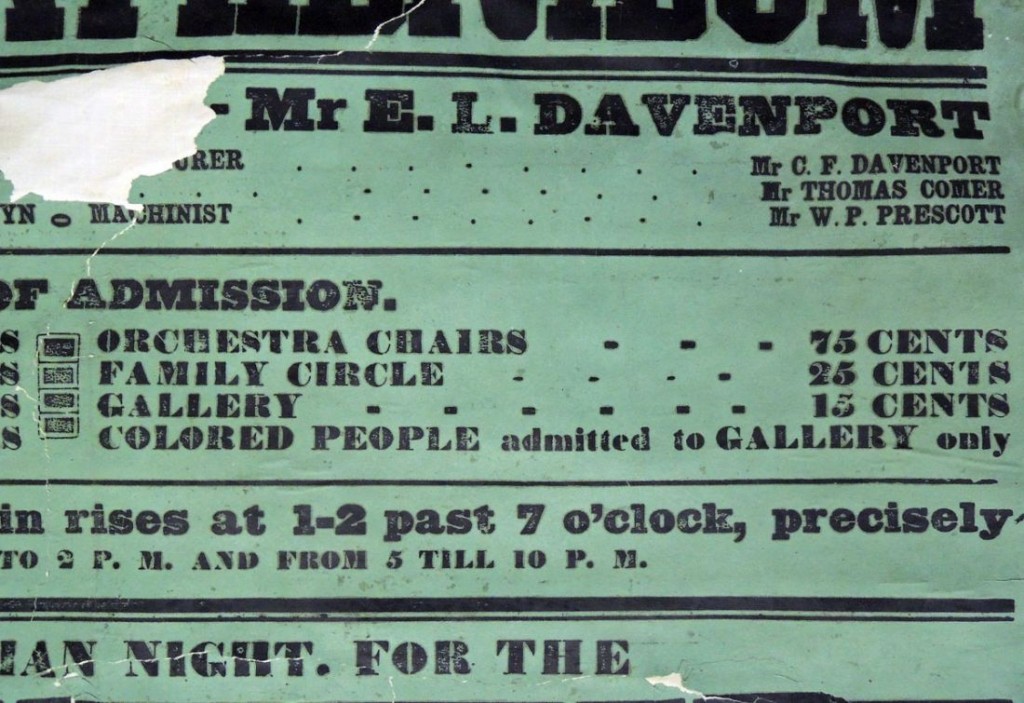 Note the separate seating required for Black and White audience members. This is just days after the beginning of the American Civil War. 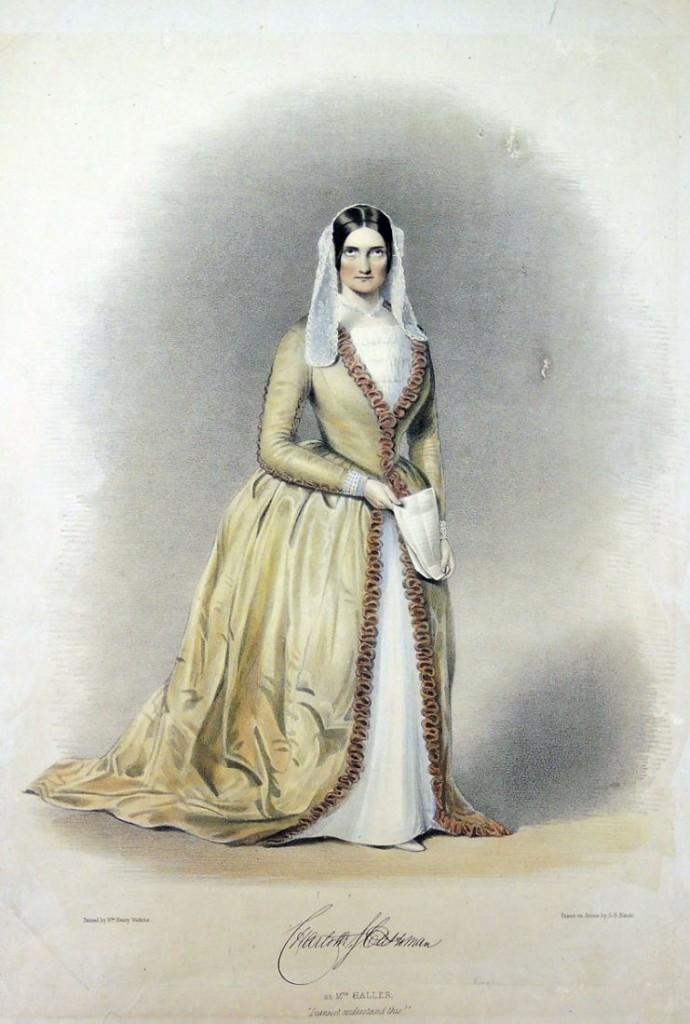 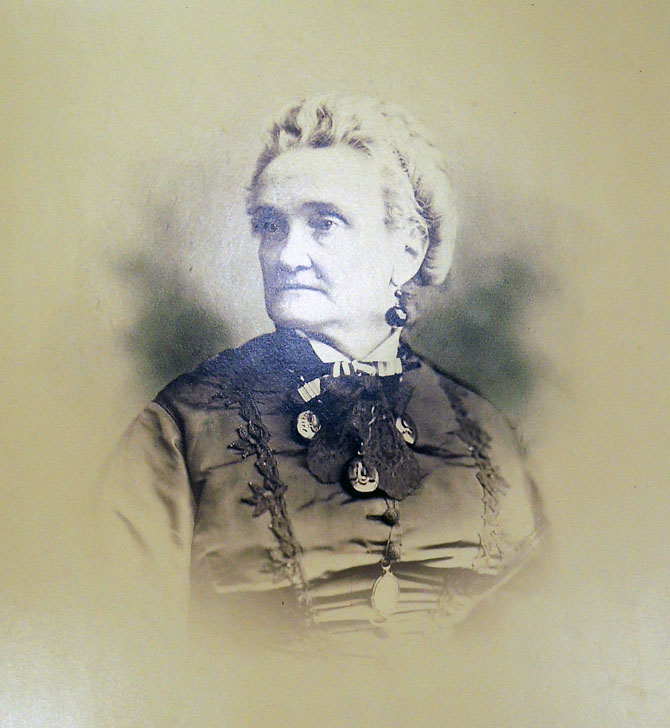