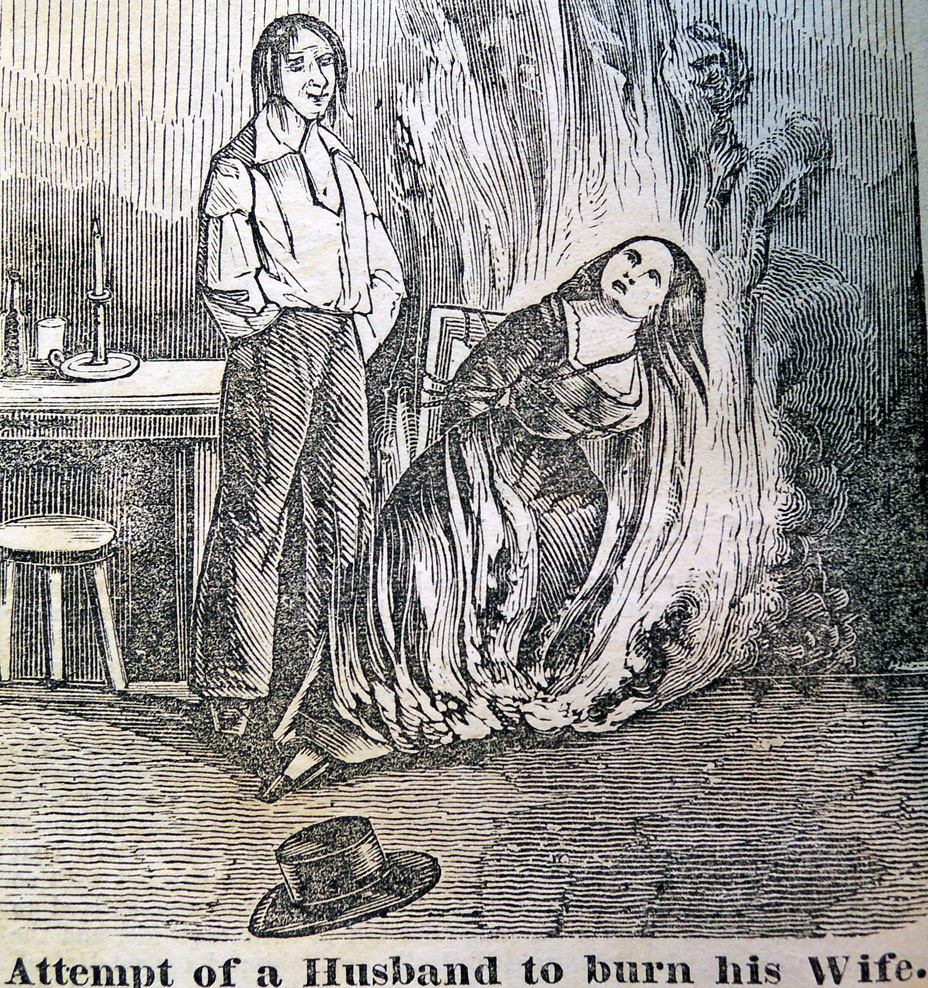 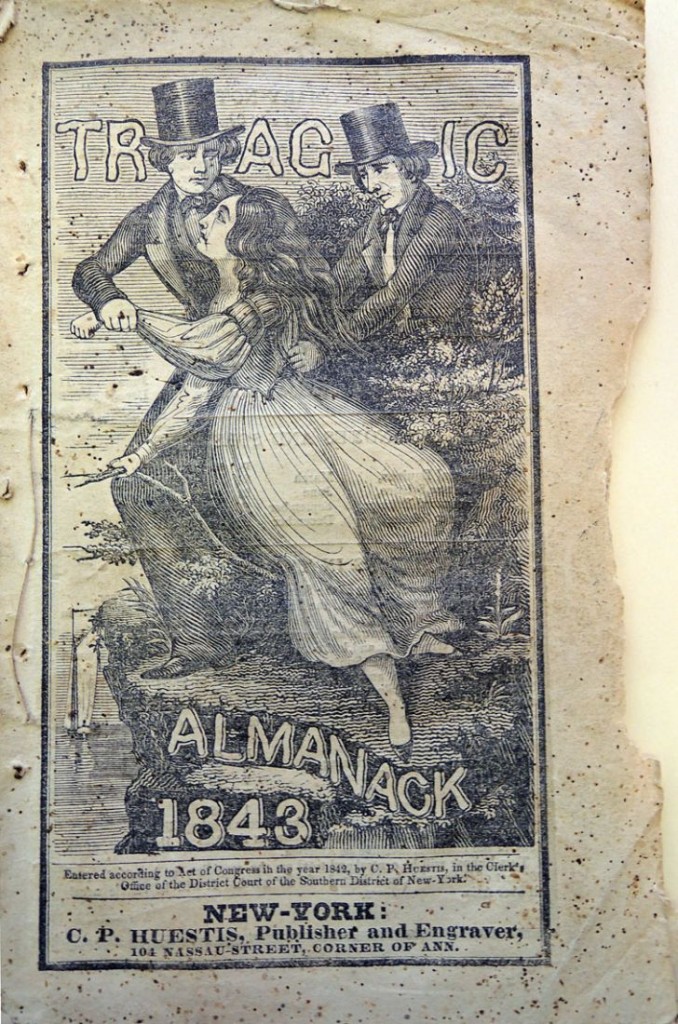 In the 1840s, a unique genre originated in lower Manhattan known as the tragic almanac. Meant as a complement to the popular comic almanacs, the tragic annuals offered stories of murders, shipwrecks, disasters, fires, and various other events of death and destruction. Surprisingly, they did not sell well and were soon discontinued. 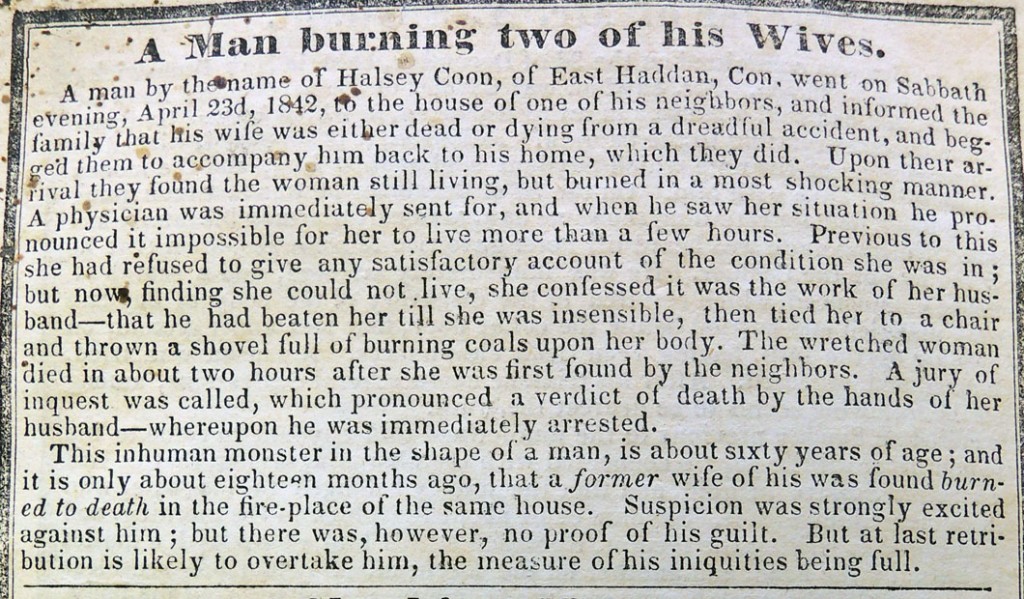 Elton eventually moved to 90 Nassau in late 1830s, continuing to produce a variety of almanacs and in the early 1840s, his competitor, engraver Charles P. Huestis, opened a shop at 104 Nassau just across of Ann Street from Elton’s firm. Huestis also published comic publications but had the idea to fill the public’s interest in the opposite side of the market. 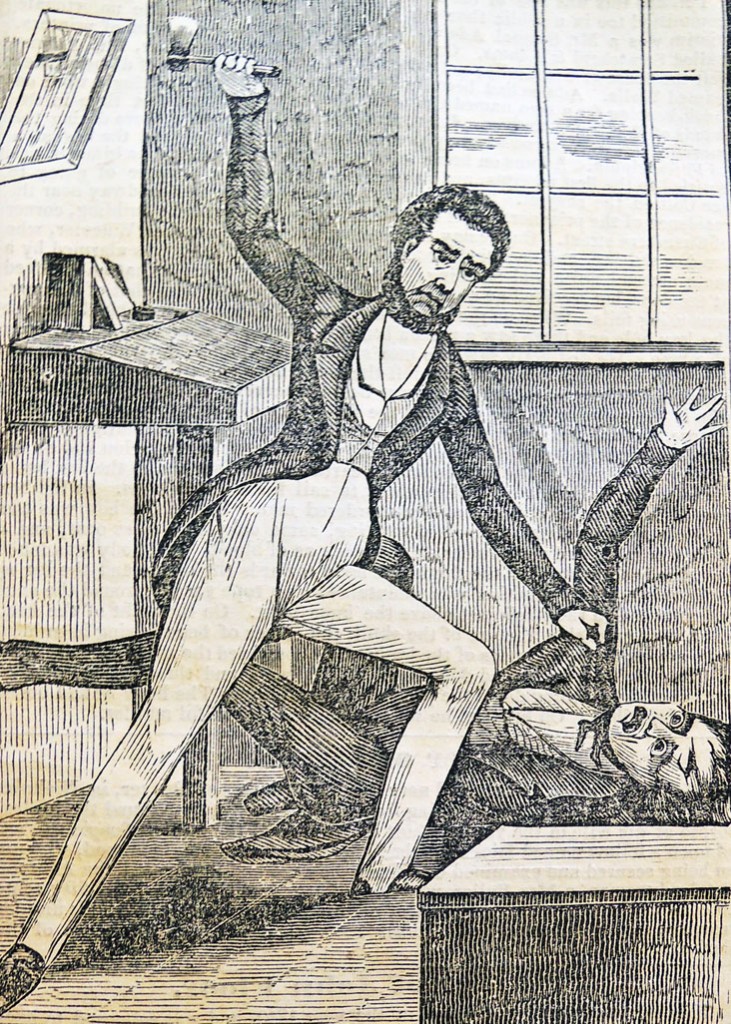 In 1842, Huestis published The Tragic Almanac from the offices of the New York Sun at the corner of Nassau and Fulton, later publishing from his own shop a few doors away. The issues include a number of lurid wood engravings depicting scenes of horrible murders. Graphic Arts Collection holds an issue for 1843 (Hamilton SS 557). It is unclear whether this lasted more than two issues.

Thanks to Richard West’s biography of Thomas W. Strong (1817-1892) we know that Strong worked for Elton as a teenager (Ephemera News, summer 2009) through 1840, when Elton merged his firm with John McLoughlin to form Elton and Company. 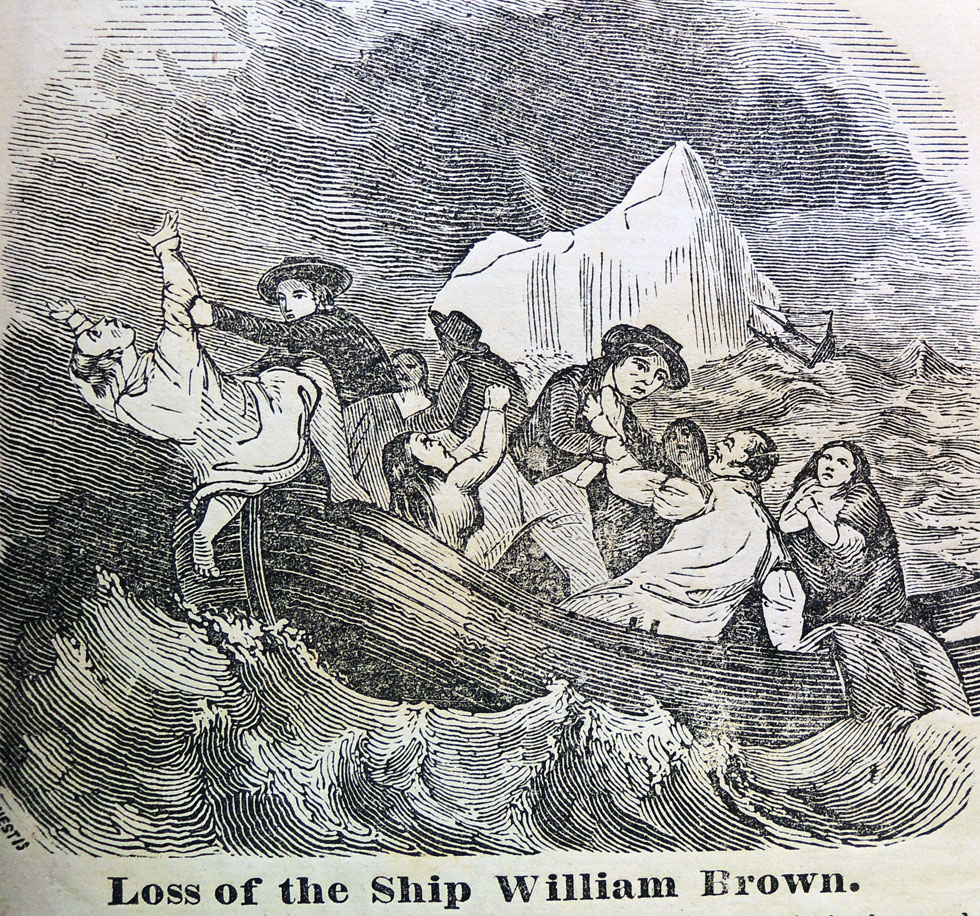 When Strong left Elton to established his own shop at 98 Nassau Street, he decided to publish a tragic almanac, continuing the series begun the year before by Huestis. Strong’s annuals lasted until 1850. Unfortunately, Princeton doesn’t yet hold any of Strong’s rare tragic almanacs. 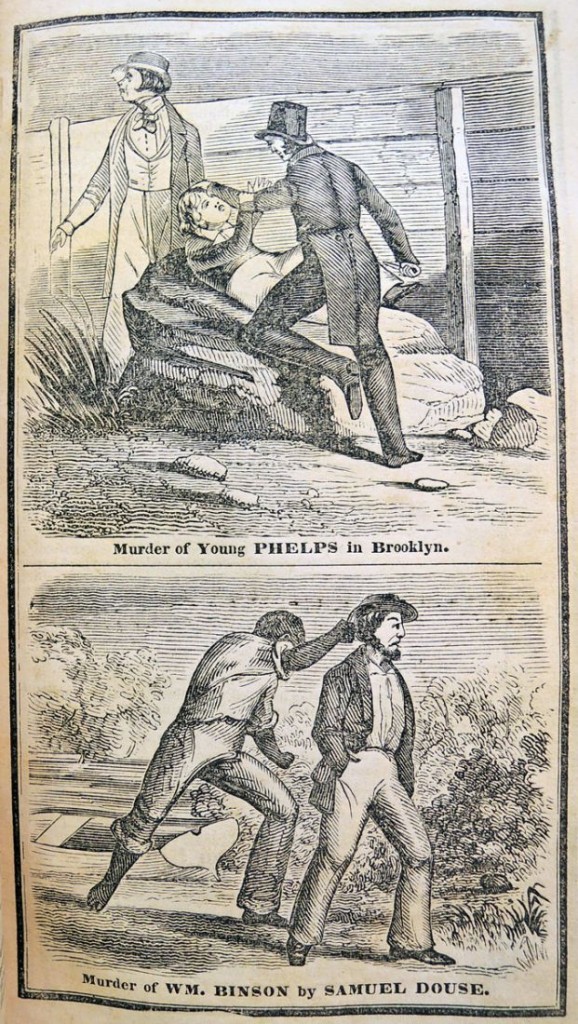 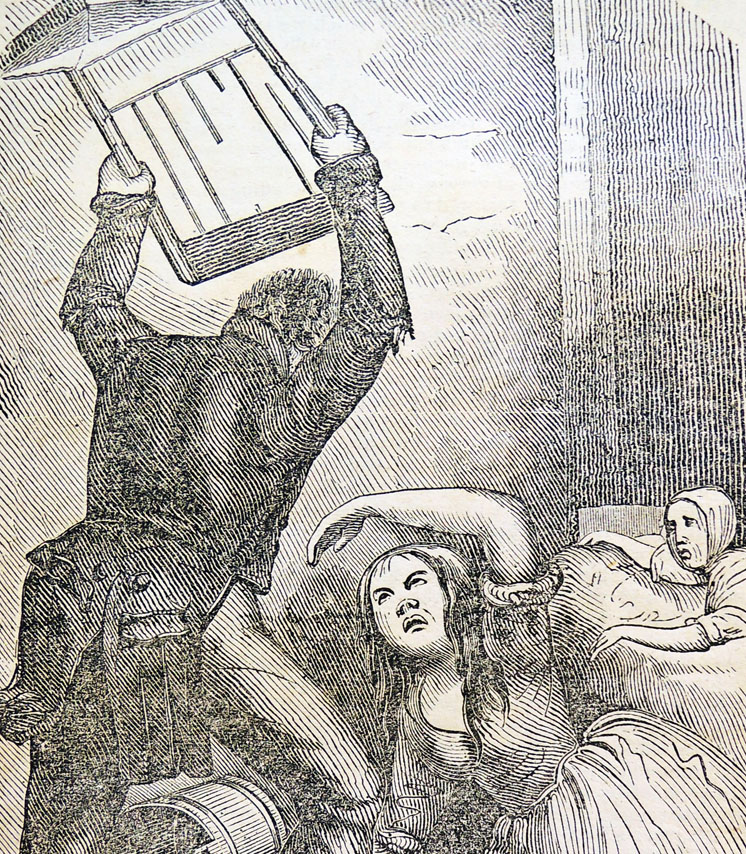 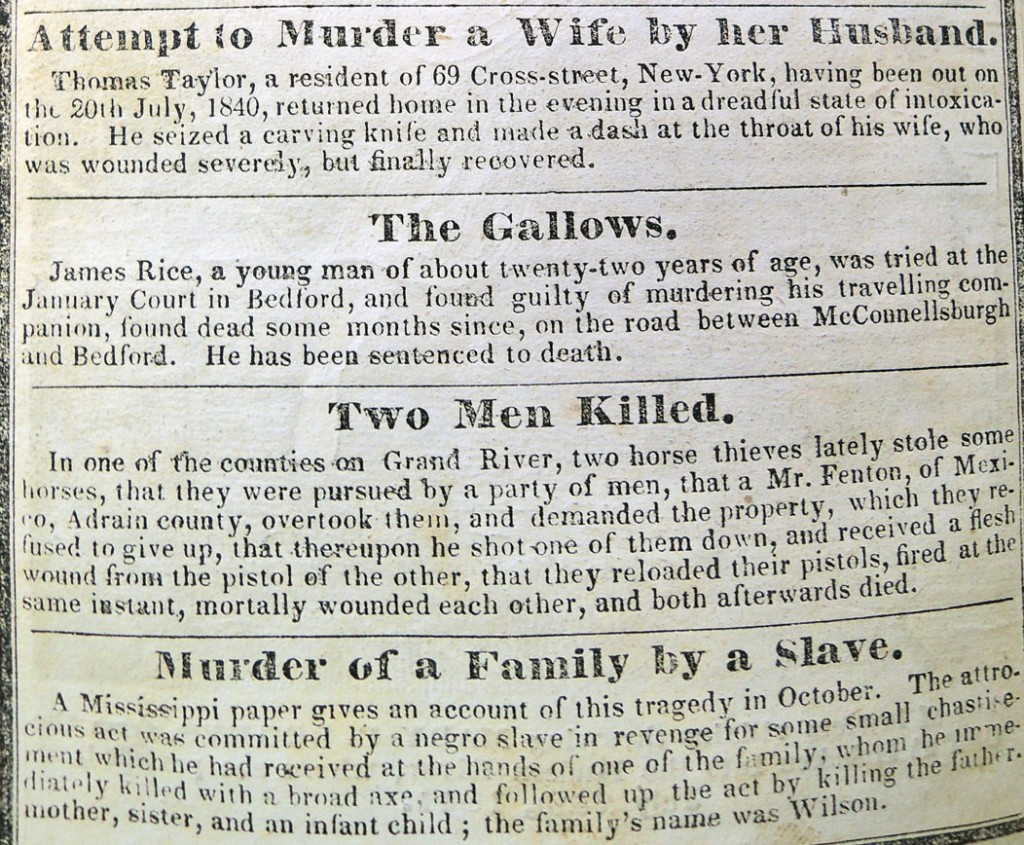