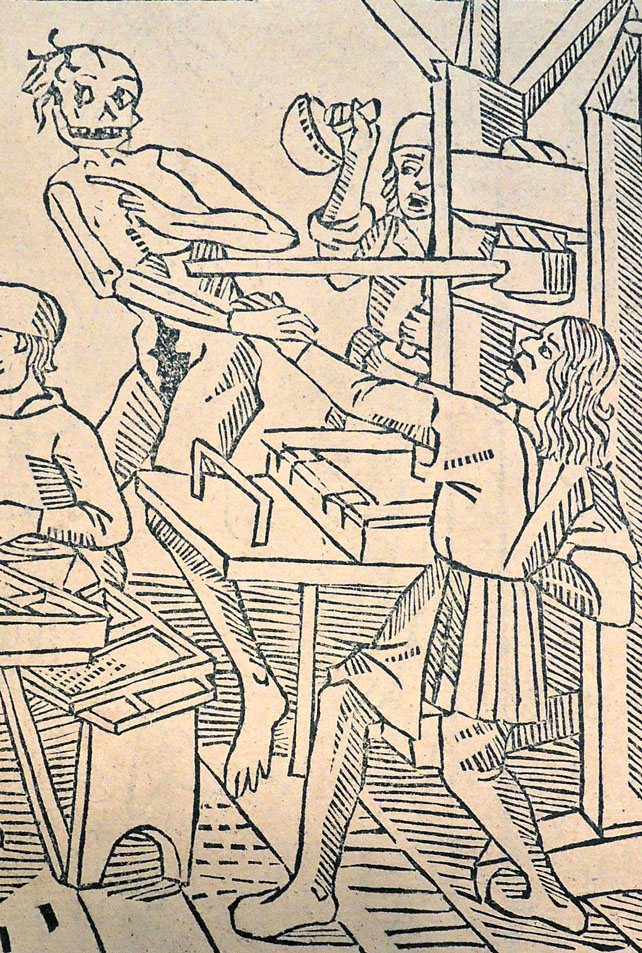 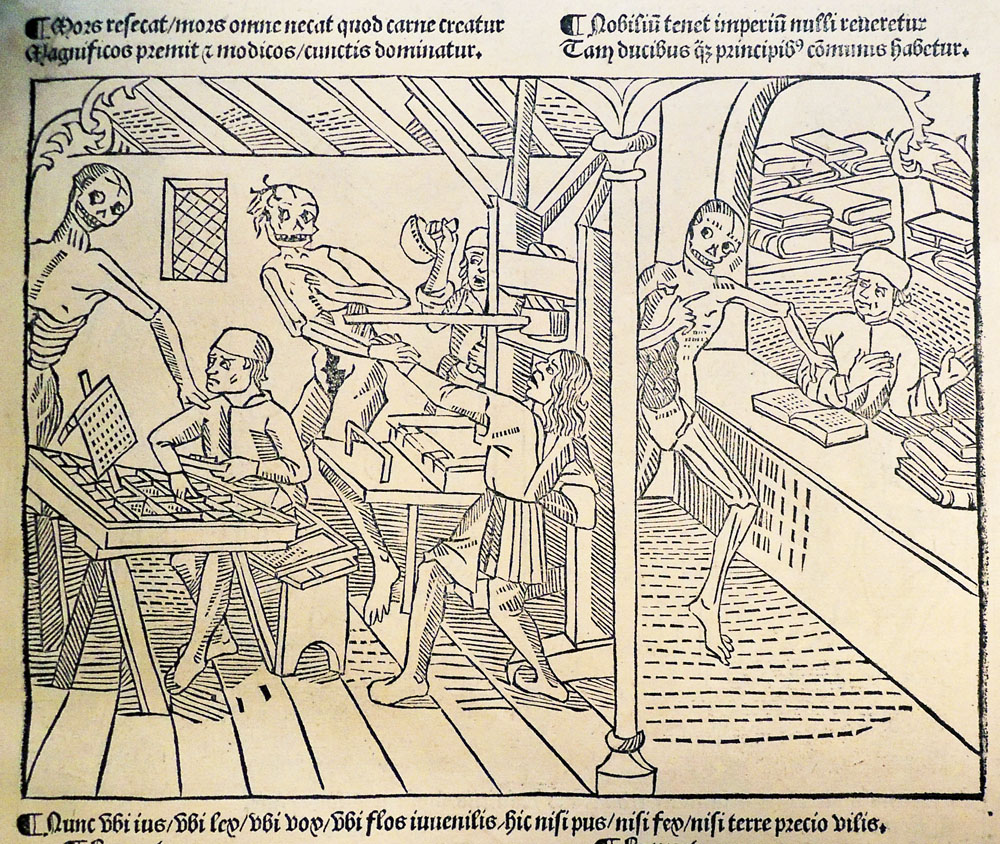 In preparing for the Spring 2016 class “Waking the Dead,” ATL 497 at the Princeton Atelier [http://arts.princeton.edu/academics/atelier/], we pulled a number of books and prints. The class is being taught by graphic novelist Kevin C. Pyle and Jennine Willett, co-artistic director of Third Rail Projects, a dance theater company known for immersive works. Pyle and Willett are collaborating with students across multiple disciplines to integrate movement, images, and text into a new story-telling format.

Eric White, our curator of rare books, kindly gave me a preview of La grāt danse macabre des hōmes (Lyon, 1499) in the Scheide Library, which not only has spectacular representations of death but also the first illustration of a printing office and a working printing press. We have one of the only two copies known to have survived (the other is in the British Library).

Published by Mathias Huss, the page above shows death at a book shop, interrupting a compositor, and calling a halt to the printing of a book. Here are a few close ups (the color of the paper is not well represented in these photographs). 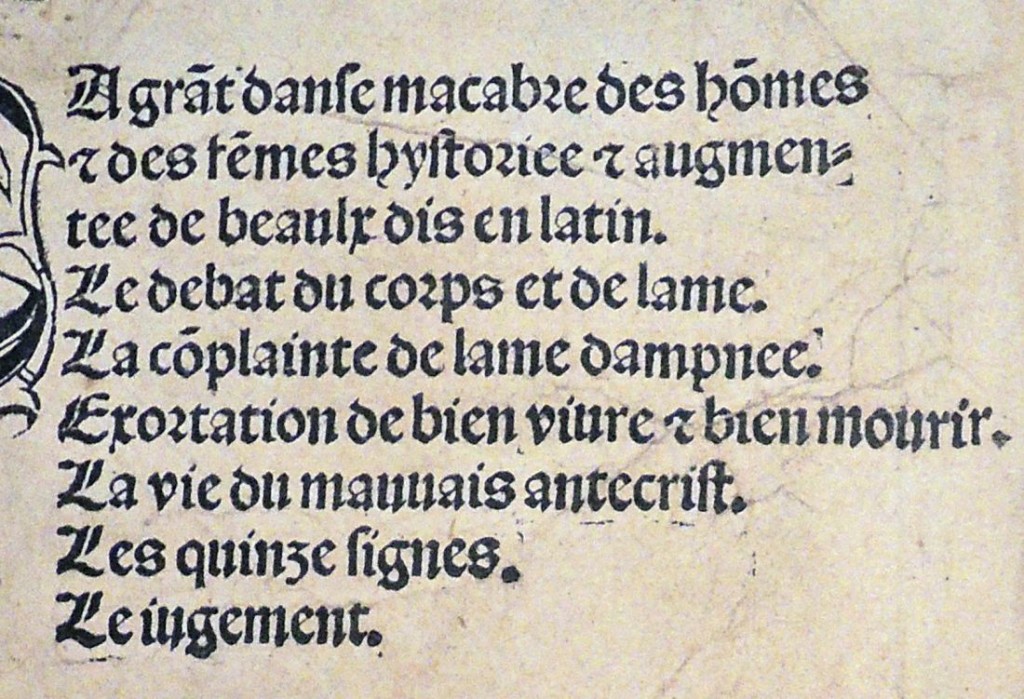 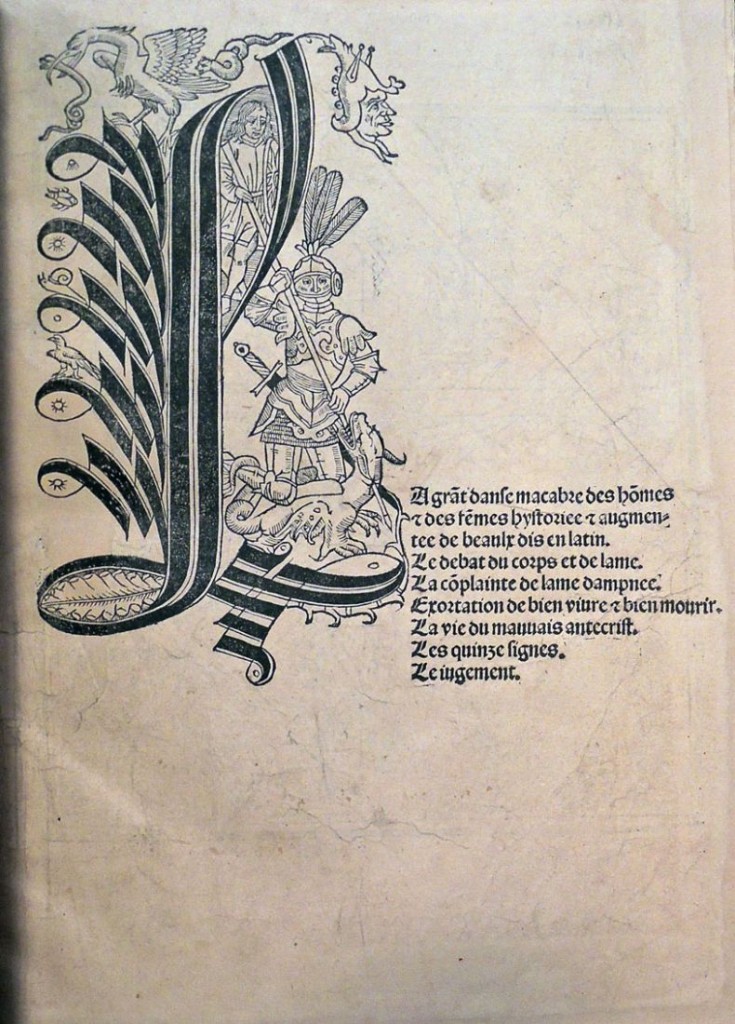