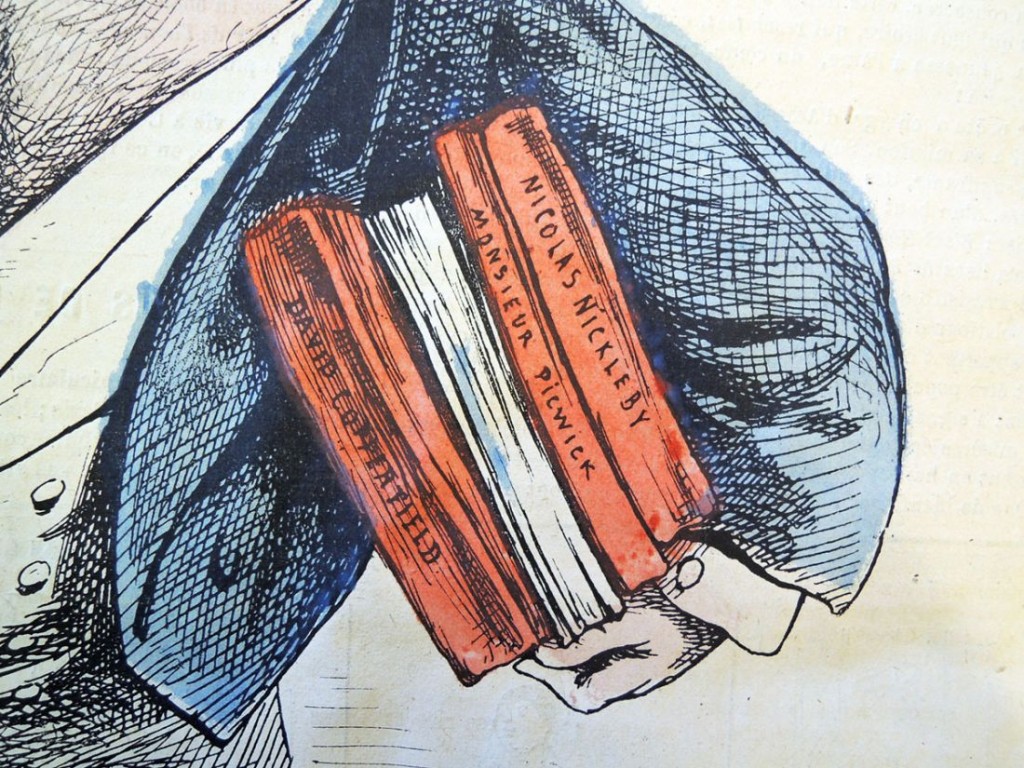 Caricaturist André Gill (born Louis-Alexandre Gosset de Guînes, 1840-1885) drew for the weekly newspaper La Lune from 1865 until 1868 when it was banned and then, for its successor L’Éclipse until 1876. Most issues featured a cover lithograph by Gill of the famous French authors, scientists, actors, and artists of the day. Giuseppe Garibaldi, Charles Dickens, and Richard Wagner were some of the few non-French celebrities honored with a portrait.

Charles Dickens (1812-1870) appeared on the cover of the June 14, 1868 issue, seen carrying his books over to France. He made a visit that month to see a Paris production of No Thoroughfare and perhaps, give a reading (noted in The Pilgrim Edition of the Letters of Charles Dickens: Volume 12: 1868-1870). 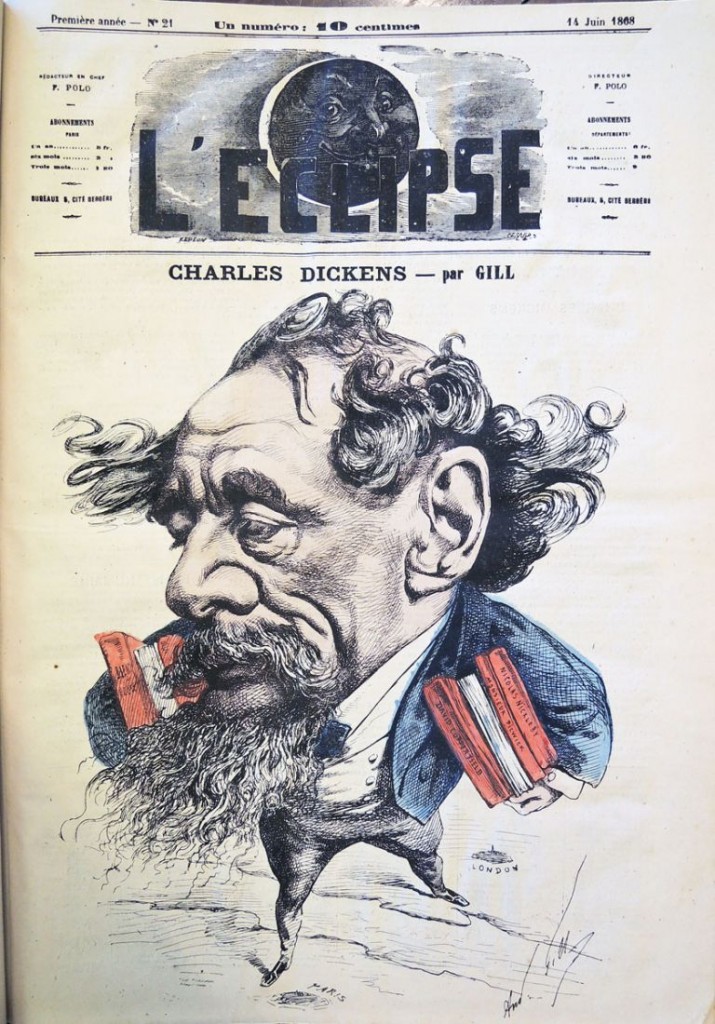 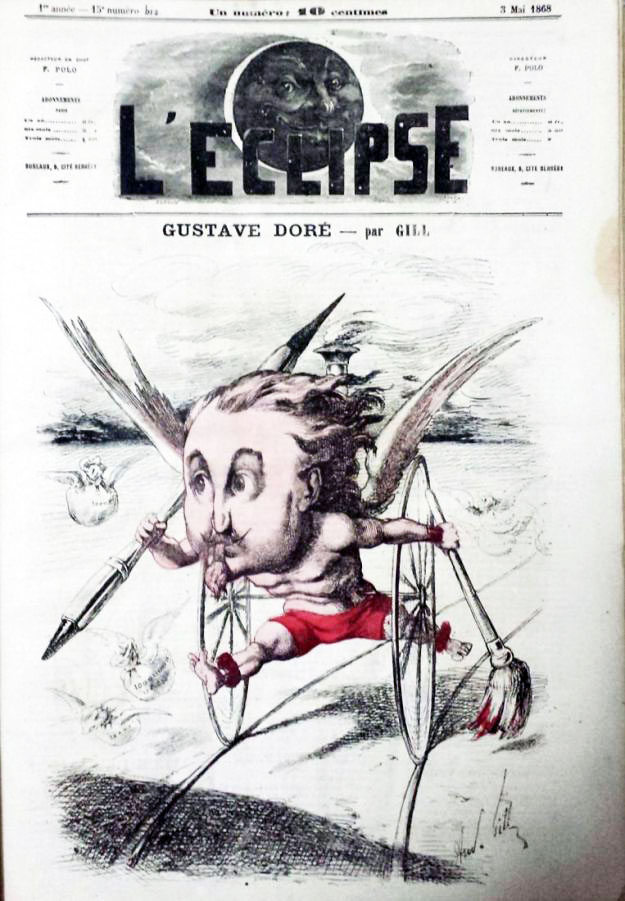 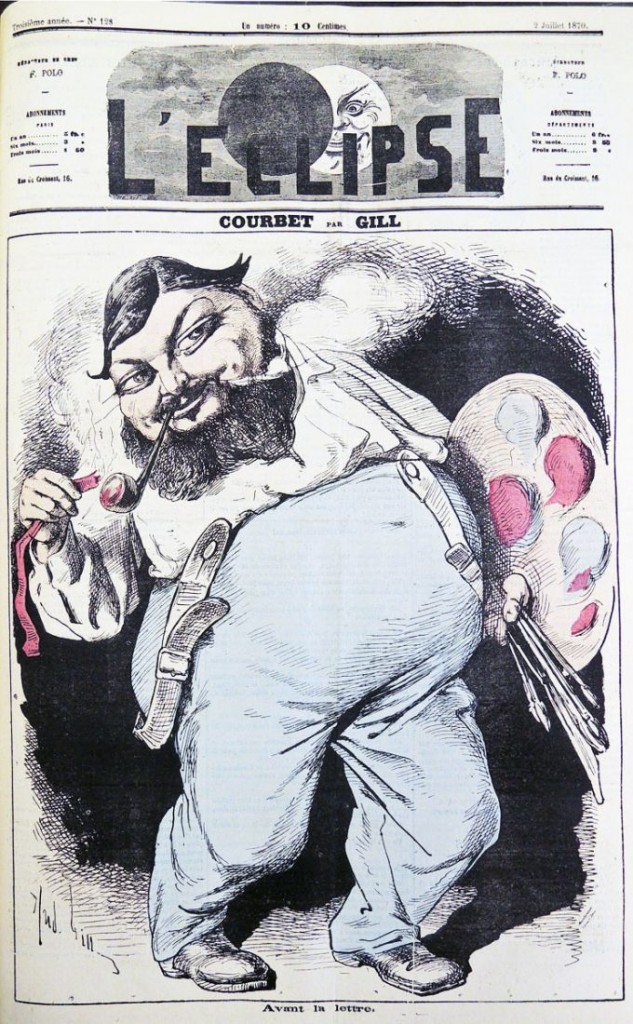 If you go to Paris today, be sure to visit the tiny street: Rue André Gill in Montmartre, see the statue at the far left. You might even stay at the Hotel André Gill located there. 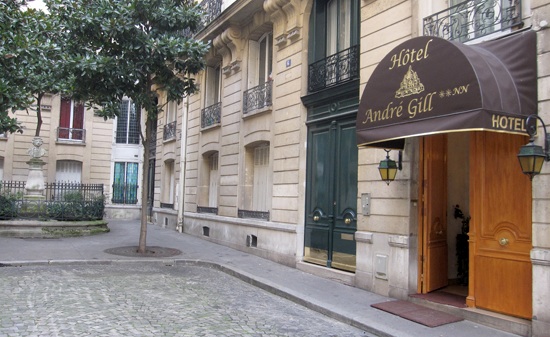