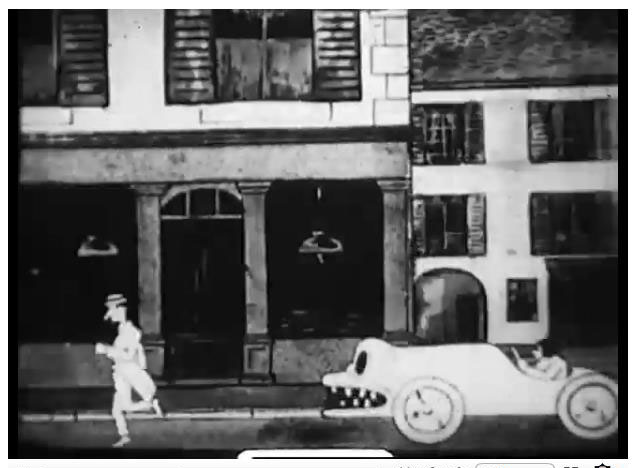 Transcribed title frames:
The troubles of a pedestrian. Animated cartoons by Lortac and Landelle. Sir prepares himself to tour on his feet the property. Pouah! the horror!… Boor! Reckless driver!. The driver, hurt by the insult, decides to run-over the pedestrian to teach him a lesson. Ah! you will not get me, miserable crusher! I dodged the bullet! Moral of the story: Avoid drivers who drive like madmen, but if you are scared you’d better stay at home. The end. 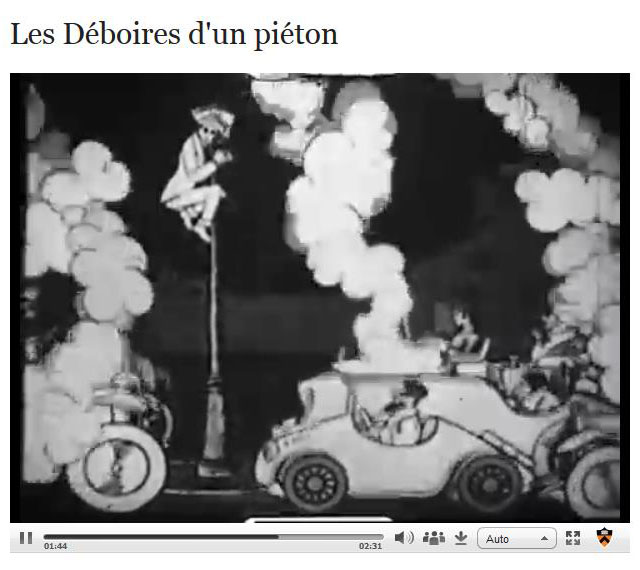 This is a rare animated short by the French artist and filmmaker Robert Collard (1884-1973), who used the pseudonym Lortac. Collard established the first organized animation studio, Publi-Ciné, in Montrouge around 1919, working with a number of collaborators. For more see Giannalberto Bendazzi, Animation: A World History: Volume I: Foundations – The Golden Age (2015). Here is a good biography of Collard: http://www.lips.org/bio_Lortac_GB.html

This is one of nearly 800 French silent movies that have been digitized and can be viewed online at http://rbsc.princeton.edu/pathebaby/ 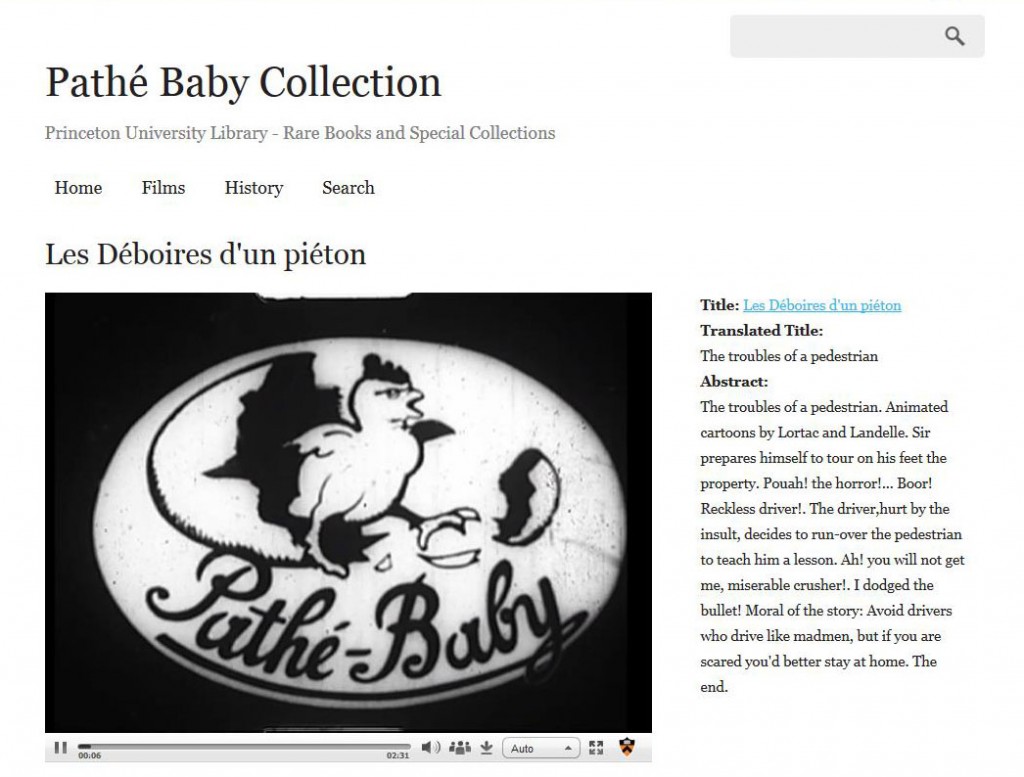