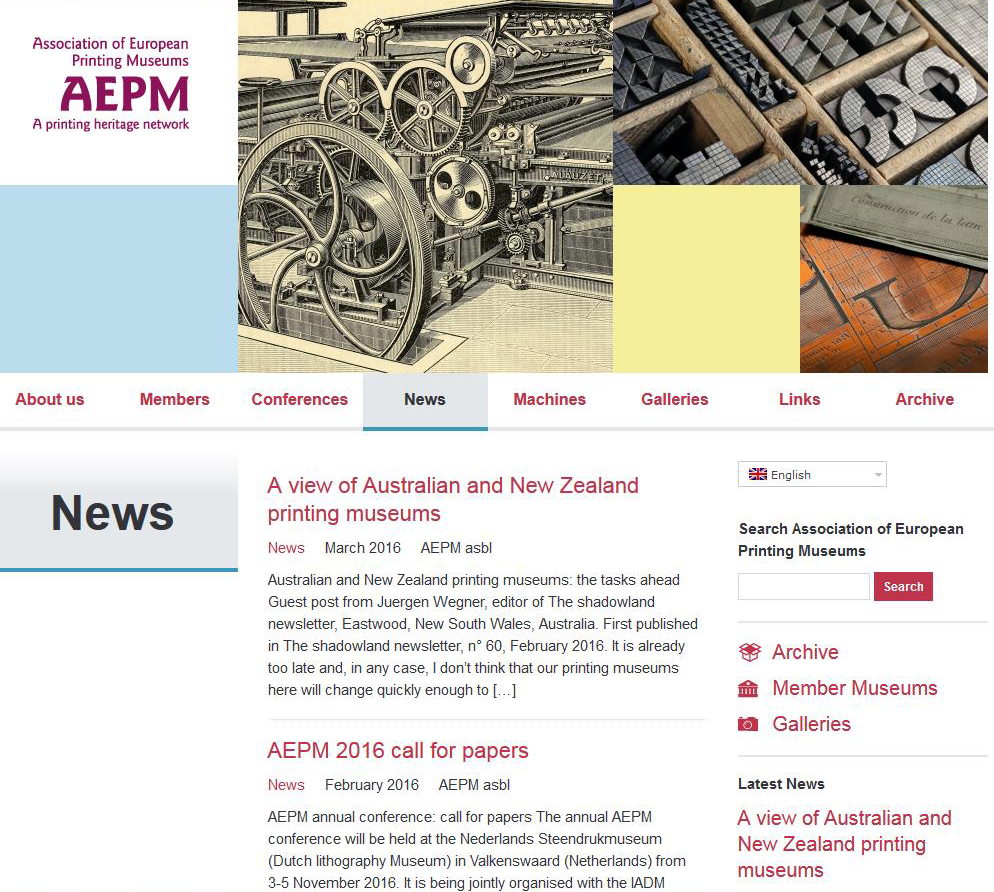 The Graphic Arts Collection is proud to be a member of the Association of European Printing Museums (AEPM), an international printing heritage network. As their website states, “the aim of the AEPM is to encourage the sharing of knowledge, experience, initiatives, and resources in all fields of the graphic arts as they have been practised from the time of Gutenberg until the present day. Originally founded as an association of European printing museums, the AEPM has gradually enlarged its remit to include a broad range of organisations and individuals interested in printing heritage, both in Europe and beyond.” We encourage others to join as well. http://www.aepm.eu/

Along with other activities, the AEPM holds annual conferences and has recently placed a CFP for their upcoming gathering. The 2016 conference will be held at the Nederlands Steendrukmuseum (Dutch lithography Museum) in Valkenswaard (Netherlands) from 3-5 November 2016. It is being jointly organised with the IADM (Internationaler Arbeitskreis für Druck- und Mediengeschichte). The theme of the conference is:

From Stone to Chip. Lithography. Few people know what it is, and even fewer know how it works. Yet we are permanently surrounded by documents and objects printed by this long-established process. Introduced in the early years of the 19th century, lithography mutated in the early 20th century to become offset lithography which went on to replace letterpress as the principal industrial printing process. For more information, see their website. 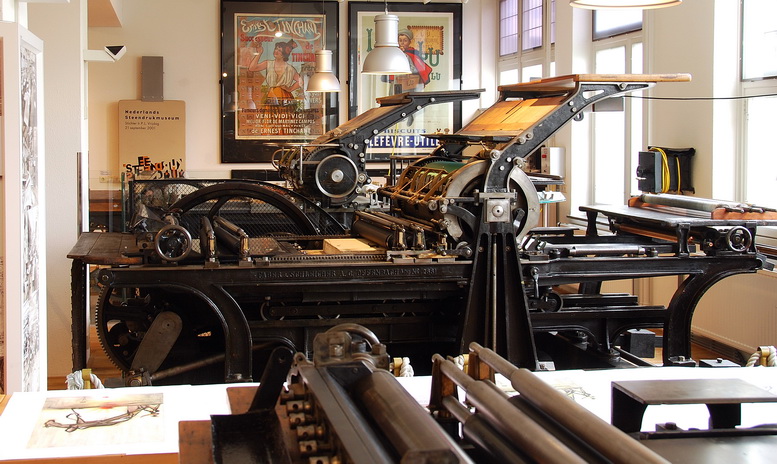 One of the many press rooms highlighted in the website’s gallery. This is the Nederlands Steendrukmuseum, Valkenswaard (Netherlands).