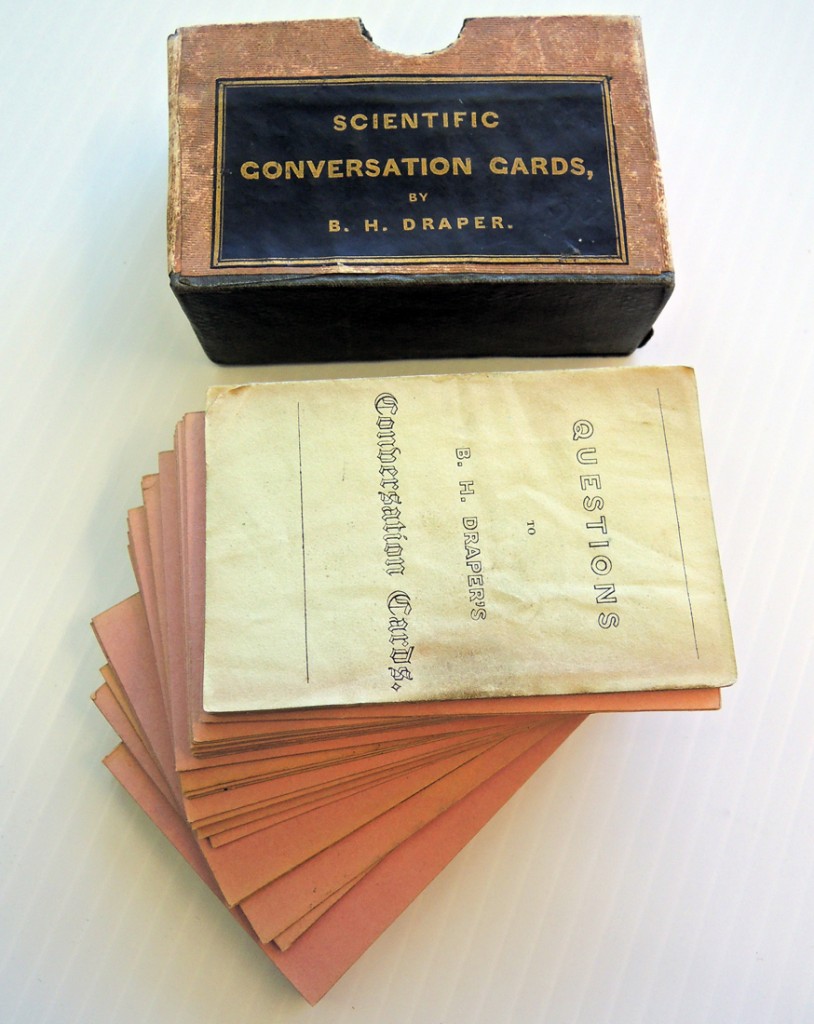 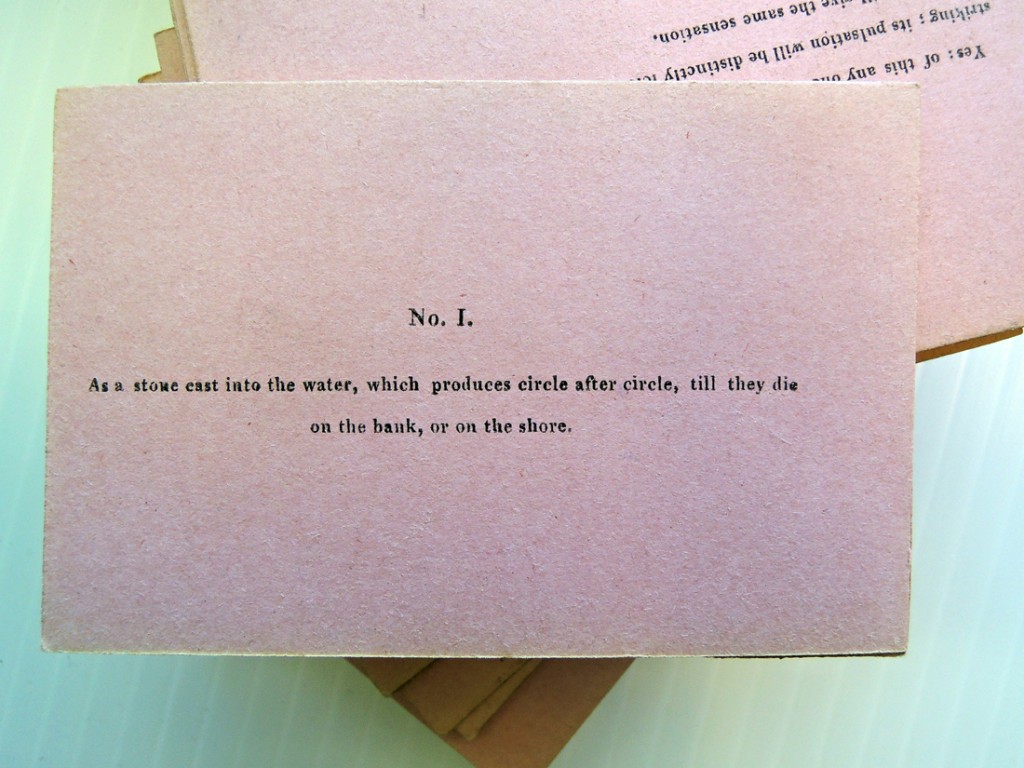 Dealer’s note: “A scarce educational card game, intended not only to impart information, ‘but [so] that persons may be induced to think for themselves’. Listed in the 1834 issue of the Monthly Literary Advertiser, and the 1835 January-April issue of the Metropolitan magazine, the game was the brain child of Reverend B. H. Draper.”

“According to the rules, the cards were to be distributed ‘in equal proportions to the company. Then let a question be read; and, when all have given their thoughts on it, let the card answering to the number of the question be produced and read’” 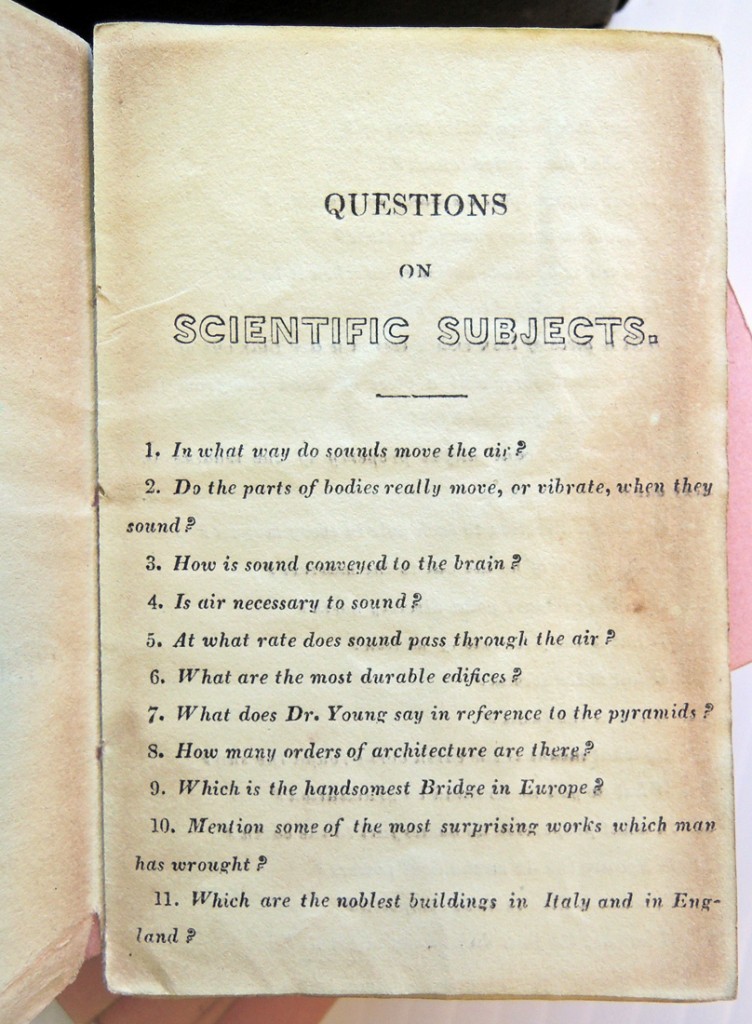 An ordained Baptist minister, Bourne Hall Draper was the author of a number of books for children including The Juvenile Naturalist (1839), Bible Illustrations (1831) and The Youths’ Instructer (Philadelphia: American Sunday School Union, 1830). Graphic Arts Collection (GAX) Hamilton 1674(b)