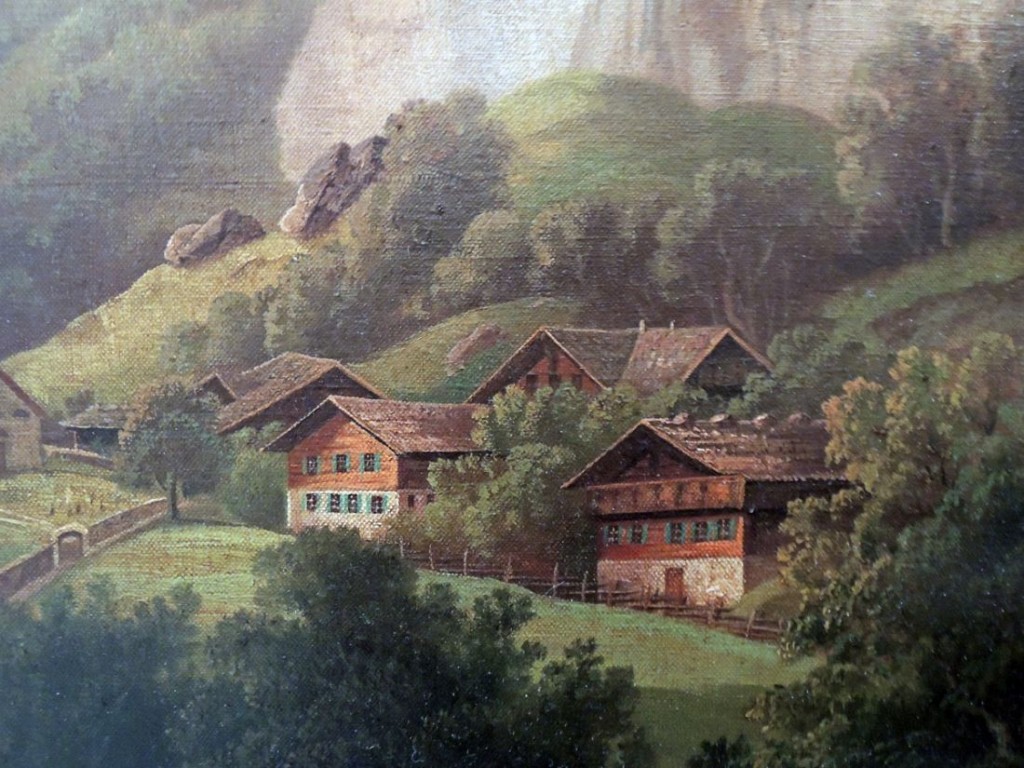 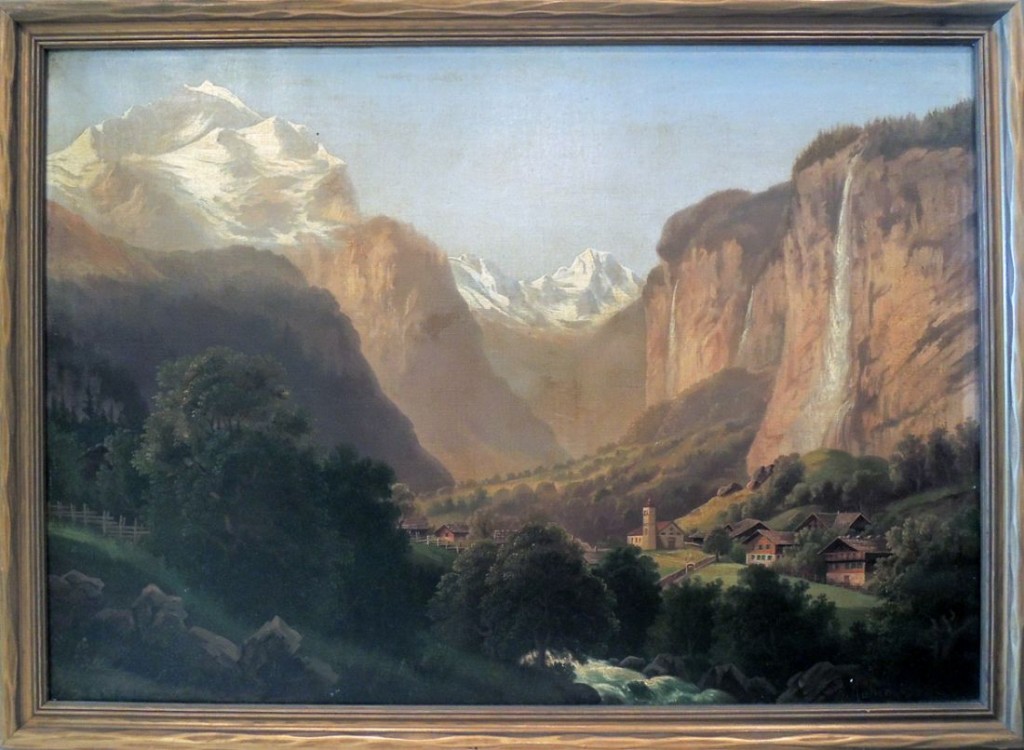 “After a variety of windings came to an enormous rock. Arrived at the foot of the mountain, (the Jungfrau, that is, the Maiden) glaciers; torrents; one of these torrents nine hundred feet in height of visible descent. Lodged at the curate’s.

Set out to see the valley; heard an avalanche fall, like thunder; glaciers enormous; storm came on, thunder, lightning, hail; all in perfection, and beautiful . . . Swiss curate’s house very good indeed—much better than most English vicarages. It is immediately opposite the torrent I spoke of. The torrent is in shape curving over the rock, like the tail of a white horse streaming in the wind, such as it might be conceived would be that of the ‘pale horse’ on which Death is mounted in the Apocalypse.

It is neither mist nor water, but a something between both; its immense height (nine hundred feet) gives it a wave or curve, a spreading here, or condensation there, wonderful and indescribable. I think, upon the whole, that this day has been better than any of this present excursion.” –Lord Byron, “Extracts from a Journal,” September 22, 1916, in The Works of Lord Byron: In Verse and in Prose, Including His Letters, Journals, Etc. (Firestone PR4350 .E46) 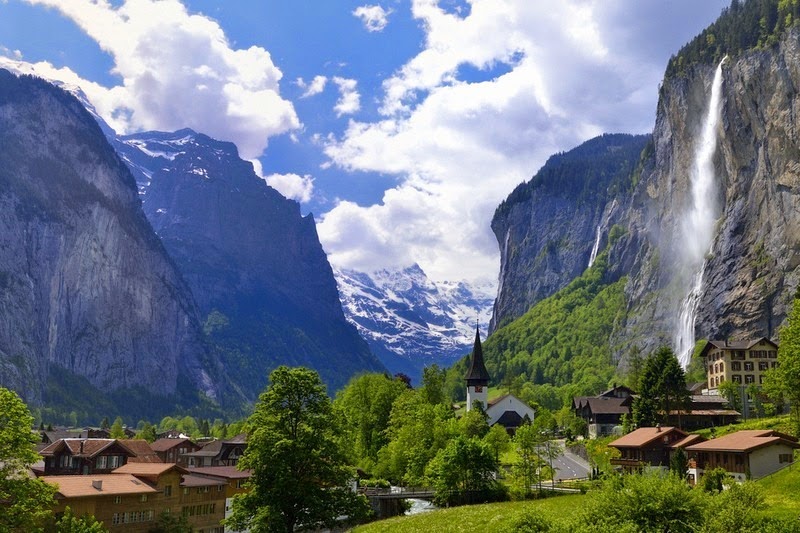