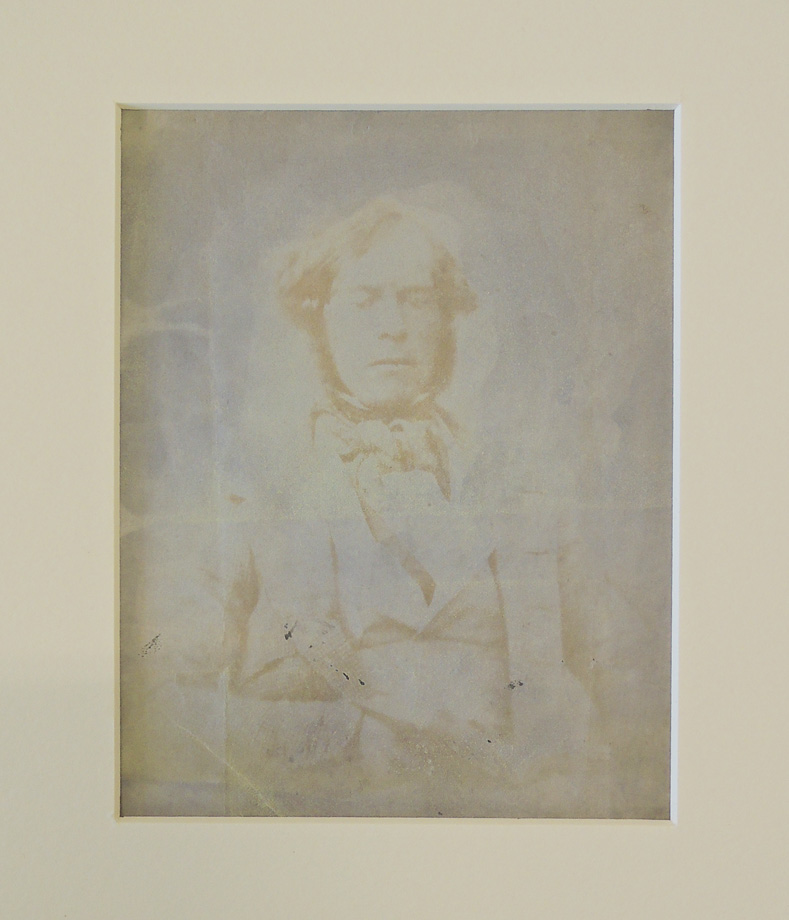 Henry Craigie Brewster (1816-1905) was the youngest son of Sir David Brewster (1781-1868). Henry first practiced photography in 1842, while on leave from the 76th “Hindoostan” Regiment of Foot. This might be a self-portrait from around that time, when Henry was 26 years old. It is among the earliest paper photographs.

The digital image at the top is a truer copy of the dark print. The image below has been lightened with PhotoShop to provide a clearer portrait. It is signed on the verso in several places “Capt. Brewster.” 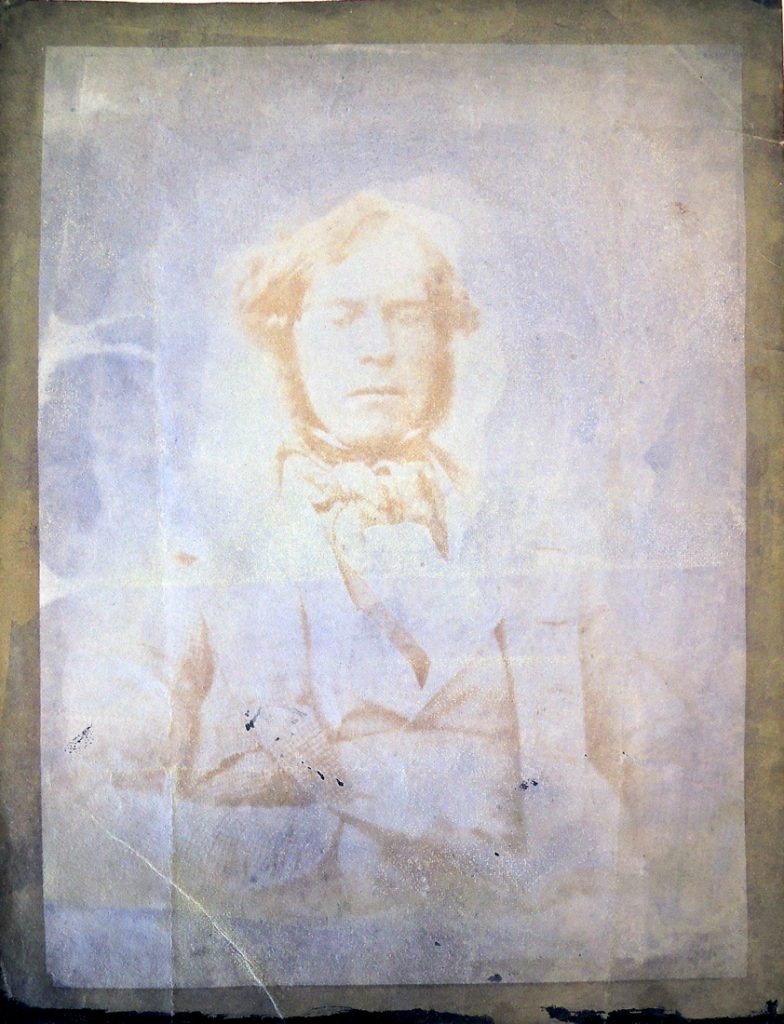 “Another member of the St. Andrews group, Henry Craigie Brewster (1816-1905), was Sir David’s fourth and youngest son. A captain in the 76th Regiment of Foot, he was named an honorary and corresponding member of the Literary and Philosophical Society in November 1840. In a letter written to Talbot in July 1842, Sir David mentions that his youngest son was on leave from his regiment at Newry.  During this leave Henry Brewster participated in the group’s photographic activities; Sir David mentions his work with that of the Adamsons and Major Playfair in an article on photography published in the Edinburgh Review in January 1843. A quarter of a century later, in The Home Life of Sir David Brewster, Mrs. Gordon recalled that her brother practiced photography under his father’s “superintendence” when home on leave, adding that “it was one of his father’s means of relaxation from heavier work to take positives from the negatives of his son and others.” Henry Brewster continued to practice photography after his return to his regiment in October 1842, and in May 1843 Sir David exhibited a group of his calotype portraits at the Literary and Philosophical Society.”– Graham Smith, Disciples of light (Graphic Arts Collection (GA) 2014-0693Q)